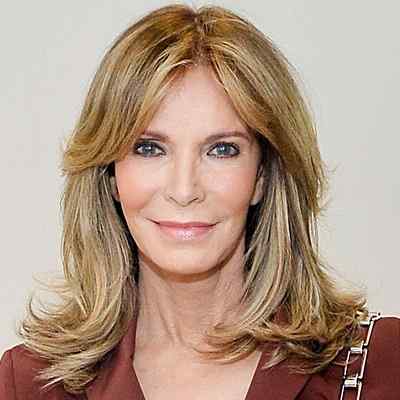 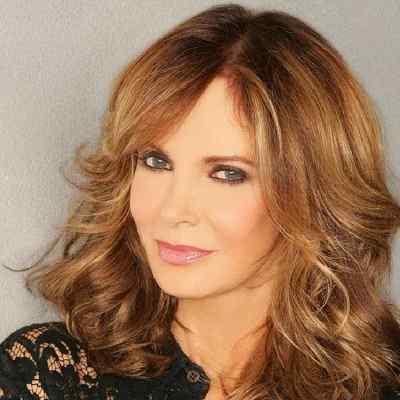 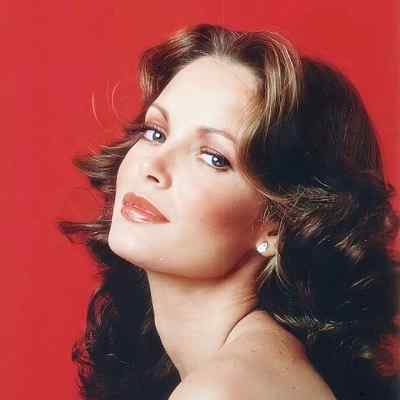 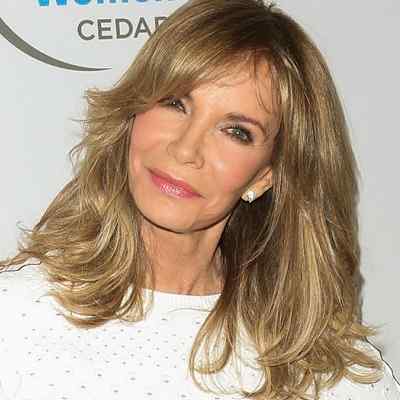 Jaclyn Smith is an American TV Actress. Jaclyn Smith featured on TV’s “Charlie’s Angels” as ‘Kelly Garrett’ and also was able to work as a K-Mart fashion icon. She is also a businesswoman.

Jaclyn Smith was born in Houston, Texas, USA, on October 26, 1945. She is 75 years old and is under the astrological sign, Scorpio. She holds American nationality and her full name is Jacquelyn Ellen “Jaclyn” Smith.

Her mother’s name is Margaret Ellen Hartsfield and her father’s name is Jack Smith. She also has one sibling whose name is Thomas Smith. It is known that her father was a dentist. Likewise, Jaclyn’s father was of Russian Jewish descent, whereas her mother had English, Scottish, Irish, and Welsh heritage. Other than this, nothing much about her family and family life is available as of now.

Regarding Jaclyn’s educational background and qualifications, she attended Mirabeau B. Lamar High School and graduated in the year 1964. She then was able to major in psychology and drama at Trinity University in Texas in San Antonio but completed only a year. Jaclyn, later on, moved to New York and was able to join the Balanchine School of American Ballet. 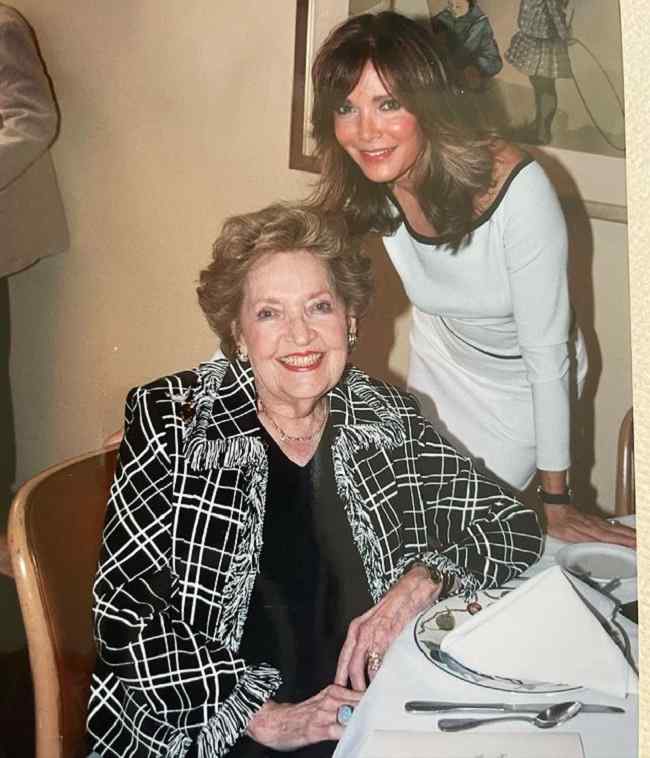 Caption: Jaclyn Smith along with her mother (Source: Instagram)

Jaclyn Smith’s wanted to become a model as well as an actress when she found work in television commercials and print ads, including one for Listerine mouthwash. She turned down the offer of the role of Victoria Winters on the ABC daytime series Dark Shadows in the year 1968. Then, she was able to land a job as a “Breck girl” for Breck Shampoo in the year 1971. Fortunately, after a few years, she was able to join the model/actress Farrah Fawcett for Wella Balsam shampoo as a spokesmodel.

Likewise, her first acting role outside the Angels mold was the CBS-TV movie of the week Escape from Bogen County in the year 1977. After that, she starred in The Users, Nightkill, Jacqueline Bouvier Kennedy, Rage of Angels, and Rage of Angels: The Story Continues. Moreover, in March 1976, she was able to play Kelly Garrett in “Charlie’s Angels”. The program was able to earn a huge Nielsen rating, causing the network to air it a second time and confirm production for a series. Later on, the series also became a big success not only in the U.S. but, around the world.

During the 1980s and 1990s, she appeared in a number of television movies as well as miniseries including George Washington, The Night They Saved Christmas, In the Arms of a Killer, Florence Nightingale, Windmills of the Gods, Settle the Score, Lies Before Kisses, The Rape of Dr. Willis, and Kaleidoscope, and Family Album. Then, in the year 1985, she was able to star in the feature film Deja Vu, and in the year 1989, in Christine Cromwell. In that same year, Jaclyn was able to receive a star on the Hollywood Walk of Fame.

She had a recurring role as Vanessa Cavanaugh in the TV series “The District” from the year 2002 to 2004.  She took a break from acting for some time and in March 2010, she returned to acting after a five-year absence with a guest role on the NBC television drama “Law & Order: Special Victims Unit”. Likewise, in January 2019, shewas seen promoting the Charlie’s Angels television series on the MeTV network.

Caption: Jaclyn Smith along with her co-stars (Source: Good Housekeeping)

She entered the business world in the year 1985. She entered with the introduction of her collection of women’s apparel for Kmart and was able to pioneer the concept of celebrities developing their own brands rather than merely endorsing others. Then, a season 15 episode of “The Simpsons” lampooned her many business successes, portraying her as having her own line of ax heads.

Likewise, she allowed a documentary crew to profile her home life and design philosophy in an online video series sponsored by Kmart in May of the year 2009. This furthered Jaclyn Smith’s Today product line of bedding and bath accessories. Furthermore, in September 2008, she was able to launch the STYLE by Jaclyn Smith wig collection for Paula Young Wigs.

Jaclyn Smith married four times. Her first marriage was with an actor Roger Davis from the year 1968 to 1975. She then went on to marry Dennis Cole. He is an actor who appeared on Charlie’s Angels in the year 1977 and the year 1978. However, he stopped appearing when the couple divorced in the year 1981.

Likewise, Jshe tied the knot with filmmaker Tony Richmond in the year 1981. The couple had two children, Gaston and Spencer Margaret. However, they then divorced in the year 1989. Finally, her fourth marriage was with Brad Allen. They tied the knot on October 11, 1997, and are still happily married. Brad Allen is a Houston cardiothoracic surgeon. 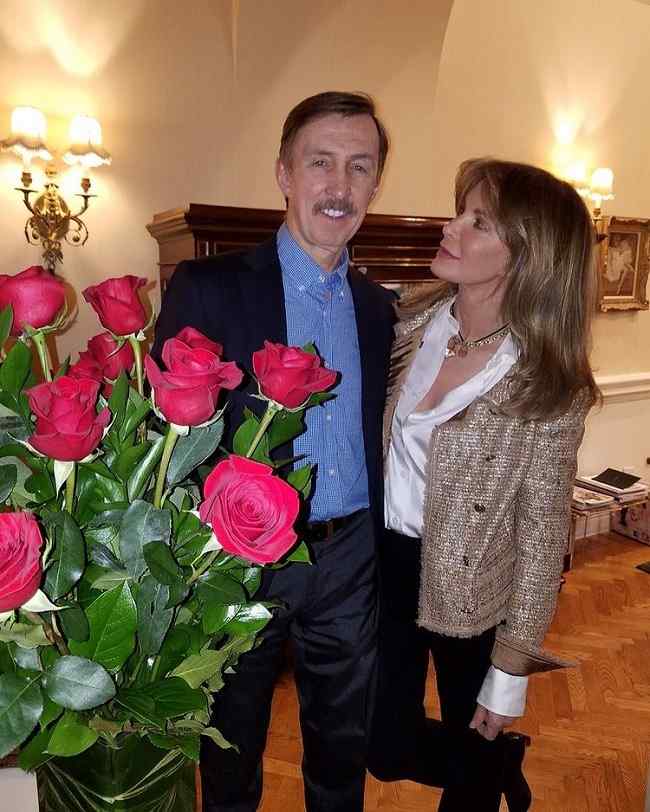 Jaclyn Smith has a height of 5 feet 7 inches and her weight is 56 Kg. Smith’s other body measurements such as her chest size, waist size, and hip size, are 33-24-35 inches respectively. Moreover, Jaclyn has brown hair and green eyes.

Jaclyn Smith is pretty active on all of her social accounts. She has garnered 153K followers on Instagram and 46.9K followers on Twitter. Likewise, she also owns a Facebook account and has 622K followers until now.

According to celebritynetworth, she has a net worth of $150 million and her main income source is her career of acting and being an entrepreneur.