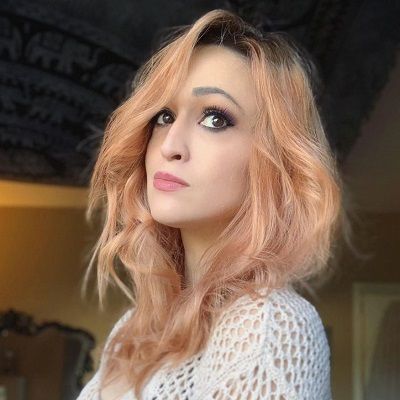 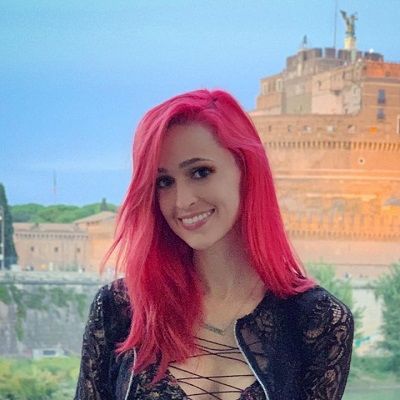 Jaclyn Glenn is an American Youtuber. Jaclyn Glenn is famous for being an atheist commenter who talks about Politics, Religion, Animal rights, LGBTQ rights, Feminism, and atheism. She is also a writer and has appeared on television programs.

Jaclyn Noel Glenn famously known as Jaclyn Glenn was born on 25th March 1988 and is 34 years old. Her zodiac sign is Aries. She was born in Tampa, Florida. Likewise, her nationality is American and her ethnicity is Roman Catholic. She was born to Stephen Hornbeak and Alida Bostick Glenn. Likewise, she also has a sister named Alyssa and both were raised in Palmetto. 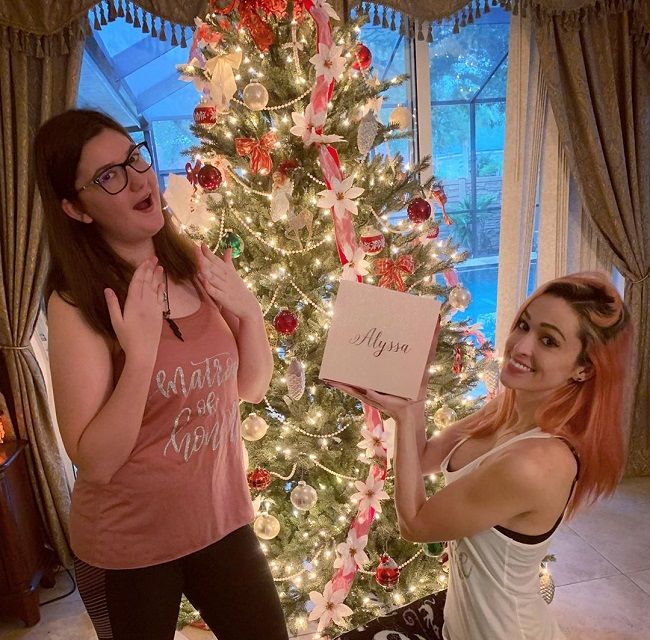 Furthermore, she majored in Biomedical Science and attended the University of South Florida. She later became a primary healthcare physician while attending medical school. However, she later dropped out of her medical school and started her Youtuber journey, and slowly gained success.

However, since childhood, she was very revolting. She grew up as a Catholic and was reverent at it. She had quite conflicting views upon it due to the way it treated divorce. Due to this she follows atheism and is an atheist even though she was born Christian. Nevertheless, her Youtube journey too started with her giving her opinions on it. Likewise, she became a vegetarian in 2010, however, currently, she follows a pescatarian diet.

Jaclyn began her Youtube career on 23rd March 2011. Ever since she has gained 822K subscribers as of March 2020. She uploaded her first video, ‘My First YouTube Video’ on 23rd march 2011. She expressed how other videos on the Youtube channel have affected her viewpoint and her thinking and it has gained 67K views. Likewise, she has also uploaded videos like, ‘How I became a Vegetarian’ when she turned into a vegetarian in the year 2010. Similarly, she is famous for expressing her viewpoints through her vlogs to viewers. She has uploaded videos like, ‘God never gives us more than we can handle!’, ‘Is there a God?’, and ‘Jesus was a Vegetarian?’

Furthermore, her most viewed videos are ‘I Wrote a Song Using My Ex-Boyfriend’s Cheating Texts’ which she uploaded on 30th March 2018. This video surpassed more than 8.5 Million views on her YouTube channel. It was the highest-viewed video on her channel. Likewise, her other popular videos include, ‘Atheist vs Preacher’, ‘The Return of Eugenia Cooney- The Real Truth’, ‘I’m an idiot, ‘Atheist vs Muslim’, and ‘Disproving Christianity: Jesus is a Lie’ has gained more than 1 Million views.

Her recent upload is about her review of young Christian couple Paul&Morgan. She uploaded a video, ‘Morgan (From Paul & Morgan) Needs Help’ on 24th February 2020. In which Morgan reacted and she made another video, ‘Morgan Responded. Now I’m really worried…’ on 18th March 2020.

Likewise, she has also made her way to an acting career. She has acted on popular TV shows like ‘Alex and the Single Girls’ and ‘The Millionaire Matchmaker.

She has not shared much about net worth and total asset valuation. However, through online sources like IMDb, and Forbes, her net worth is around $100,000 – $1 million which she earned primarily through Youtube.

She rose to fame through her controversial viewpoint about religion in her videos. Her atheist nature has made her both controversial and popular. She consistently spoke in favor of atheist views and critically analyzed and challenged religious beliefs. Furthermore, she soon became the voice of atheists and gained much attention from fellow atheists too. Even Atheist leader Richard Dawkins is much influenced by her way of thinking and is a fan of her.

She gained public attention when wrote the famous comedic song, ‘Hump Trump: Official Donald Trump Song’ in the year 2016. She wrote the song during US Election 2016 and gained a lot of attention from the general public.

Jaclyn’s relationship journey has been more like a rollercoaster. She has been in a very complex maze of dating and breakups.  In the year, 2010, she met Dave Days and they started dating and eventually broke up. Furthermore, in February 2015 she started dating Toby Turner a Youtuber. However, things did not turn out well between them too. She started accusing Toby of pressuring her to ‘do things; she felt uncomfortable doing, and the couple ended their relationship.

Likewise, in the same year, she began her relationship with Electronic dance-pop singer Richie Giese. The two couples began to be in a serious relationship and even exchanged wedding vows but did not recognize them legally. However, this relationship also did not work well. Eventually, after a year she and Giese divorced a year later. She later stated that Giese cheated on her. However, through all her bad past in the relationship, she is currently dating David Michael Frank. They have engaged and will marry soon. Both have a Youtube channel together, ‘Jaclyn & David Vlogs’ which has 135K subscribers. 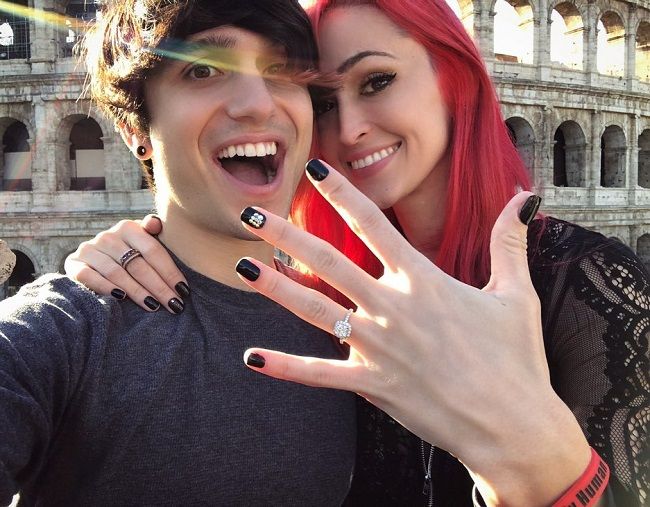 Caption: Jaclyn with her fiance David in Rome. Source: Instagram.

Jaclyn has a curvy body type. She stands the height of 70 inches tall and weighs between 131-160 lbs. Her hair color keeps on changing, now she has blonde hair color, and she has dark brown eye color. 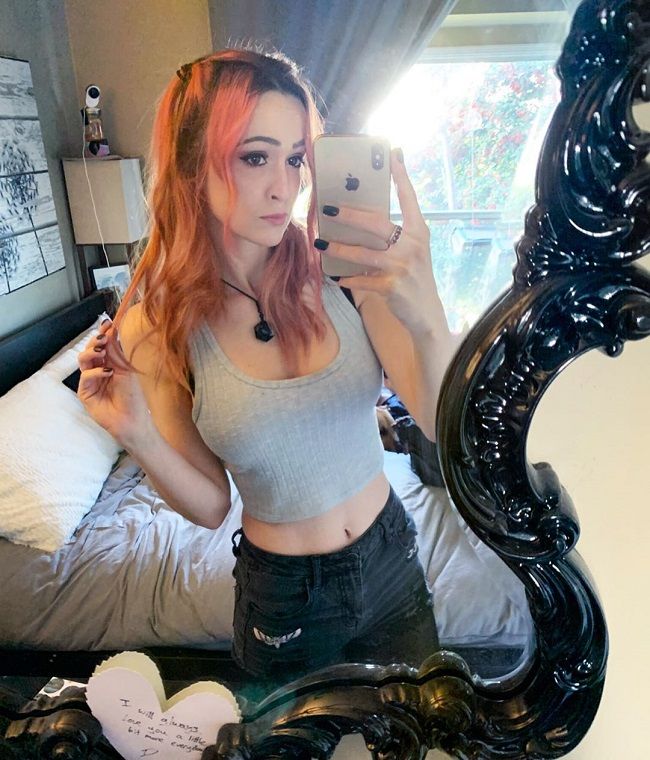 Furthermore, reflecting on her social media presence, she is quite popular in Social Media. She joined Twitter in October 2011 and her Twitter handle is @JaclynGlenn and has 142K Followers. Likewise, her Instagram account is @jaclynglenn, and has 209K followers. She has two Youtube channels, ‘JaclynGlenn’ and ‘Jaclyn & David Vlogs’.