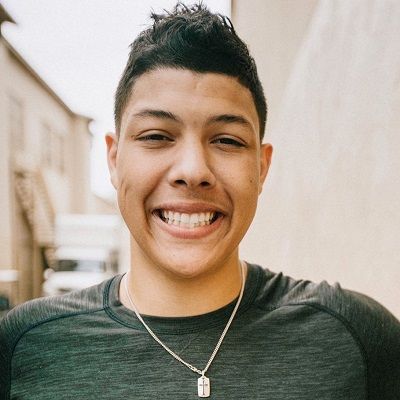 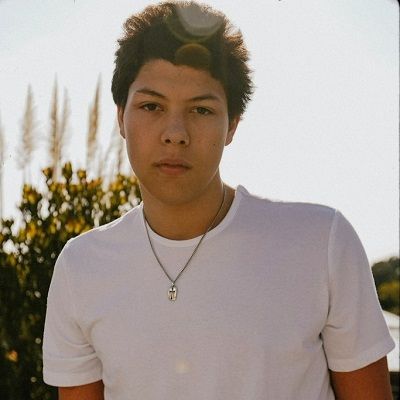 Jackson Mahomes is an American social media personality. Jackson Mahomes gained massive popularity for showcasing his lifestyle on his self-titled Instagram account. He is famous as the brother of NFL star quarterback Patrick Mahomes II.

Jackson Mahomes was born on May 15th, 2000, in the United States. As of now, his age is 22 years old and his sun sign is Taurus. His father’s name is Pat Mahomes and his mother’s name is Randi Martin. Moreover, his father was also a professional athlete.

He has two siblings, a brother named Patrick Lavon Mahomes II and a younger sister named Mia Randall. His brother is a professional football player who serves as a quarterback for the Kansas City Chiefs of the National Football League.

Moreover, reflecting on his studies, he goes to school.

Like his father and brother, he got loved sports from an early age. He followed his brother’s footsteps at Whitehouse High School but played basketball instead of football. 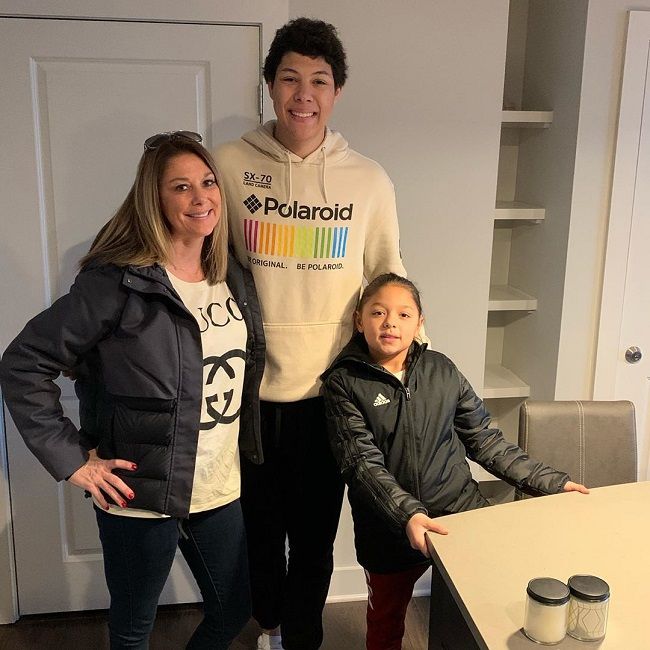 Caption: Jackson Mahomes clicking a picture with his mom and sister. Source: Instagram

Jackson is active on different social media sites. His Instagram account ‘@jacksonmahomes’ has earned over 153K followers. He is also active on Twitter with more than 20.2K followers.

Likewise, he is available on Snapchat under the username ‘@Jacksonmahomes5’. He is quite popular on TikTok with more than 597.7K followers and more than 13.9 million likes. Moreover, his self-titled YouTube channel has gained only 18.1ksubscribers.

He was pictured with his brother Patrick Mahomes II at the NFL Draft following his being taken by the Kansas City Chiefs.

He has also earned more than 550,000 fans to his verified ‘@jacksonmahomes’ TikTok account. He has won the hearts of millions of people with his lip-sync videos on the very platform.

He came into the limelight and catches the attention of the public through his TikTok videos and Instagram account. Further, he is primarily famous for comedy video clips, dancing videos and performing lip-syncs on TikTok.

He created a self-titled YouTube channel on April 17, 2020, but has not posted videos yet. 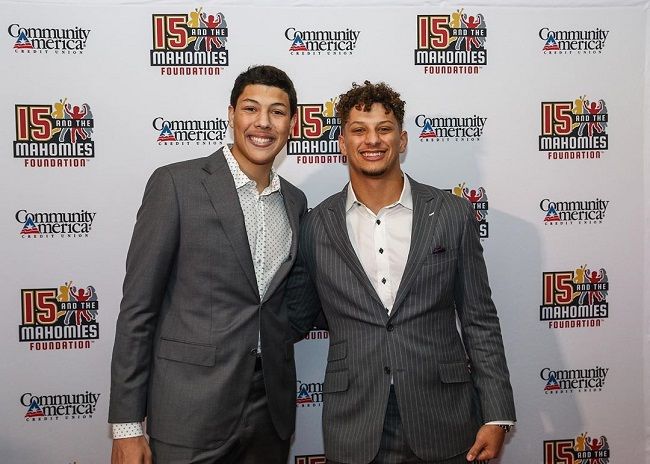 Jackson has never opened up about his personal life. He might be in a relationship with someone but he has not shared about it.

Additionally, he has always been in speculation about being gay and there are pages on the internet that share the information about him coming out. However, he has not admitted it by himself.

As of now, he is focusing on his career and is developing his skills. Besides this, through his personality and dashing height, many of his fans are attracted to him. He has even gained a huge platform at a very small age.

How tall is Mahomes?

He has maintained a fit and healthy body physique. Jackson stands tall at a height of 6 feet 6 inches. He has not mentioned his weight but has a matching weight that matches his body structure.

Moreover, he has curly dark brown hair and eyes of the same color. There are no further details regarding his body stats. 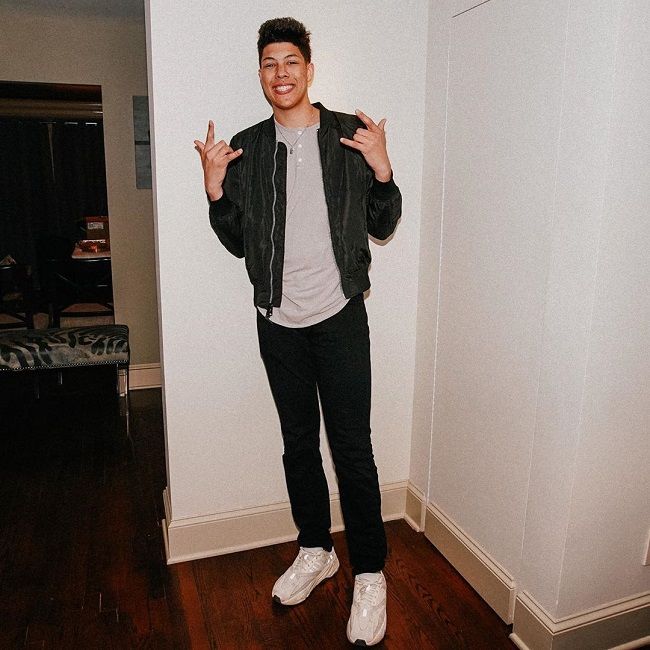 He might earn a decent amount of money through his profession. His social media activities might generate a good amount of money for himself. However, he has not disclosed his earnings and net worth to the public yet.