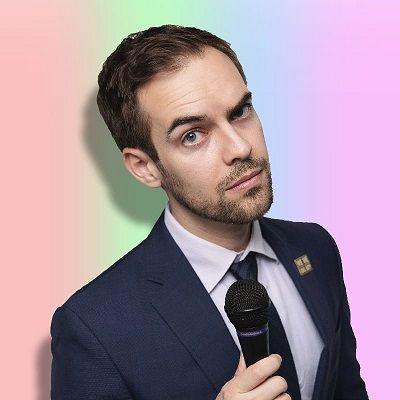 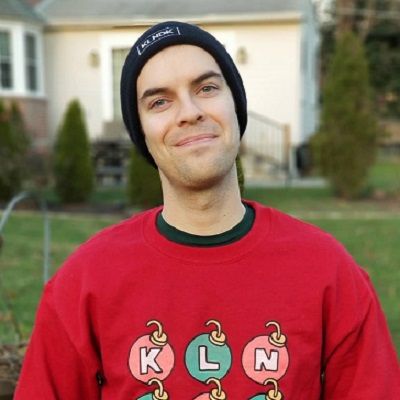 Jacksfilms is an American social media personality and Youtube star. Jacksfilms is the founder of the Youtube channel ‘Jacksfilms’. Likewise, he is famous for his infomercial parodies spoofing products from the ShamWow to the Snuggle.

Jacksfilms was born on June 30, 1988, and is currently 34 years old. His birth name is John Patrick Douglass and his zodiac sign is Cancer, Likewise, he was born in Columbia, Maryland, United States of America, and holds American citizenship. Similarly, his ethnic background is mixed and follows his family follows Catholic. Douglas has a mixed ethnic background of Irish, Italian, Scandinavian, and Ashkenazi Jewish descent.

Likewise, about her family members, Douglas has not shared his parents’ names in the media. He has two older sisters. During their high school days, he started developing a love for music and began playing instruments like the French horn and piano. Likewise, during his senior year of high school, Douglas was given the assignment of making a video about the books he read during the year. Soon he made a film series of short videos and began using Youtube.

Furthermore, regarding his educational background, he completed his elementary and middle school in Maryland. Likewise, he completed his high school at Atholton High School. Further, he went to American University which is a private research university in Washington DC. Douglas majored in film and minored in music theory at his graduation.

Regarding his net worth, Douglas is an American social media personality, musician, and comedian. Likewise, his primary source of income is his popular Youtube channel. Moreover, he has a net worth of around $8 million. However, there is no information regarding his asset values like houses and cars.

Jacksfilms started his career in social media through his Youtube channel ‘Jacksfilms’ on 27th June 2006. Likewise, he uploaded his first video ‘HANDY PEN’ on 26th June 2006. This video was a commercial for a fictional device featuring himself along with his family members. Followed by this, he uploaded another video ‘DJ PLAY THIS GIRL A LOVE SONG- BEACH VERSION’ on 10th July 2006. This is a 30-second lip-syncing music video. His early posts were parodies of infomercials and Apple products.

Likewise, his early content included a parody of smartphones like Samsung and Apple and his first parody was of iPhone 4S. Moreover, as of now, Douglas has posted 1,210 videos having more than 2.2 Billion views on it. Likewise, the most popular video on his channel is ‘THE WTF BLANKET (SNUGGIE PARODY)’ having over 24 million views on it. He posted this video on 22nd January 2009 the highest views video. Likewise, another popular video is ‘FIXING YOUR FLAGS (YIAY#276)’.

Douglas posted this video on 28th July 2016 and has more than 18 million views on it. Likewise, he currently has over 4.73 million subscribers on his channel. Similarly, Douglas mainly posts content like ‘Parodies’, and ‘Music Videos’, and also posts content in a series form.

In June 2011, Douglas started the series ‘Your Grammar Sucks’ in which he featured reading user-submitted comments with grammatical and spelling errors. This was the major recurring series that made him grow into self-created songs and comedic sketches. Likewise, on the 100th episode, YGS 100, he made an hour-long special episode featuring animation, music, and other 52 Youtubers.

In this episode, he announced the ending of the YGS special and will be focusing more on parodies, music videos, and sketches.  He released the trailer of the episode on 30th October and released the full-length episode on 20th November. However, till 24th November 2017, the series was on hiatus for nearly a year and he made YGS episode 113.

Likewise, he uploaded episode 114 on 2nd December 2017. Likewise, this series was continued and he collected photos for new episodes. Moreover, in 2019, he created a poll on his community post asking to bring YGS back fully.

Likewise, Douglas started a Q&A style series ‘JackAsk’ which he uploaded each Wednesday. His videos were parody Q&As by answering both serious and facetious questions which he replied to sarcastically and humorously. Similarly, he also has a PMS series which is an acronym for ‘Parody, Music video, and Sketch’. In this series, he does either one of the three on each new episode.

This is the parody series of the popular Youtube channel ‘Let’s Plays’. In this series, Douglas has personified himself as GamerGod88. This character is awful and unknowledgeable in the field of gaming and also has a distinct voice making his character unique and more dumb and immature.

In this series, he has played various games like fake ‘Let’s Plays of Flappy Bird’, ‘God of War’, ‘Minecraft’, and ‘Five Nights at Freddy’s, and a fake game ‘Undress the Girl’. Moreover, he has often been featured with fellow Youtube stars like Markiplier, Tobuscus, KULEDUD3, Olga Kay, and McGuire.

Jacksfilms made this YIAY series, ‘Yesterday I Asked You’ from his second channel ‘Jackisanerd’ on 2nd February 2015 in which he started this series. In this series, he asks his fans a question and picks his favorite answers which he featured in his coming video. Likewise, in May 2020, he had a total of over 500 episodes making this series the biggest on his channel.

Similarly, Douglas did a live version of his series as ‘YIAY LIVE’ in which he uploaded a question in which the live viewers had to compete for the best answer. Moreover, he has also done a YIAY series tour in various states. 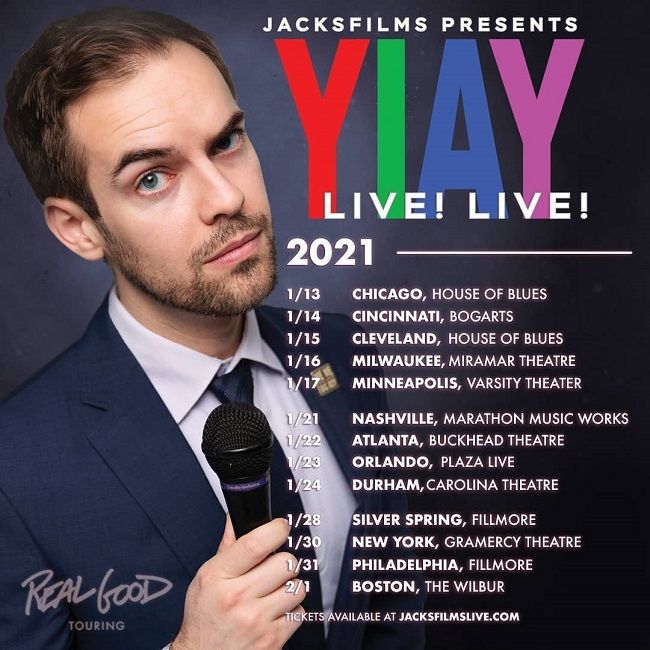 Jacksfilms has been in a social media career for more than a decade. Likewise, he has over a billion subscribers on it. With the passion and dedication he puts into his work, Douglas received the ‘Youtuber of the Year’ award at the Shorty Awards in the year 2018. Similarly, he received the ‘Comedy’ award under ‘Streamy Awards’ in the year 2019. Likewise, he was nominated for the ‘Overall Comedy’ award under the ‘Streamy Awards’.

There is no information about his body measurements like height, weight, and vital stats. However, looking at his physical appearance, he has an average body type with fair skin which complements well with his light brown eyes and hair color.

Regarding his relationship status, Jacksfilms is straight and married. He married on 21st April 2018 to Erin Elizabeth Breslin. As of now, they do not have any children but the couple owns three American Eskimo dogs named Klondike, Sundae, and Chipwich. 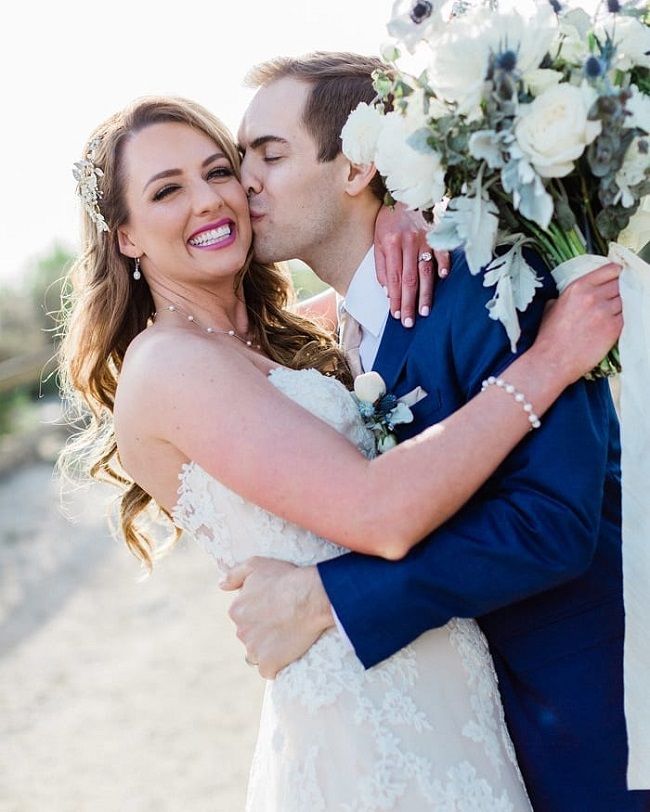 Caption: Douglas with his wife at their marriage. Source: Instagram