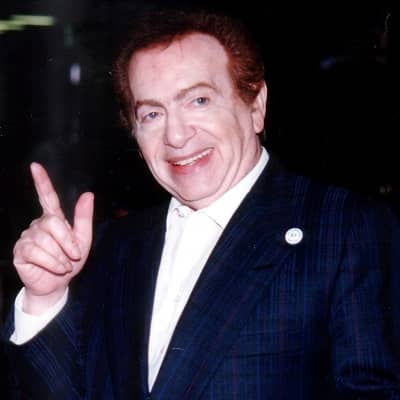 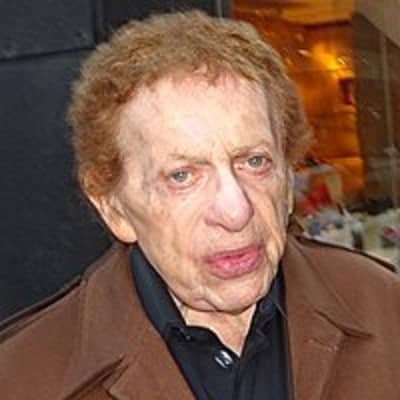 Jackie Mason was an American popular stand-up comedian, writer, and actor. Jackie Mason had appeared in several movies including The Jerk (1979), History of the World: Part I (1981), and Caddyshack II (1988).

Jackie Mason was born on 9th June 1928 in Sheboygan, Wisconsin, United States. The real name of Jackie is Yacov Mesha Maxa. Likewise, he is the 4th and last son in a family of six children of strictly Orthodox Jews. His father’s name is Eli Maza and his mother’s name is Belle (Gitlin). They were born in Minsk and moved to the U.S. in 1920.

His parents were Yiddish-speaking emigrants from Smalyavichy, Minsk, Belarus. Eli Maza was a rabbi at a congregation in Sheboygan at the time of his birth and moved to the lower East Side of Manhattan.

Talking about his education status, Jackie studied his high school at a local school in his hometown. And, from the City College of New York, Jackie graduated with a  Bachelor of Arts degree in his double major of English and sociology in 1953.

As per the online sources, on July 24, 2021, Jackie passed away due to a breathing problem at Mt. Sinai Hospital in Manhattan at the age of 93 after being hospitalized for two weeks. His family, many celebrities, and other notable figures mourned his death. It was a significant loss to his family as well as his loved ones.

In 1955, Jackie began working as a comedian at the Fieldston Hotel in Swan Lake, New York for a long period of time. Likewise, in 1960, he starred on and off on the American TV show ‘The Ed Sullivan Show, which was broadcast on the CBS network.  After that, in 1962, he appeared on the show The Finger.

In 1979, he appeared in the successful hit movie The Jerk, an American comedy directed by Carl Reiner. Similarly, in 1980, he started his own one-man comedy show ‘The World According to Me’, in Hollywood at Beverly Hills. In 1986, his show premiered on Broadway and Jackie delivered his first performances for Broadway audiences. His show was a major hit among many audiences and gained him the status of a gifted comedian in the New York entertainment circuit. 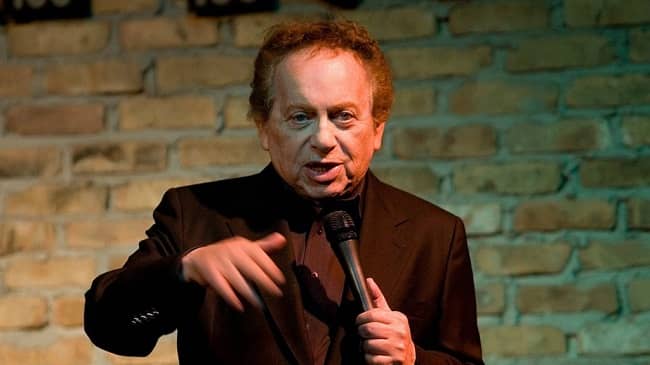 Caption: An American Comedian, Jackie Mason during one of his shows (Source: www.timesofisrael.com)

At the Brooks Atkinson Theatre, New York, he opened his solo comedy show ‘The World According To Me’ on 2nd May 1988. Whereas, an American actor played a minor role in the tv sitcom ‘Chicken Soup’, an ABC series in 1989. And, in 1992, he won a Primetime Emmy Award for Outstanding Voice-Over show for his voice-Over of Rabbi Hyman Krustofski for The Simpsons episode of ‘Like Father, Like Clown’.

After that, he started his own daily talk show ‘The Jackie Mason Show’ in 2005 and broadcast on the CN8 network every Friday night from 8 to 8:30 p.m. Further, he and his friend, Raoul Lionel Felder hosted the weekly PBS tv talk show ‘Crossing The Line’ and the BBC radio show The mason-Felder Report.

Likewise, he hosted a radio program ‘The Talk Radio Network’ from 2006 to 2008. This show includes topics like politics, current affairs, and the interview of many prominent personalities. Also, in 2010, he appeared in the full-length feature film ‘One Angry Man’ which was directed by Peter LeDonne. Similarly, he was also a part of the video podcast ‘Answer Me This’ to promote his stand-up comedy show Fearless.

Jackie received a Special Tony Award in 1987, for his one-man show The World According to me. Likewise, in 1999, he had nominated for a Laurence OlivierTheatre Award for Best Entertainment Category for the 1988 season for his one-man show Much Ado About Everything. Also, Jackie won an Outer Critic’s Circle Award, an Ace Cable, Emmy, and Grammy awards when he transferred it to other mediums.

Jackie Mason lived a comfortable life with his family. Thanks to the fame and fortune he earned from his work today. Moreover, his total net worth is about $9 million USD as of 2022.

Moving on toward his romantic and private life of Jackie, he was a married man. He married Jyll Rosenfield on 14th August 1991. The couple had one daughter named Sheba Rosenfeld. Apart from it, he had no affairs with any other person. 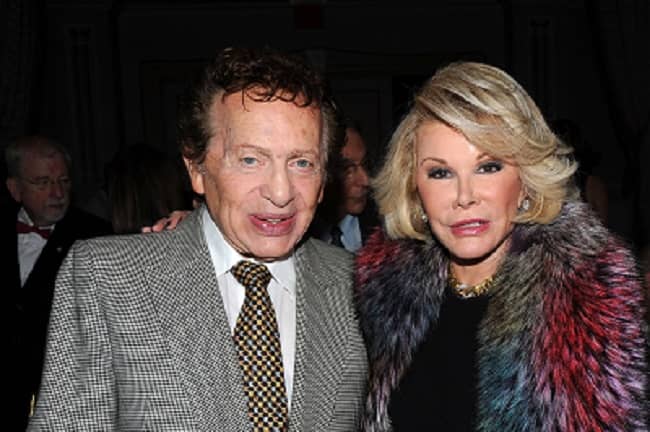 Jackie Mason stood about 5 feet 5 inches or 1.65 m and weighed around 68 kg. While he had black eyes and black-colored hair.

Talking about his social media, Jackie Mason was not present on online social media platforms then.