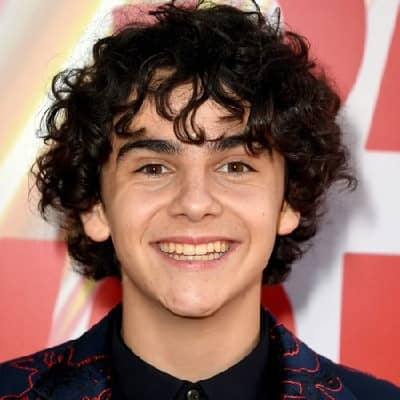 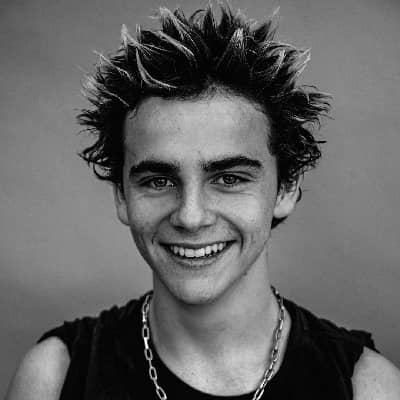 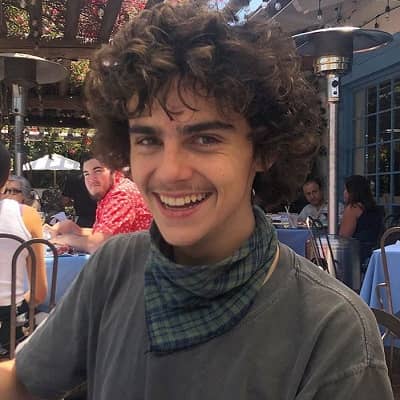 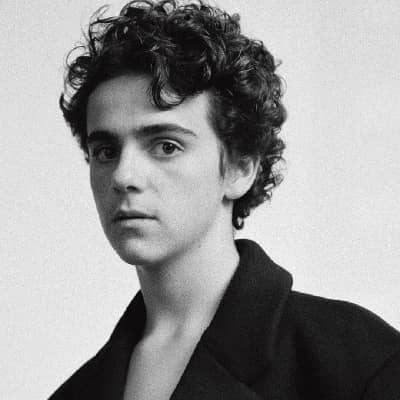 Jack Dylan Grazer came to this world on September 3, 2003. He was born and raised in Los Angeles, California, USA. He is currently 17 years old and his birth sign is Virgo. His parents are Angela Lafever and Gavin Grazer, an actor. His uncle, Brian Thomas Grazer is a movie producer in Hollywood. Thus, he grew up in a family with a film-production background. His grandparents are Arlene Becker Grazer and Thomas Grazer, a criminal defense attorney.

Further, he has a younger brother named Bowie Gavin Grazer. Grazer sponsors a scholarship at the Adderley School, where he is an alumnus, for two students annually. Moreover, The Hollywood Reporter named him as one of the top 30 stars under age 18. 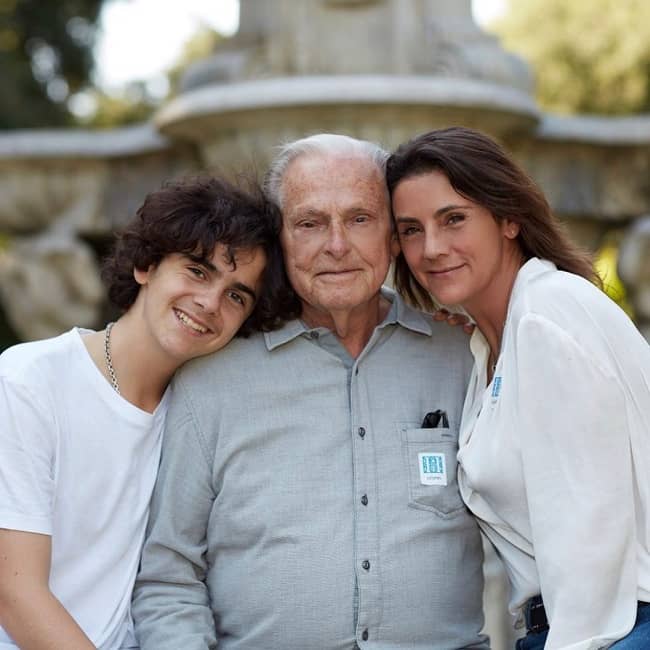 He never afraid of hard work, always with a smile on his face, and with determination, he was invited into the ARTE program (Adderley Repertory Theatre Ensemble) at The Adderley School For The Performing Arts where he’s performed in multiple productions.

He practices Kempo. He enjoys boogie boarding, surfing, creative writing, and scriptwriting. Moreover, he likes to shoot videos with friends and publish them online. In the future, he plans to write, direct and produce films, along with acting. Further, he is a strong supporter of “Stomp Out Bullying”. He is a good writer and refers to himself as not just an actor, but also an upcoming and budding writer.

Jack has appeared in a number of commercials. His first acting ventured happened with a 2014 TV series ‘The Greatest Event in Television History.’ This was followed by a guest role in the 2015 comedy ‘Bang, Bang!’. For his school project, ‘Family is Family’, he filmed a documentary, which won him the ‘Best Documentary Award’ in his school.

Further, he made his movie debut with the 2015 horror-comedy anthology film ‘Tales of Halloween’. He was invited to the ‘Adderley Repertory Theater Ensemble’ program and worked in some of their productions. The film adaptation of Stephen King’s novel ‘It’ (2017) was Grazer’s first major studio movie.

Therefore, this horror film proved to be a commercial success and his portrayal of ‘Eddie Kaspbrak’ brought him fame and recognition. Additionally, he appeared opposite Bill Skarsgard.

Moreover, in 2017, he appeared in another film, ‘Scales: Mermaids are Real’. He essays a recurring role in the CBS comedy series, ‘Me, Myself and I.’ He plays the role of ‘young Alex Riley’ in it. 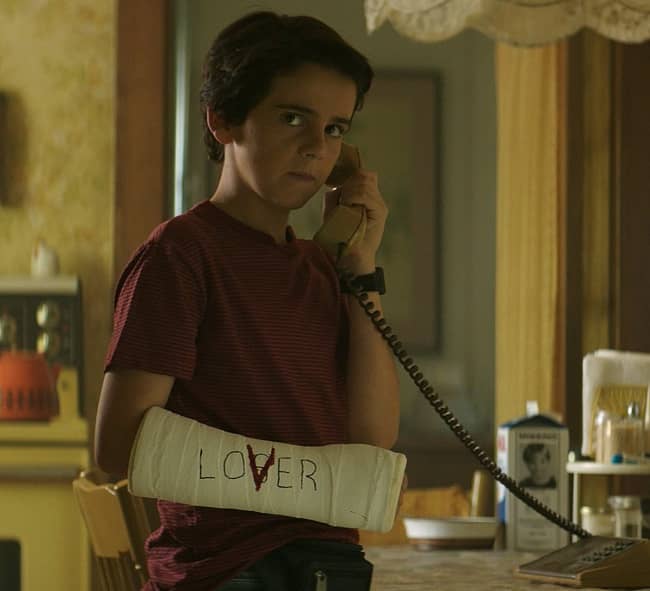 Caption: Jack Dylan Grazer in the movie ‘It’. Source: Twitter

Further, He also starred on the CBS series Me, Myself, and I, and portrayed Freddy Freeman in the 2019 DC Comics film ‘Shazam!’. The latter is a superhero film in which Grazer plays a friend of the superhero, who eventually becomes a hero himself. Moreover, he also appeared in ‘It: Chapter Two’.

He also won an award in the ‘Best On-Screen Team’ category alongside other members of the cast for their work in ‘It’. Moreover, in 2020, he won a Next Generation Award and an HCA award.

Jack was dating Ellie Hiyar in 2017. He and Ellie have been photographed hugging and kissing and spending time together with their mutual friends in the past. They broke up in 2018. Grazer and Emmy Perry have not confirmed their relationship yet. But he often uploads pictures with her on his Instagram account. 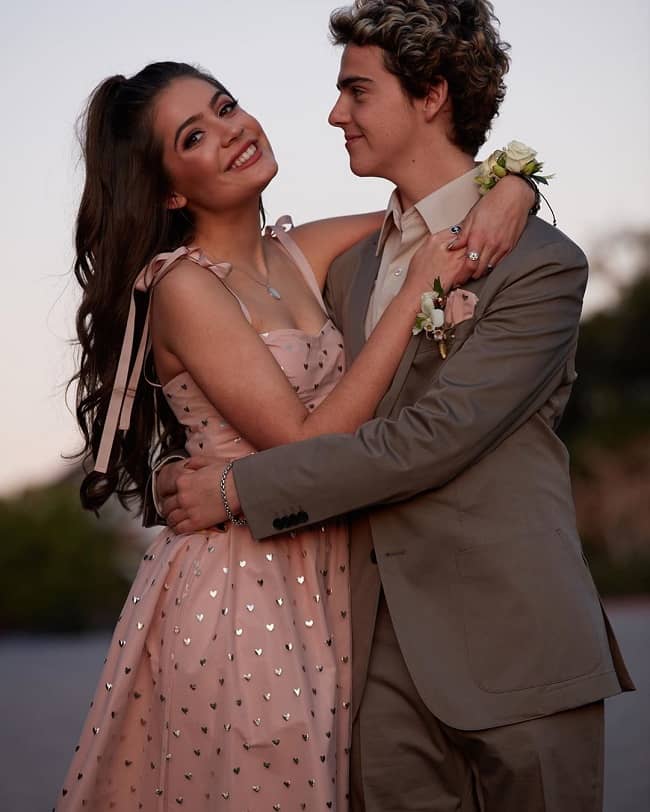 He had an Instagram video that showed him smoking a blunt, and an e-cigarette for which he later posted an apology video saying he did it because of peer pressure and opined that weed is stupid and he has learned his lesson. He went ahead to say that if someone was encouraging you to take drugs, then you should report the same.

Apparently, he made the apology video on the insistence of his family, and management team. He has spoken against some fans talking in sexual innuendos about him and his, It co-star, Finn Wolfhard asking if they were both gay. These fans also gave them the tag, Fack, mixing both their names. The two actors were showed as best friends in the movie ‘It’. And, they are best friends in real life too.

This talented and young personality stands tall at a height of 5 feet 6 inches. Similarly, he has a body weight of around 61 kilos. Moreover, he has a pair of hazel eyes and his hair color is dark brown. He has an amazing and charming personality. 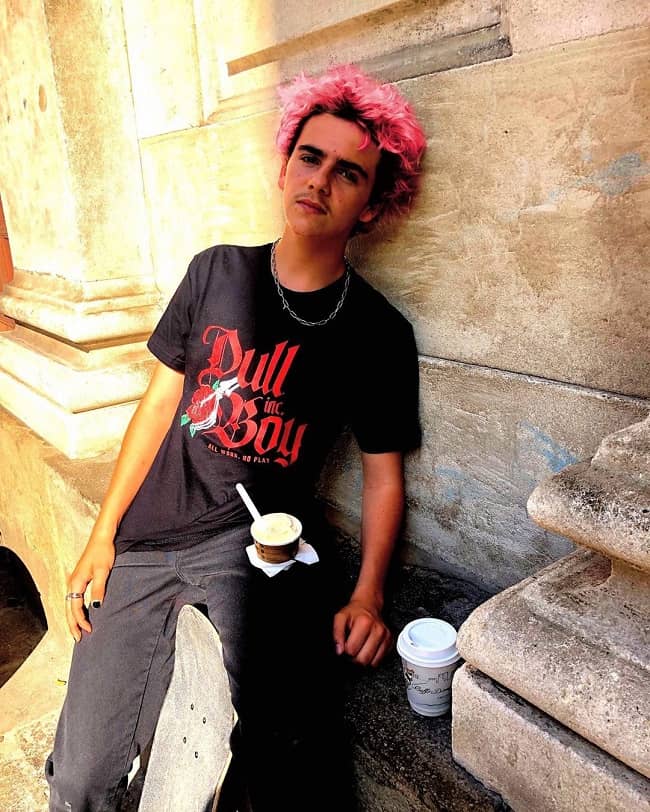 Jack has accumulated a lot of cash at a young age. He has not revealed his earnings and net worth publicly yet. However, this young actor surely earns a great amount of money through his acting debuts.