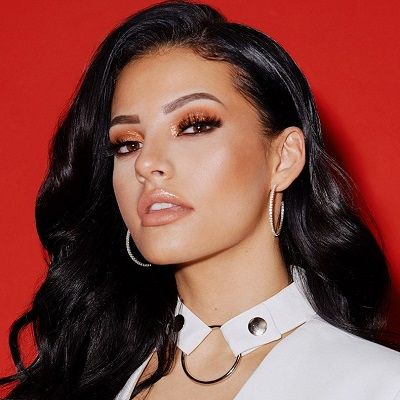 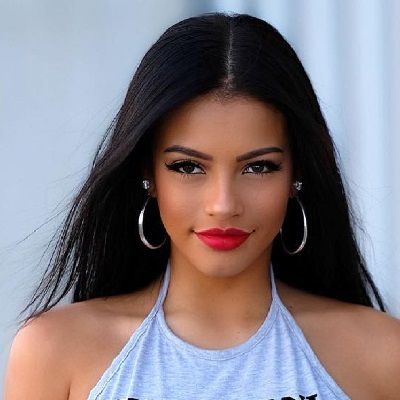 Ivana Santacruz is a German fitness model and influencer on Instagram. Ivana Santacruz rose to fame after posting dance, lifestyle, and dance videos on her Instagram account. She also has her merchandise and Youtube channel and she is also a brand ambassador of Puma, Zalando, and Mercedes-Benz.

Ivana Santacruz was born on January 23, 1996. Talking more about her birth details, she was born in Puebla, Mexico. Her mother is Mexican, whereas her father is Italian. But, their identity hasn’t been disclosed yet. When she was 5, her mother moved to Paderborn. Before this, she grew up in Tlaxcala in Mexico. She also went to Germany along with her mother and grew up alongside her stepfather.

Fitness freak Ivana has a birth sign of Aquarius. 26 years old Ivana is Mexican by nationality and multiracial by ethnicity, i.e.  Mexican-Italian. Santacruz has one elder and one younger brother. But she hasn’t revealed who her brothers are till the date. As a child, she was an introvert, who found hideaway in music and dance. Though she seems to be a hardcore party girl, it is ironic to think so. She loves movies rather than pubs and parties. 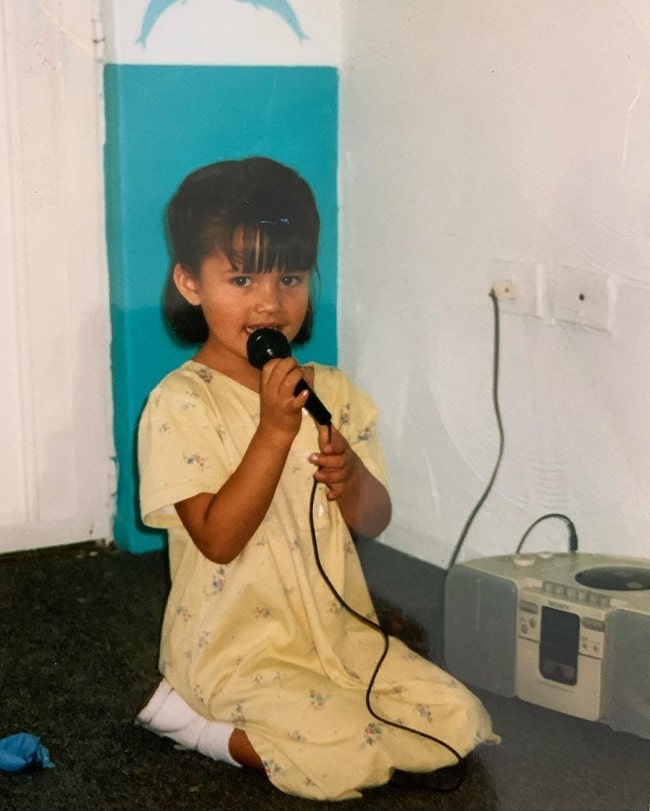 She has not shared anything about her educational background. So, we can’t name which college or high school she attended or has been attending. Santacruz prefers home-cooked food. She is mostly a vegetarian but enjoys eating shrimp and salmon. However, she isn’t a good cook and depends on her mother or boyfriend for good homemade food.

Likewise, she adores Germany as it is organized and people are disciplined. But, she is the opposite of it. She is messy as she admitted herself. Ivana loves photography and acting as well. Further, she can speak fluent Mexican, Spanish, and English. Though she understands Italian, she cannot speak the language very confidently.

During her childhood, Ivana Santacruz studied gymnastics. Her dream of becoming a gymnast broke after she got a severe injury. Later, she shifted her focus to fitness after visiting McFIT gym. Although she had tough days in the beginning, she started to make it fun by adding her dance moves.

She started Instagram as a platform for showcasing her talent in 2014. Her first ever video on Youtube was a performing set to the tunes of ‘One Drop’ by QQ. Her Instagram posts dancing videos choreographed by Radic Badalov. As a Youtuber, she commenced her journey on September 6, 2014.

In the video ‘Own it – Stormzy feat. Ed Sheeran & Burna Boy‘, she flaunted her amazing dance moves. Similarly, just two weeks ago, she uploaded the official video of ‘BumBum‘ and it has already crossed 1.8 million views until now. Her ‘Snipes for Puma’, and ‘This or That’ are frequently uploaded on Youtube. In 2019, she also modeled in a short music video Shirin David: Brillis.

Regarding her merchandise, she has partnered with ‘NA-KD’. NA-KD is an online store where her products are available on sale. Also, she is in partnership with ‘About You’ and ‘Sephora’, the perfume chain. She is the only German to be chosen during the tour of ‘Keeping Up With the Kardashians’.Ivana also has worked with other renowned faces like Louis Fonsi and J Balvin.

Along with the company ‘Gymondo’ in 2018, she has set up online training classes, ‘Sweet and Dance’ focusing on dance. She offers three 20-minute special dance sessions per week. Santacruz started this to encourage others to incorporate dance routines along with fitness regimes making it fun. Also, she is a brand ambassador of Mercedes-Benz, Puma, and Zalando. Further, Santacruz also attended the 2018 World Fitness Day event in Frankfurt. 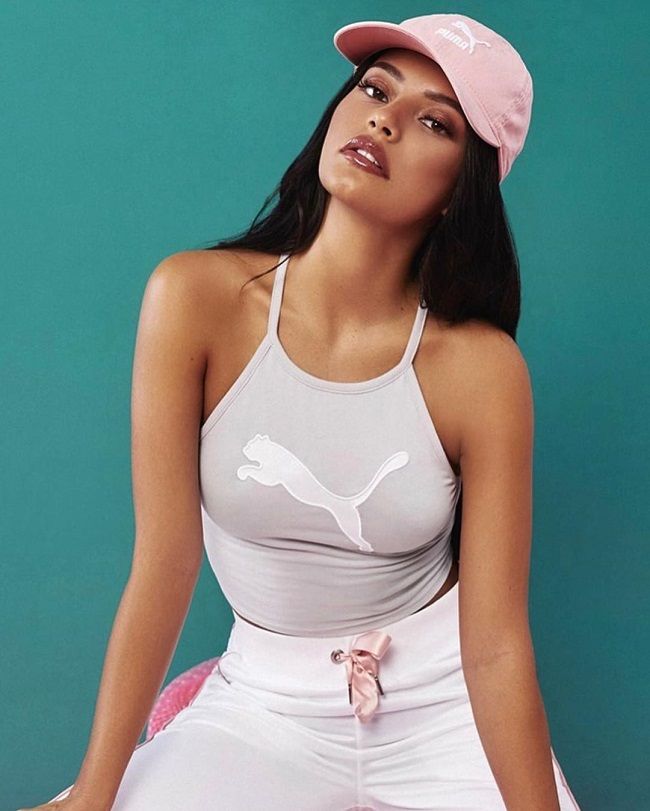 In 2020, she has released her two singles BumBum, and Mango con sal.

Talented Santacruz was nominated for the ‘Place 2 B Award’ for the years 2017 and 2018 successively. It is an award for the most successful influencer in 8 handpicked lifestyle categories. Whereas for the year 2019, she was selected under the category of ‘About You Award’.

However, she hasn’t bagged any of the awards she has been nominated for. But, her dedication and hard work will surely bring lots of awards to her home in the upcoming days.

Ivana seems to be single currently. Previously she was in a relationship with Abbas Mourad. Abbas Mourad is also an Instagram star and model. Following the same profession, they have worked with each other on many modeling assignments. Fashion and style guru met Ivana in Milan. Before this, they just used to talk through direct messages.

Ivana and Abbas have faced emotional trauma recently. The couple was about to have a baby together. Unfortunately, the baby passed away prematurely when Ivana was 13 weeks into her pregnancy. She was operated on since the baby stopped beating and they had to terminate her pregnancy. The sad news was publicized in March 2019. 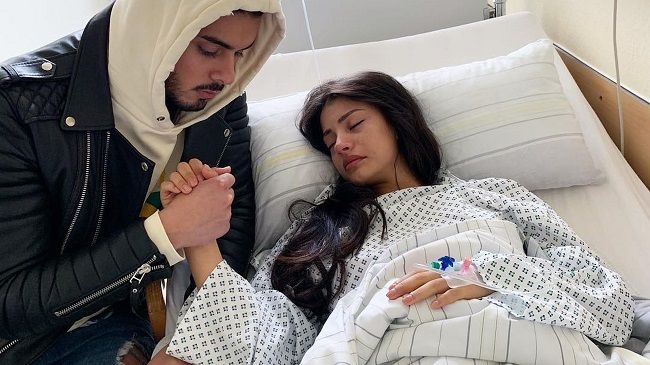 Caption: Ivana Santacruz with her then-husband after the operation. Source: newsbeezer

Santacruz’s income streams are many in numbers. So, it is quite difficult to mention how much salary she earns. Her earnings in February of 2020 have reached $2.08k. Ivana Santacruz has a net worth of $100,000 to $1 million as per Celebsmoney.

According to BodySize, gorgeous Ivana has a height of 5 feet and 6 inches. She stands quite tall and her weight is average. She weighs 53 kg. Santacruz has a dark-brown eye color and her black hair adds extra beauty to her radiant face. Likewise, her chest-waist-hip body measurements are 31-23-33 inches respectively.

Ivana Santacruz’s social media account has been flooded with lots of love and support from her fans. Her Instagram, @ivana.santacruz has more than 1.7 M followers. While her Twitter account with the username,@ivana_santacruz has less than 2k followers. With 163k followers, she is active on Facebook as @ivanasantacruz.