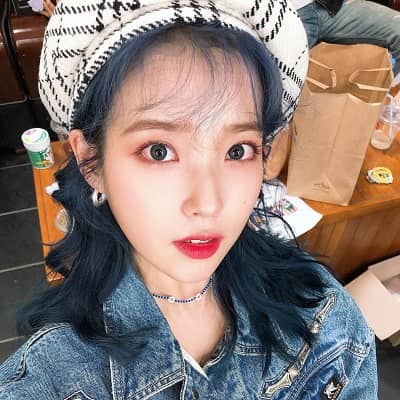 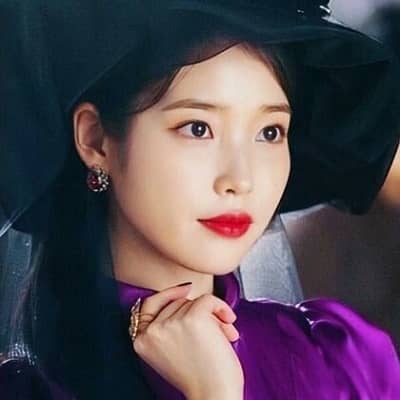 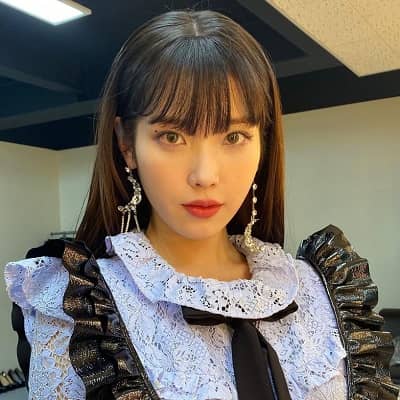 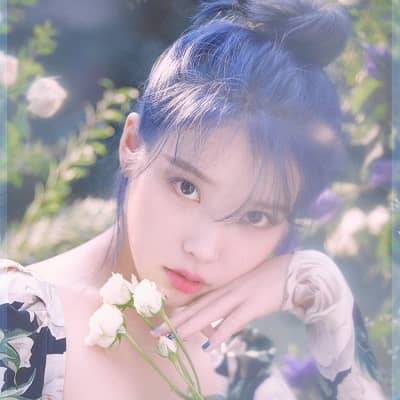 IU is a prominent young and talented South Korean singer-songwriter and actress. IU is famous for earning the title of Korea’s “little sister” at the beginning of her career. She has been active since the year 2008 and still going strong with her acting and singer career.

IU was born on May 16, 1993, and she is currently 28 years old. She hails from Songjeong-dong, Seoul, South Korea, and her zodiac sign is Taurus. Moreover, her full name is Lee Ji-Eun and is written in her native language as 이지은 and in Hanja as 李知恩.

Moreover, she has been interested in pursuing a career in the entertainment industry from an early age. Her family’s financial situation deteriorated and hence they eventually moved to the nearby Uijeongbu in Gyeonggi Province soon after her elementary school years.

Talking about her family, she has a younger brother and they lived apart from their parents in a studio room. Back then the two lived with their grandmother and cousin for over a year. Her family lived in conditions of great poverty back then. Further, she had little contact with her parents when living with her grandmother. 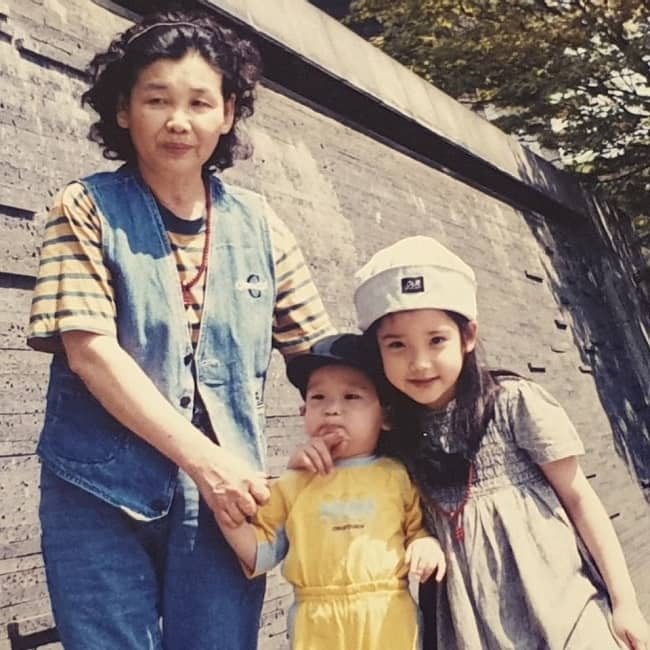 Caption: IU and her sibling with their grandmother. Source: Instagram

The Beginning of Her Career

Later in her middle school years, IU realized her passion for singing. She was also applauded for a performance at her school’s sports competition. This made her decide to become a singer. Moreover, she attended 20 auditions, which she failed. She was even scammed by fake entertainment companies.

She trained at Good Entertainment and she joined several other present-day popular South Korean singers including Uee, Heo Ga-Yoon, Yubin, and Jun Hyo-Seong. The young talent eventually signed with LOEN Entertainment in the year 2007. Following this leap in her career, she moved to Bangbae, Seoul.

Education and Origin of Her Stage Name

IU and her family lived through poverty. Therefore, what might be a hard time for other trainees and artists at the beginning of their career, were not very difficult for her. She even stated that she actually loved being at the studio where she could eat as much as she wanted and had a place to sleep. This clearly shows that her family was living in extreme poverty and didn’t have much to feed themselves.

Talking about her stage name, i.e. her agency (LOEN) actually coined this name prior to her official debut. The agency derived the name from the phrase “I and You”. The aim of this stage name was to symbolize the unifying force of music between people.

Further, she started off well in her singing career. However, due to her success, she had a decreased attendance at school along with declining grades. She graduated from Dongduk Girls’ High School in the year 2012. Following this, she actually decided to not pursue post-secondary education and rather focus on her singing career. 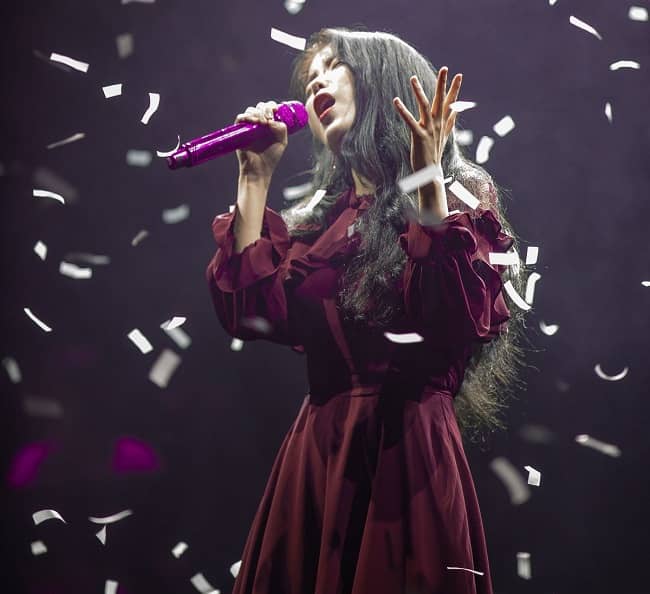 Professionally, IU is a prominent singer-songwriter and actress. She signed with LEON entertainment (now Kakao Entertainment) in the year 2007 and debuted with the mini-album Lost and Found. She was only 15 years old at the time. The singer then followed this album with other albums namely Growing Up and IU…IM.

Her song, Good Day (좋은 날) brought she the national stardom. This song is the lead single from her 2010 album Real. Further, this song was at the top position of South Korea’s Gaon Digital Chart for five consecutive weeks. Then later in the year 2019, this song was ranked #1 on Billboard’s “100 Greatest K-Pop Songs of the 2010s” list.

In the year 2011, she released two very successful albums Real+ and Last Fantasy. With these albums, the South-Korean singer established herself as a formidable force on the music charts of her native country. The same year, the young singer also had her first hands-on songwriting with the song Hold My Hand. She wrote this song for the TV series The Greatest Love.

Additionally, her third full-length album is Modern Times released in the year 2013. This album showcased her more mature style. This album also marked a departure from her earlier girlish image.

In total, the South Korean singer has released five studio albums and nine extended plays throughout her career. Among them, she scored three #1 albums and 26 #1 singles on the Gaon Music Charts. Additionally, she is also one of the best-selling solo acts in the group-dominated K-pop industry.

Forbes magazine has also listed her in its annual Korea Power Celebrity list since the year 2012. Likewise, Billboard also listed her as the all-time leader of its Korea K-Pop Hot 100 chart with the most number-one songs. Billboard also named her as the artist who has held the #1 position for the most weeks. Furthermore, she was also the most popular idol and artist among South Koreans in the year 2017. This was as per a Gallup Korea survey.

Besides her successful career in singing, she also ventured into hosting radio and TV shows. The multi-talented artist is also active in the field of acting. She had a supporting role in the teen drama Dream High. Besides this, she also has several other minor appearances in several TV series. Later on, she starred in You’re the Best, Lee Soon-shin, Pretty Man, The Producers, Moon Lovers: Scarlet Heart Ryeo, My Mister, Persona, and Hotel del Luna in the lead roles. 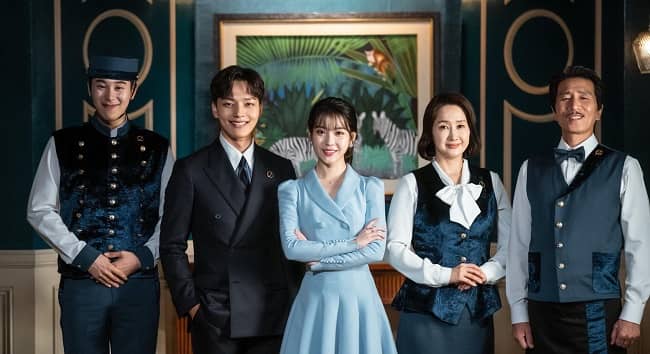 There is no verified information regarding IU’s current relationship status and romantic affairs. However, she has been involved in numerous relationship scandals with her fellow male singers, actors, and artists due to her close friendships with them.

The only verified her relationship was with the musician Jang Kiha. Kiha is a South Korean singer-songwriter, actor, and radio host. He debuted in the year 2008 with the indie rock band, Kiha & The Faces. She and Jang Kiha dated each other from 2013 to 2017. The two connected through their shared passion for music.

IU stands tall at a height of around 1.62 meters or 5 feet 4 inches and her body weight is 46 kgs or 102 lbs. Similarly, her chest-waist-hip body measurements are 32-26-35 inches respectively and the singer wears the shoe size 5 as per the US standards or simply 225mm. Moreover, the singer has dark brown eyes and hair of the same color. 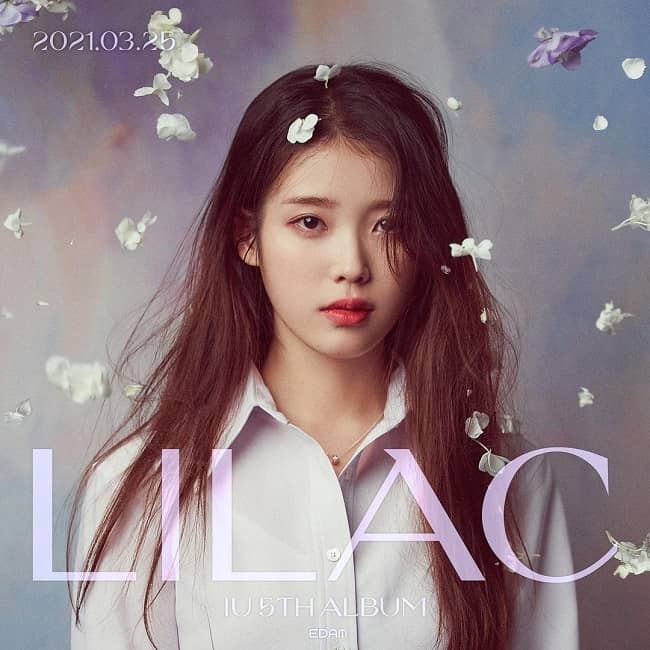 Caption: IU on the cover of her fifth studio album, Lilac. Source: Instagram

Talking about the singer’s social media presence, IU joined Twitter in August 2018 and has earned over 954.1K followers on her @_IUofficial account. Similarly, her username on Instagram is @dlwlrma. While writing this biography, she has shared exactly 581 posts and garnered over 19.8 million followers.

Further, she created her official Youtube channel on February 13, 2017. So far, her channel “이지금 [IU Official]” has earned over 667.4 million views and 5.82 million subscribers. She also has over 9.7 million followers on her official Facebook page. Moving on, she has a net worth of approximately $15 million at such a young age.