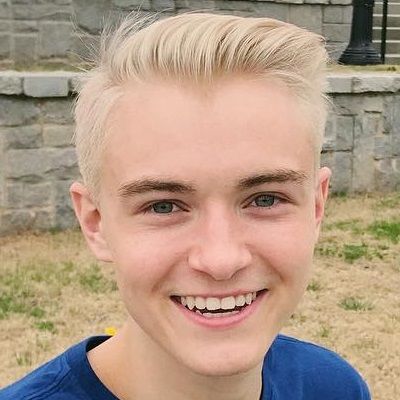 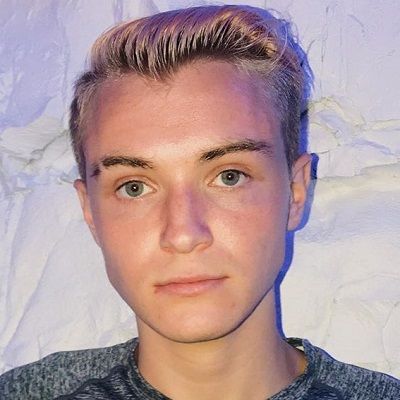 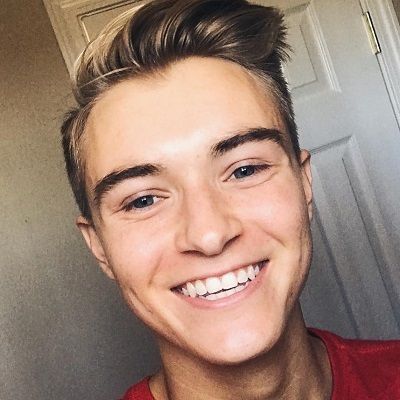 It’s Just Luke is a social media personality who established himself through his six-second comedy videos on the app Vine. It’s Just Luke also became extremely popular on YouTube on his It’s Just Luke channel. But he later relaunched it under the name Luke Abercrombie.

It’s Just Luke was born on February 26, 2000, in Georgia, United States. He is 22 years old. His real name is Luke Abercrombie.

He has two sisters named Megan and Sara and two brothers named Kyle and Trey. Furthermore, Luke has two cats. His mother’s name is Kimberly Rae.

His parents do not live together. He claimed in one of his videos that he dropped out in 10th grade. However, he graduated with a high school diploma in 2017. 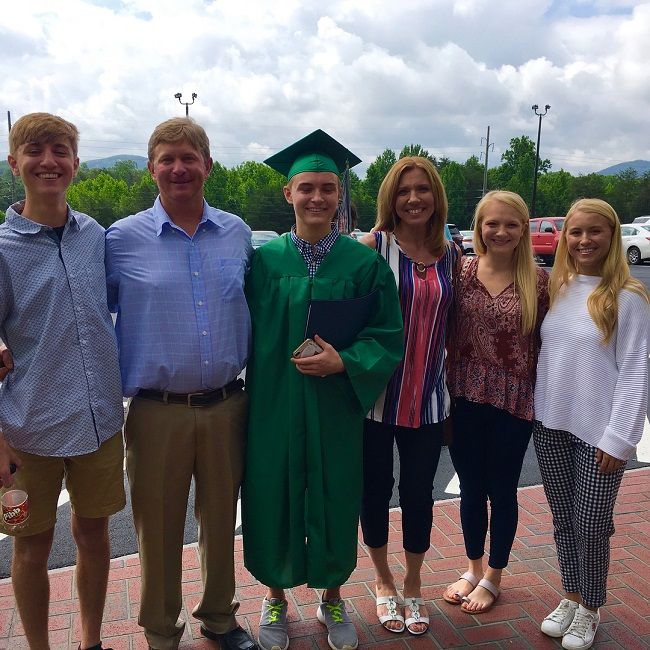 Luke is available on different social media platforms. He is quite famous on Instagram with more than 91.3K followers.

He is also active on Snapchat under the username ‘@lukeabercrombi’. Luke has gained over 15.2K followers on Twitter.

Furthermore, he has mentioned Email, [email protected], for business inquiries.

Further, his Youtube channel “Luke Abercrombie” has over 343k subscribers and 17,568,326 views at present.

Also, the channel “it’s just like” has 12.9k subscribers and it has many personal videos related to Luke’s life but in its description, it’s written that it is not his official channel.

This creates a great deal of confusion since the videos are related to Luke but the description tells otherwise.

Luke has not shared any details related to his dating life. He might have been in a relationship with some girls and boys but he has not mentioned any.

In one of his YouTube videos, ‘I Dropped Out In 10th Grade‘, he talks about moving in with his dad and later moving back with his mother.

His family has been through some hard times as they once lived in a basement and had to eat leftovers brought home by his mother, who worked as a waitress.

After a year of hiatus, he posted a video explaining why he took a break from YouTube.

By the time he noticed that Vine was dying, he moved over to YouTube without saying goodbye to his Vine followers.

On hitting 200K subscribers, he realized that they had been making money all the while but he didn’t have it and had no idea what his mom, who was in charge of the business aspect, was doing with it.

When he questioned her about it, it led to a conflict between them. And, as a result, he moved in with his dad but was kicked out shortly after.

Luke had no money, no home, and wasn’t going to school and it was at this time that he quit YouTube. 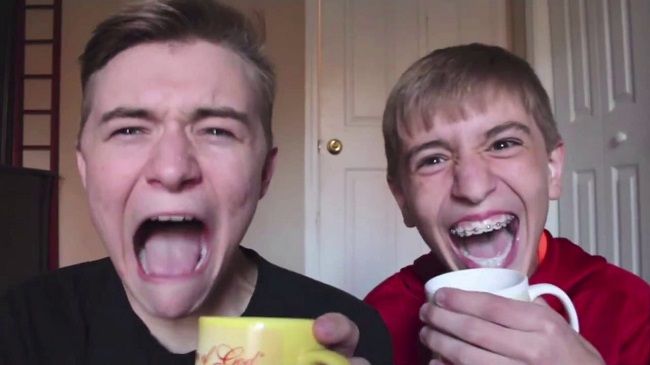 He has an online shop where men’s and women’s T-shirts, sportswear, workwear, and women’s polo shirts are sold.

The T-shirts which come in different colors, sizes, and designs have the inscription “It’s just luke Re-uploads” boldly written on them.

Dropped out of High School

In his video titled ‘I Dropped Out in 10th Grade‘, Luke revealed that he dropped out of high school to pursue an internet career.

He started making Vines in 9th grade, towards the end of 2014 and it became an escape route from the depression and anxiety that he was going through at the time.

In 10th grade, his Vine account grew bigger and started yielding money and as a result, he began to pay attention to his academics.

At the end of 10th grade, he convinced his mother to allow him to start online school to have time to make videos.

However, Luke couldn’t keep up with the online school activities so he had to drop out again and start making videos.

He eventually enrolled in night school and graduated with a high school diploma in 2017.

Luke came out as gay in a video posted on his YouTube channel ‘Coming Out’ on October 2, 2018.

He began by speaking in support of gay people, encouraging those of them whose parents and loved ones do not support them, and assuring them that he loves them just the way they are.

Growing up in a small town, Luke said he felt out of place because there were no gay people there, and had no representation of who he was.

His family was not supportive of gay people. Realizing that Luke might be gay in his 3rd grade, considering his parent’s position on it, he decided to repress the idea in his mind and never told anyone.

At the time he was in 6th grade, he knew for sure that he was different from everybody else. He was also bullied for that.

In an attempt to appear normal as he was not yet sure if he was gay, he dated several girls. But it never worked. The bullying continued and finally resulted in an all-time embarrassment.

It happened after a soccer game in his 8th grade when the entire team went out to eat With that, everyone at school got to know the truth and the bullying increased, ultimately making him leave the team and depressed.

However, he eventually came out to his mother and siblings but his mother found it hard to accept and his siblings were very supportive.

He played football around the time he was in 3rd grade. He played under his dad who was the coach, not because he loved the sport but because his dad wanted him to go.

Later, his dad played football in high school through college and because he loved the sport so much, it was his dream to coach his son. Although he didn’t want to play football, he never let anybody know about it.

In addition to not loving the sport, he was bullied and always picked on for being small and girly. This made him want to quit playing all the more.

But not knowing how to tell his father, for fear of disappointing him, he decided to do the unthinkable.

One day, just before practice, he put his hand on the car door. He then slammed the door against it, breaking his finger and that was it.

Now, moving towards his earnings and net worth, he might earn a good amount of money through his YouTube videos. His estimated net worth is around $3 million – $4 million US dollars.

According to wholecelebwiki.com, Luke has a decent height of 5 feet 7 inches and weighs around 65 kg.

His chest-waist-arm measurements are 35-29-11 inches. Further, he has blonde hair and hazel eyes. Moreover, his shoe size and dress size are unknown. 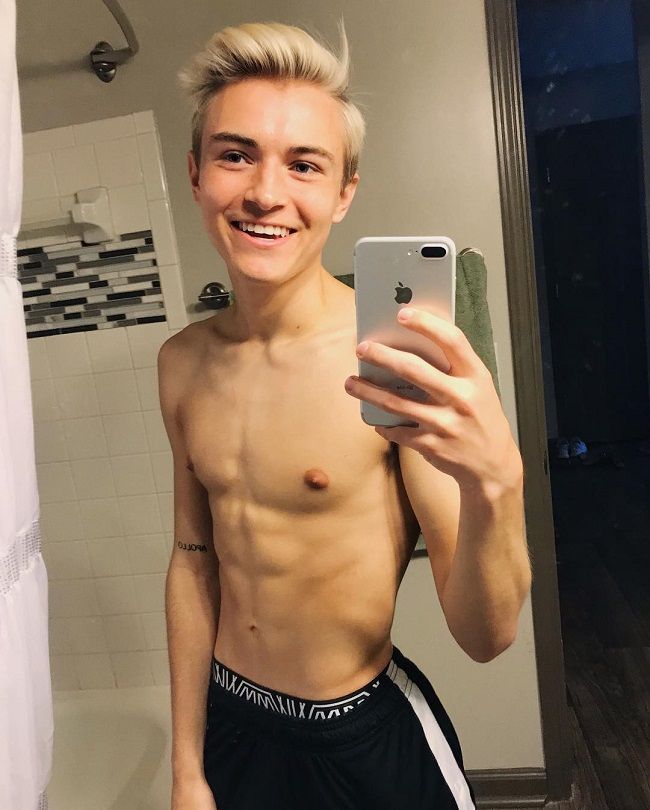