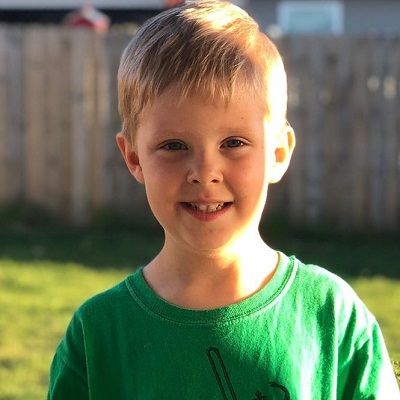 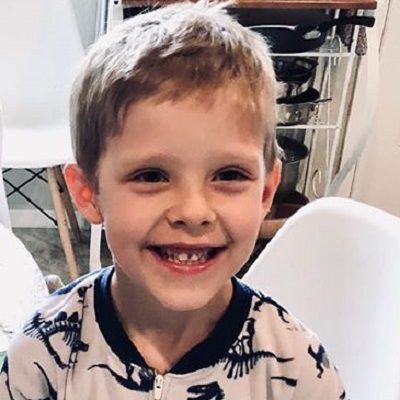 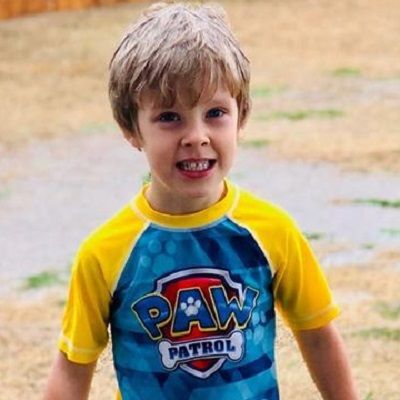 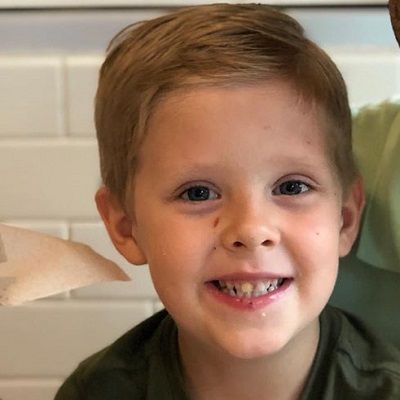 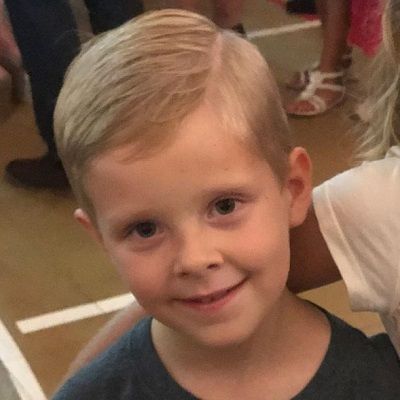 Israel Dillard was born on April 6, 2015, in Arkansas, USA. As of 2020, he is 5 years old and his birth sign is Aries. His parents are Jill Dillard and Derick Dillard. He has a younger brother named Scott Dillard. On August 20, 2014, his parent’s announced about the pregnancy with their first child. This announcement came only two months after the couple’s wedding: “We’re having a baby! We are so excited,” Jill said.

After taking several pregnancy tests, Jill’s sisters persuaded her to take another while visiting her parents’ home. “It was surreal,” Derick said. “We were shocked, both of us are so excited.” In their announcement, the couple said they were due in March of 2015.

“About 30 days after Jill and Derick got married they gathered everyone in the living room and shared the news,” Jill’s father, Jim Bob said of the announcement. “Everyone was clapping and cheering, and we were in shock, too.”. This announcement earned Jill and Derick the cover of the September 1, 2014, edition of People Magazine.

On September 3, 2014, Jill and Derick gave an interview on why they chose to announce their pregnancy at only 8 weeks. “Understanding that the majority of miscarriages happen within the first trimester, and believing that every life is precious no matter how young, we decided to share our joyful news as soon as we could,” Jill stated.

Jill and Derick announced that their first child would be a boy on October 21, 2014. On February 17, 2015, TLC aired the 19 Kids and Counting episode “Jill’s Secret”, which featured Jill and Derick telling the Duggar family they were expecting. During her pregnancy, Jill documented her progress with weekly baby bump photos on her Instagram page. 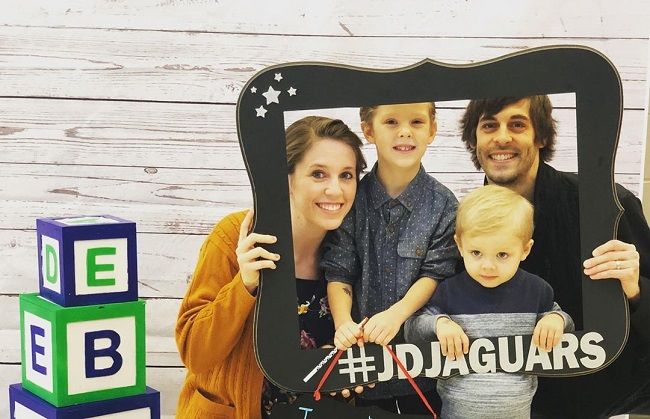 At 11:49 pm, Jill gave birth to Israel David Dillard. He weighed 9 pounds and 10 ounces and was twenty-three inches long. In a statement on the Duggar family’s Facebook page, Jim Bob and Michelle Duggar announced “We are so thankful for a healthy Mom and baby! Love this sweet baby Israel! We are happy grandparents and we promise more pictures soon!”

They had planned on having Israel at home, which they were vocal about during the pregnancy. “I feel like it will be way more relaxing… and having the baby at home with a midwife provides more of that personal care. It’s more intimate for the couple as well, getting to be in your environment,” Jill said in one interview. This home birth proved impossible. “His birth didn’t go as expected,” Jill said of the birth. “But having him here – it’s worth all of it. I wouldn’t do anything differently.”.

In an interview published on April 14, 2015, Jill said that after being two weeks after her due date, her water finally broke. She tested positive for strep B, which can be passed from mother to baby during birth, and started taking antibiotics through an IV. 20 hours into labor, they saw a faint sign of meconium and moved to a hospital. Jill initially declined Pitocin to speed her labor.

After 70 hours of labor, the baby had flipped into a transverse breech position and experienced irregular heart rates. At this time, the couple and their doctors decided to move forward with a C-section. “I love our birth story because it bonded us so well,” Jill stated. “I still haven’t changed a single diaper. Derick has been changing them all.”.

A special two-hour episode of 19 Kids and Counting titled “Jill’s Special Delivery”, which focused on Israel’s birth, aired on TLC on May 5, 2015. Jill and Derick dedicated Israel to God at a church service at Cross Church on May 10, 2015.

When Israel was a toddler, his mother taught him pre-school at home. On February 18, 2020, his parents registered him to attend kindergarten at Janie Darr Elementary School, noting that he will be in the same school district that his father grew up in. He will begin kindergarten in the fall of 2020.

Before he was even born, Israel was the subject of several episodes in season 10 of TLC’s 19 Kids and Counting. These episodes included his parents announcing they were pregnant, midwife visits, ultrasounds, a gender reveal party, and preparing the nursery. The episode “Jill’s Special Delivery”, which first aired on May 5, 2015, featured Israel’s birth.

Shortly after Israel’s birth, two scandals regarding his uncle, Josh Duggar, resulted in 19 Kids and Counting’s cancellation. Later that year, TLC announced a new show, Jill & Jessa: Counting On, which originally focused on Israel’s parents and his aunt and uncle Ben and Jessa Seewald as they started families of their own and moved on after the scandals. Later the show renamed to Counting On as it expanded to feature other adult Duggar siblings, regularly featured Israel in its early seasons, with the season 6 episode “Finding Joy’s Dress” featuring Israel’s second birthday.

On November 11, 2017, amidst negativity surround Derick Dillard’s criticisms of the parents of Jazz Jennings, a transgendered teenager and the focus of another TLC show, I Am Jazz, TLC announced that they had stopped filming Derick and had no plans to film him in the future. A month later, on December 15, Derick posted on his own Twitter that he felt it was better to cut ties with TLC and head in a “different direction”. Since then, Israel has not been featured on the show, although he is occasionally mentioned or seen in the background.

On June 26, 2015, Israel’s parents announced on their blog that they would be moving overseas to pursue long-term mission work. Though their destination was not originally revealed, Israel’s father later said they had lived in El Salvador. In their initial post, Derick touched on the dangers of moving his newborn son to Central America at a young age, saying,

“As I’m sure many of you fathers can understand, I (Derick) had a huge dilemma as the provider and protector of my little family. There were more “unknowns” with the international option. God was testing my faith in Him by bringing about this choice in our lives. A friend of ours wisely shared that if God was leading us to serve Him abroad, we should pursue it as early as possible, to avoid a more difficult move later, when our roots are deep and we’re more comfortable in life. Ultimately, in life there is nothing more important than simply loving, following and obeying our Creator.”

The family left for El Salvador on July 5, 2015. Although they frequently returned to the US for family events and filming for Counting On, Israel did spend a notable portion of his first two years in El Salvador. In May of 2017, the Dillards, then nearing the due date of their second child, returned to the US. On August 9, 2017, they announced that they would not be returning to Central America. Israel has lived in northwest Arkansas since then.

Israel is often featured in sponsored posts on his mother’s Instagram account. Generally, he is seen in advertisements for children’s clothing or toys, often from Christian companies. Furthermore, Jill often credits Israel as her photographer in posts featuring pictures of her showing off products. It is unknown if his mother makes any money from these posts or if they are primarily for free products.

Israel is too young to be in any kind of love affair at this age. He is still a growing kid and he is unknown about the love life. There is no doubt, he would get many proposals in his near future. 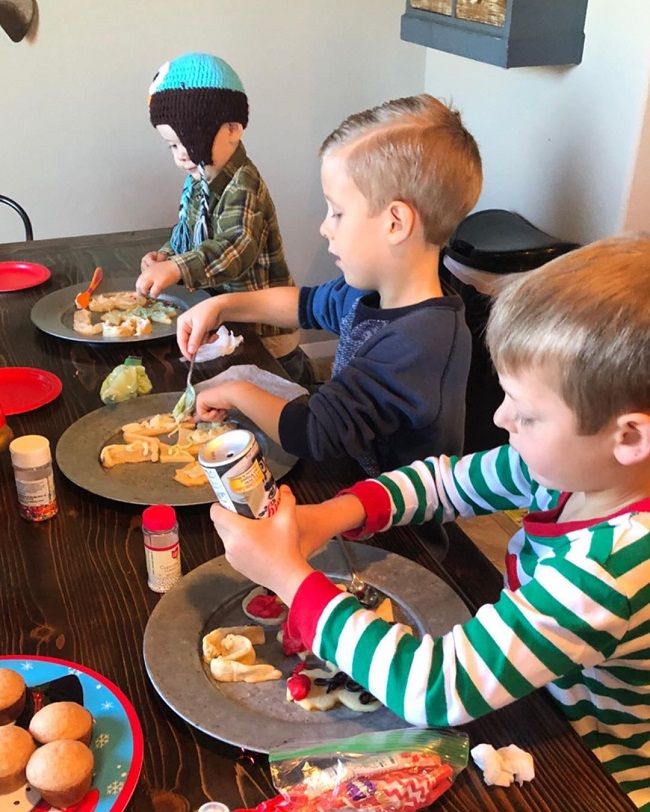 He is still a growing kid. So, his body stats might change for some more years. However, he weighed 9 pounds and 10 ounces and was 23 inches long when he came to this world. He has blonde hair and blue eyes. Other than this, there is no more information regarding his body stats. 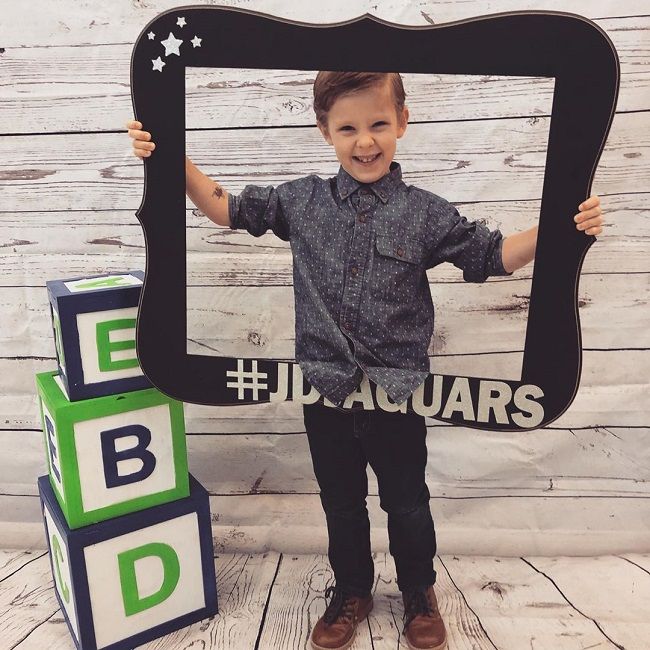 He is young enough to earn on his own. However, her mother has a net worth of around $1 million. No wonder he would pocket a good amount of money in his upcoming days.