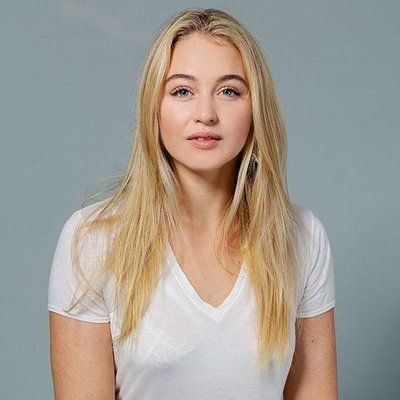 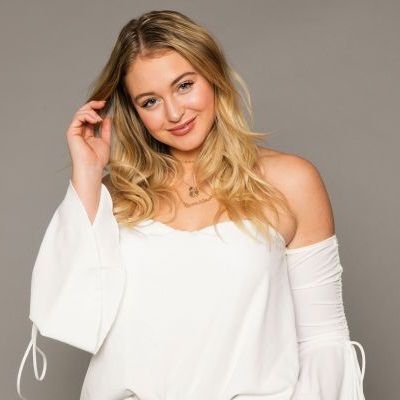 Iskra Lawrence is a British television personality. Iskra Lawrence is popular as an English model from “Jag Models” and “Models1” as a presenter. Likewise, she is the global Role Model for Aerie, a brand of clothing from American Eagle Outfitters. She provides the lesson to every woman that “everybody is beautiful in their own shape and size”.

Iskra Lawrence is 30 years old. She was born on September 11, 1990, in Wolver Hampton, England. Her father’s name is  Doug Lawrence and her mother is of Irish descent. However, there are no details regarding her parents and family background.

She grew up in Kidderminster, Worcestershire from the age of 6 weeks. She has participated in a national swimming competition while she was in high school. Likewise, she belongs to British citizenship and ethnicity is still unknown. Her name means ‘spark’ in most Slavic languages.

Talking about her educational background, Lawrence attended Malvern St James. After that, she graduated from Bromsgrove School. She was a competitive national swimmer during her high school. Also, the UK National Youth Theatre selected her at the age of 15.

Iskra Lawrence started her modeling career from an early age after she left her school. She featured various brands like American Eagle Outfitters, Adore, and many more. Likewise, she has finished her catwalk debut at New York Fashion Week for “Chromat” after thirteen years of completion of the modeling.

Then she has also walked for Loreal’s first fashion show at Paris Fashion Week in 2017. She has also presented “Ending the pursuit of perfection” in the same year. In 2017, She also made an appearance in the Straight Curve documentary about body image and the industry leaders challenging society’s unrealistic and dangerous standards of beauty. 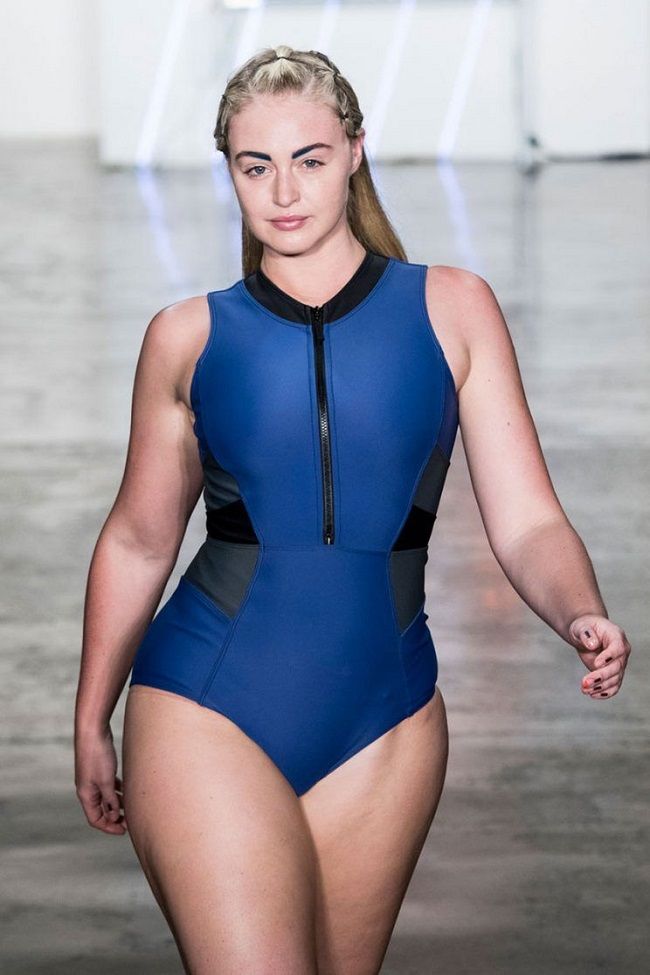 In 2018, she announced as a brand ambassador for Marina Rinaldi’s Persona collection campaigns and as a L’Oréal Princes Trust Ambassador.

Besides modeling, she runs an online magazine Runway Riot, which aims to protect the image of ladies on the big side against the fashion industry. She is also a tutor of body imaging in the UNH Body Project (a program for body image issues and eating disorders). It focuses on self-care, body confidence, and nutrition.

Moreover, she is the creator, producer, and host of The Mirror Challenge with Iskra, a Facebook series.

She is an award-winning brand ambassador for the National Eating Disorders Association (NEDA) and creator of the NEDA Inspires Award. Further, she also provides awareness about the workout and orderly eating to the family and individuals who are suffering from eating disorders.

Iskra Lawrence has been successful to reach the height of success and still progressing in her career. Likewise, she was chosen as one of BBC’s World’s 100 Women in 2016 and also chosen one of the seven women chosen for World Association of Girl Guides and Girl Scouts Great Girl Leaders in 2017. She also got listed in the ‘multi-hyphenates‘ category of the 2017 Maxim HOT 100.

Furthermore, she was named in the Forbes 30 Under 30 for Europe within the Art & Culture category in 2019. Malvern St James school recognized her as one of their Malvern Alumnae 100 “Celebrating the talent and diversity of Malvern Old Girls. Inspiring the women of the future” in their centennial year.

Lawrence is a talented lady with a wealthy quality of life in her own way. Her major source of income is modeling and she has been involved for many years. Her estimated net worth is around  $350,000. Likewise, she gets paid an annual salary of $100,000 yearly. Also, She earns from her writing in many famous magazines about health and glamorous guides.

Yes, Iskra Lawrence is in relation. However, she is not single anymore. She confirmed her relationship with songwriter Philip Payne in January 2019. She is happy with him. However, they seem to take their relationship forward to marriage in the future anytime soon.

Furthermore, the couple is pregnant at present and the baby is due in 2020. She even shares a lot of pregnancy photoshoots and does charity work dedicated to pregnant women and their health.mOn April 16, 2020, the duo welcomed their first child.

Taking about her past relationship, She has dated the English footballer Andre Wisdom. However, the couple ended up with a breakup after several months of the relationship. 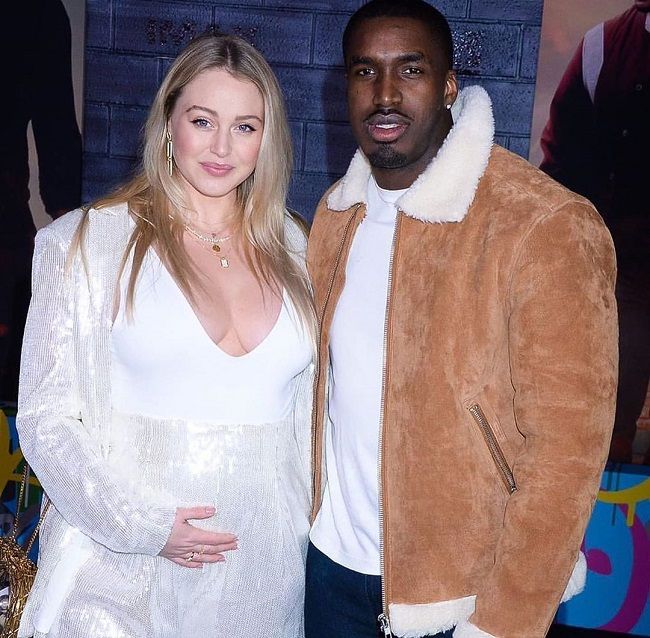 Caption: Iskra Lawrence photographed with her boyfriend during their date night. Source: Instagram

Iskra Lawrence does not modify her own images which she posted on social media platforms such as Instagram and Facebook. She criticizes “body shamers”, including one user that she confronted in April 2016 on her Instagram account after the user insulted her for her body shape. As she does not want to be classified as a plus-sized model.

Iskra Lawrence has a charming and beautiful personality. Her height is 5 feet 9 inches and weighs is not known. Her body measurements are 38 inches bust, 29 inches waist, and 44 inches hips. Further, she wears shoe size 9 (US) and her dress size is size 14 (US). Likewise, she has got blue color eyes and blonde hair color. 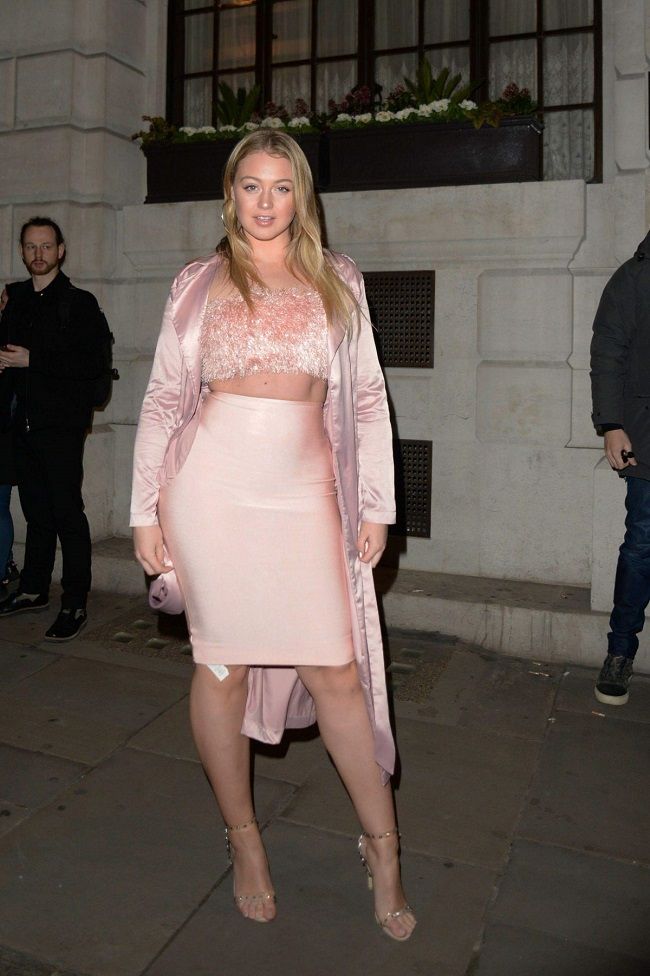 Similarly, she has a YouTube channel as well with about 192k subscribers. Also, she has over 331.5k followers on Twitter. Furthermore, she showed her famous curves in skimpy briefs and crop top as she celebrated milestone Instagram achievement with her sexy dance in the year 2017. She also frequently shows off her dance moves whenever she sees the chance and one of such was when she was enjoying her time on a beach.