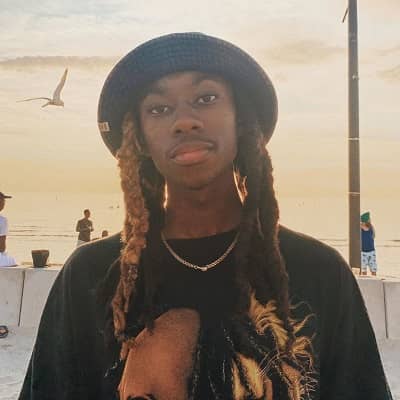 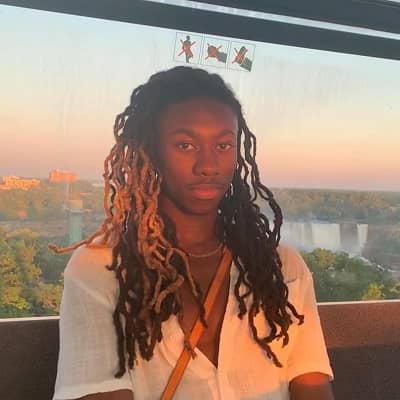 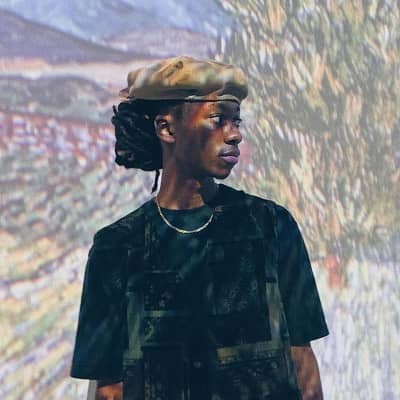 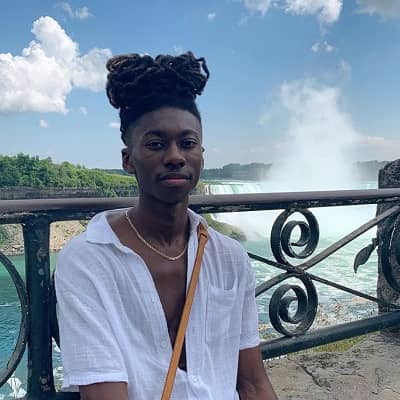 Isaiah Peck is a young Canadian dancer and actor. Isaiah Peck is prominent for his role as Henry in the series “The Next Step” in its 4th season. He has also shared the screen in other shows and films including “Isabelle Dances Into the Spotlight”, “Backstage”, “The Power of Play”, and “Transitions” among many others.

Isaiah Peck was born on August 6, 1999, and he is currently 23 years old. His exact birthplace is not mentioned but he is a citizen of Canada. Likewise, his full name is Isaiah Demetrius Isaacs-Peck and his zodiac sign is Leo. Talking about his family, he has shared that his grandmother’s death in the year 2013 helped inspire him to share his passion for dancing with the world.

Similarly, his mother’s name is Shawnee and she goes by @sincerelyshawnee on Instagram. He also has a sibling sister named Maya aka @myasuraee on Instagram. He has also shared a childhood photograph with Dwayne Peck but their relationship is unclear as he didn’t mention it in the caption.

Moving on, he also has yet to share any information regarding his educational journey. But considering his age, we can assume that he might be a college-level student unless he decided to take a break or discontinue his studies to focus on his professional life.

But there is information that he studies ballet, modern dance, salsa, jazz, acro, and pop-and-locking at the Cawthra Park Secondary School’s Regional Arts Program. Moreover, he graduated from high school in the year 2017. 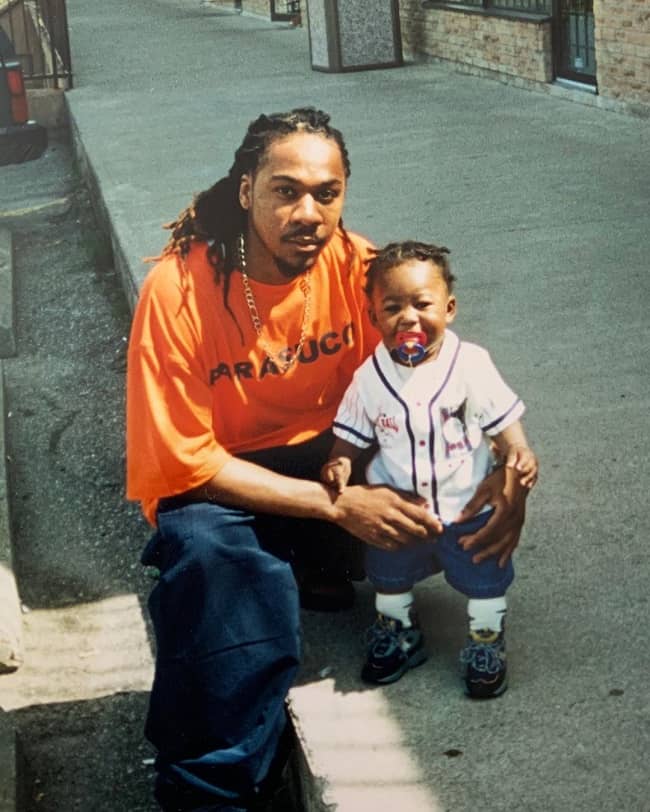 Professionally, Isaiah Peck is a dancer and actor. He specializes in both authentic and urban hip hop. Likewise, he is a dancer who booked the lead role of Henry in the hit series The Next Step for season four. He has also performed in productions of Isabelle Dances Into the Spotlight and Backstage as well.

Moreover, Peck made dancing his profession when he was very young; more precisely nine years old. In addition to hip hop, he has also trained in ballet and modern dance. He also studied salsa, jazz, and acro. Furthermore, he danced in the 2015 Pan Am Games opening ceremony in Toronto.

Similarly, he appears in the short film Transitions. In this film, he played the role of Mike. In the set of Transitions, he met Brittany Raymond. The duo is also the actress who appears in the series The Next Step. He also appeared in productions that include American Girl: Isabelle Dances into the Spotlight, Backstage, The W Network’s Style by Jury, The Power of Play, and the short film Transitions alongside Brittany Raymond. 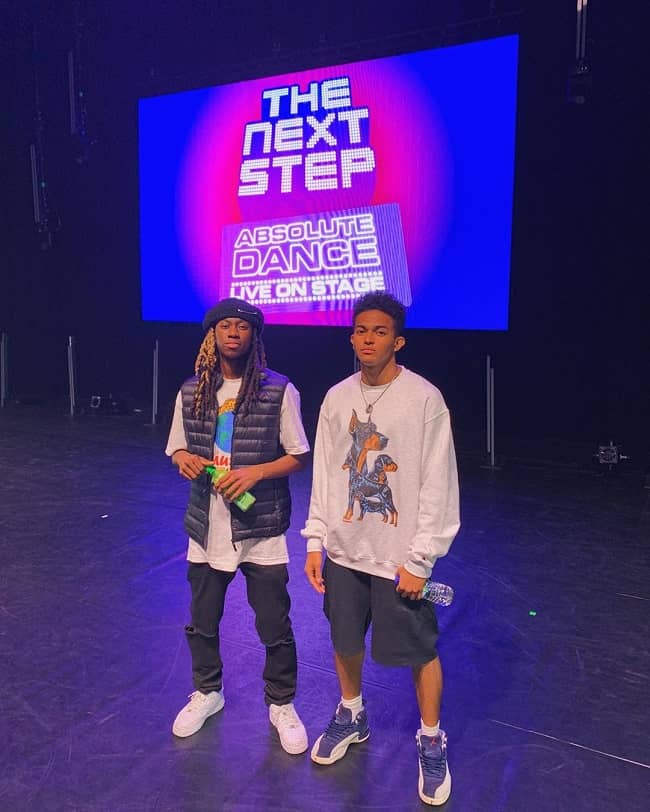 Caption: Isaiah Peck posing for a photo with a co-star of The Next Step, Noah. Source: Instagram

Peck is a vibrant entertainer when it comes to his love for music, dance, and acting. Over the years, he has built a great work ethic and leadership skills, as he teaches recreational and pre-competitive programs at Jade’s Hip Hop Academy. Peck has also done large-scale performances including the 2015 Pan Am & Para Pan Am Games performing for the 2014 Canada Goose Fashion Show and consecutive Dance Weekend events.

He also aspires to do his best, pours his heart out into all that he does, and continues to demonstrate his natural capabilities both in front of the camera and on stage. Peck was asked to join the cast on The Next Step’s international Wild Rhythm & Live On Stage tours across Canada, New Zealand, Australia, and Europe. After successfully traveling, they allowed him to return and film following the 5th and 6th Seasons. Moving on, he has a net worth estimation of approximately $1 million to 4 million dollars.

Scrolling through his Instagram account, we can say that Isaiah Peck is in a romantic relationship with a girl named Jordanaé Marie. She goes by @inazumaa on Instagram and has made several appearances on the Instagram handle.

Moreover, Peck has shared several adorable photos with his lover on his Instagram handle. He uploaded the first series of photos with Marie on 26 December 2019. Since then, he has uploaded quite a few of them. As of August 2020, the last photo uploaded on his account that features Marie dates back to early May 2020. 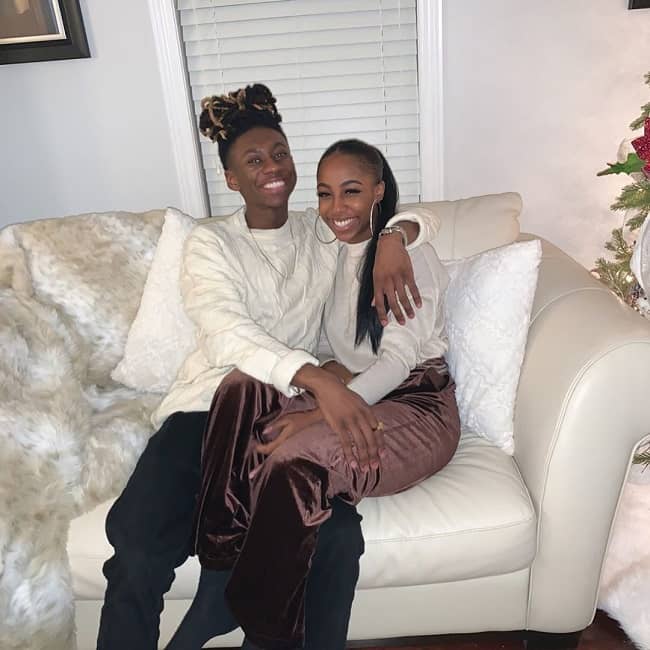 Isaiah Peck stands tall at a height of approximately 5 feet 6 inches and weighs around 70 kgs. Other than this, there is no information about the other body measurement details including his chest-waist-hip measures, biceps, dress size, shoe size, etc. However, being a dancer, he surely has a very flexible body. He also has dark brown eyes and dread-locked hair of the same color.

Talking about his social media presence, Peck joined Twitter in January 2020 and his follower count is still increasing on his @isaiahpeck account. Likewise, he goes by @isaiahpeck on Instagram and his account boasts 289 post shares and 94.5k followers at the time of writing this biography. He also created a self-titled Youtube channel on November 22, 2009. Since then, he has earned over 281.7 views and 5.5K subscribers.