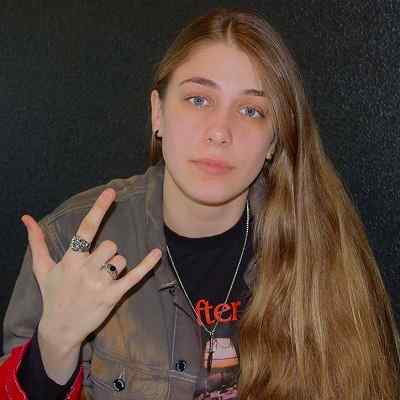 Isabella Avila is a famous TikTok star based on comedic but informational videos about science and psychology. Isabella Avila gained popularity through her creative skits which she also shares with her over 5.9 million fans on her Tiktok account under the username @onlyjayus.

Isabella Avila’s age is 23 years old. She was born on April 12, 1999, in Las Vegas, Nevada. At the age of 12, she moved to California where she currently resides. there is information regarding her parents’ names. However, her parents were not married. So, she often went back and forth between Nevada/California, and New Jersey to visit both her mom and her dad as a child. 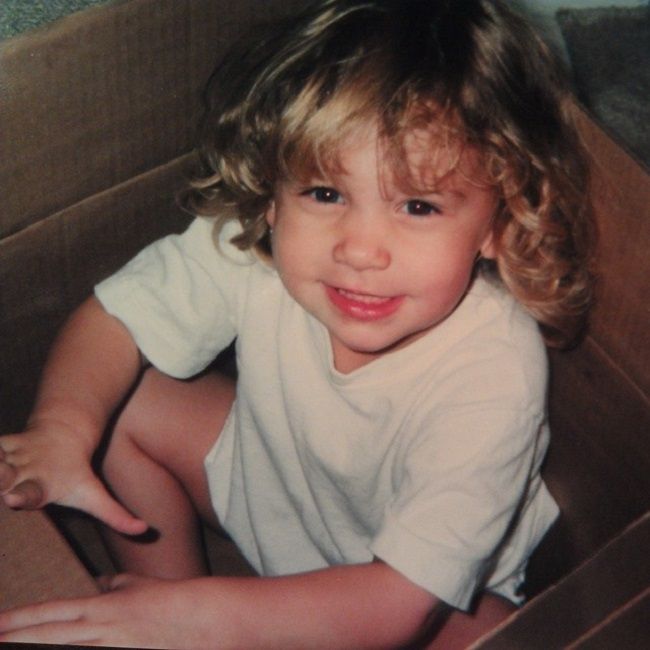 Likewise, she has 11 siblings and is the 3rd child. At the beginning of her Junior year of high school, an unknown incident occurred that caused her to be placed in Foster Care. Her sibling’s name who has been featured on her Instagram posts are Jaidyn Avila, Ania Avila, Xoey Avila, and Xanna Avila. She first began playing video games at the age of 4 and also began original PlayStation and played games like GTA and Lion King: Simba’s Mighty Adventure

Moving toward her educational background, she is currently studying at University. During her high school days, she used to plays varsity basketball. She has said that she wants to major in either Game and Interactive Media Design or Software Engineering.

Talking about Isabella Avila’s professional life, she is a fairly new YouTuber. She started making Youtube videos in 2016 and had a YouTube channel before launching TikTok. But unfortunately, on June 18, 2018, her Jayus YouTube Channel was terminated for violating YouTube’s Community Guidelines. Moreover, her Twitter (@Jayus_YT) was also suspended.

She joined YouTube on April 13, 2016, and uploaded her first debut video on April 17, 2016. Similarly, she just turned 16 when she posted her first video which was I GOT HYPNOTISED.

She used to play games such as GTA5, Minecraft, Skate 3, and Call of Duty games. Along with playing games, she also tells funny stories about her life or talks about random stuff. The word “jayus” which she has made her social media username is an Indonesian, Malaysian, or Filipino word meaning someone who tells a joke so unfunny that you help but laugh. She thinks the word absolutely fits her.

On April 20, 2016, she posted a Youtube video titled Foster Care where she revealed to her viewers that she doesn’t live with her parents and rather lives in the foster system. However, she didn’t recite in-depth about why she was in the system but alternately tells stories of her crazy and funny experiences in several homes.

On May 13, 2016, she uploaded her video Dear A****** she goes on raving about her “A****** father” attempting to shut down her YouTube channel. Though, she struggles back by repeatedly being funny and sarcastic and persists down the list of all curse words in the English language. Later on June 5, 2016, she posted a video to her 1000 Subscriber Q&A Special where she explains the question “Why do you hate your parents so much? What did they do?” where she goes into a bit more detail about what happened between her and her parents.

She said her mother left and went across the country when she was very young. Likewise, her parents started treating her like poorly ever since she came out as a lesbian at the age of 14. Even though she has implied about her dad beating her, she has still gone into much detail yet. On Just 5, 2016 she uploaded the video IM REALLY SORRY where she announced that she is taking a break on YouTube.

However, she stayed active on her other social media sites. On Twitter she gave multiple reasons she took a break from Youtuber as she does not have a computer anymore. She also told that her foster parents won’t let her post. She assures her fans that she will be back as soon as she can and that she has some big plans for when she returns. And she made her great comeback through her comedic Tiktok video with the touch of information about science and psychology.

Then, she made her comeback on TikTok with the username @onlyJayus and firstly posted on TikTok in February of 2019. Her first viral video on TikTok was her installing a microfiber ceiling on her car. Likewise, she is famous for her creative skits. Besides that, she is also running a Patreon where fans can donate and receive additional exclusive science content and videos. The TikTok star has also talked about Bill Gates. Similarly, she gave some psychology tricks and screamed about not having pants pockets.

She has a good sense of humor about the whole thing making jokes and telling stories about her experiences in the system. She also plays multiple instruments like guitar, electric bass, cello, and the piano; but is most proficient at the double bass.

Recently, she launched her Youtube channel on October 18, 2019, and posted her first video titled “GOD ISN’T REAL, BUT WHY HE EXISTS.” on October 20, 2019. This video has got over 108k views. Further, she has posted a few videos on her channel and has amassed 302k subscribers in a short period of time.

One of her most viewed videos on her channel is “ONLYJAYUS “Psychology Tricks to Mess With Peoples Minds” Parts 1-10 Tik Tok.” This video was posted on February 29, 2020, and has got 929,007 views.

Additionally, she also hosts the Netflix podcast Know It All. She is the internet’s favorite weird fact finder. Every other week, she will look for the answers to all the questions that come up while watching Netflix shows.

Speaking on Isabella Avila’s earnings, she is a famous TikTok personality as well as a Youtuber who has earned a quite considerable sum of money through her work. However, she has not disclosed her exact net worth officially. Likewise, she might be enjoying her good fortune through her informational videos with her comedic touch. Her main source of income is the social media world. 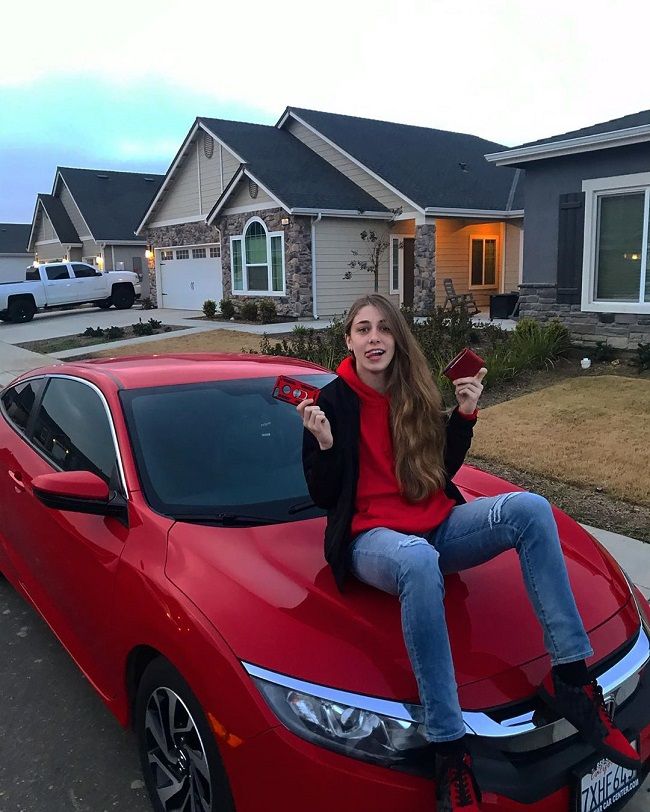 Reflecting on her personal life, she is lesbian and in a relationship. She is dating a girl under the Instagram handle @h_lightning. Likewise, her girlfriend often seems to be with her and kept on posting duo pictures on social media handles.

They look adorable together and share a very special bonding. The duo feels grateful for being together and often she has been featured on Tiktok videos as well. Furthermore, there is no information regarding her past link-ups. Similarly, she found out to be a lesbian at the age of 14. 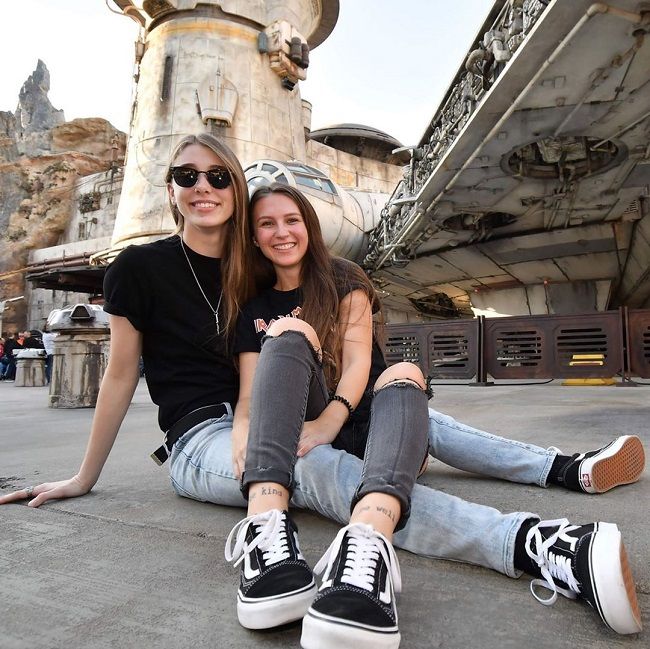 Right now, she has not linked herself with controversial acts regarding her personal as well as professional life. She has been successful in maintaining a clean profile.

Beautiful and good-looking 21-years old Isabella has a tall height. She has a lean body build. Similarly, she stands at a height of 6 feet 2 inches. Further, there is no information regarding her other body statics and weight. Likewise, she has a pair of attractive blue eyes and blonde hair color.

She is socially active over different social media handles like Instagram, Twitter, Tiktok, Youtube, Snapchat, etc. Similarly, she became an internet sensation in a very short period of time. Likewise, she has huge popularity on the internet today. She goes by the username @onlyjayus on her social media platforms.

Furthermore, she has almost 8.3 million followers and over 327 million likes on her Tiktok account. Additionally, she also runs an online merch.