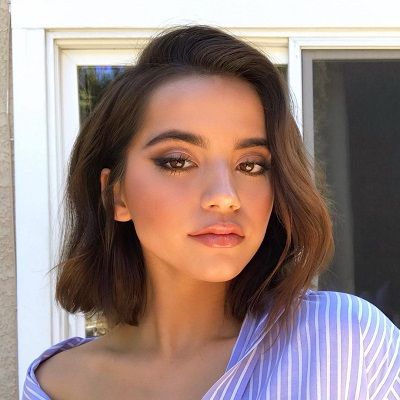 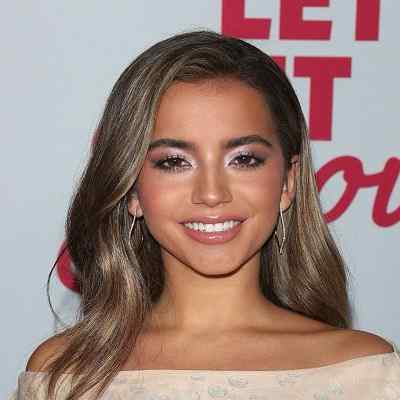 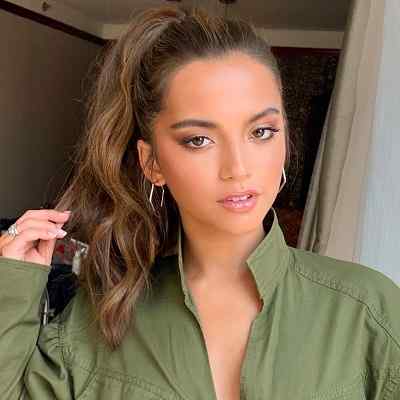 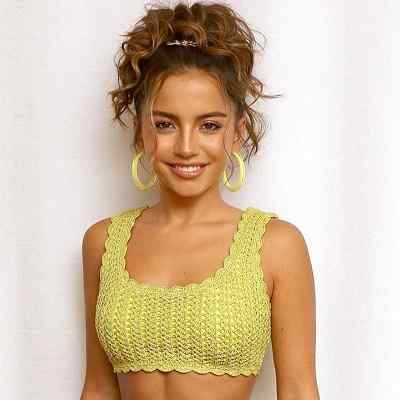 Isabela Moner is an American actor, singer, dancer, voice actress, songwriter, and ukulele player. Isabela Moner is also popular as Isabela Merced as she changed her stage name into this in 2019. She is popular for her roles in “100 Things to Do Before High School”, “Dora and Friends: Into the City!”, and “Transformers: The Last Knight” among other TV shows and movies.

Isabela Moner was born on July 10, 2001, and her age is currently 20 years old. Likewise, she is originally from Cleveland, Ohio, the U.S. and her zodiac sign is Cancer. Her full name is Isabela Yolanda Moner. Talking about her family, her parents are mother Katherine and father Patrick Moner.

She also has two siblings and she is actually the middle child. Her siblings are Jared and Giovanni Moner. On October 14, 2019, she announced through Instagram that she was changing her stage name to Isabella Merced. It was in the honor of her late grandmother, who she never got to meet. She also explained that she had not legally changed her name and said that it was “just a stage name but it’s got a deeper meaning”.

Her mother is from Lima, Peru, whereas her father is from Louisiana. Hence, her ethnicity is Peruvian-American. She also has Polish and Slovak ancestry. Moreover, she has shared that her first language was Spanish. Therefore, she struggled with English when she first started grade school. Her mother suffered from breast cancer and is recovering.

Also, she considers herself more Peruvian than American. Likewise, at age 15, she was accepted into college. Before that, she was homeschooled from Ohio Virtual Academy. 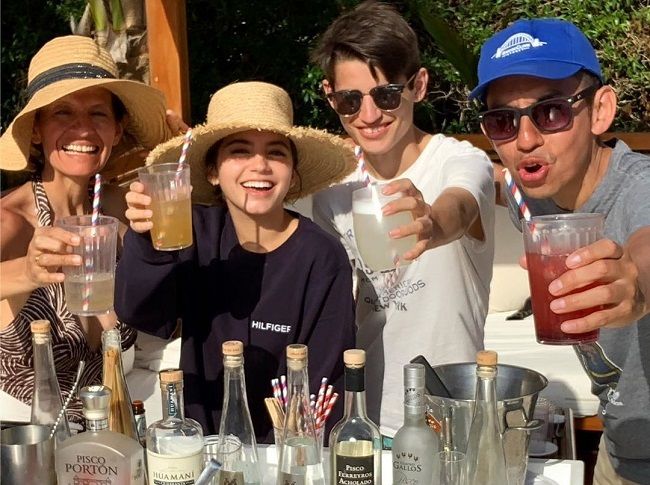 Caption: Isabela Moner posing for a photo with her family during their trip to Peru. Source: Instagram

Isabela Moner is an actress, dancer, and singer. She is an accomplished film, television, and stage actress also known as Isabela Merced. She is notable for her role as CJ Martin on the Nickelodeon series 100 Things to Do Before High School in which she starred with Jaheem Toombs and Owen Joyner among other notable actors. She also starred in Transformers: The Last Knight, Dora the Explorer, and Sicario: Day of the Soldado.

Moreover, she has been acting since the age of 7 years and she made her Broadway debut at the young age of 10 in the production of Evita in which she sang in Spanish with Ricky Martin. Her film debut came in 2013 when she appeared in The House That Jack Built. Also, she lent her voice for Kate in the Dora the Explorer spin-off Dora and Friends: Into the City!

As a singer, she released her debut album Stopping Time in September 2015. Broadway Records released this album. She has also collaborated with Sebastián Yatra and Matt Hunter among other singers.

She shared that she wanted to be an actress from a very young age. She was inspired by movies featuring Shirley Temple and Judy Garland. Then she started participating in local community theatre at the young age of 6 years.

Likewise, her first starring performance was as CJ Martin from 2014 to 2016. Martin is the lead role on the Nickelodeon television series 100 Things to Do Before High School. The same year, she began providing the voice of Kate from 2014 to 2017. Kate is one of the main characters in the Dora the Explorer spinoff, Dora and Friends: Into the City!,

Likewise, in May 2016, she appeared in the film Transformers: The Last Knight, which released in June 2017. Then she went to lent her voice to the character Heather in the animated film The Nut Job 2: Nutty by Nature. It was theatrically released on August 11, 2017. 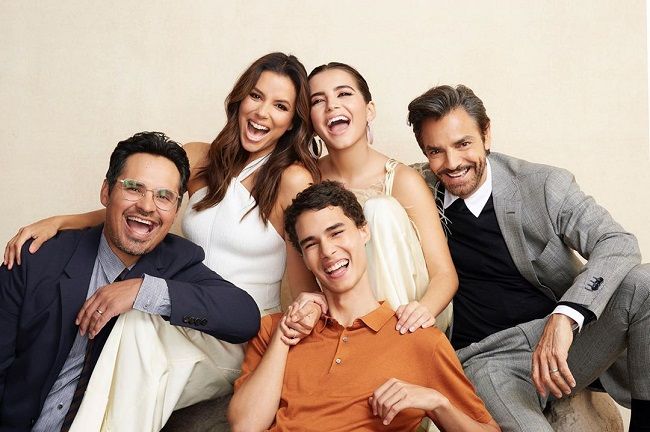 Caption: Isabela Moner posing for a photo with the cast of Dora and Friends Into the City! Source: Instagram

In the 2018 film Sicario: Day of the Soldado, she played the major role, playing the daughter of a drug cartel head. The same year, she played the role of Lizzy, the adopted daughter of the characters played by Mark Wahlberg and Rose Byrne. It was in the comedy film Instant Family.

In the year 2019, she starred as the title character in Dora and the Lost City of Gold. It is a live-action film adaptation of the animated series Dora the Explorer. Then January the same year, she appeared in the Christmas romantic comedy ensemble film Let It Snow. She will be working opposite Jason Momoa in the film Sweet Girl. It is a Netflix original yet to release.

Besides these, she was also nominated for several more awards. Moving on, the young actress and singer she has a net worth estimation of over $1 million dollars. She earns through her acting and singing projects among others.

At present, Isabela Moner is single. But she previously dated her co-star Jace Norman is 2016. They worked together in a Nickelodeon show. The then-lovers admitted their romantic relationship in April 2016 and went separate ways in November the same year.

After that, there were rumors that she was in a relationship with Dylan Summerall in the year 2017. But the rumors died down when Dylan started dating Brec Bassinger.

Isabela Moner stands tall at a height of 1.55 meters or 5 feet 1 inch. Likewise, her weight is approximately 50 kgs and her chest-waist-hip measures are 36-27-35 inches respectively. She has brown hair color and eyes of the same color. 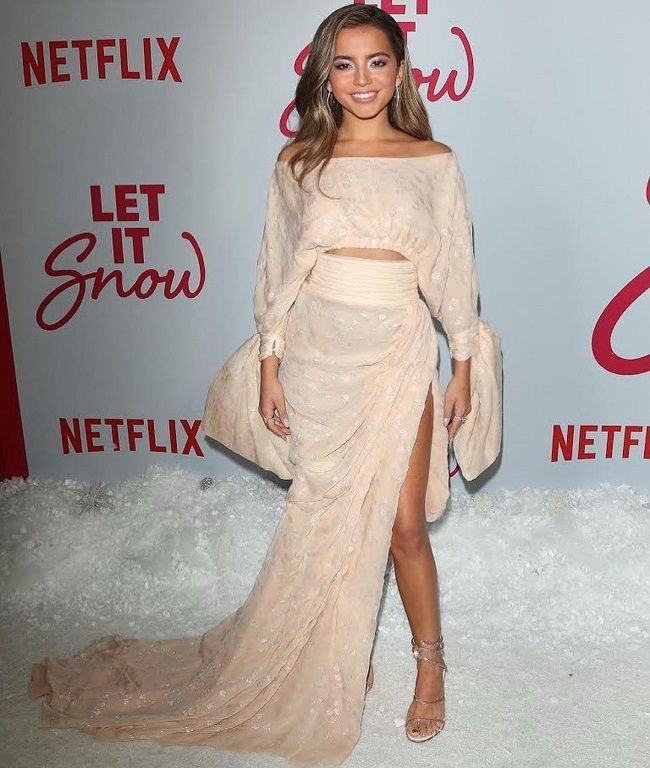 Caption: Isabela Moner posing for a photo at an event of Let It, Snow. Source: Instagram

Talking about her social media presence, she joined Twitter in September 2010 and so far has 129.7K followers on her @isabelamerced account. She goes by the same username, @isabelamerced, on Instagram too. On her Instagram account, she has shared 1,193 posts and earned 2.8 million followers. Moreover, she also has a self-titled youtube channel that she created on July 12, 2012. This channel currently has 32,167,240 views and 483K subscribers at the time of preparing this biography.