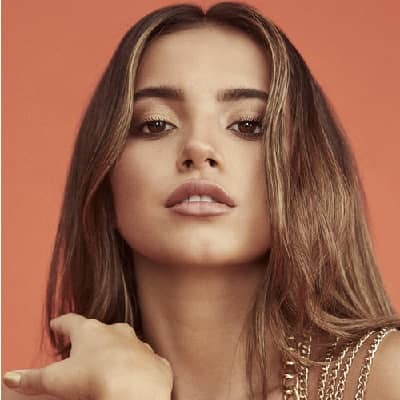 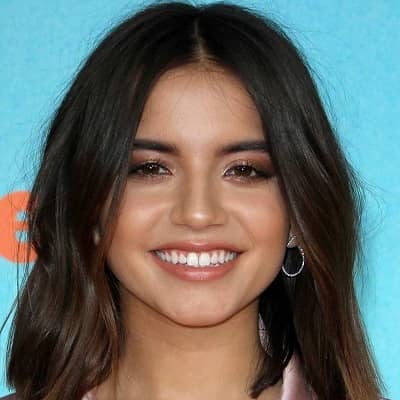 Isabela Yolanda Moner is a renowned American Actress, Voice actress, and Singer officially known as Isabela Merced. Isabela Merced is famous for her roles in Nickelodeon television series ‘100 Things to do Before High School(2014-2016)’ as CJ Martin and voiced as Kate in nickelodeon animated spinoff series ‘Dora and Friends: Into the City(2014-2016)’. Her first film debut was ‘The House That Jack Built (2013)’.

Isabela Merced was born on 10 July 2001(age 20 years old) in Cleveland, Ohio, United States. She was born to her father Patrick Moner(who was born in Louisiana) and is a small business owner, and Katherine(a Peruvian from Lima and Peru), who is a talent hunter. However, she has Polish and Slovak ancestry as well. She admitted that her first language was Spanish and struggled with the English language.

Likewise, she considered herself more Peruvian than American. She has two brothers as her siblings, Jared as older and Giovanni as a younger one. Her sun sign is cancer. she has mixed Ethnicity. From, a very early age she was interested in singing and acting a well as arts, which further became her career.

One thing about the actress is that on October 14, 2019, she decided to change her name to Isabela Merced as her stage name in the memory of her late grandmother whom she never could meet. 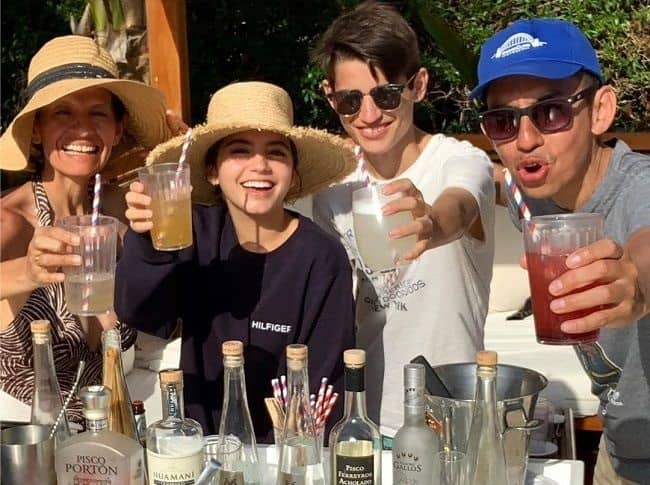 She was a brilliant child from the very beginning of her schooling. Not much information about her schooling can be found. At, age 15 she was accepted into a college. Then, she continued her study.

Regarding her professional life, she was inspired by movies featuring ‘Shirley Temple’ and ‘Judy Garland’. She was interested in arts from a very young age. In addition, she started singing as a child performer when she was 6 years old and did her first play. In the years 2008 and 2009 she participated in ‘Youngstown Superstar’ and ‘Playhouse Square Rising Star’ and won both of them respectively.

At the age of 10, she got her to break through broadway play ‘Evita’ based on the 2006 ‘West End’ production where she sang in Spanish with ‘Ricky Martin’.The play also starred Elena Roger, Michael Cerveris, and Rachel Potter. The paly also received three ‘Tony awards’ nominations.in 2015 September she released her album produced by Broadway Records with the title ‘Stopping Time’.In 2013 she played the role of ‘Fendy’ in the production of ‘Fly’ in Dallas. She also got an invitation to appear in big movies like ‘Les Miserables’ and ‘Billy Eliot’.

Isabela made her first movie debut in the year 2013 as young Nadia in the movie ‘That House That Jack Built. In the year 2014 Serieslayed the role of Jeny in appearedeies ‘Growing up Fi she. She appeared in seven episodes. She was also seen in ‘DoraNickelodeons: Into the City! (2014-2017)’  (Nickelodeon animated series) as the main breakthrough role kate. She got her biggest breakthrough series named ‘100 Things to do before High School’ as CJ Martin in the lead role. After these roles her, popularity knows no boundaries. 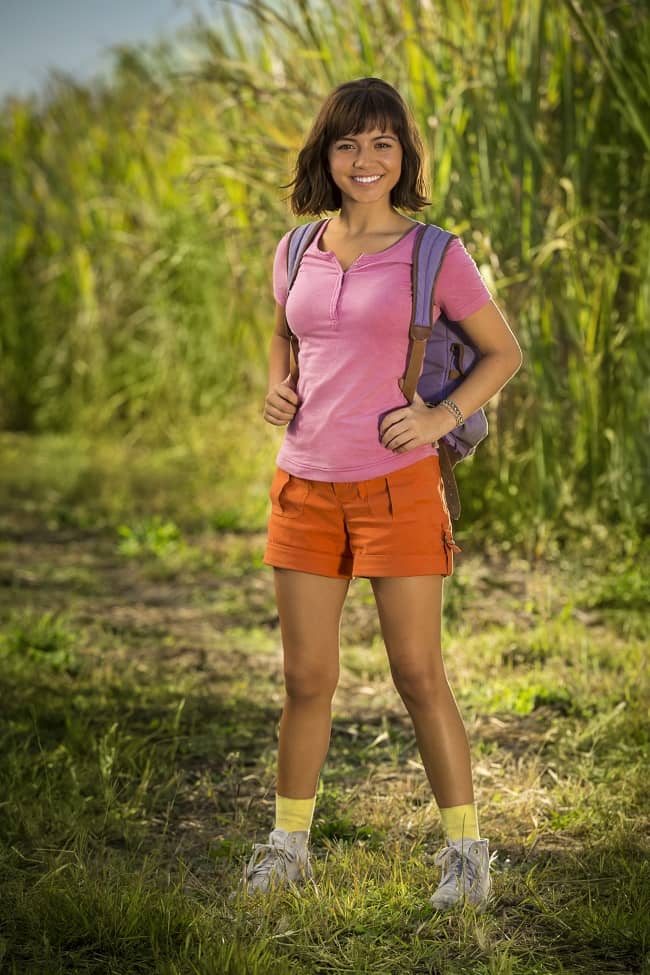 Isebela Merced in one o her movie (Soure: Imdb.com)

In 2015 She portrayed the role of Lori Collins in the TV movie ‘Spitting Adam’ and Sadie in ‘Legend of the Hidden Temple’ in 2016. In 2016 she got the role of Jeanne Galleta in the movie ‘Middle School: The Wsame-titled my Life’ based on ‘noble with same-titled by James Patterson and Chris Tebbetts’.

Moving on, in 2017, she grabbed the role of Izabella in the movie ‘Transformers: The Last Knight’.Which furthermore adds more hipe to her career. She has done a voice role for the character Heather in the 2017 movie ‘The Nut Job2:Nutty by Nature’.She was featured in video games for the voice role as Ava in ‘Kingdom Hearts X Back Cover’.Likewise, her movie career continued Simultaneously.

Furthermore, she was seen in different movies like ‘Sicario: Day of the Soldado(2018)’ as Isab el Reyes, ‘Instant Family’ (2018) as D ora,’ Let it Snow(2019)’ as Isabela Merced,’ Spirit Untamed(2021)’ in voice role as Lucky Prescott. She has continued her television roles as well. She was seen in The ‘Amazing Race Canada(2019)’ as herself in the episode ‘Clamageddon Contin ues’Nickelodeonlso seen in ‘#Kids Together: The Nickelodeon Town Hall’ as herself.

Her breathtaking acting has caught the eye of many viewers. Her movie ‘Sweet Girl(2021)’ as Rachel Cooper is still streaming. Fans are very excited about her upcoming projects as well. Her next upcoming movies are ‘Rosaline(2022)’ as Juliet and ‘The Father Of The Bride’ are still filming and are yet to be announced. But all of her audiences and fans are eagerly waiting for her projects.

In the same year, she won the Cinemacon Awards of a Rising star of the year for Herself. One same year she was again nominated with Young entertainers awards for Middle school: The worst years of my life as Best young ensemble cast- feature film. In the year 2019, she was awarded two awards for young entertainers awards as Best leading young actress or Instant Family as well as Image Awards or Best actress –Feature movie for the same movie. So till now, her career has not seen any bounds and we hope to see her in many other movies with many awards in her hands as well.

An American Actress and Singer has gained fame at a very young age. She is one of the leading young actresses in the industry. Analyzing her career she has earned much for her living. We can also assume that she is living a very sustainable life. Her estimated net worth is around $3 million approx. The Nickelodeon actress is yet to gain much popularity and worth in the coming days.

As per a report, the nickelodeon actress was in a relationship with her co-star Jace Norman in 2016. The duo dated for about 6 months and in 2017 they call it to quit. As of now, the multitalented actress is single and not seeing anyone. The actress is not even ready to many any prior commitments rather than her career.

The beautiful actress started her career at a very young. She has a perfect body with a beautiful body and face. Similarly, she has dazzling light brown eyes and dark brown hair. She is about 5 ft 1 inch tall and 48 kg. Her body measurements include 36-27-35 inches. Her bra size is 34B. In addition,  her perfect smile and her eyebrows can be taken as her distinctive features. 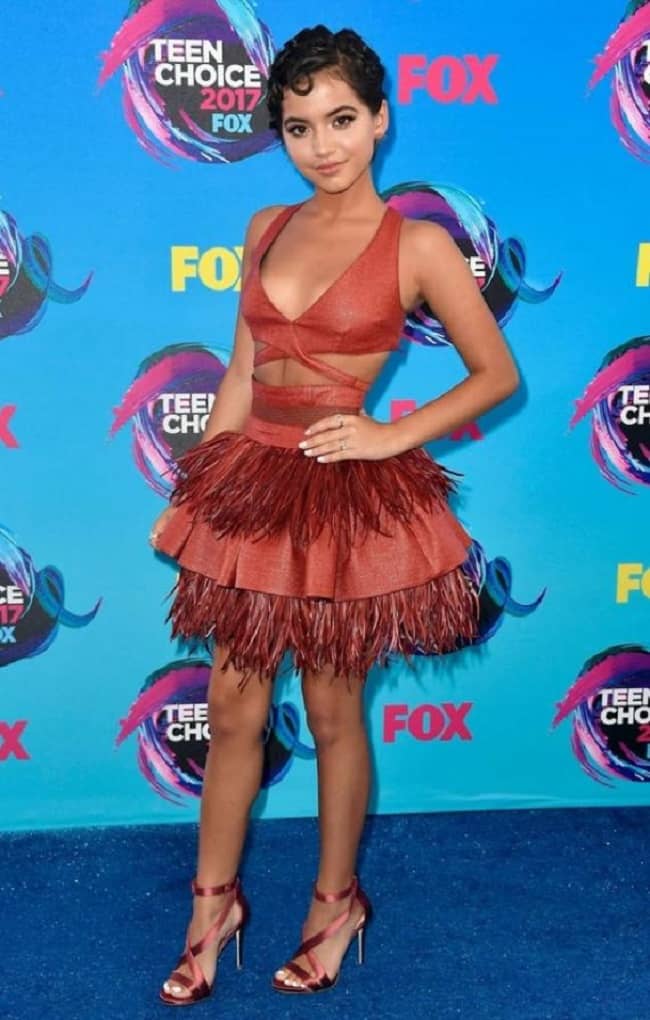 Caption: Isabela Merced in one of the award functions ( Source: Image Collect)

Her marvelous acting has caught the viewers in the best possible ways. She is especially known for her young acting, wonderful voice, and amazing personality. Her favorite actress is Jenifer Lawrence and loves using hashtags on Instagram. She has about 3.4M followers on Instagram, 143.6k followers on Twitter, about 6.5 lakh subscribers on youtube. Her tremendous fan following has amazed everyone and her follower count is still on board.