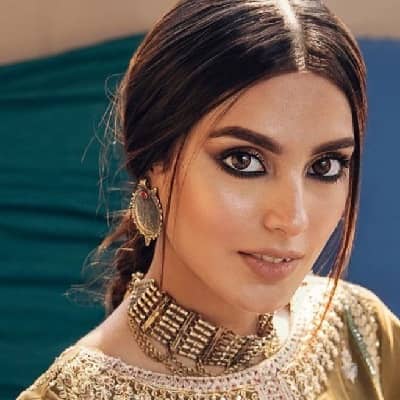 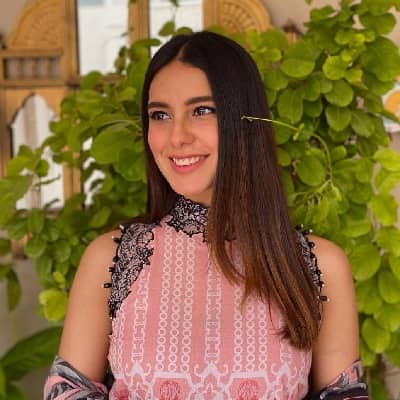 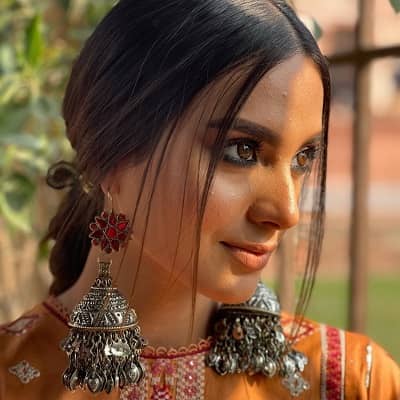 Iqra Aziz is a popular Pakistani Television actress and model. Iqra is best known for her role of Jiya in Suno Chanda and for receiving the Lux Style Awards.

Iqra Aziz was born Iqra Aziz Hussain on November 24, 1997, and is currently 23 years old. Born in Karachi, Sindh, Pakistan, Iqra is Pakistani by nationality. Similarly, she follows the Islam religion and her caste is Sindhi. Being born on November 24, her birth sign is Sagittarius.

Talking about her family members, Iqra was born to her father Late Abdul Aziz, and her mother Aasiya Aziz. Her father Abdul died when she was very small. Her mother Aasiya is the first female Careem driver in Karachi. Similarly, she also has a sister named Sidra Aziz who is a software engineer.

Moving towards her educational background, Iqra Aziz completed her schooling at a local high school in Karachi. later she joined the University of Karachi and studied B.Com there. She used to work while studying. Therefore, she left her studies to fully focus on her acting career. However, she has thought to continue her education.

Iqra began her career at the early age of 14. After giving an audition for a TV commercial model, she was hired by Talent agency Citrus. From her commercials, she got noticed by Momina Duraid, co-producer of Hym TV, and offered her a role in the movie “Kissey Apna Kahein”. After some years, Iqra appeared in the lead role in Hum TV’s drama series “Muqaddas”. This series gave her a breakthrough and also got nominated for the Lux Style Awards.

In 2016, Iqra appeared as the lead role in two movies “Socha Na Tha” and “Deewana”. In the same year, she also appeared in the supporting role in some movies such as “Kisay Chahoon”, “Laaj”, and “Choti Si Jindagi”. The following year, she appeared in “Gustakh Ishq” and did a brief appearance in the 2017 series “Dil-e-Jaanam”. Similarly, in 2018, Iqra appeared in some other projects such as “Ghairat”, and “Khamoshi”.

In 2019, Iqra collaborated with Shehzad Sheikh in Idream Entertainment’s “Qurban”. Similarly, she appeared as Ajiya Nazakat in the movie “Suno Chanda”. Therefore, some of her other famous movies and series are “Tabeer”, “Ranjha Ranjha Kardi”, “Suno Chanda”, etc.

In 2019, Iqra won the Lux Style Awards under the category “Best Television Actress” for her film “Suno Chanda”.

Iqra Aziz is currently in a married relationship with Yasir Hussain. Yasir is a popular Pakistani actor, screenwriter, and host. They both dated for some years and got engaged on July 7, 2019, at the 18th Lux Style Awards. However, Iqra and Yasir married each other on December 28, 2019. The couple also has a son named Kabir who was recently born in July 2021. At present, Iqra is living a happy life with her family. In addition, Iqa was also once rumored to be in a relationship with actor Affan Waheed. Though, she clearly said it was a rumor. 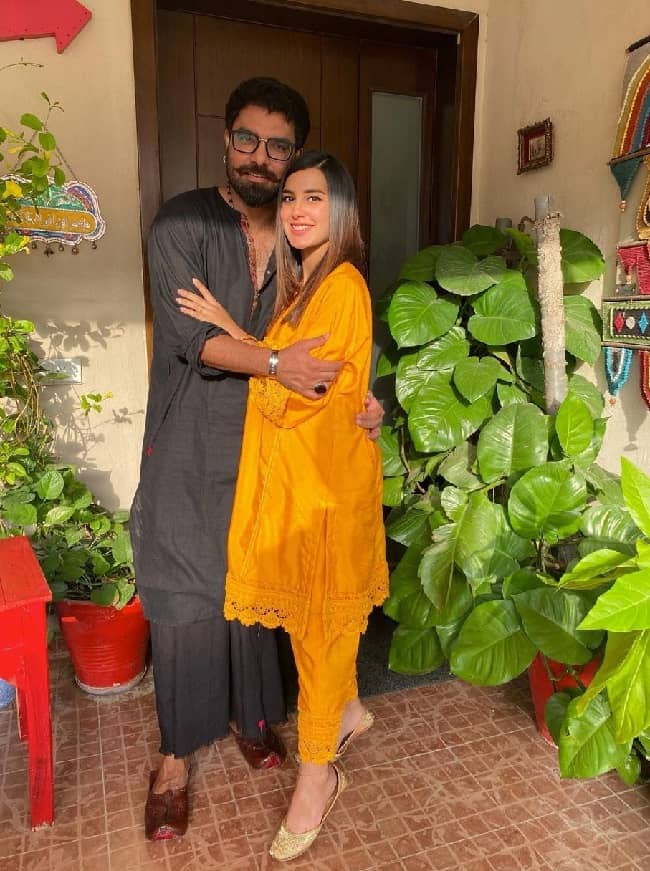 Enhancing her body measurements, Iqra stands tall at a height of 4 feet 9 inches or 1.45 meters tall and weighs around 50 kg or 110 pounds. Moreover, she has maintained a pretty well-shaped body as an actress. Her actual body measurements (Chest-Waist-Hip) are 34-26-34 inches. In addition, Iqra has black hair with a pair of beautiful dark brown eyes. 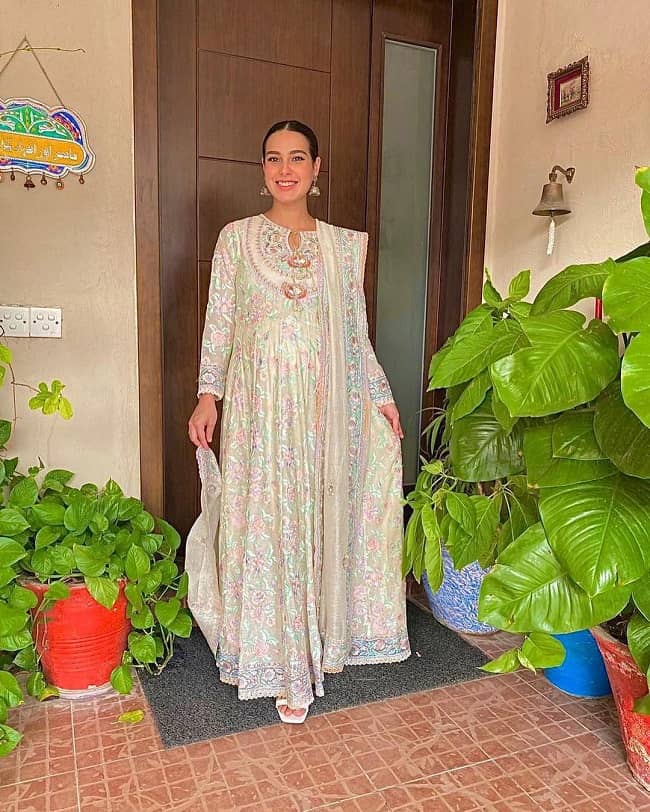 Moving on, Iqra is also active on Tiktok. With her amazing acting videos, she has earned more than 51.3k followers and over 505.3k likes. In addition, Iqra also runs a Youtube channel under her name and has more than 549k subscribers. 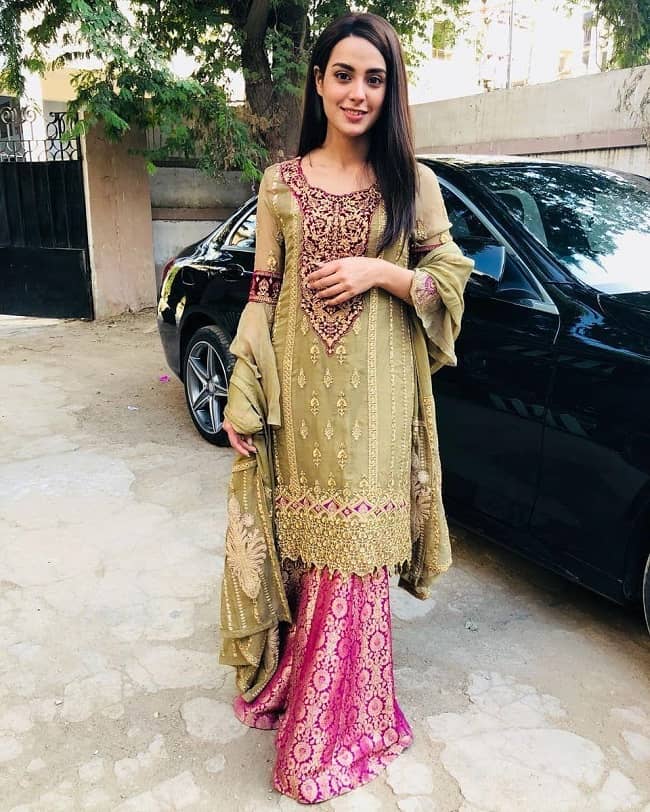 Iqra has made a satisfactory amount of money throughout her career. According to the online resources, Iqra has an estimated net worth of $90 million US dollars. She earned this large amount of wealth from her acting career.