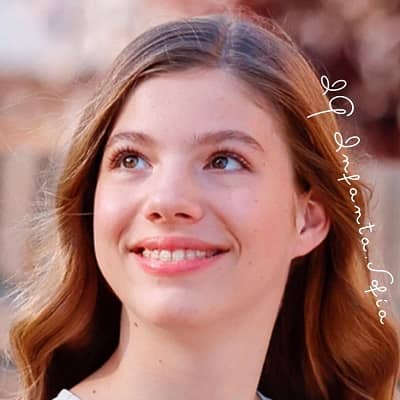 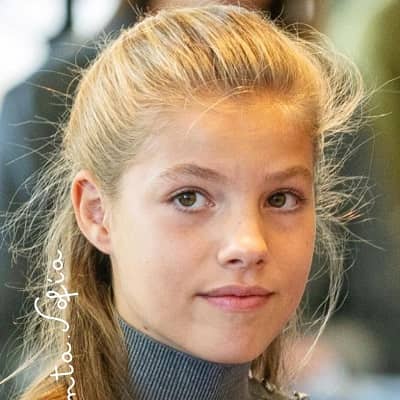 Infanta Sofia is the younger daughter of King Felipe VI and Queen Letizia of Spain. Infanta Sofia of Spain has an older sister, Leonor, who is the next in line to the Spanish crown.

She has a birth sign of Taurus and believes in Roman Catholicism by religion. Moreover, she is the daughter of king Felipe VI of Spain (father), and Queen Letizia Ortiz Rocasolano (mother). She grew up with her elder sister, Leonor, whom she follows in the line of succession to the Spanish throne. 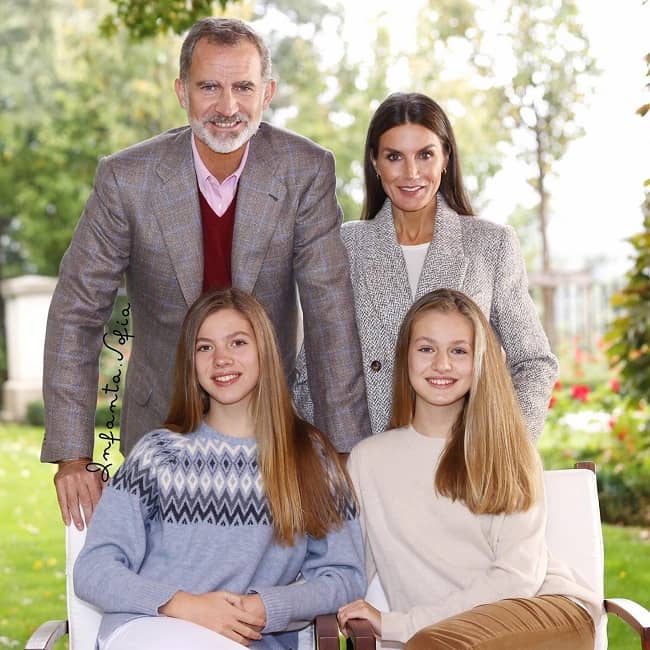 Sofia was called after her paternal grandmother, Queen Sofa of Spain. On July 15, she was christened in the gardens of the Palacio de la Zarzuela by the Archbishop of Madrid, Antonio Mara Rouco Varela. Her godparents are Paloma Rocasolano (her maternal grandmother) and Konstantin, Prince of Vidin.

On May 17, 2017, she made her First Communion in the parish Asunción de Nuestra Seora, attended by her parents, older sister, grandparents, maternal great-grandmother Menchu lvarez del Valle, step-grandmother Ana Togores, and godfather Konstantin-Assen of Bulgaria, Prince of Vidin.

Talking about her academic career, Infanta Sofia is a student at the Santa María de los Rosales school in Madrid.

Being a member of the Royal family of Spain, she takes part in several royal family programs. However, not much is known regarding her professional career at the moment.

The current King of Spain is Felipe VI. He is also Europe’s youngest monarch. His ascension to the throne comes at a period when the monarchy was in upheaval. As King Juan Carlos I’s only son, he was the sole heir to the throne.

He completed his military training alongside his education, as is required of the prince of the state. H Fe promoted relations with Spanish America and the former Spanish East Indies as Prince of Spain. He represented the Spanish monarchy both domestically and internationally throughout the 1990s.

In addition to his professional duties, he serves as the honorary president of numerous associations and foundations. Felipe, who is a sports fanatic, has aggressively supported Spanish sports on an international scale. Due to link-up rumors with various desirable women, Felipe has spent most of his bachelor years in the Spanish media spotlight.

Queen Letizia Ortiz Rocasolano is the wife of King Felipe VI. She grew up in a middle-class family and worked as a journalist for ABC and EFE before becoming a CNN+ and Televisión Espaola news anchor.

Moreover, she married Felipe, Prince of Asturias and heir apparent to the Spanish crown, in 2004. Leonor and Sofia, their daughters, were born in 2005 and 2007, respectively.

Letizia represented her father-in-law, King Juan Carlos, in Spain and internationally as Princess of Asturias. Felipe and Letizia became king and queen upon her father-in-abdication laws in June 2014.

Being a member of the royal family of Spain, Sofia has lived a luxurious life with the attention of the media, the general public, and many more. As of 2022, this princess’s net worth is estimated at around $100,000 to $1 million.

Talking about her personal life, Sofia is currently single and not dating anyone at the moment. However, there is no information regarding her past or present relationship and likewise keeps her personal life a secret.

Sofia stands 5 feet 6 inches tall and weighs around 46 kg. Moreover, this princess has hazel eyes with blonde hair color and not much is known regarding her other body stats. 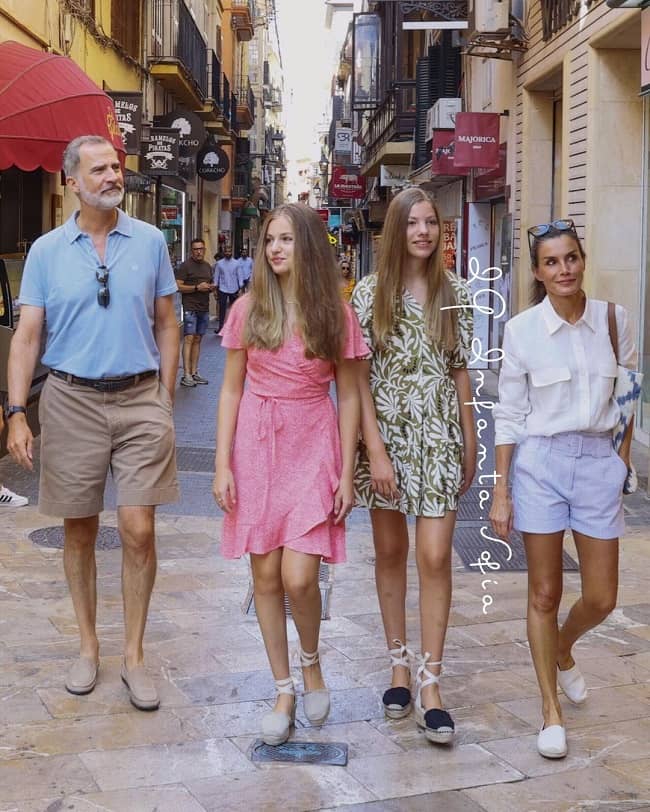 Caption: Infanta Sofia rooming around the street with her family (Source: Instagram)