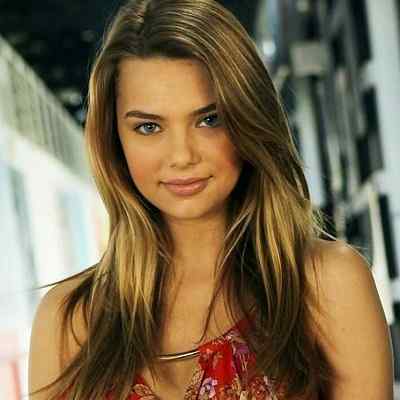 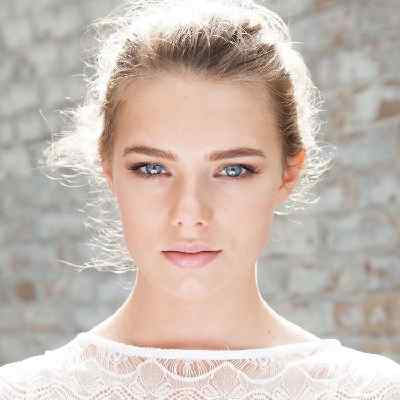 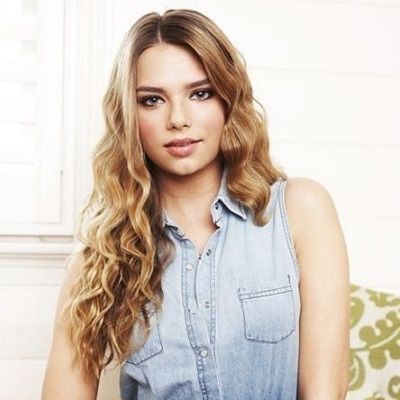 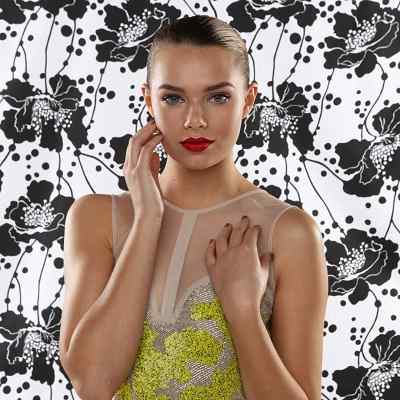 Indiana Evans first opened her eyes on July 27, 1990. She is originally from Sydney, New South Wales, Australia. Presently, she is 30 years old and her birth sign is Leo. She grew up with her siblings, Alexis and Max. As a teenager, she attended the ‘Newton High School of the Performing Arts’. However, she soon dropped out of high school, as she had already started receiving significant acting offers.

As a child, she was extroverted. She never shied away from acting or singing in front of guests or her family. Observing her penchant for performing arts, her parents enrolled her into dance classes when she turned 7. There, she began training in ballet and then learned tap and jazz.

When she was 9, one of her friends in her dance class joined a small-time acting agency. Following in her footsteps, she did the same. For some years, she tried auditioning for different roles, but her agency was not able to bring her good opportunities.

When she was 13 years old, she had tried joining different modeling and talent agencies but without much success. Similarly, in 2003, she bagged a small role in the series ‘All Saints’, which she accepted. Thus, she began her full-fledged acting career. ‘All Saints’ series was a medical drama that was fairly popular with the Australian audience. Indiana played ‘Milly Roberts’ in the episode titled ‘Destiny’s Child’. Following this small debut, several more roles started raining in. Consequently, she appeared in the advertisement campaign for ‘Kool-Aid’. She appeared as the main lead in the children’s series ‘Snobs’ in 2003.

She played the role of ‘Abby Oakley’. The series received mixed reviews and was canceled after one season. However, her role in the film received immense appreciation from both critics and audiences. In 2004, she started appearing in the Australian soap opera Home and Away’. It remains to be one of the longest-running soap operas in the country.

She portrayed the role of ‘Matilda Hunter’ in 197 episodes of the soap, over the course of the next four years, and gained a significant fan following. Moreover, her portrayal of a spoiled teenage girl won her several award nominations. And, although the soap opera provided her a great platform to become a well-known actor, by 2008, she had started feeling that her role was not meaty anymore.

Soon, she revealed that she had been offered a contract extension but that she had denied it. She claimed she wished to explore other opportunities. Therefore, she made her last appearance on the show in July that year. She appeared as ‘Kylie Watson’ in the film ‘A Model Daughter: The Killing of Caroline Byrne’ in 2009.

The TV film was based on a true story and was received well by both critics and audiences. She appeared as one of the main leads in the children’s series ‘H20: Just Add Water’ in the same year. She replaced Claire Holt to play the role of ‘Bella,’ a mermaid. The series was widely popular and was showcased in many countries around the globe.

It was critically and commercially acclaimed and won numerous awards and several nominations. Furthermore, her role in the series was not just limited to acting in it. She also put her singing abilities to good use and contributed to the soundtrack of the series. Therefore, the main theme of the series, ‘No Ordinary Girl,’ contained her vocals.

She had also contributed to more songs in the soundtrack. The series ran for three seasons. However, due to its overpowering budget and a few other issues, the series was not renewed for a fourth season. She then released a self-titled solo soundtrack album for the series.

She appeared in the science-fiction disaster film ‘Arctic Blast’ in 2010. It featured her as ‘Naomi Tate,’ one of the leading characters. The film narrated the tale of a solar eclipse threatening to push the world into a new ‘Ice Age.’ It received mixed reviews from critics, but it managed to become one of the most successful films of the year.

Likewise, in 2011, she appeared in the legal drama ‘Crownies,’ playing the role of ‘Tatum Novak,’ a fresh law school graduate. The show was praised for its original premise and the performances of its cast members. She appeared in all 22 episodes of the show before it went off the air.

She appeared in the made-for-TV film ‘Blue Lagoon: The Awakening’ in 2012. She played the leading role of ‘Emma.’ Both the film and her performance received mixed reviews from critics. In the next year, she reprised the role of ‘Tatum Novak’ in four episodes of the series ‘Janet King,’ which was a spin-off to ‘Crownies’. Her performance received widespread acclaim in the series ‘Home and Away.’ It also won her a ‘Queen of Teen’ award at the ‘Dolly Teen Choice Awards’ in 2008. Moreover, she also received nominations at the ‘Logie Awards’ and the ‘Inside Soap Awards’ for the same role. Despite her popularity and fame, she has not received any brand endorsement deals as of now. However, it is possible that in near future, she might start to endorse brands.

Evans has been in many relationships throughout her career. She has dated actors Luke Evans, Rhys Wakefield, Lincoln Lewis (2007-2008), and Angus McLaren (2009-2012). Angus and Indiana stayed together for 3 years until 2012.

However, as of now, she is single and enjoying her single life to the fullest. But, on April 12, 2020, she posted a picture with Alex Williams. There is no confirmation about their relationship but their fans assume that they are a couple. She has a slim and lean body figure. She is 5 feet 5 inches tall and her body weight is around 57 kilos. She has a pretty pair of blue eyes and has blonde and wavy hair. Moreover, her chest-waist-hip measurements are 34-24-36 inches respectively. She wears a shoe size of 8 (US) and a shoe size of 7 (US).

Indiana is not very much active on social media sites. She has an Instagram account under the username ‘@indianaevansn’ and has gathered over 62.7K followers. She joined her Twitter account in August 2012. There, she has earned over 2K followers but she hasn’t tweeted yet.

Her amazing active debuts surely make her a very good amount of money. She might have earned a huge amount of money throughout her career. However, her estimated net worth is around $1 million dollars.