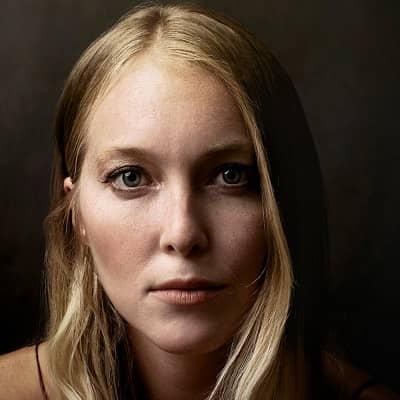 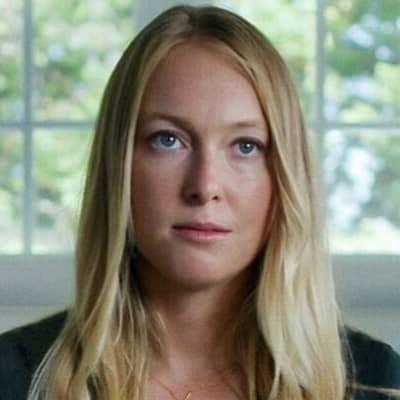 India Oxenberg is a film producer, actress, television personality, and writer from the United States of America. India Oxenberg is the daughter of an American actress Catherine Oxenberg. Moreover, India is the granddaughter of Princess Elizabeth of Yugoslavia. 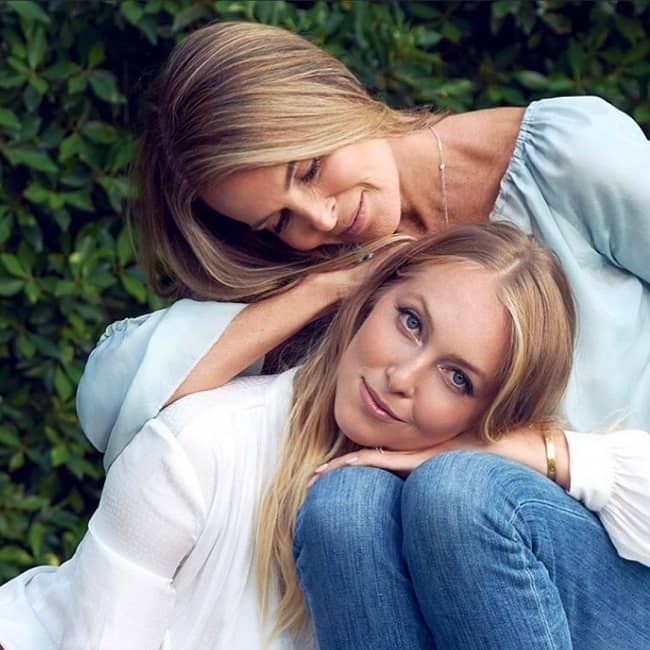 India Oxenberg was born in a royal family in Los Angeles, California on June 7, 1991. India’s zodiac sign is Gemini and she is currently 31 years old. Her mother’s name is Catherine Oxenberg and her father’s name is William Weitz Shaffer. She was reportedly forbidden to reveal her real father due to William’s troubled past. While Catherine and William met, William lived a fugitive life in Germany and pleaded guilty in court in Seattle, Washington for smuggling several tons of marijuana from Thailand in 1992.

Her mother Catherine is an actress and related to the House of Karageorgevich the former royal family of the Kingdom of Serbia and the Kingdom of Yugoslavia. Moreover, India’s maternal grandmother is Princess Elizabeth of Yugoslavia. India has two half-sisters through her mother’s marriage to actor Casper Van Dien named Maya Van Dien and Celeste Van Dien.

India Oxenberg studied and graduated from Malibu High School in Malibu, California. Besides that, there is no other information about India’s other academic achievements.

India Oxenberg started her acting career in the television drama The Miracle of the Cards in 2001. She played the role of Mattie in the science fiction television film The Vector File in 2002. India was also a cast member on the 2005 Lifetime reality TV series “I Married a Princess” which followed her family while her mother was married to Casper Van Dien. India also played a minor role in the video game adaptation of the film Starship Troopers and a role in the Syfy original movie The Fallen Ones.

Moreover, India played a small role in the Disney film “Princess Protection Program” in 2009. India portrayed a Pixie Teammate in the comedy movie “Noobz” in 2012. She attended a self-help entrepreneurship course hosted by NXIVM with her mother after leaving college after one year. 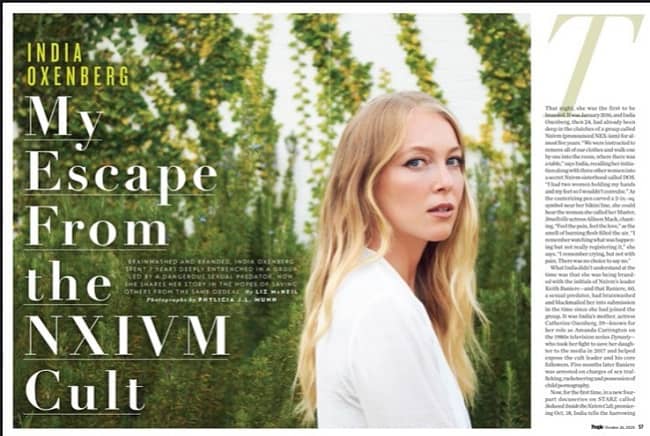 India and her mother started the program together but her mother later left the program. Allison Mack approached India about joining a secret sorority called Dominus Obsequious Sororium in January 2015 after five years in the program. Allison instructed India to provide personal family secrets and pose for nude photographs and also limited India’s amount of food and required to cook and clean while living with Mack in Albany, New York.

During this process, Allison groomed India to become a sexual partner for NXIVM’s founder and leader, Keith Raniere. Moreover, India left NXIVM in 2018. India’s mother tried to get India out of the organization and expose the cult through media in 2017 while India was in NXIVM. Her mother Catherine wrote the book “Captive: A Mother’s Crusade to Save Her Daughter from a Terrifying Cult” in 2018. Moreover, India discussed her time in the cult in the HBO 2020 documentary “The Vow”. At present, she is not signed as a brand ambassador for any brands or products. Nevertheless, she will surely involve in the endorsement of major brands in the coming future.

Talking about India’s awards and nominations, she hasn’t won all of them so far. Looking at India’s success and fan following, we can presume that she will win them in the coming years.

The estimated net worth of India Oxenberg is $800K US dollars. India’s main sources of income are her career as an actress. Besides that, there is no information about India’s salary.

As far as India’s marital status is concerned, she is married to Patrick D’Ignazio. India and her fiancee Patrick married in December 2020. They met each other while working as the manager of a restaurant in New York City. Her husband Patrick is a chef at a restaurant in New York City. Moreover, India and Patrick engaged in August 2020 and lived in Los Angeles near Venice Beach. Previously, India was in a relationship with singer Hudson Franzoni.

During her time at NXIVM, India became a slave in the sex cult and received branding by NXIVM leader Keith Raniere. Her mother Catherine actively began to campaign against the organization and tried to get her daughter out. The women were beaten and put on a restrictive, 800-calorie diet besides branding them. They even compelled to hand over nude pictures and make recorded confessions about family members and threatened to release them to the public if they tried to leave the organization.

India Oxenberg stands at 5 feet 7 inches tall and weighs around 60 Kg. India has blonde hair and grayish-blue eyes. Moreover, India’s bra size is 33B and her body measurements are 33-25-34. 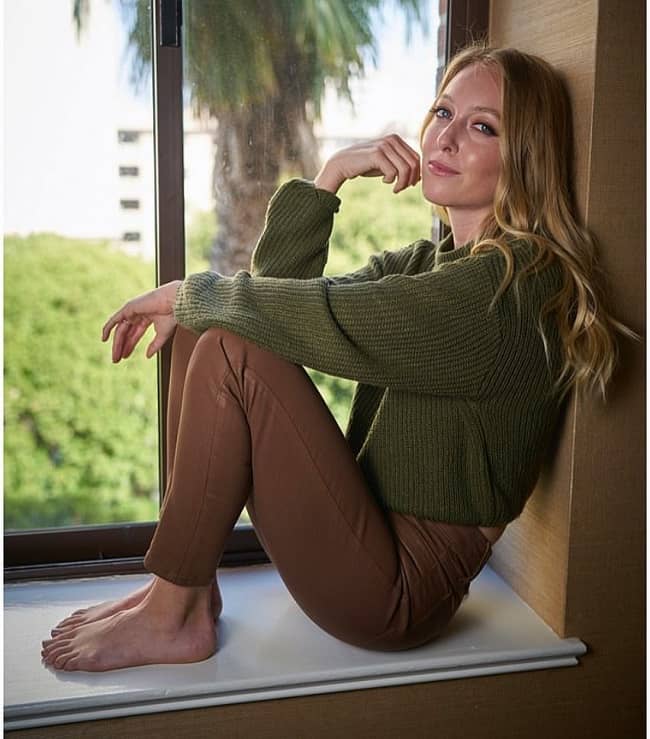