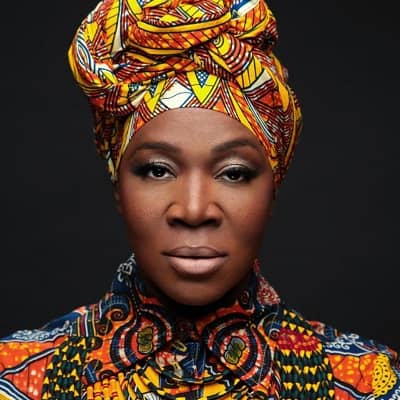 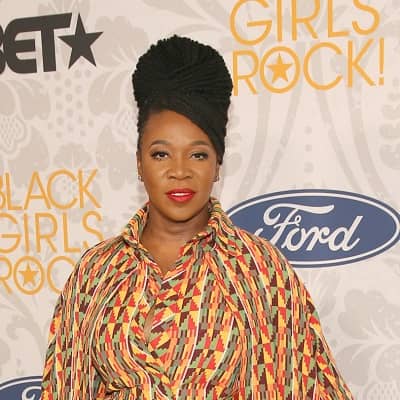 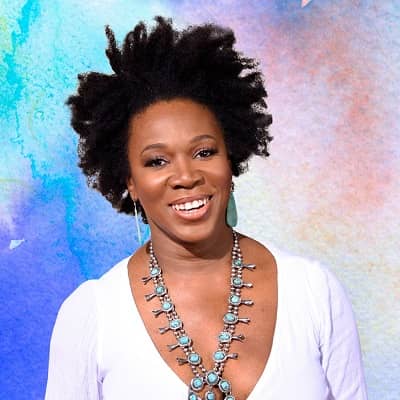 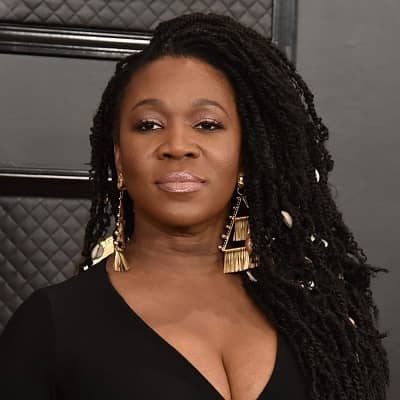 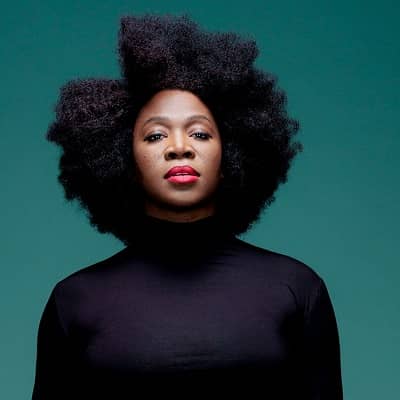 India Arie is a prominent American singer-songwriter, musician, and record producer. India Arie is also well-known for winning 4 Grammy awards for her work.

India Arie was born on October 3, 1975, and she is currently 45 years old. India hails from Denver, Colorado, United States, and her zodiac sign is Libra. Likewise, her full name is India Arie Simpson. Talking about her family, India’s parents are mother Joyce and father Ralph Simpson.

Her mother is a former singer who was signed to Motown as a teenager and opened for Stevie Wonder and Al Green. Whereas, her father is a former NBA basketball player. India’s parents encouraged her musical skills in her younger years. 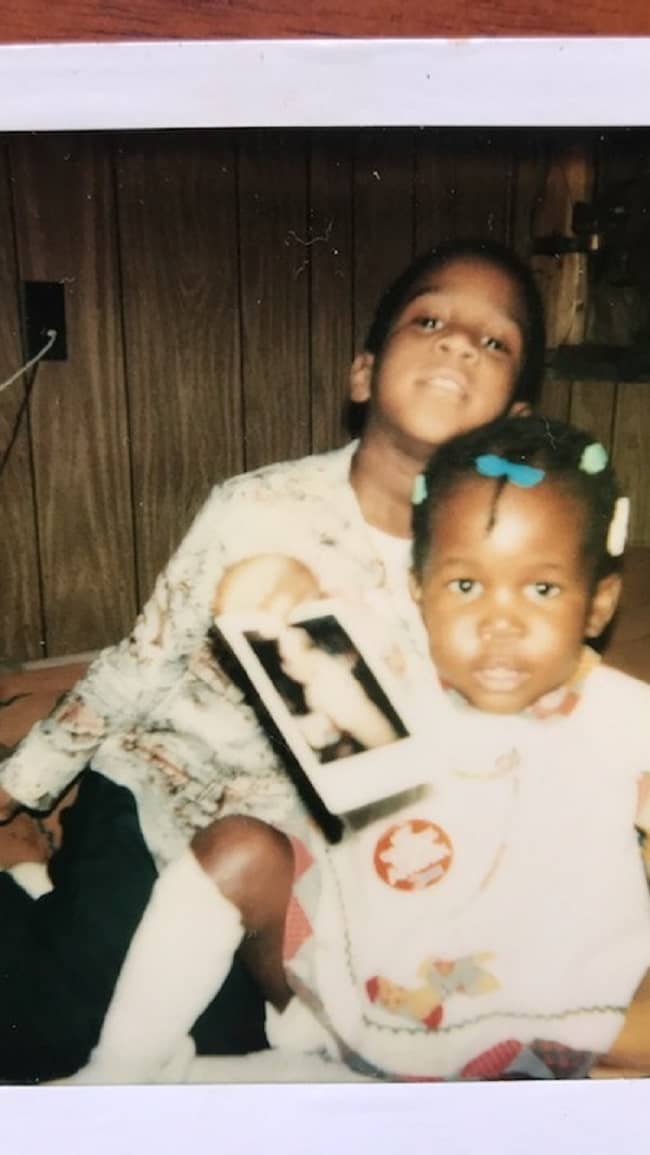 Caption: India Arie in a childhood photograph with her brother. Source: Instagram

At present, India’s mother is her stylist. Moreover, India has an older brother namely J’On, and a younger sister named Mary A Martin of Philadelphia, Pennsylvania. Talking about her ethnic background, India is of African-American background. As per a DNA analysis, India is a descendant of the Mende people of Sierra Leone, the Kru people of Liberia, and the Fula people of Guinea-Bissau.

At the young age of 13 years, India’s parents divorced and she went on to live with her mother in Atlanta, Georgia. There, she took a succession of musical instruments throughout her schooling in Denver. However, India’s interest in the guitar led to a personal revelation about songwriting and performing.

This happened while India attended the Savannah College of Art and Design, in Savannah. At Savannah College, studied jewelry making. Moreover, as a music genius, India is good at playing saxophone, baritone clarinet, french horn, recorder, trumpet, and guitar.

Professionally, India Arie is more popular by her stage name India. Arie or india.arie. She is a famous singer-songwriter and record producer. The popular singer has sold over 3.3 million records in the United States and over 10 million worldwide. India has also bagged 4 Grammy Awards from her 23 nominations.

Initially, India co-founded Groovement EarthShare. It is the Atlanta-based independent music collective. Following this, the singer turned her one-song turn on a locally released compilation. It led to a 2nd-stage gig at the 1998 Lilith Fair. Then in the year 1999, India signed with Universal/Motown music through its scout. Subsequently, the singer made an introduction to former Motown CEO Kedar Massenburg. 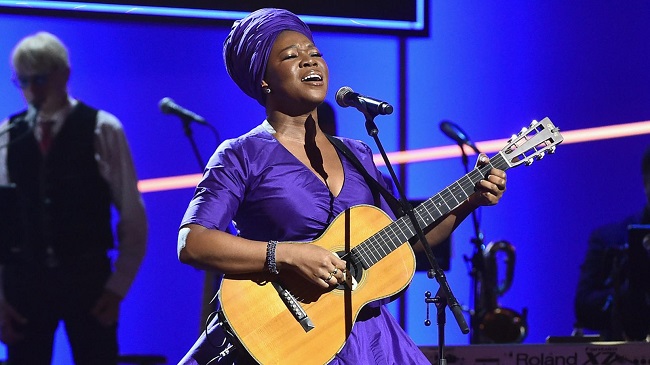 Caption: India Arie performing ‘I Am Light’ at the 2018 Grammys. Source: Grammy

Further, India Arie is named to Oprah Winfrey’s SuperSoul100 list of visionaries and influential leaders. The singer also performed Songversation during 2017 motivational cruises. India has also completed three headlining tours namely Voyage to World Tour in 2002/03, Testimony Tour in 2006/10, and Songversation Tour in 2013/14. Similarly, the singer had an opening act at the Lovers Rock Tour in 2001. 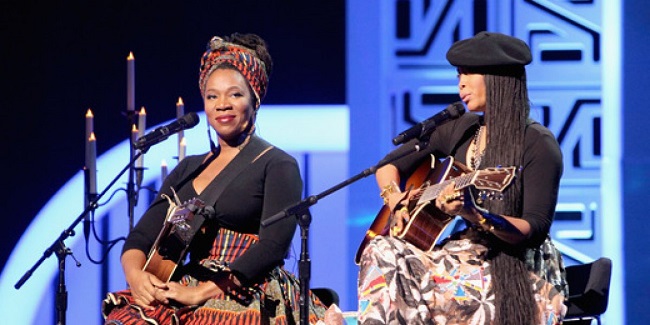 Similarly, in the year 2009, India Arie portrayed the character “Nina Simone” for the Broadway musical Soul Doctor. It was at a staged reading at the Roundabout Theatre Company. Likewise, Soul Doctor is about the life of Shlomo Carlebach and its writer is Daniel Wise.

Talking about her awards, India bagged her first two Grammys in the year 2003 with her song Little Things that won the “Best Urban/Alternative Performance” and Voyage to India that won the “Best R&B Album”. Moreover, the singer won her next Grammys in 2010 for her song Pearls in collaboration with Dobet Gnahoré. They won it in the category “Best Urban/Alternative Performance”.

India then won her last Grammys in 2011 with the song Imagine for “Best Pop Collaboration with Vocals”. Moreover, India won two BET awards in 2002 and 2003 for “Best Female R&B Artist”. The singer has also bagged four NAACP Image Awards. 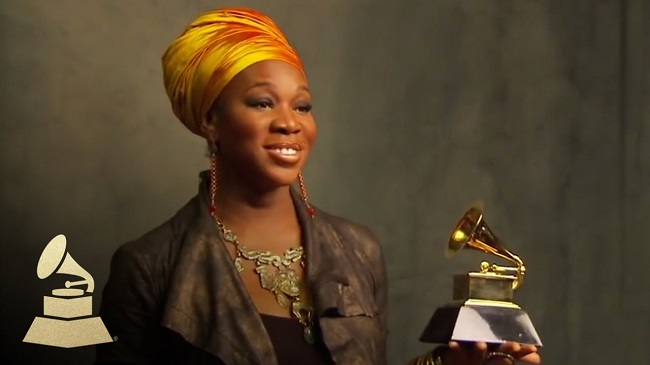 Caption: India Arie posing for a photo with her Grammy award. Source: Youtube

India Arie is single at present. The soul singer was in a few romantic relationships in the past but she has been very discreet about her love life. In June 2020, there were rumors trending about India, and Chris Tucker dating each other for 13 long years.

However, the singer denied the rumors and clarified that they did go on a date or two a long time ago. In her last tweet related to this issue, India shared that wrote “I have a REAL LOVE story for you, I really do”. However, the singer has not shared what her real love story was about.

India Arie is 5 feet 7 inches or 1.7 meters tall and her body weight is around 54 kgs or 119.05 lbs. Likewise, the singer’s chest-waist-hip measurements are 32-26-32 inches respectively. Further, India has dark brown eyes and hair of the same color. 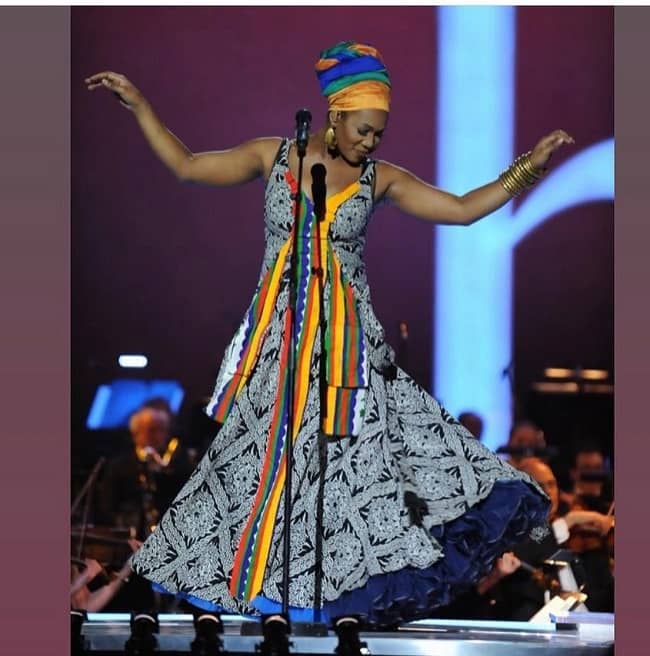 India Arie joined Twitter in March 2009 and so far has over 506.2K followers on her @indiaarie account. Likewise, her username on Instagram is @indiaarie. As of June 2021, this account has earned over 895k followers. The singer also has more than 2.2 million people following her journey on Facebook.

She then created her official “India Arie” Youtube channel on October 2, 2011. So far, this channel has earned over 460K subscribers and 192.5 million views. Similarly, India Arie has a net worth estimation of approximately $6 million US dollars.