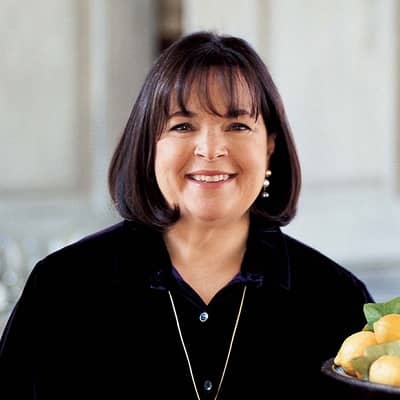 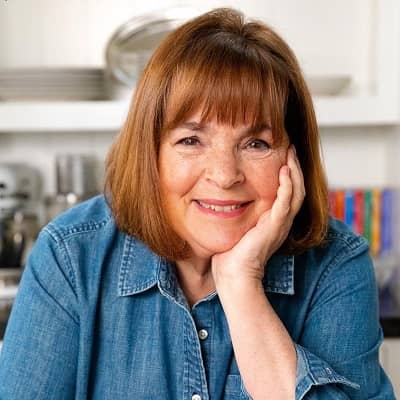 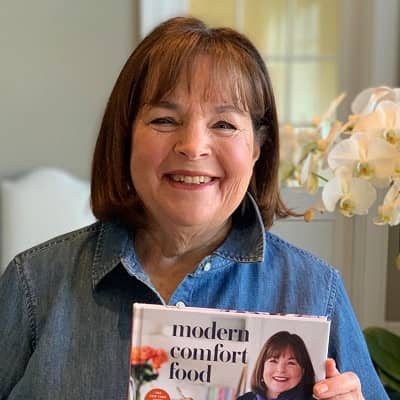 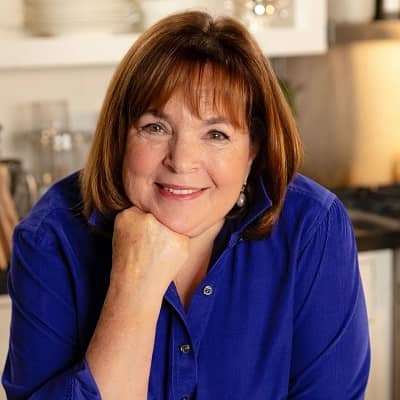 Ina Garten is an American author, chef, TV host, and actress. Ina Garten is well recognized for designing her recipes with an emphasis on fresh ingredients and time-saving tips.

Ina Garten was born on February 2, 1948, as Ina Rosenberg. She was born to a Jewish family in Brooklyn, New York, USA, and raised in Stamford, Connecticut.

Moreover, her parents are Charles H. Rosenberg who is a surgeon specializing in otolaryngology, and Florence who is a dietitian. Moreover, she also has a brother but his name is still unknown.

After completing high school, this author attended Syracuse University in New York, majoring in Economics. In the year 1966, she studied fashion design there. Later, she postponed her educational pursuits to marry her husband.

Moreover, this chef was primarily mentored by Eli Zabar who is the owner of Eli’s Manhattan and Eli’s Bread, food connoisseur Martha Stewart, and Anna Pump.

However, she is well recognized for designing her recipes with an emphasis on fresh ingredients and time-saving tips. Originally, she was employed as a low-level government aide and climbed the political ladder to the Office of Management and Budget.

In 1978, she left her government job after spotting an ad for a specialty food store called Barefoot Contessa in Westhampton Beach, New York. But, this store was permanently closed in 2004 when the property lease expired. Then, in 1999, she reemerged with her attention turned to publishing.

She carried on the Barefoot Contessa name in her 1999 sleeper bestseller titled The Barefoot Contessa Cookbook. This author eventually sold over 100,000 copies in the first year, immediately requiring second and third print runs after the initial pressing of 35,000 cookbooks were claimed.

Then, she capitalized on her new-found fame and released Barefoot Contessa Parties! in 2001. Fortunately, The Barefoot Contessa Cookbook and Parties! were nominated for the 2000 and 2002 James Beard Awards in the Entertaining & Special Occasion Cookbooks category. Being an actress, she is also recognized for Barefoot Contessa, 30 Rock, and Be My Guest with Ina Garten. 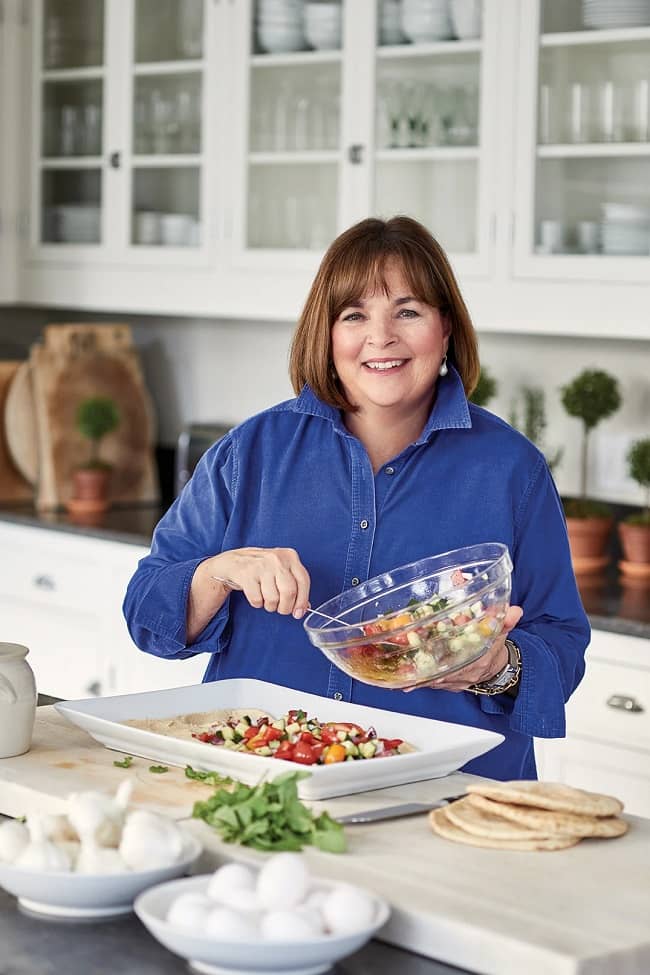 Furthermore, her cookbooks received many positive reviews and as of 2008, they have sold over six million copies combined. However, she had published eleven cookbooks as of October 2018.

In the same year, she signed a three-year contract with Food Network to continue her cooking show and will release two more cookbooks following Barefoot Contessa at Home.

Additionally, she was reportedly awarded the most lucrative contract for a culinary author to date, signing a multimillion-dollar deal for multiple books. In 2006, she launched her own line of packaged cake mixes, sauces, marinades, and preserves, branded Barefoot Contessa Pantry.

However, she launched with her business partner named Frank Newbold, and in conjunction with Stonewall Kitchen. Also, she serves as the entertainment, cooking, and party planning consultant for the magazine.

Till now, there is no information about Garten endorsing any products of various brands. Being a popular personality, she might have endorsed different products of several brands and kept the details far away from the public.

Talking about her personal life, Ina is married to her husband named Jeffrey Garten since 22 December 1968. However, he was Undersecretary of Commerce for International Trade in the Bill Clinton administration from 1993 to 1995, and Juan Trippe Professor in the Practice of International Trade, Finance, and Business at Yale.

Moreover, he was the dean of the Yale School of Management from 1995 to 2005. Frequently, he can also be seen on her cooking show, helping his wife with simple tasks or sampling the dishes she has created. However, the couple divides their time between Manhattan, East Hampton, and Paris. 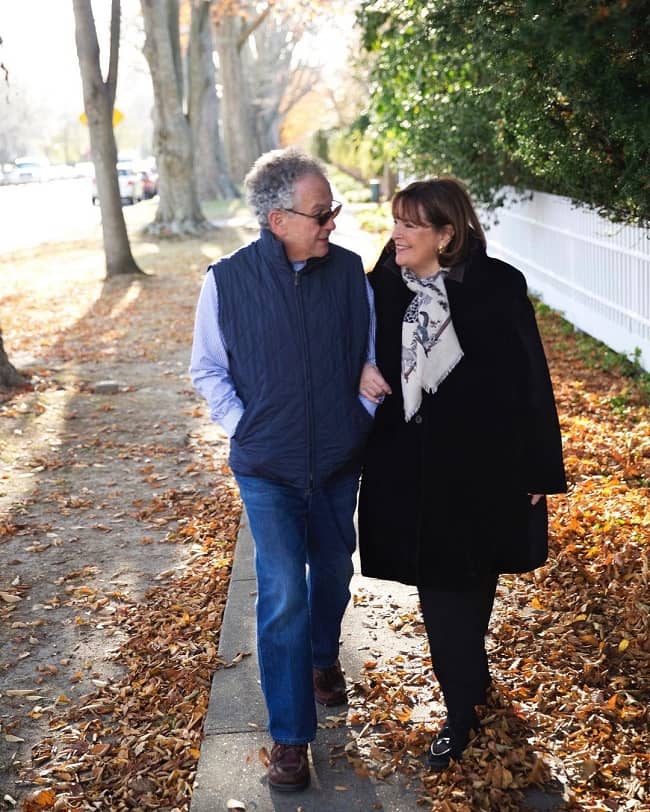 The famous author has a nice plus-size body and weighs 76 kilograms. Talking about her body size, her body measurement is 39-33-42 inches and is 5 feet 3 inches tall. Moreover, Garten has a pair of beautiful dark brown eyes with dark brown hair. 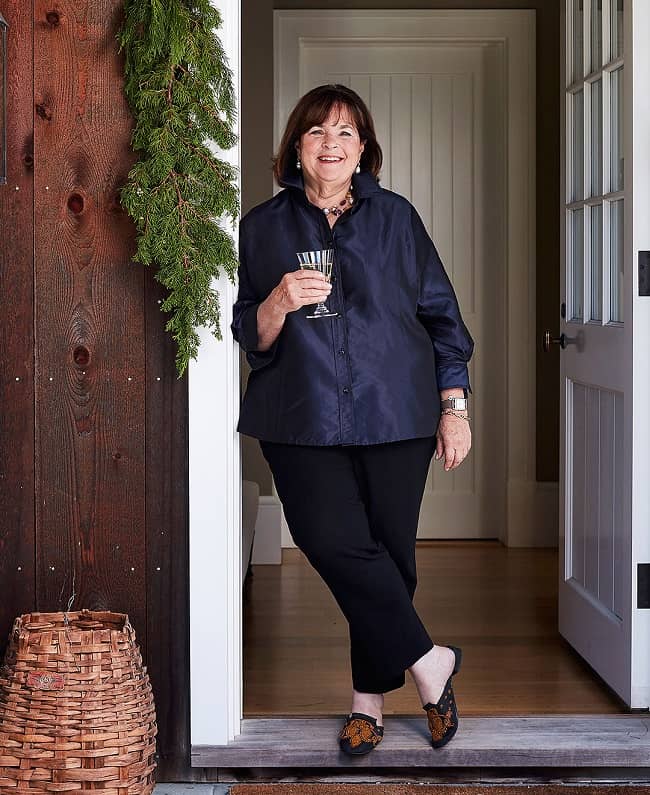 As a famous author, TV personality, and actress, Garten has a well-fortunate net worth of $60 Million approximately as per various sources. A significant amount of her income is made through her TV appearances, hosting, and her other professions.