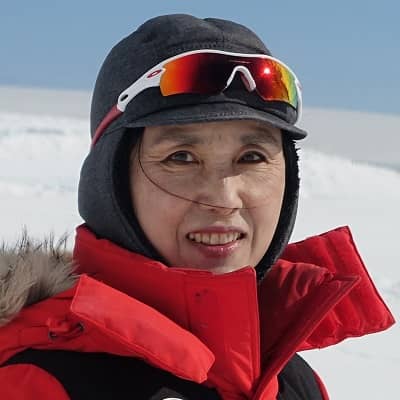 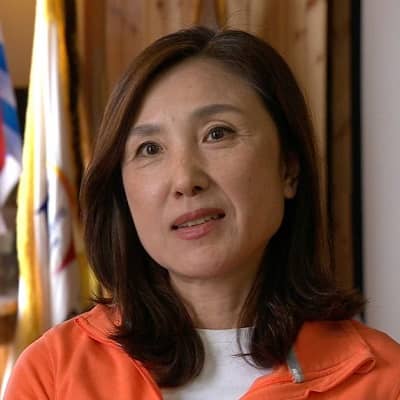 In-Young Ahn was born on 12 August 1954 and she is currently 67 years old. There is no information regarding her parents, siblings, and other family details. Likewise, her name is written in Korean as 안인영 and in Hanja as 安仁英.

Talking about her educational journey, she graduated from Seoul National University in 1982. She majored in Biological Oceanography and then received her Ph.D. in Coastal Oceanography from the State University of New York at Stony Brook in the year 1990. Dr. Ahn then started her research at the Korean Polar Research Institute (KOPRI) on 1 July 1991.

She is also a benthic ecologist. She is currently working as a principal research scientist for the Korea Polar Research Institute. Moreover, she also has 68 publications under her name. 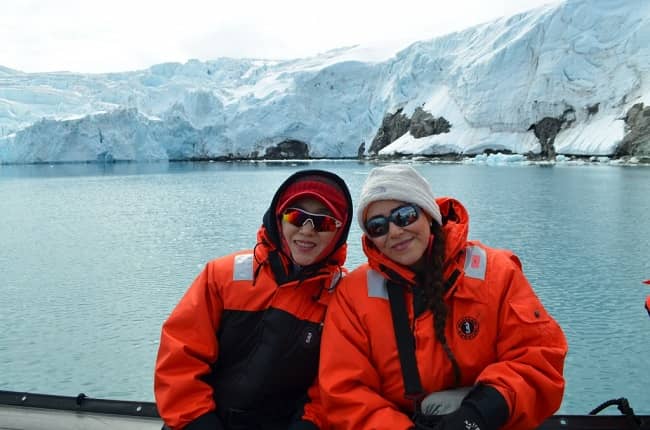 Caption: In-Young Ahn of KOPRI as a leader of the CHAMP 2050 expedition posing for a photo with Dr. Claudia Andrade of UMAG, Chile. Source: Universidad de Magallanes

Similarly, she was in charge of the environmental monitoring program at the King Sejong Station from 1996 to 2011. She also conducted field surveys to obtain scientific data necessary for the designation of the Antarctic Specially Protected Area (ASPA #171) near the Korean station.

Dr. Ahn has additionally served as a representative and a National Contact Point of the Committee for Environmental Protection (CEP) at the Antarctic Treaty Consultative Meetings. Similarly, She served this position from the year 1997 through 2014. She did so until she was designated as the overwintering officer-in-charge.

Additionally, Dr. Ahn was the expedition leader of the 28th overwintering team in the year 2015. It was for the South Korean King Sejong Antarctic station. There, Dr. Ahn served as the station chief for about a year.

Similarly, her research interests include Antarctic marine benthic ecology with a special interest in benthic invertebrates. It also includes monitoring Antarctic coastal marine ecosystems. Dr. Ahn has studied the Antarctic clam Laternula elliptical. It is a dominant marine bivalve around the Antarctic Continent.

Furthermore, her current research includes studies on the impacts of glacier retreats on nearshore marine benthic communities around the King Sejong Station. 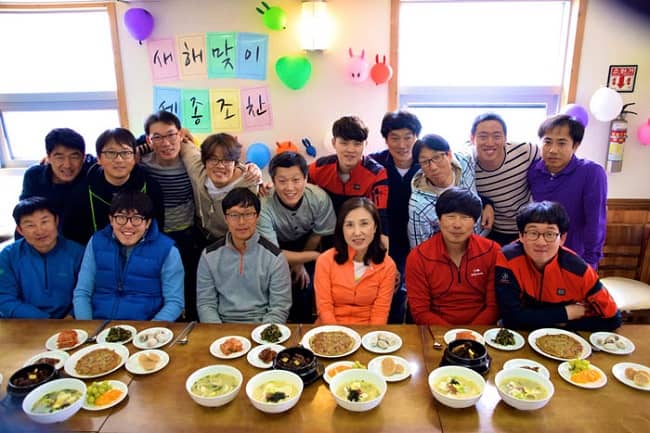 Caption: In-Young Ahn posing for a photo with the staff of King Sejong Station right before their New Year 2015’s meal. Source: korea.net

In-Young Ahn received a Medal of Science & Technology Merit from the South Korean government. It was for her outstanding accomplishment in Antarctic Research and she received the award in April 2001.

She was also awarded a Commendation from the South Korean Ministry of Environment in June 2008. This award was for her contribution to the designation of the Antarctic Specially Protected Area (ASPA #171) near the King Sejong station. Then in the year 2016, she additionally received South Korea’s Prime Minister’s award. It was in recognition of the scientist’s achievement as the station leader at King Sejong station.

There is no information regarding In-Young Ahn’s relationship status and affairs. Being a part of the traditional society of South Korea, she might have married at a young age or she might have defied the norms and focused more on her studies and career in ecology and science rather than marrying. Either way, there is no information available on her relationships and affairs.

There is no information regarding in-Young Ahn’s body measurements. Being a scientist who has reached the Antarctic and worked at a station in this location, she might have a very fit body with average height, weight, and other body measurements that are appropriate to travel in such extreme locations.