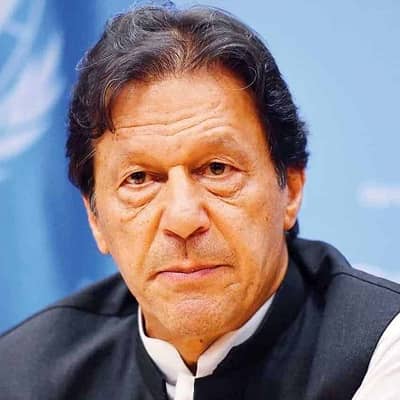 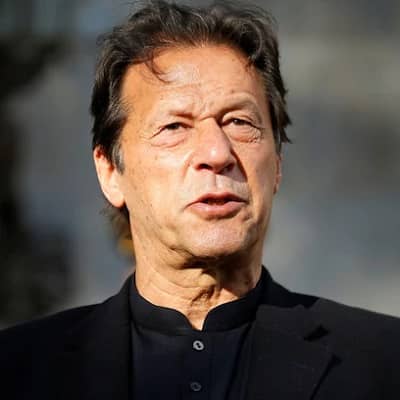 Imran Khan is a former cricketer and politician who served as Pakistan’s 22nd Prime Minister from 2018 to 2022. Moreover, Imran Khan is the founder and chairman of Pakistan Tehreek-e-Insaf (PTI), one of the country’s most powerful political parties.

Imran Ahmed Khan Niazi best known as Imran Khan was born on 5th October 1952, in Lahore, Punjab, Pakistan. As of now, he is 69 years old and is a citizen of Pakistan. Moreover, he has a zodiac sign of Libra, and his ethnicity is Pashtun. Imran is a Muslim by the religion.

He is the son of Ikramullah Khan Niazi (father) and Shaukat Khanum (mother). He has four siblings whose names are Aleema Khanum, Rani Khanum, Rubina Khanum, and Uzma Khanum. 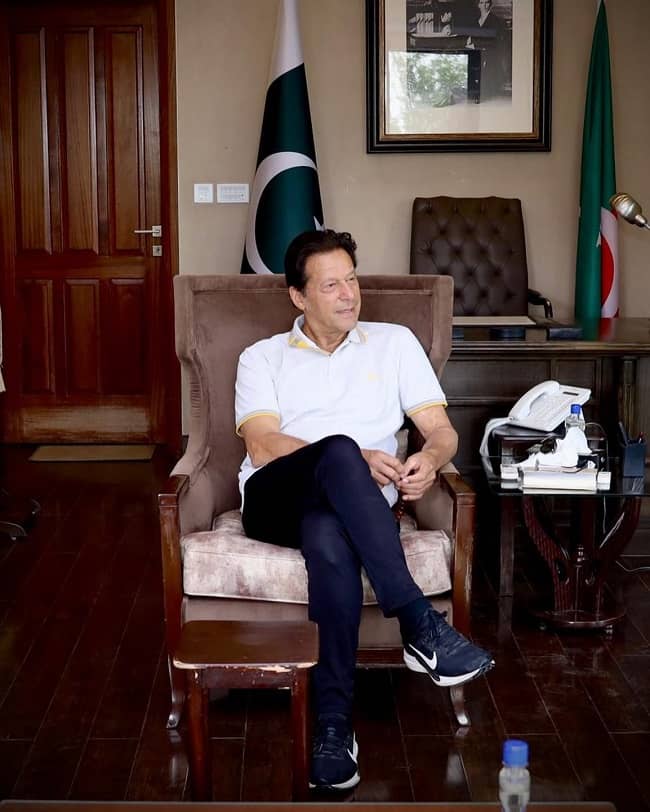 Talking about his academic qualification, he attended the English-medium Aitchison College, Lahore. Later, he went to the Royal Grammar School in Worcester, England, to pursue higher studies. In 1975, he earned a bachelor’s degree in philosophy, politics, and economics from Keble College, University of Oxford. He was born into a cricketing family. And, he began playing as a teenager in Pakistan before continuing in England.

Imran Khan made his test debut in the 1971 Pakistan-England series at Birmingham. However, due to his weak performance, he failed to make an impression. He makes his One Day International (ODI) debut in the Prudential Trophy in 1974. After returning to Pakistan, he selects for the national team. In the 1980s, he rose to fame in Pakistan as a result of his outstanding performances against New Zealand and Australia in 1976-77.

In 1982, he names captain of the Pakistan cricket team. He was a sensation as a fast bowler and all-rounder. He led his country to its first Test victory over England in 28 years at Lord’s. Pakistan won 14 out of 48 test matches under his captaincy, lost eight, and drew 26. He played 139 ODI matches, winning 77 and losing 57, with one match concluding in a tie. For two years, he was unable to play cricket due to a stress fracture in his leg. In 1987, he returned to Pakistan and led the country to its first-ever Test series victory over India, followed by a Test series victory in England.

He left cricket in 1987 but returned in 1988 at the request of Pakistan President General Zia-ul-Haq. He was named ”Man of the Series” for his 23-wicket haul in three Tests against the West Indies, which he won. Imran Khan’s great career peaked in the 1992 Cricket World Cup when he led his country to victory in the coveted tournament. In 1992, he resigned from cricket after scoring 3807 runs and taking 362 wickets in tests and 3709 runs and 182 wickets in one-day internationals. 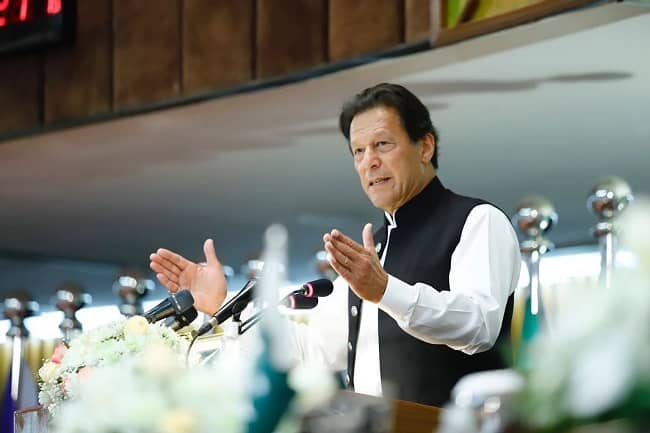 Caption: Imran Khan while serving as the Prime Minister of Pakistan (Source: Instagram)

Imran Khan entered politics in 1997, establishing his political party, Pakistan Tehreek-e-Insaf (PTI), to remove corruption and mismanagement in Pakistan. He ran for and was elected as a Member of Parliament from Mianwali in the October 2002 elections.  In 2008, he formed the ‘Imran Khan Foundation’ and founded Namal Institution, an affiliated college with the University of Bradford. He established the ‘Naya Pakistan Resolution’ during the 2013 election campaign, and his party became a challenge to the Pakistan Muslim League-Nawaz (PML-N). However, he rejected an offer to work with the Pakistan Peoples Party (PPP).

After falling from a stage during a campaign rally four days before the election, he injured his head and back and continued to campaign from the hospital, but his party lost to the PML-N. Imran’s party gained the most seats in the 2018 Pakistan general elections, defeating the government PML-N. On August 18, 2018, he was voted in as Pakistan’s 22nd Prime Minister. After being the prime minister, he faced a mounting balance-of-payments crisis, the COVID-19 pandemic, and different obstacles. He was removed as Pakistan’s Prime Minister on April 10, 2022, after losing a no-trust vote in Pakistan’s National Assembly.

As a retired cricket player, he has won much recognition in his career.  In 1976 and 1980, he got the ”Cricket Society Wetherall Award” for being the best all-rounder in English first-class cricket. In 1985, he was named the “Sussex Cricket Society Player of the Year.” The Government of Pakistan bestowed upon him the second-highest civilian honor, the Hilal-e-Imtiaz. He received the Lifetime Achievement Award at the Asian Jewels Awards in London in 2004 for his contributions to numerous charity programs. For establishing Pakistan’s first cancer hospital, he received the Humanitarian Award at the 2007 Asian Sports Awards in Kuala Lumpur.

At the inaugural Asian Cricket Council (ACC) Awards in Karachi in 2009, he won the special silver jubilee award alongside other cricket icons. As part of the International Cricket Council’s (ICC) centenary year celebrations, he was inducted into the Hall of Fame in 2009. In 2012, the Royal College of Physicians of Edinburgh granted him an honorary fellowship in recognition of his work in cancer therapy in Pakistan. Furthermore, he became the ‘Person of the Year 2012’ by Asia Society and ranked #3 in GlobalPost’s ranking of the “top nine world leaders.”

As a retired cricketer and former prime minister of Pakistan, he has collected a  huge sum of money. Talking about his net worth, his net worth estimates at around $50 million.

He has married three times in his life. In May 1995, he married English socialite Jemima Goldsmith in a traditional Islamic ceremony in Paris, who converted to Islam before marriage. Moreover, the couple has two sons whose names are Sulaiman Isa and Kasim. The pair divorce due to the citing difficulties in adapting to the Pakistani life, by Jemima, as the reason.

His choice to enter full-fledged politics disrupted his marriage, leading to allegations from his opponents that he was Zionism because Jemima’s father was Jewish.

Despite objections from his own family, he married British-Pakistani divorcee Reham Khan Reham, a former BBC weather girl, in a covert wedding at his Islamabad home in January 2015. The couple split in October 2015 after a short-lived marriage. Bushra Manika, his spiritual advisor, married him in February 2018.

This retired cricketer is 6 feet 1 inch tall and weighs around 75 kg. Moreover, he has hazel brown eyes with salt-pepper hair color and there is no other information regarding his other body measurements. 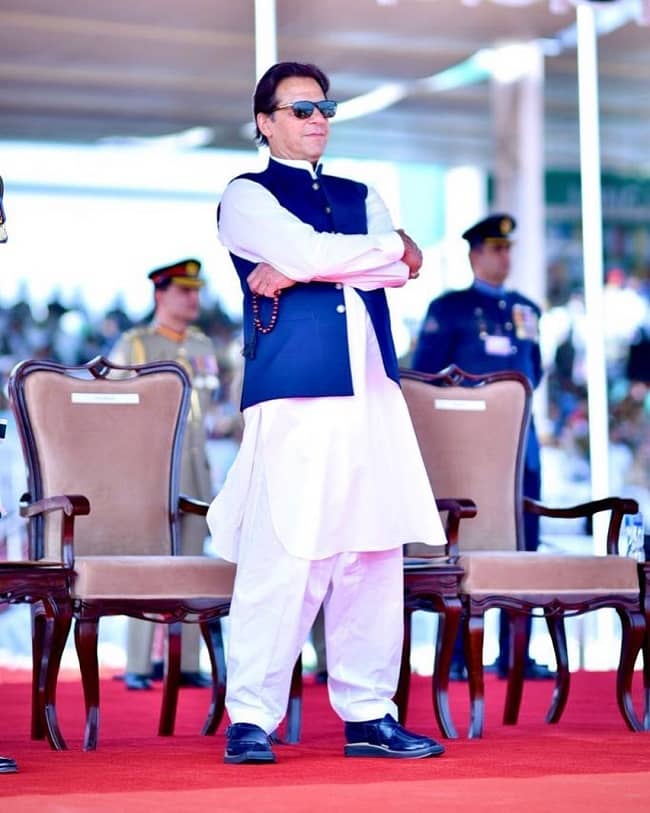