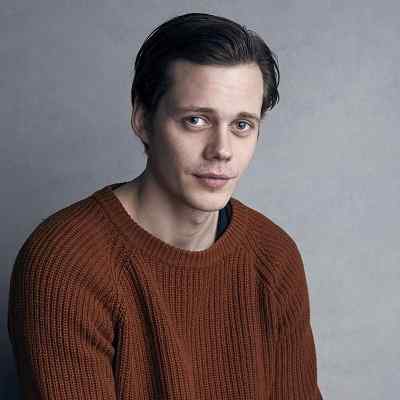 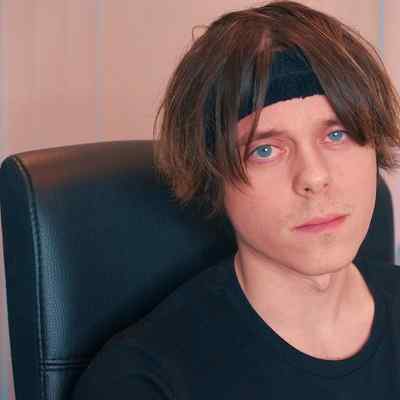 ImAllexx is a British Youtube Star. ImAllexx was originally a gamer and popularly known for his “ImAllexx” YouTube as well as Twitch channels. He shares videos pertaining to games like FIFA, Call of Duty, as well as Mario Bros.

ImAllexx was born in England, on February 1, 1999. He is 23 years old and is under the astrological sign, Aquarius. He holds British nationality. His full name is Alex Elmslie and he is also known as Lil Revenue. And, he was born and raised in the United Kingdom.

Regarding Alex’s educational background and qualifications, the name of the educational institutions he attended or is attending is unknown as of now. However, considering his age, Alex must have graduated from high school and must be attending university until and unless he is a dropout or decided to quit further studies. 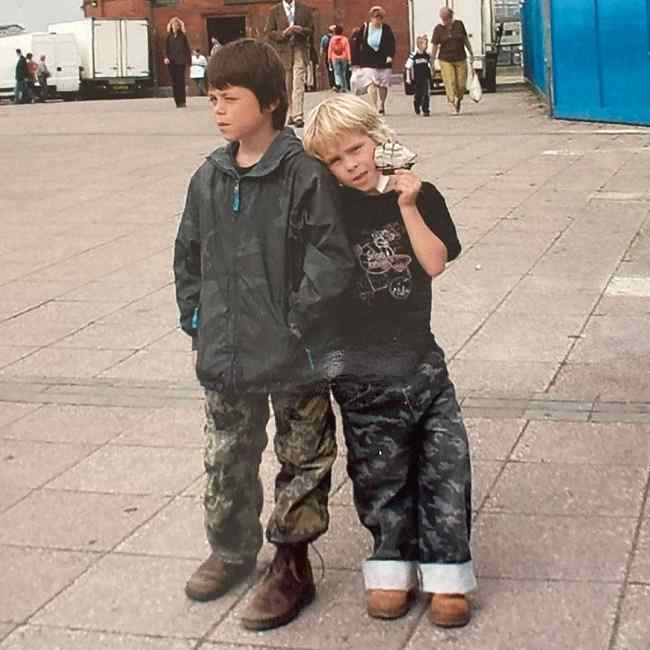 Caption: ImAllexx’s childhood picture along with his brother (Source: Instagram)

Alex Elmslie accumulated his social media journey by sharing videos related to games on social media platforms. He was able to gain popularity and fame when he commentated on Minecraft as well as other Xbox games. Likewise, he then created an account on Twitch and this gaming site even helped him reach an even more audience. Alex continued sharing commentary videos for a long time and after some time, began sharing videos on trending topics. Moreover, Alex Elmslie created a YouTube channel under the name “ImAllexx”. He created the channel on August 15, 2013, and has accumulated altogether 315,323,102 views until now.

The first video that Alex shared on his Youtube channel was a tutorial on a video game about soccer. Then he shared a video about a woman addicted to eating mattresses. Likewise, in one of his subsequent videos, Alex Elmslie criticized a famous YouTube star, Logan Paul. Logan shared a series of apologetic videos after criticizing Alex’s videos. However, Alex rejected Logan’s apology and said that the videos seemed fake to him. After some time, Alex again criticized other YouTube stars, Kavos and Keemstar. As both Kavos, as well as Keemstar, earlier shared negative reviews on Patreon which is a channel created by Philip DeFranco.

Likewise, Shane Dawson was labeled a pedophile by some of his contemporaries. So, Alex criticized those people as judgmental and also said that the people who were making such serious allegations had no proof to support their speculations. Alex then again criticized Keemstar and called him a hypocrite. Similarly, in one of his Youtube videos, Alex listed some of the YouTubers whom he accused of scamming their fans in some way or the other. He also appeared on the YouTube channels of his contemporaries and even the channel Dead on Dave interviewed him.

Alex Elmslie faced a lot of hatred along with love. As his Youtube videos often provoke all those other YouTube stars who Alex comments on. At one time, he shared a video, commenting on the channel of Christian DelGrosso. He stated that Christian’s channel’s posts, vine and comedy videos, are often loud and have no depth. Similarly, Alex even commented on a prankster, Ben Phillips, and stated his channel is the worst among all the channels that share prank videos.

Furthermore, Alex Elmslie did criticize a few YouTubers but also praised many. He commented on Lele Pon’s channel and said the videos shared on her channel are often fresh and that the YouTuber has a lot of potentials. Moreover, he criticized as well as also defended Logan Paul when his fans were posting nasty comments after Logan had voiced his opinion on a sensitive issue. Moreover, Alex e is a huge fan of the Star Wars movie series and owns a huge collection of items related to Star Wars. 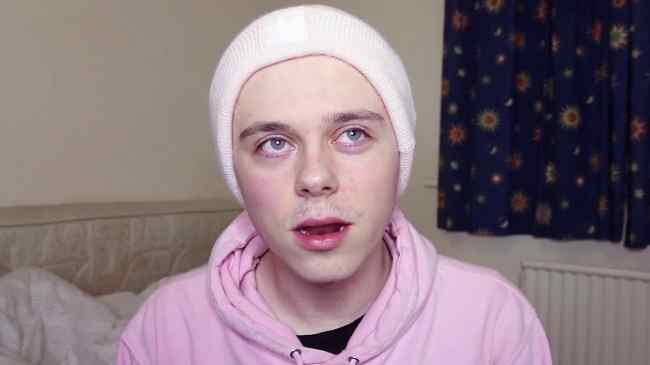 Alex Elmslie is in a relationship with George Arthur Andrew. George is also a Youtube star and he rarely shows his face on social media and on his videos. Likewise, Alex confessed that he is bisexual in the interview. Both of them have shared pictures of each other and along with each other on their respective social accounts. 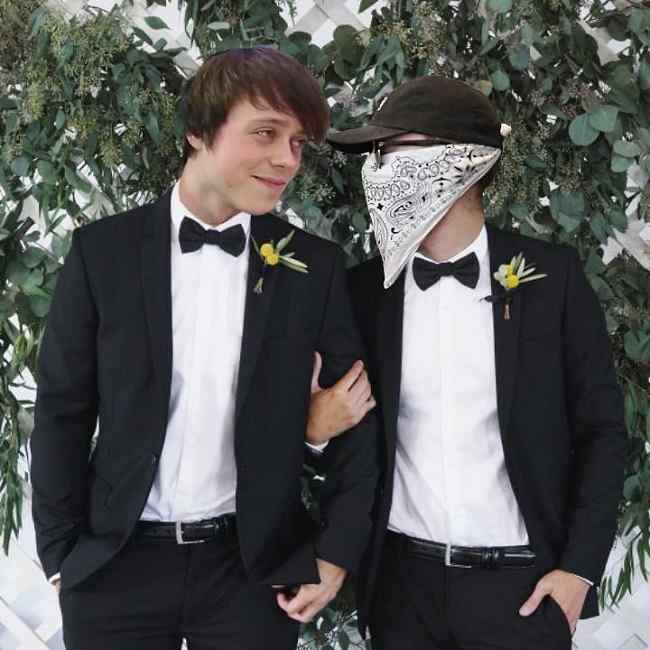 Alex Elmslie has a height of 5 feet 8 inches and his weight is 57 Kg. Elmslie’s other body measurements such as his chest size, waist size, and hip size, their sizes are 39-29-38 inches respectively. Moreover, ImAllexx has brown hair and green eyes.

According to famousbirthdeaths, Alex has a net worth of $500K and his main income source is his Youtube channel. However, he does have other income sources as well.