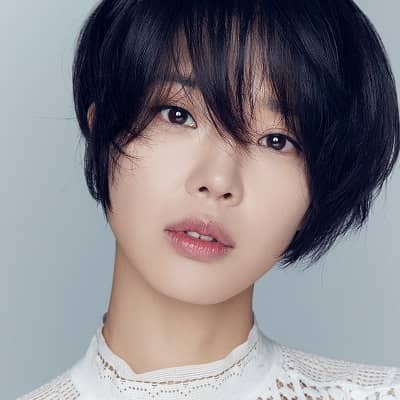 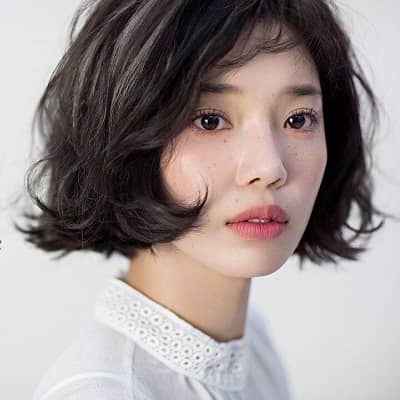 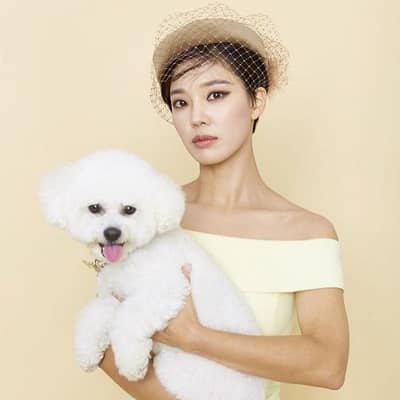 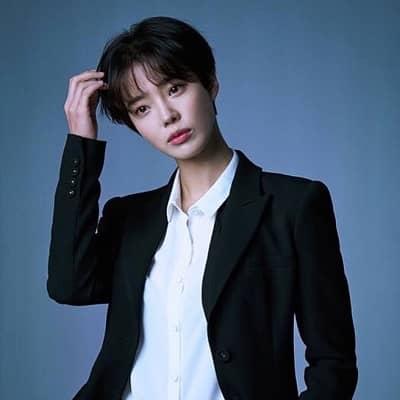 Im Se-mi is a prominent South Korean actress. Im Se-mi is popular for her striking roles in various films and TV movies. Some of such famous films and drama shows are “My Secret Terrius”, “True Beauty”, “About Time”, “Two Cops”, and “When the Weather Is Fine” among numerous others.

Im Se-mi was born on May 29, 1987, and she is currently 33 years old. She Se-mi hails from Seoul, South Korea, and her zodiac sign is Gemini. Her name is written in Korean as 임세미 and in Hanja as 林世美. Talking about her educational journey, she graduated from Jinseon Girls’ High School. Later on, Se-mi attended Dongduk Women’s University. Moreover, there is no insightful information regarding her parents, siblings, and other family details. 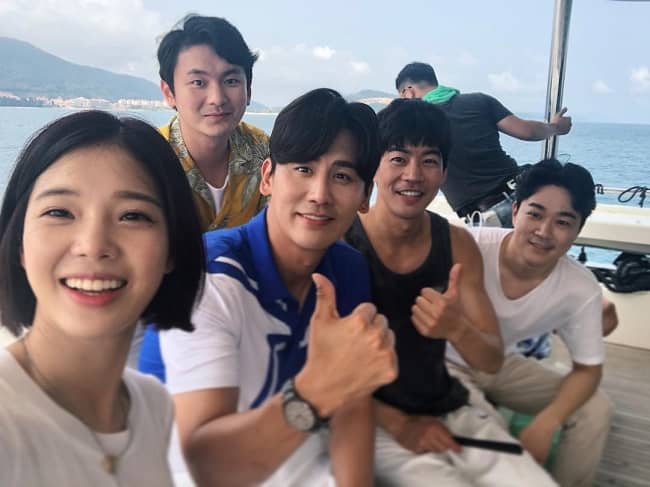 Caption: Im Se-mi posing for a photo with her co-stars of the drama ‘About Time’. Source: Instagram

Professionally, Im Se-mi is a prominent South Korean actress. The actress is currently signed to YNK Entertainment since January 2019. As an actress, she is popular for her roles in numerous films and TV dramas. Some of them are When the Weather Is Fine, True Beauty, Two Cops, Shopping King Louis, Bravo, My Love!, and Heartstrings among others.

Moreover, he has also worked on theatrical shows. Two of the theatrical plays are 2012’s Thief’s Diary in which Se-mi played the role of character Ma Hee-jin, and Thursday Romance in the year 2013-2014. In the latter, Se-mi portrayed the character young Jung Yeon-ok. 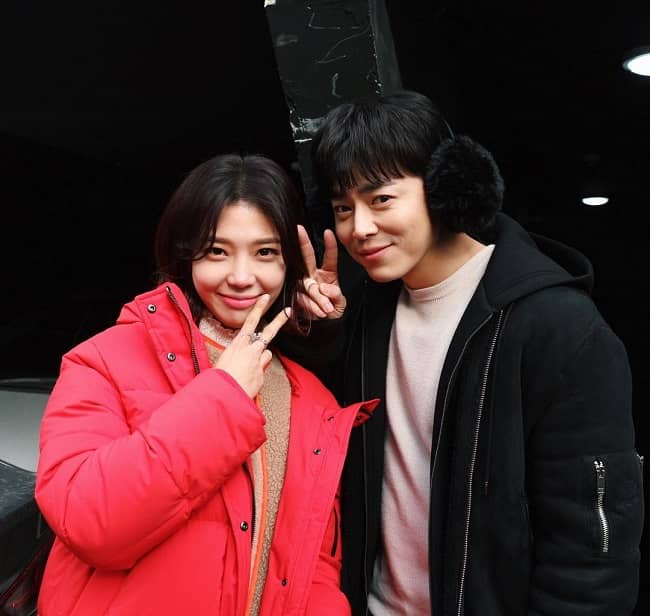 In the year 2013 alone, he worked on 4 TV dramas. They are namely That Winter, the Wind Blows, Two Weeks, Drama Special – Yeon-Woo’s Summer, and The King’s Daughter. Then in the year 2014, Se-mi appeared in Only Love and Drama Festival – Lump in My Life.

Similarly, in 2015, Se-mi starred in the tvN drama Great Stories: Young-ja’s Best Days and  KBS2’s Love on a Rooftop. Then in 2016, the actress played the role of Cha Ji-soo in Goodbye Mr. Black and as Baek Ma-ri in Shopping King Louis.

Additionally, he appeared as Jung Na-mi in the KBS2’s Ms. Perfect and as Ko Bong-sook in Two Cops in the year 2017. The same year, Se-mi also appeared in episode 119 of King of Mask Singer. She starred as a contestant “Hula Girl” in this reality/variety show on MBC. 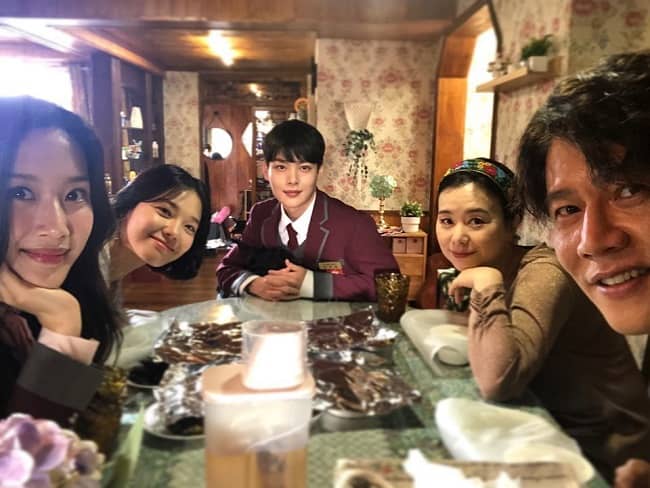 Caption: Im Se-mi posing for a photo with her on-screen family in ‘True Beauty’. Source: Instagram

Furthermore, actress she played the role of Bae Soo-bong in About Time. She also had a cameo appearance in Mr. Sunshine as Dong mae’s mother. Then, she appeared as Yoo Ji-yeon in My Secret Terrius. She worked on these three projects in the year 2018.

Then in 2020, she portrayed the character Kim Bo-young in the JTBC drama When the Weather Is Fine. While writing this biography, she is still starring in the tvN drama True Beauty.

Her role in this drama is the character Im Hee-kyeong. Im Hee-kyeong is the elder sister of the lead female character Im Ju-kyung portrayed by actress Moon Ga-young. Cha Eun-woo, Hwang In-yeop, Park Yoo-na, and Oh Eui-shik are among other lead actors in True Beauty.

There is no verified information regarding Im Se-mi’s relationship status and love affairs. The True Beauty actress might be single and more focused on her acting career. Or she might be in a relationship but likes to keep her personal life away from the public.

She stands tall at a height of approximately 1.67 meters or 5 feet 5 inches. Likewise, Se-mi’s body weight is around 48 kgs. Other than this, there is no further information regarding the actress’s other body measurement details like her chest-waist-hip measures, dress size, shoe size, etc. Moreover, actress Se-mi has dark brown hair and silky hair of the same color. 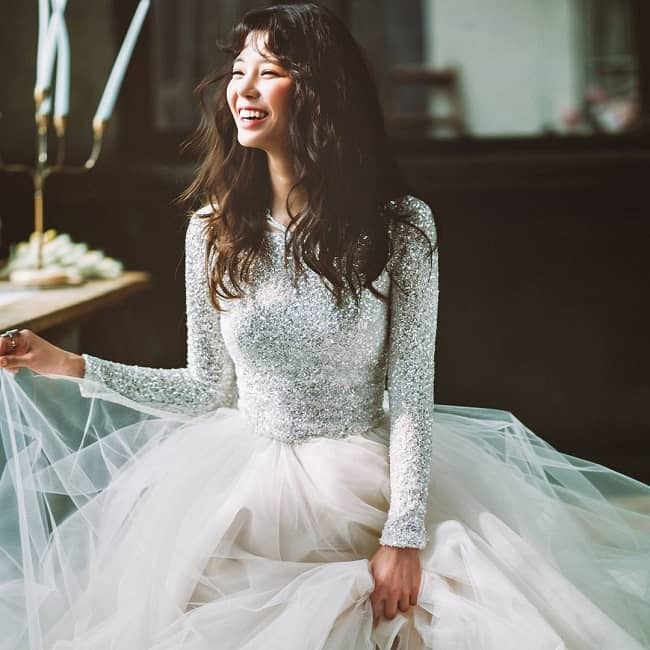 Talking about her social media presence, Im Se-mi is available on Instagram under the username @susemee. While writing this biography in early 2021, actress Se-mi has shared exactly 743 posts and earned more than 919k followers on her Instagram profile.

Other than this, actress she doesn’t seem to have personal accounts on other platforms like Twitter, Facebook, Youtube, Tiktok, etc. Moving on, actress Se-mi has a net worth estimation of around $1 million to $5 million dollars. She earns mainly through her acting and modeling projects.