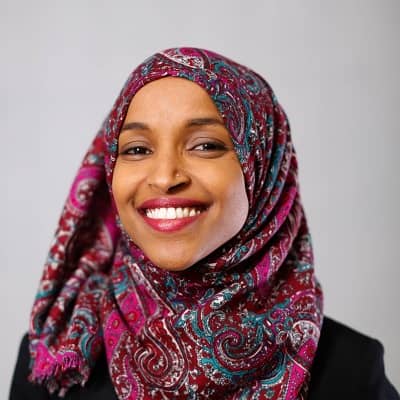 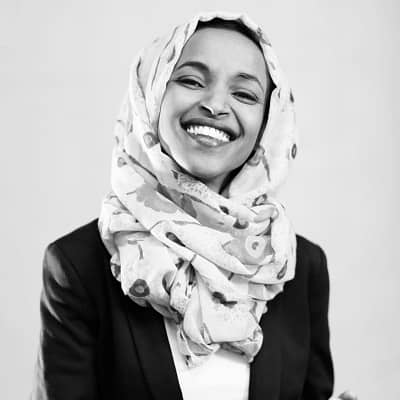 Ilhan Omar is an American Democratic politician from Minnesota who is a member of the Democratic-Farmer-Labor-Party. Ilhan Omar even became one of the first two Muslim women elected to Congress.

Omar was born on 4th October 1982 in Mogadishu, Somalia. As of the year 2021, she will be 39 years old. Her mother died when Omar, the youngest of seven daughters, was two years old. Her father, sisters, and aunts took care of her after her mother died. Omar grew up on the compound of her middle-class family in Mogadishu, where her grandfather did not impose stereotypical gender norms. 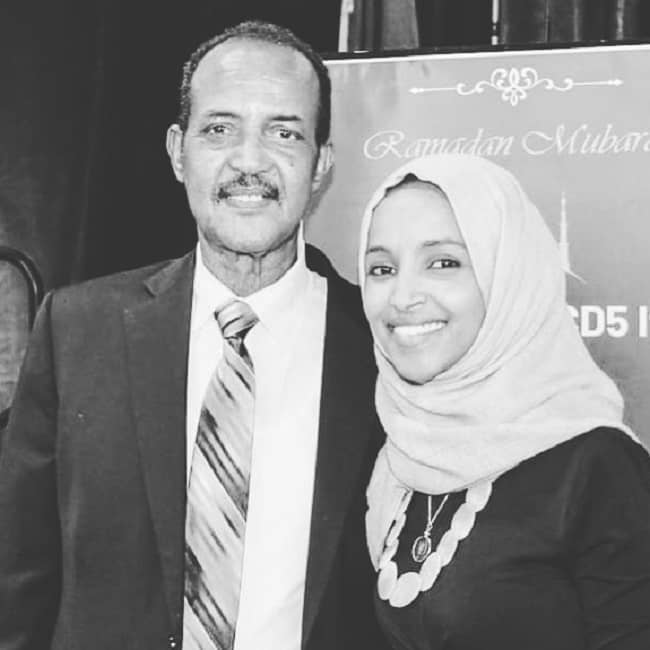 Somalia’s civil war upended Omar’s childhood. Her family left the country when she was just eight years old. They ended up spending four years in a Kenyan refugee camp. Likewise, in 1995, she and her family were offered asylum in the United States. The family first settled in Virginia, where Omar faced bullies in middle school. Similarly, when she came, Omar could read but not understand English. Catching reruns of Baywatch was one method her family used to catch up with the conversation.

Similarly in the year 1997, she moved to Minnesota. Her family lived in Minneapolis’ Cedar-Riverside neighborhood, which is home to many Somali immigrants. Her father worked as a cab driver before going to work for the post office. She became a resident of the United States in 2000 when she was 17 years old. Additionally, she had attended Edison High School in Minneapolis and graduated from North Dakota State University in 2011.

She started gaining interest in politics after following her grandfather to Democratic caucuses to double as his translator. She then served as a neighborhood activist and political volunteer. In a Democratic primary in 2016, Omar defeated a 44-year incumbent and was elected to Minnesota’s House of Representatives. Similarly, the documentary Time for Ilhan followed her candidacy for this seat. With her victory, Omar became the first Somali-American woman elected to the Minnesota House. 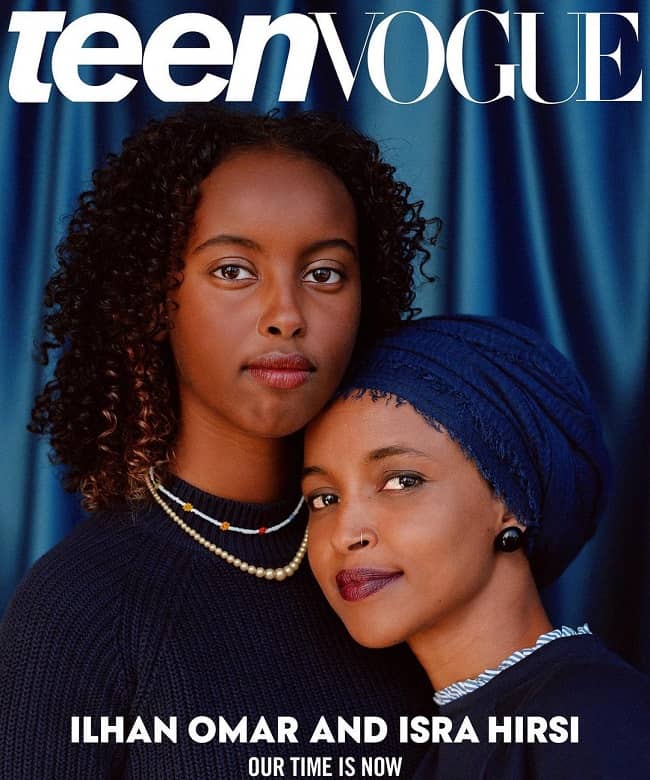 Likewise, she was elected to the United States House of Representatives in 2018 to represent Minnesota’s 5th congressional district, which includes the majority of Minneapolis. She supports a $15 minimum wage, Medicare for All, and the Green New Deal. She is the democratic caucus whip. Omar is a member of “The Squad,” which includes three other progressive congresswomen: Rashida Tlaib, Alexandria Ocasio-Cortez, and Ayanna Pressley.

With her arrival in Congress, a 181-year-old ban on head coverings on the House floor was lifted. It allowed her to wear her hijab while performing her duties. The 9/11 terrorist attacks inspired her decision to wear the hijab, as she chose to express her cultural identity. She has stated,

“I knew we had a responsibility to help shape a narrative about our faith that is positive.”

Ilhan Omar, 39 years old believed to have a net worth of $3 million. Besides this, there is no other regarding her salary and other assets.

At a religious wedding in 2002, she had married her first husband, Ahmed Abdisalan Hirsi. The couple’s relationship changed after they had two children together, daughter Isra and son Adnan. In 2008, they followed Islamic protocol to dissolve the party (they had not been legally married).

Similarly, she had struggled to cope after her marriage ended in 2008, and she went so far as to shave her head. In 2009, Omar married British citizen Ahmed Nur Said Elmi. Elmi is the guy who has been accused of being her brother without any proof.

Omar and Elmi’s marriage ended in a religious divorce in 2011. In 2012, she settled with Hirsi, with whom she had a third child, daughter Ilwad. About the fact that she was already technically married to Elmi. She filed joint tax returns with Hirsi in 2014 and 2015. She later paid a fine and back taxes to make it right. 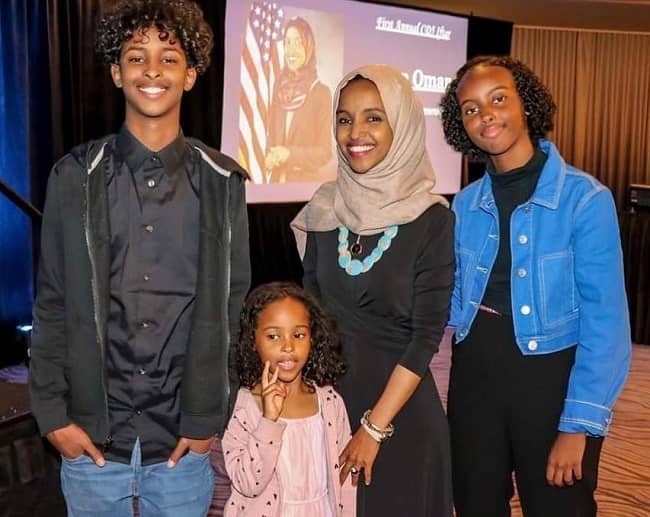 Moreover, she legally married Hirsi in January 2018 after legally divorcing Elmi. The next year, she filed for divorce, and their marriage formally dissolved in November 2019. In March 2020, Omar married Tim Mynett, a political consultant who had previously worked for her. In her divorce petition, his ex-wife accused Omar of having an affair with her husband.

The 39 years old politician stands a height of 5 feet 6 inches and weighs around 52kgs. Reflecting her body structure, her eye color is dark brown and her hair is black. Moreover, she often wears a traditional Somalian turban.