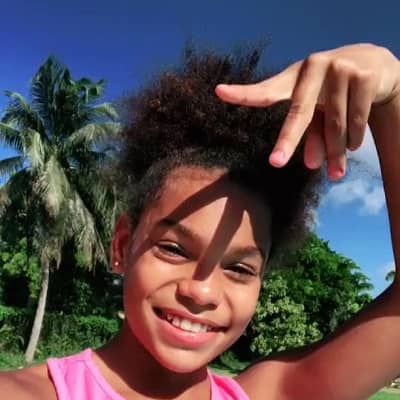 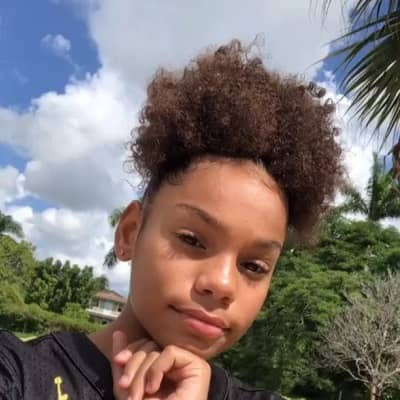 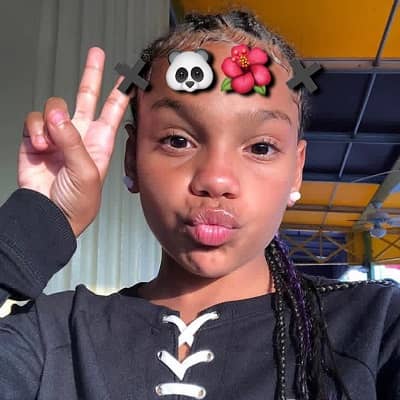 Ilani Pierre is a young American social media personality. Ilani Pierre is primarily a Youtube content creator active on the “Pierre Sisters” Youtube channel. She is also available on other platforms including Tiktok and Instagram among others.

Ilani Pierre was born on July 30, 2007, and she is currently 13 years old. Her exact birthplace is not available but she is a citizen of the United States. Likewise, her zodiac sign is Leo. Talking about her family, she has a total of eight siblings, including Amanda and Olivia. Her two sisters help run the “Pierre Sisters” Youtube channel. Other Pierre siblings are Sonny, Jolie, Zoey, Samie, and an unnamed sister.

There isn’t much information available regarding her parents. In one of the videos titled LETTER TO MY KIDS (Pierre Sisters) Amanda & Jimmy’s World, Amanda cleared the air and mentioned that the Pierre sisters were her half-sisters from her father’s side and not her kids. People actually often questioned Amanda about her relationship with the Pierre sisters and so she cleared the air in this video. She also clarified that her biological mother’s name is Sherry and that she was white.

Moreover, she started her gymnastics training at the age of 3 years but quit it at age 9. All the Pierre sisters were trained in gymnastics under coaches Alexander and Dominique. Likewise, she loves cats and dislikes Florida as it is too hot there. 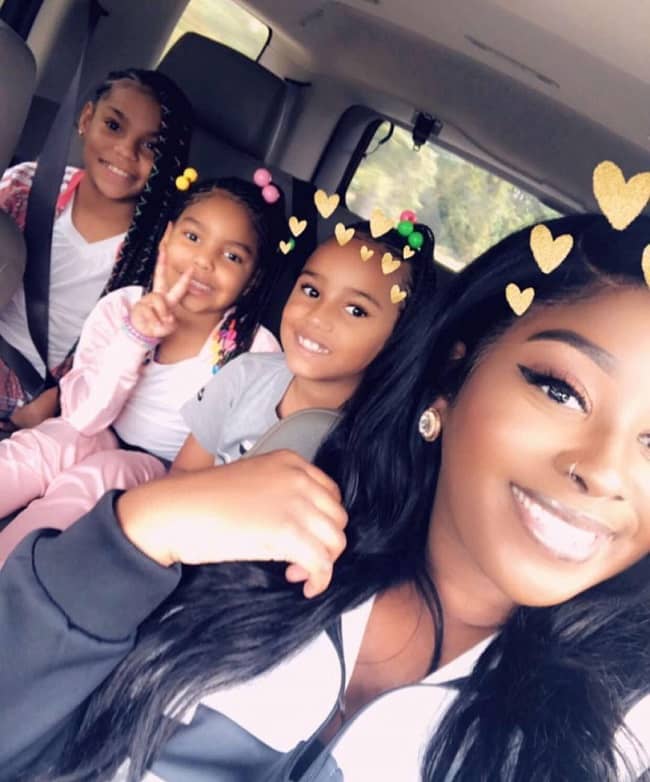 Caption: Ilani Pierre posing for a photo with her sisters during a car ride. Source: Instagram

Professionally, Ilani Pierre is a social media star mostly popular/active on Youtube. She stars on the comedy, challenge, and DIY channel “Pierre Sisters” alongside her two sisters, Amanda and Olivia. The trio’s antics have won them more than 675,000 subscribers so far.

Likewise, she was also featured on the YouTube channel “Amanda & Jimmy’s World” before appearing on “Pierre Sisters” for the first time in June 2017. “Amanda & Jimmy’s World” is actually run by her sister Amanda and Jimbo-lee. The sisters even have a combined Instagram account where they share a variety of pictures from their day-to-day life, vacations, and daily routine.

Additionally, the channel features vlogs and other fun videos that mostly showcase snippets from the lives of herself and two of her eight siblings. Her other sisters also sometimes feature on the channel.

Pierre began her social-media career quite young, with the YouTube channel ‘Pierre Sisters’ created on November 30, 2011. They posted their first video in February 2013 and its title is *BLAST FROM THE PAST* – Miami Gymnastics Level 3 at Cruise Classic – PIERRE SISTERS OFFICIAL CHANNEL. The video featured the Pierre sisters Ilani, Sonny, Jolie, and Zoey, performing their first Level 3 Competition at the Park Avenue Cooper City for Miami Gymnastics and Dance. The sisters performed well and won medals.

However, they didn’t post any videos on the channel for the next few years. Then in June 2017, Pierre made an appearance on her older sister’s channel “Amanda & Jimmy’s World”, which Amanda runs along with her boyfriend. She has made a few more appearances on the channel later.

Her first vlog for her channel was published in February 2019 and its title is ILANI CAN SING* Ilani and Samie’s Cake Challenge – PIERRE SISTERS OFFICIAL CHANNEL. Since then, Pierre along with her sisters has been publishing daily routines, fun internet challenges, comedy skits, DIY projects, and Q & A videos on the channel. 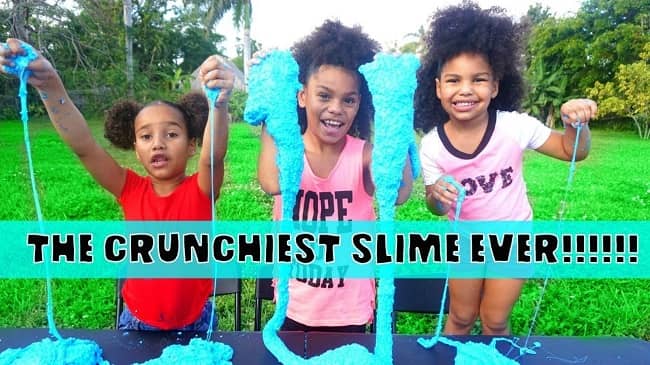 Likewise, she also featured Janelle in the video titled WHAT!?? – Who’s Most Likely To Challenge – Ilani and Janelle – PIERRE SISTERS OFFICIAL CHANNEL, published in March 2019. In another Q & A video, posted in February 2019, she featured her sister Samie. She mentioned that she was looking forward to organizing a “Meet & Greet” event somewhere in Miami every year. She also stated in the video that TikTok had suspended her account.

Pierre and her biological mother came together on the vlog titled Ilani and her Mom’s side of the story! watch full vid! published on July 2, 2019. This video featured the mother-daughter duo as they related their take on the argument that had taken place between YouTube duos Panton Squad and AJ Mobb. Further, she has also showcased her lip-sync and dance skills on the video-sharing platform TikTok.

Moving on, Pierre has a net worth estimation of approximately $500,000 dollars. She probably earns through Youtube videos, collaborations, partnerships, etc.

At such a young age, Ilani Pierre is obviously single. She is too young to be in any kind of romantic relationship. However, she is sure to attract many lovers in her future with her beauty, talent, and humor. Similarly, looking at her charming personality and unique sense of carrying herself around, she is sure to attract many lovers after growing up. Likewise, she has not been involved in any drastic rumors or controversies personally that might hamper her personal life and professional career.

Nevertheless, as Pierre is just a very young kid, her body measurement stats shall keep changing for several more years to come. She is still in the phase of development and growth and hence her data will keep changing for a long time to come. Likewise, Pierre has beautiful dark brown eyes and curly hair of the same color. 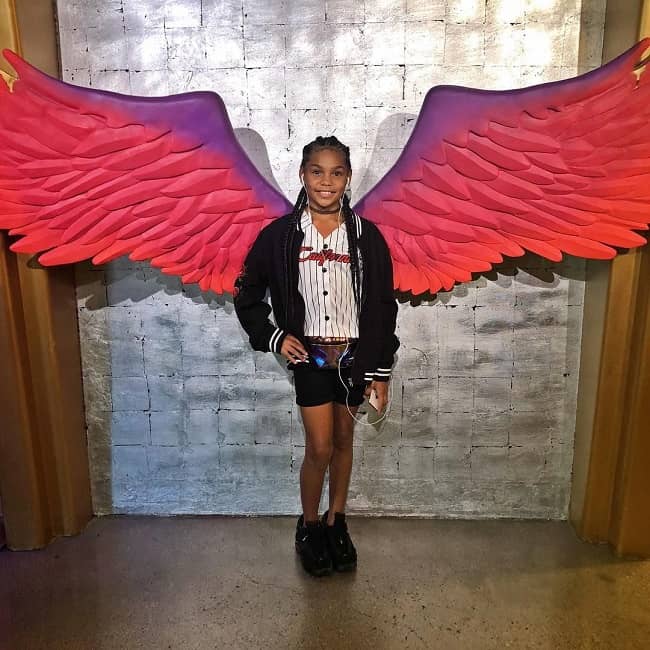 Talking about her social media presence, Pierre is available on Instagram as @theyyy.luv.ilani and her account boasts 255 posts shares and 28.5k followers. She is also a part of the Youtube channel “Pierre Sisters” and they created it on June 21, 2017.