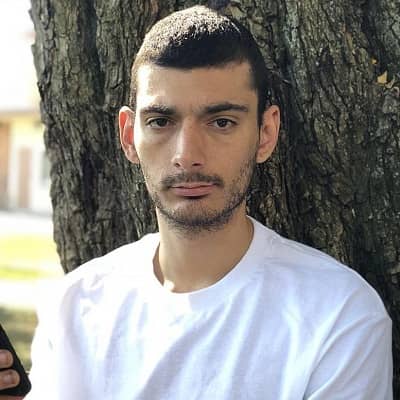 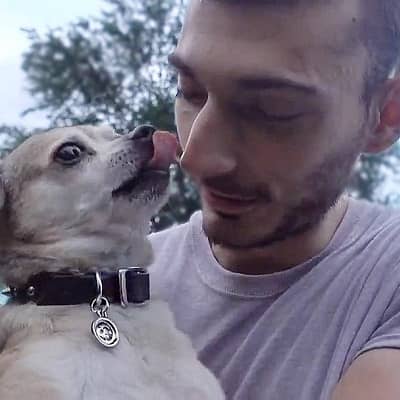 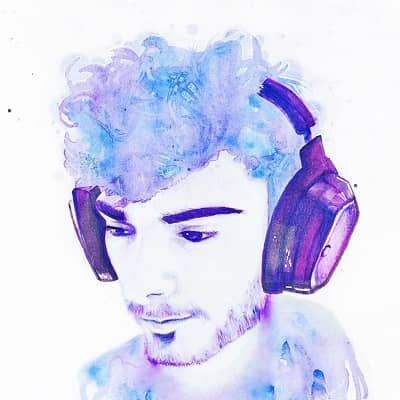 Ice Poseidon is an American social media personality. Ice Poseidon is primarily an online gamer who has tried playing and streaming on several sites like Twitch, Youtube, Mixer, etc.

Ice Poseidon was born on September 29, 1994, and he is currently 27 years old. He hails from Palm Beach, Florida, U.S. Likewise, his real name is Paul Denino and his zodiac sign is Libra. Talking about his family, Ice Poseidon’s parents are his father Michael Denino, and his mother Enza Denino. Likewise, he initially planned to major in finance but later changed his mind. He then decided to focus on his career as a social media influencer.

Moving on, he has a net worth estimation of approximately $150,000.

Professionally, Ice Poseidon is an internet personality and live streamer. He is primarily a Twitch streaming sensation and is popular for streaming the game RuneScape and the IRL genre. He has streamed other games including Outlast, Quiplash, and Stanley Parable.

Likewise, Ice Poseidon has been banned by Twitch more than once, which has made him question returning. When not streaming, he enjoys weightlifting. Further, he tweeted a photo of himself with fellow Twitch star Celeste Holterman.

Ice Poseidon was publicly banned from Twitch for being swatted off an airplane at Phoenix airport. It was after a viewer called in a bomb threat under Ice Poseidon’s name. Following several years of streaming on YouTube, he went to Mixer, only for the streaming platform to shut down the following June.

Ice Poseidon had its peak prominence in the year 2017 when his IRL streams became popular. He is also popular for his IRL streams, which he describes as “lifestreaming”. Moreover, Rolling Stone named him a “pioneer life streamer”. 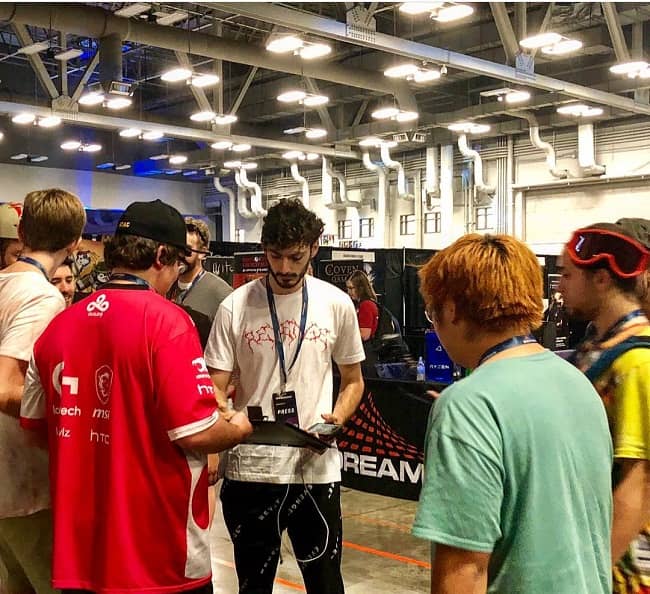 Ice Poseidon partnered with Twitch as its streamer. He rose to prominence for his RuneScape streams in 2015 playing under the pseudonym “Ice Poseidon”. He created his pseudonym using a random-name generator when he was twelve years old. Then he moved into streaming IRL, beginning by streaming himself playing Pokémon Go.

Twitch banned him multiple times and in late December 2016, Twitch announced the launch of the IRL section. This allowed Ice Poseidon to stream without the involvement of gaming for the first time. They banned him during the section’s launch day because he revealed a phone number on stream. This was his third ban on the platform, this time resulting in a 45-day ban.

During the ban, Poseidon decided to move to California to pursue his Twitch career full-time. Then on April 28, 2017, Twitch banned Poseidon from being swatted on American Airlines Flight 458 in Phoenix.

Following his ban from Twitch in the spring of 2017, Ice Poseidon went to YouTube. He also took most of his fans (the “Purple Army”) with him.  His fan base is controversial with some describing the community as ‘toxic’ due to their frequent use of racial and sexual slurs, and harassment.

Ice Poseidon’s community is largely based around his large Discord community and his Reddit subreddit which they initially placed under “quarantine” and subsequently banned in October 2019 along with its community-run sister Subreddit. He admits that it is nearly impossible to hide anything from the “Purple Army”.

Poseidon quickly became one of the most popular live streamers in the world. He focused primarily on the IRL genre using a mobile broadcasting rig of his design. 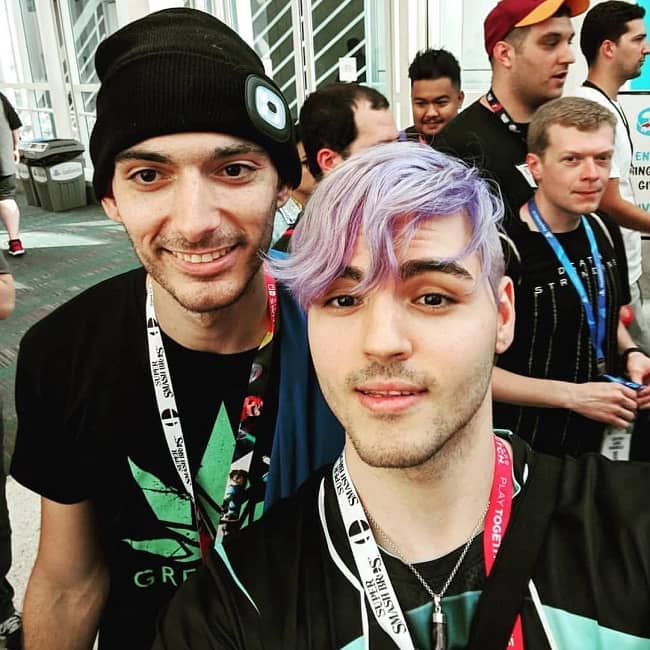 Caption: Ice Poseidon posing for a photo with a fellow Youtuber. Source: Instagram

Moreover, Ice Poseidon’s openness about his life has led to multiple incidents in public due to viewers calling and harassing nearby store owners. They did so by making baseless threats and warning that Ice Poseidon is a risk in order to provoke violence or have the police call on him.

During his trip to Europe, Poseidon visited Zurich, Switzerland. There, a tabloid magazine featured him in which they discussed his being evicted from multiple hotels for harassment and disobeying filming laws of the country. On the morning of 21 March 2019, the FBI raided his residence in Los Angeles. They seized all electronics in the house belonging to Poseidon and the people living with him.

On 1 August 2019, Ice Poseidon started streaming on Microsoft’s streaming platform, Mixer. Poseidon stated that he was trying out Mixer in comparison to YouTube and that Mixer’s community and active staff support made the community much more welcoming than YouTube.

From September 2016 Ice Poseidon was affiliated with the eSports organization NRG Esports as part of their “RuneScape” roster and as a content creator. The sponsorship provided management services through team NRG’s Brent Kaskel. Then in June 2019, he announced he was no longer working with Kaskel after allegations of sexual abuse was made against Kaskel. He earned about 60,000 dollars per month through various sponsorships. 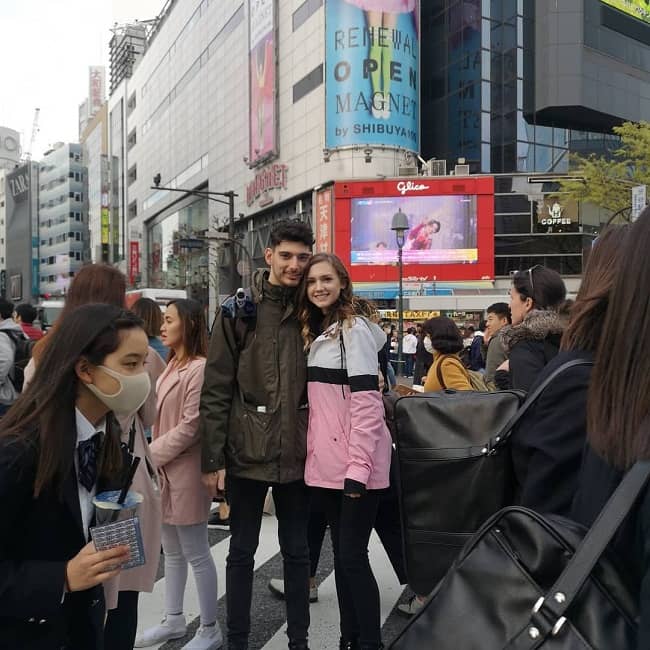 Caption: Ice Poseidon posing for a photo with his girlfriend or (ex-GF) in Japan. Source: Instagram

Ice Poseidon stands tall at a height of approximately 6 feet 1 inch. Other than this, there is no information regarding his other body measurement details like his weight, chest-waist-hip measures, biceps, dress size, etc. Likewise, Ice has dark brown eyes and hair of the same color.

Talking about his social media presence, Ice joined Twitter in May 2016 and has over 189.9K followers on his @REALIcePoseidon account. He goes by @ice_poseidon on Instagram. This account boasts 96 post shares and over 53.5k followers at the time of writing this biography (September 2020).

Moreover, he created his “Ice Poseidon” Youtube channel on November 21, 2013. This channel has over 78.8 million views and 747K subscribers at present. We can also contact him at [email protected] for business inquiries.