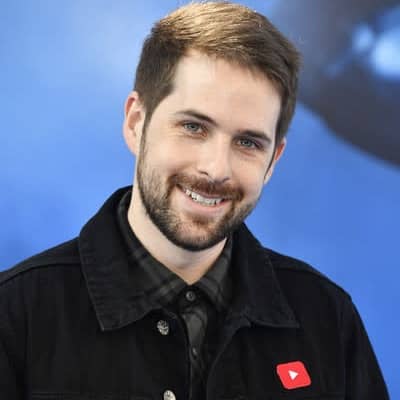 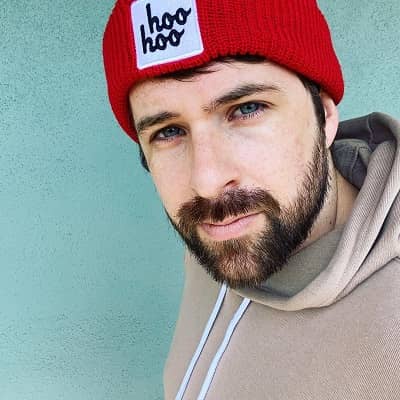 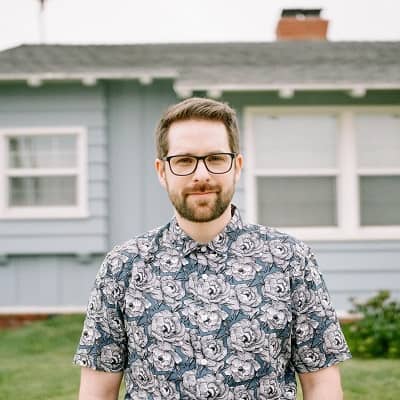 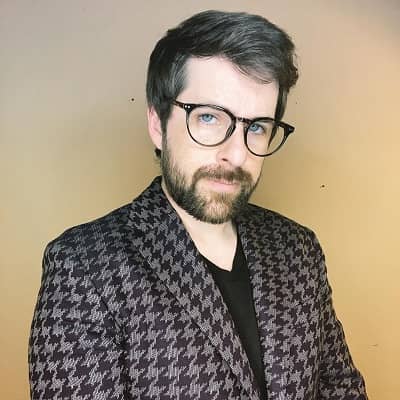 Ian Hecox is an American YouTuber, comedian, and actor. Ian Hecox is the Co-founder of the online comedy enterprise Smosh.

Ian Andrew Hecox was born on November 30, 1987. He was born and raised in Sacramento, California, USA. As of 2022, he is 34 years old and his birth sign is Sagittarius. He has a sister named Melissa Hecox. Moreover, his father’s name is Stephan Andrew Hecox and his mother’s name is Sharon Hecox. He has also featured his mother Sharon in multiple Smosh videos but his father appeared only twice.

Moreover, he has a dog named Daisy. In an episode of he is Bored and Smosh, he claims he had a long-lost brother named Adrian Hendrix, who died in a motorcycle accident, but this has yet to be proven real. His favorite food is pink-frosted sprinkled donuts.

He and Anthony both attended Del Campo High School and after finishing school, went on to study at American River College. Around one year into college, he and Anthony were offered the chance to work with YouTube, causing them to leave their education and pursue their YouTube career. 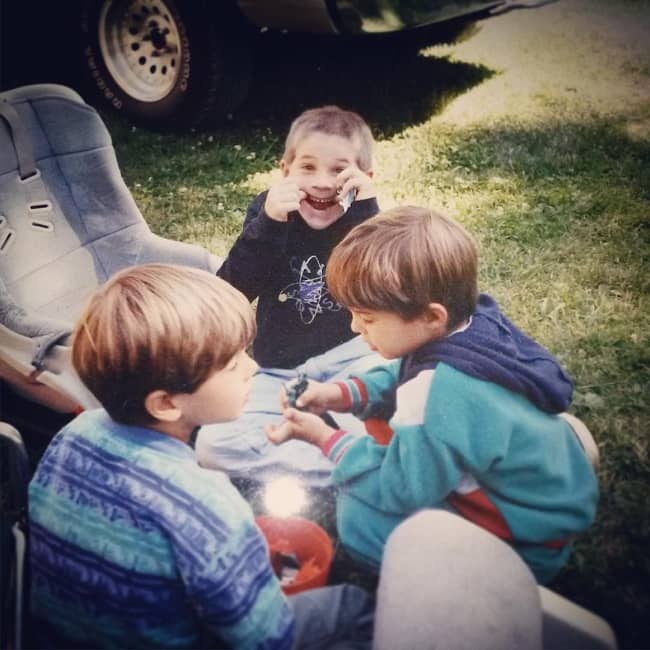 This popular personality surely earns a good amount of fortune. He has a net worth of around $3 million as of November 2020.

Ian, along with Anthony, can be considered one of the most widely known YouTubers due to Smosh being one of the oldest channels on YouTube. Therefore, they write, direct, and star in the comedy sketches they have been creating since 2005. They have amassed over 6 Billion views and over 22 million subscribers on their Smosh YouTube channel.

The duo has also starred in Smosh: The Movie (2015), Angry Birds The Movie (2016), and Ghostmates (2016) among other things. Hecox made his television show debut as himself on the daytime talk show Today in 2015.

During Anthony’s time on the channel, he often appeared as dim-witted, ignorant, lazy, irritable, gullible, conceited, happy-go-lucky, and/or childish. He constantly demonstrated a lack of knowledge of the world. He was usually seen as less mature than Anthony, often going into temper tantrums or crying fits.

Even though he was usually shown as intellectually inferior to Anthony, there have been instances where he had been expressed as smarter than Anthony. He and Anthony guest-starred in Rooster Teeth Production’s Red vs. Blue: Season 9 as Insurrection soldiers in Episodes 3 and 15. They again star in Season 10 as Insurrection soldiers in Episode 2. With Smosh, he released Sexy Album in 2010 and If Music Were Real in 2011. 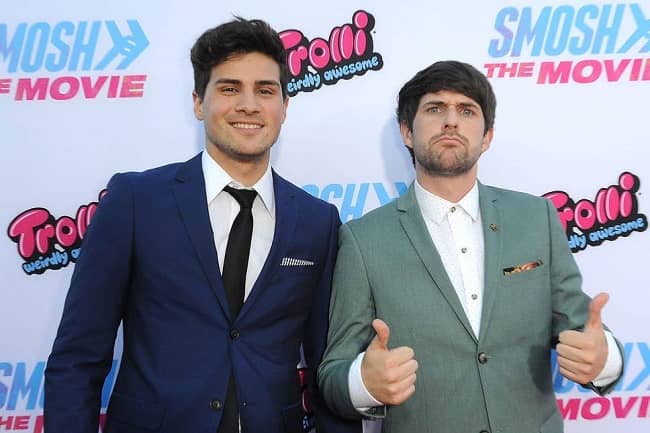 Ian as Characterized in Smosh Videos

He is shown to vary in being either more or less attractive to women than Anthony. He started an online blog to find someone who would date him, but every single one of the 30,698 votes declined. However, in the episode “5 Ways to Get a Girl,” he got attracted by a girl who was sympathetic to him crying, but she was never seen again.

In “his First Girlfriend,” he and Antoinette plan a wedding, but Anthony’s hypnotism makes him lose his sentence, thus resulting in Antoinette breaking up with him. In “The Famous Cheese Guy,” Anthony took a picture with a girl who enjoyed his cheese Melt-Down commercial, but when he moved in, the girl pushed him away and then spit on him.

His sexuality varies as well. In the episode “Smosh Snatchers,” Anthony claims that the only guy he would go gay for is McGyver, but he states that he thinks every guy would go gay for McGyver. In “EVIL FORTUNE COOKIE!”, he is given a fortune that says he and Anthony get married, so he asks Anthony to marry him. A disgusted Anthony refuses, telling he that he needs help, and walks away; in response, he starts crying and yells to Anthony that he would have divorced him anyway. 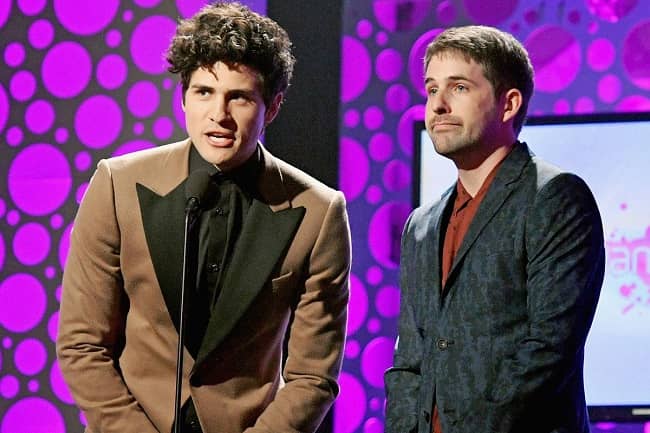 Caption: Ian Hecox and Anthony while speaking on the stage. Source: Vox

Previously, he dated a YouTube personality, Melanie Moat. Therefore, Ian first met Melanie in 2007 in Sacramento while paying a visit to a friend. Instantly, the two feel connected and started dating. They were in a long-distance relationship until Melanie decided to move in with him in 2012. They decided to call it quits in September 2014 and Melanie publicly announced their breakup on her Twitter.

In 2015, he began dating a model, Pamela Horton. The two first met at a Playboy party. He was often seen posting pictures of them on his Instagram. The couple called it quits in 2018. 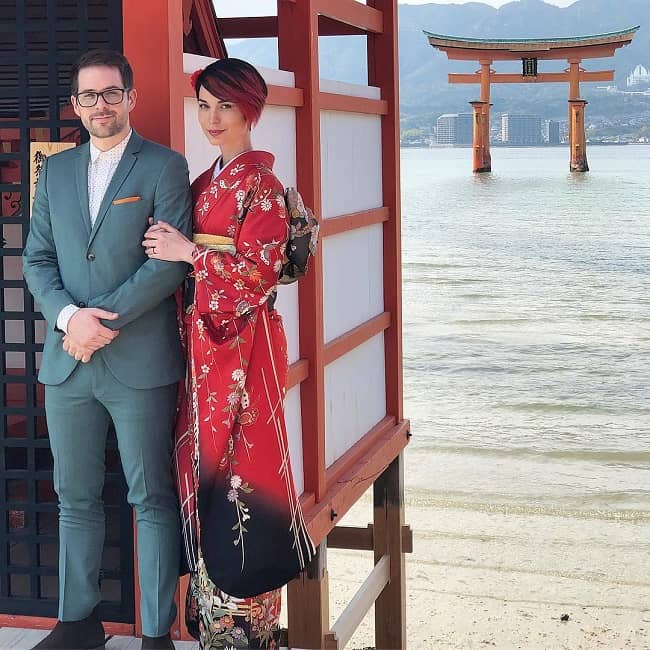 Apparently, he suffers from a small case of ADHD (Attention Deficit Hyperactivity Disorder) and is also asthmatic. It is remarked Kalel that he is actually allergic to cats when she lived in the Smosh house temporarily.

He is 5 feet 8 inches tall and weighs around 67 kilos. He has blue eyes, dark brown hair, pale skin, and a beard. His sexual orientation is straight. Further details regarding his body measurements are unknown. However, he has maintained a good body physique.