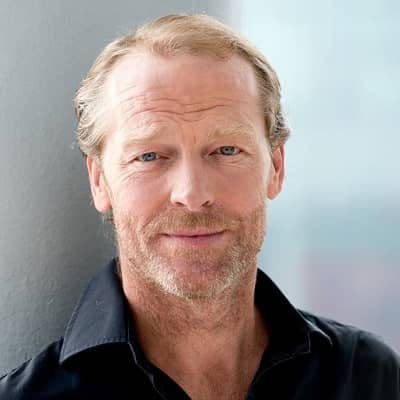 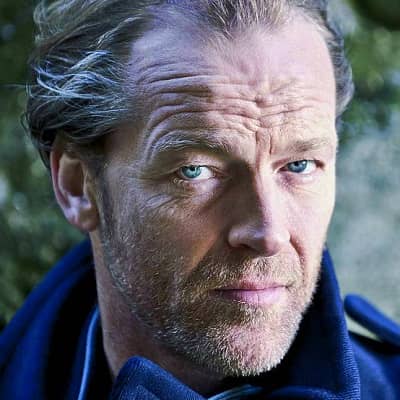 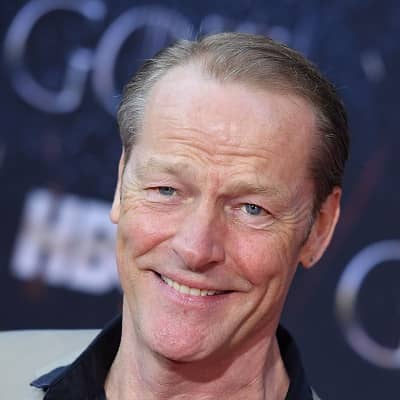 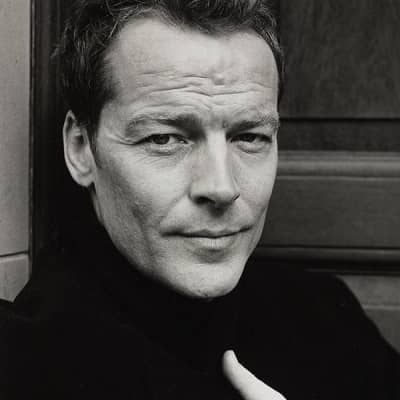 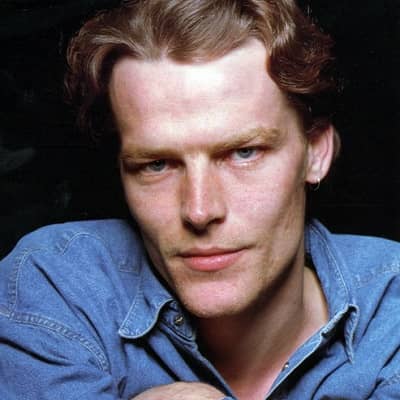 Iain Glen is a well-known Scottish actor. Iain Glen is famous for his roles in numerous renowned films and TV shows like Game of Thrones, Titans, Downton Abbey, Black Beauty, Resident Evil, Mountains of the Moon, and Silent Scream among others.

Iain Glen was born on 24 June 1961 and his age is 60 years old. His full name is Iain Alan Sutherland Glen and he is originally from Edinburgh, Scotland. Talking about his educational journey, he attended Edinburgh Academy. This institution is an independent school for boys which is now a co-educational institution. Following this, he attended the University of Aberdeen. 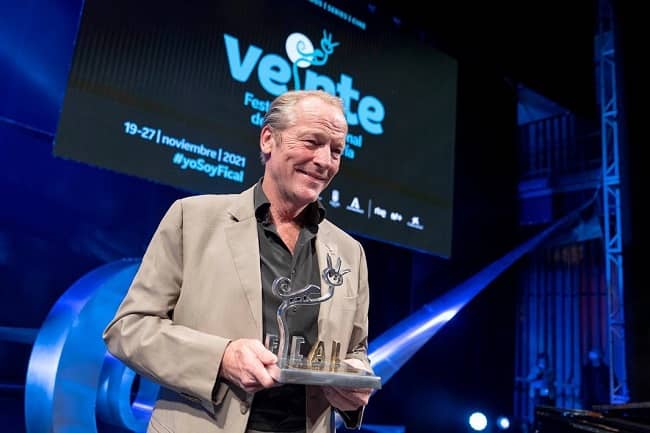 Consequently, this person went to attend the RADA in London to train in acting. He chose to train here as this was the only one that was holding auditions at the time. There, this personality won the Bancroft Gold Medal.

Talking about his family, he has an older brother named Hamish Glen. His elder brother is Belgrade Theatre’s artistic director which is located at Coventry. Likewise, his brother was previously the artistic director of the Dundee Repertory Theatre. Besides this, he has yet to share information regarding other family members. 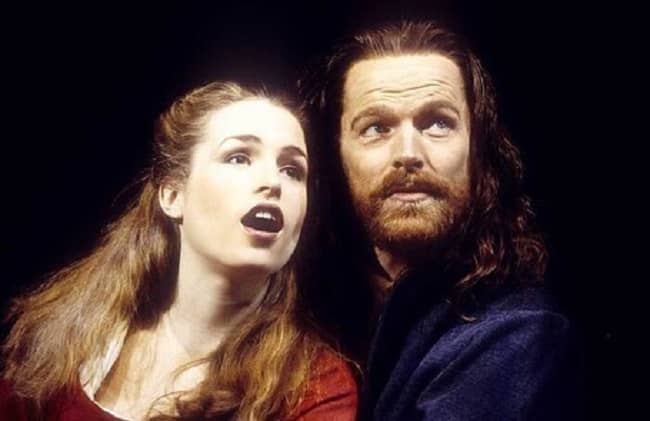 Caption: Iain Glen and Juliette Caton from a scene of his musical debut. Source: Instagram

Professionally, Iain Glen is a popular actor. People recognize him best for his roles as Dr. Alexander Isaacs/Tyrant in three Resident Evil film series films which he portrayed from 2004 to 2016. Likewise, he played the role of Ser Jorah Mormont in Game of Thrones from 2011 to 2019.

His role as John Hanning Speke in Mountains of the Moon in the year 1990 is also one of the notable roles. Similarly, he portrayed the character Larry Winters in Silent Scream in the same year. For this role, he won the Silver Bear for Best Actor. This was at the 40th Berlin International Film Festival in the year 1990. The same year, he appeared as Hamlet, Prince of Denmark, in the film adaptation of Tom Stoppard’s play Rosencrantz and Guildenstern Are Dead. 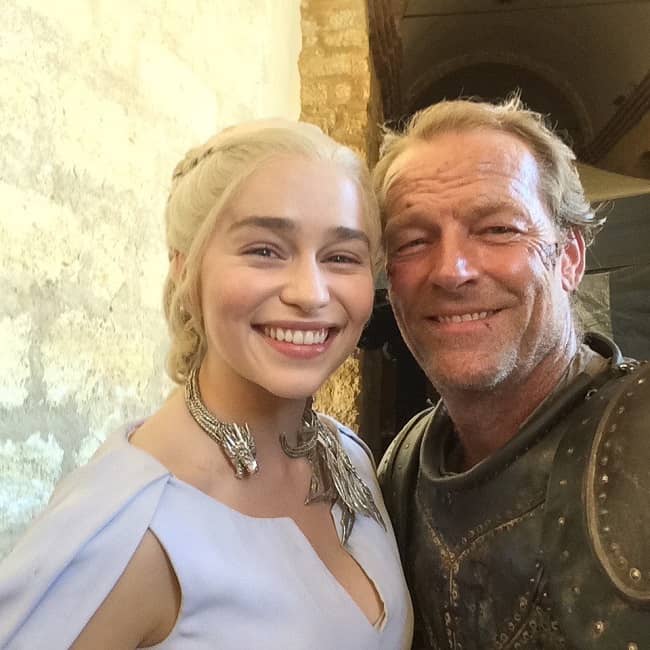 Caption: Iain Glen posing for a photo with the costar of Game of Thrones, Emilia Clarke. Source: Instagram

Further, this actor received nominations for an Olivier Award for his performance in The Blue Room in which he worked alongside Nicole Kidman. In the year 2001, he portrayed the role of Manfred Powell in Lara Croft: Tomb Raider and appeared as Brother John in Song for a Raggy Boy in the year 2003. In 2002, the actor worked alongside Emilia Fox in The Soul Keeper.

Moreover, he starred in the titular role in Jack Taylor from 2010 to 2016. He then appeared as Sir Richard Carlisle in Downton Abbey in 2011. Likewise, in the year 2015, he appeared as James Willett in Eye in the Sky. Starting in 2019, this actor has been appearing on the screen as Bruce Wayne in Titans.

Iain Glen is a happily married man. His wife is Charlotte Emmerson. The two tied the knot in the year 2017 and together they share two children. Their children are Mary Glen and Juliet Glen. Prior to this relationship, the actor was married to Susannah Harker. The two were married from 1993 to 2004 until their marriage ended in divorce. The actor shares one child with his 1st wife, namely Finlay Glen. 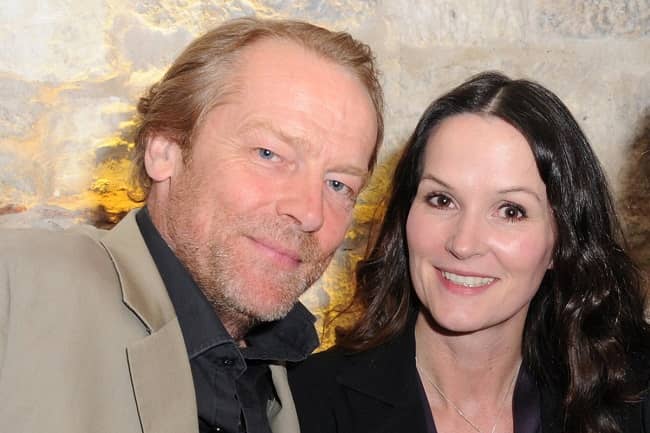 Caption: Iain Glen posing for a photo with his wife. Source: Evening Standard

Iain Glen stands tall at an approximate height of 6 feet 1 inch or 1.85 meters. Likewise, the actor has a bodyweight of around 74 kgs or 163 lbs. Besides these, the actor’s other body measurement details are unavailable at present. Moreover, the Scottish actor has light brown hair and blue eyes.

Talking about his social media presence, Iain Glen is available on Instagram under the username @iainglen60. While writing this biography, this profile has more than 535k followers. Other than this, the Scottish actor doesn’t seem to have profiles on other platforms like Twitter, Facebook, Youtube, etc. Moving on, the Scottish actor has a net worth of around $3 million US dollars.