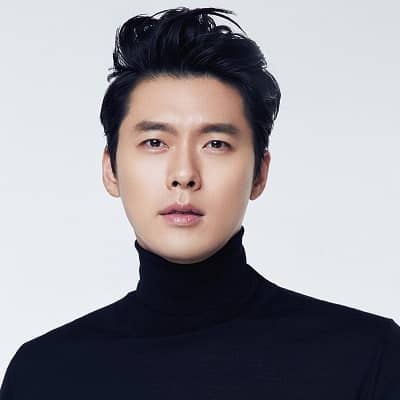 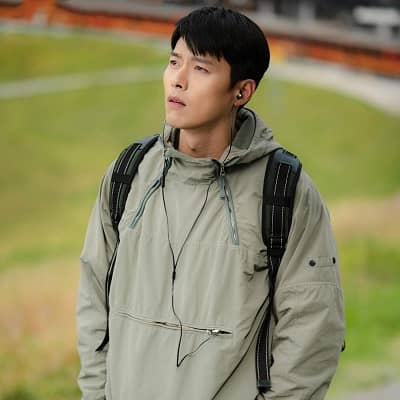 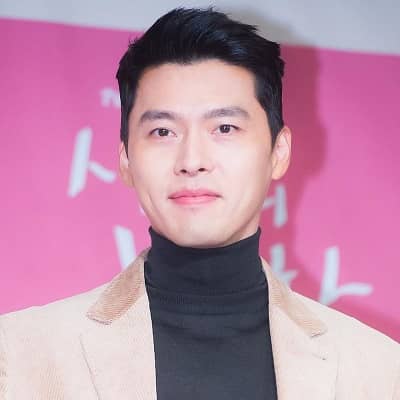 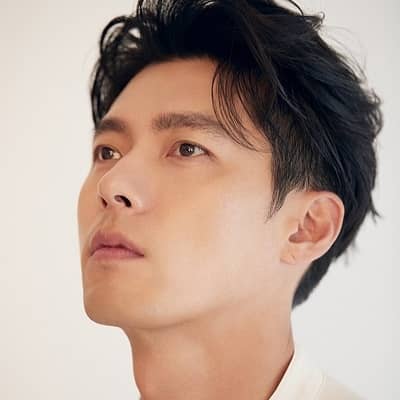 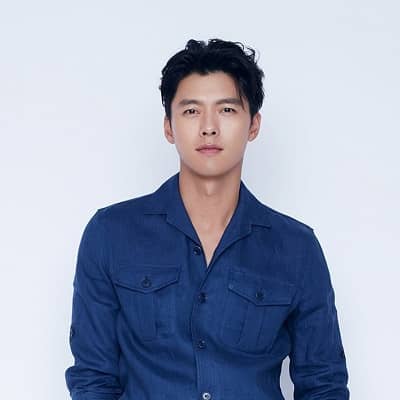 Hyun Bin is a famous South Korean actor. Hyun Bin gained immense popularity as a Hallyu Star for his roles in films and dramas including ‘The Negotiation’, ‘Memories of the Alhambra’, ‘Crash Landing on You’, and ‘A Millionaire’s First Love’ among others.

On 1st January 2021, Hyun Bin’s agency confirmed that the actor is in a romantic relationship with actress Son Ye-jin. They are co-stars in The Negotiation and Crash Landing on You. 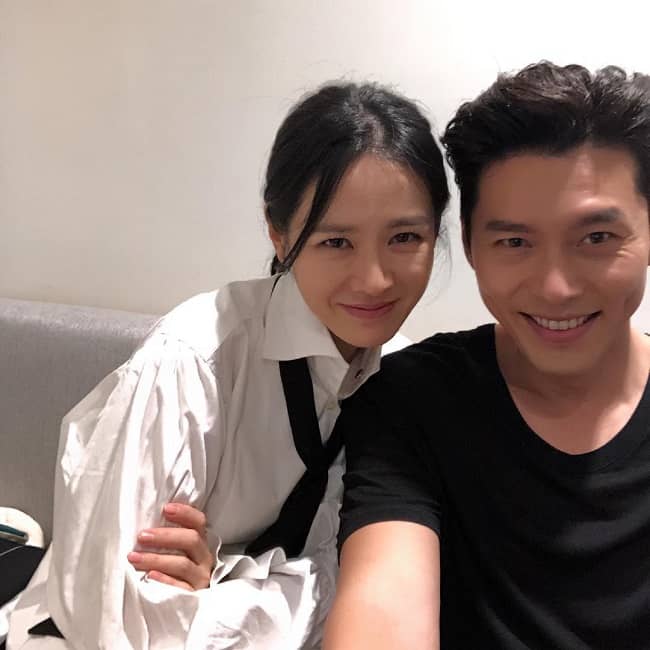 Similarly, he graduated from Youngdong High School. He later studied at Chung-Ang University in 2004. There, he majored in Theater Studies and Film. In the year 2009, he enrolled at the same university to obtain a Master’s degree.

Hyun Bin is a very famous South Korean actor. The actor first gained wide recognition for his role in the 2005 romantic comedy TV drama My Name is Kim Sam-soon. Since then, he has appeared in leading roles in other successful TV shows like Secret Garden, Memories of the Alhambra, and Crash Landing on You among others.

Likewise, the actor’s popularity further widened when he stared in a series of box office hits like the action thriller Confidential Assignment, the crime thrillers The Swindlers and The Negotiation, and the horror movie Rampant. 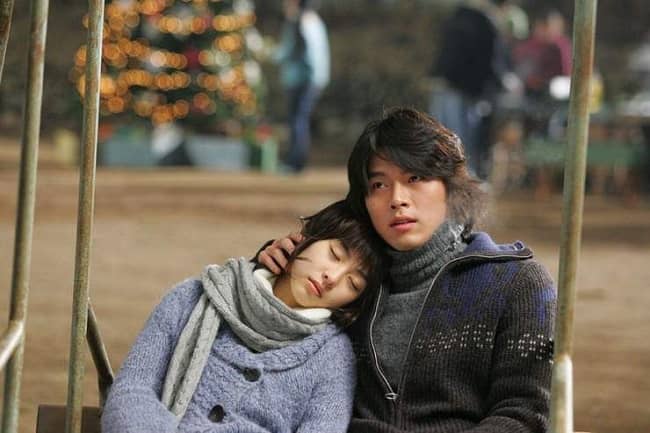 Caption: Hyun Bin captured in a still-cut of the film ‘A Millionaire’s First Love’. Source: Pinterest

The famous actor’s first film was Shower in 2002. He eventually made his debut as an actor in the year 2003. It was with the TV series Bodyguard. He later starred in Nonstop 4 and Ireland. Further, he also made his film debut the same year with Spin Kick.

Similarly, he then shot to stardom with the 2005 romantic comedy series My Lovely Sam Soon for which he worked alongside Kim Sun-a. For this role, he won the “Top Excellence Award” at the MBC Drama Awards. His role as Sam-sik established him as a top star in South Korea. It further established the actor as a Hallyu star as his popularity expanded beyond South Korea to Japan and other countries in Asia.

Following the success of this drama, he starred in his first film as a lead actor in A Millionaire’s First Love. The actor’s next TV project was The Snow Queen and for this, he received his first “Best Actor” nomination at Baeksang Arts Awards.

Actor, he started to choose more eclectic projects. After The Snow Queen, he returned to TV with Worlds Within. Similarly, in 2010, the actor starred in Secret Garden. His portrayal as Kim Joo-won in this drama created a “Hyun Bin Syndrome” as his name and face were plastered everywhere from newspapers to TV and the internet. Further, the actor was recognized at the 2010 SBS Drama Awards and the 47th Baeksang Arts Awards for his performance in this drama.

In 2011, the actor appeared in two films Come Rain, Come Shine, and Late Autumn. He also walked the red carpet at the 61st Berlin International Film Festival. There, the two films were both selected for screening. 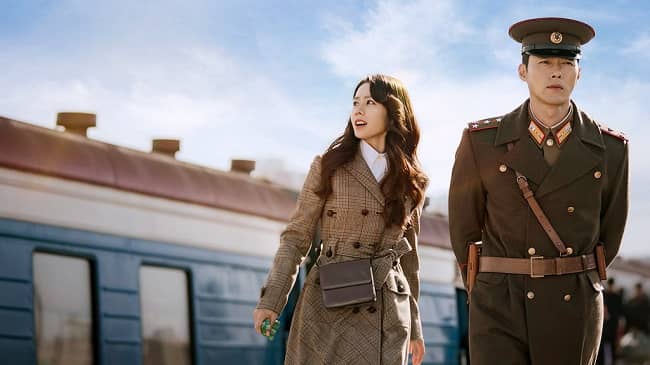 He started his mandatory military service on 7 March 2011 and got discharged on 6 December 2012. After the merger of their former agency AM Entertainment with SM Entertainment, his representatives announced in November 2012 that the actor and Shin Min-ah had decided to go independent and set up their own management agency O& Entertainment.

Moreover, he spent most of 2013 shooting commercials as an in-demand product endorser and also holding fan meetings all over Asia. For his acting comeback after military service, the actor chose The Fatal Encounter in which he played the leading role of King Jeongjo.

In 2015, he made a comeback in the Korean drama scene after 4 years, with Hyde, Jekyll, Me. Then in January 2016, the actor set up his own agency, VAST Entertainment. It became a wholly-owned subsidiary of Kakao M three years later.

Actor, he returned to the silver screen with the action-thriller film Confidential Assignment in 2017. He then starred in the crime action film The Swindlers. In 2018, he starred in the crime thriller The Negotiation – working alongside actress Son Ye-jin, and Rampant.

The same year, the actor returned to the small screen with Memories of the Alhambra working alongside Park Shin-hye. In 2019, he reunited with The Negotiation co-star Son Ye-jin in Crash Landing on You as a North Korean army captain. In 2020, he is set to star in the thriller film The Point Men. 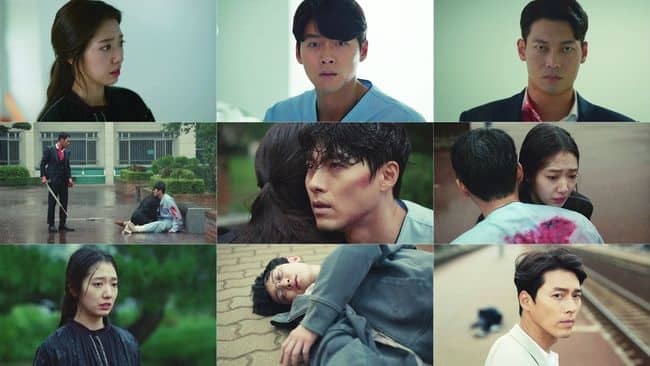 On 29 October 2013, Hyun Bin received the President’s award at the 50th Savings Day. It was held by the Financial Services Committee, for saving 35 billion won (approximately US$33 million) within 17 years. In February 2016, the actor was involved in an awareness campaign against animal cruelty. As part of the project, his agency VAST Entertainment released pictures of him posing with a retired search and rescue dog named “Vision.”

In March 2020, there was a revelation that the actor made a secret donation of 200 million won to the non-profit organization, Community Chest of Korea, on 21 February 2020. It was to help fight against the COVID-19 outbreak.

The actor is also a member of the “Honor Society”. It is a group of major private donors. He is included in the list for his many donations to different causes. The actor also continues to support projects by organizations like Save the Children, Community Chest of Korea, and international relief NGOs.

Further, the competition rate to enter the Marines at that time was 4:1. He placed in the top 5% of applicants. The actor applied to be a combat soldier. Seven broadcasting companies requested access to the training camp. 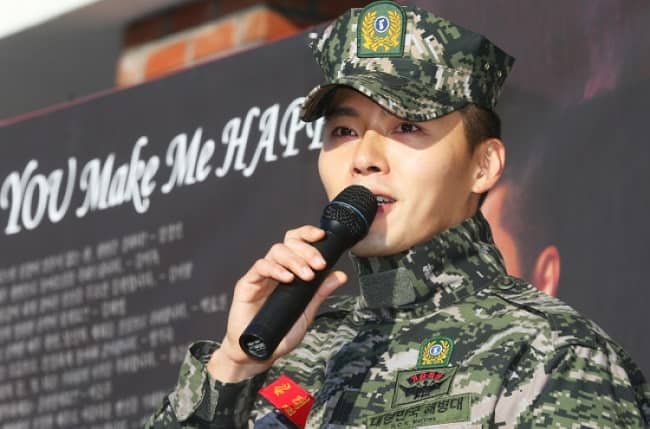 During training, he received a citation as a special grade marksman for his performance in the shooting exercises. The Corps originally planned to put the actor on public relations duty. Nonetheless, due to public criticism and the actor’s reported desire to serve on the front line, he was assigned on active duty to Baengnyeong Island. It is close to the Northern Limit Line and Yeonpyeong. Yeonpyeong is a site of a November 2010 artillery engagement between the North and South Korean forces.

After joining the Marines and completing six months into his service, he participated in the “Seoul Reclamation Anniversary Marine Marathon Competition”. Further, the actor ran a 6.25 km long course with 400 exemplary senior marines.

This event was held in remembrance of the historically significant event when the Marines won back the capital Seoul that had been taken during the 6.25 Korean War. The actor was discharged on 6 December 2012.

Similarly, the veteran actor drew praise for his performance in Late Autumn. This drama was screened at the 61st Berlin International Film Festival. Throughout his career, Hyung Bin has received nominations for many awards. Among them, are five at the Baeksang Arts Awards.

He also won various acting recognition and one of them is the Grand Prize (Daesang) for TV at the 47th Baeksang Arts Awards. Moving on, he has a net worth estimation of approximately $10 million.

Hyun Bin stands tall at a height of 6 feet or 1.85 meters and weighs approximately 84 kgs. Similarly, his chest-waist-hip measures are 44-34-38 inches respectively.