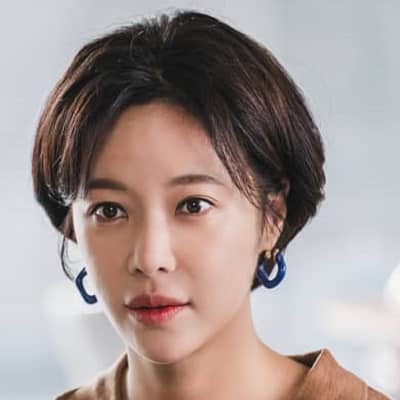 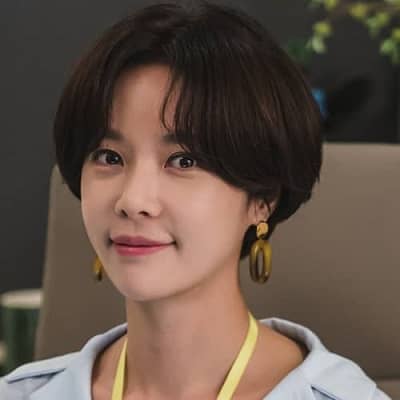 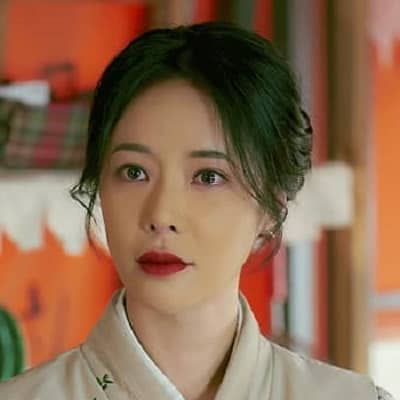 Hwang Jung Eum is an actress by profession. The South Korean actress Hwang Jung Eum is best known for her roles in a variety of Korean dramas. Similarly, she has played in dramas like ” She Was Pretty”, ‘Kill Me Heal Me”, and many more.

Actress Hwang Jung Eum was born on January 25, 1985. As of 2022, she is 37 years old now. Similarly, Jung Eum was born in the capital city of South Korea, Seoul. The actress hasn’t shared much information about her life before joining the Korean Entertainment industry.

Likewise, only basic information about the actress’s childhood is available as of now. She hasn’t revealed the identities of her family member or her house address and such information for privacy purposes. Furthermore, the names of her parents, their occupations, and other details about her family are unobtainable in the present. 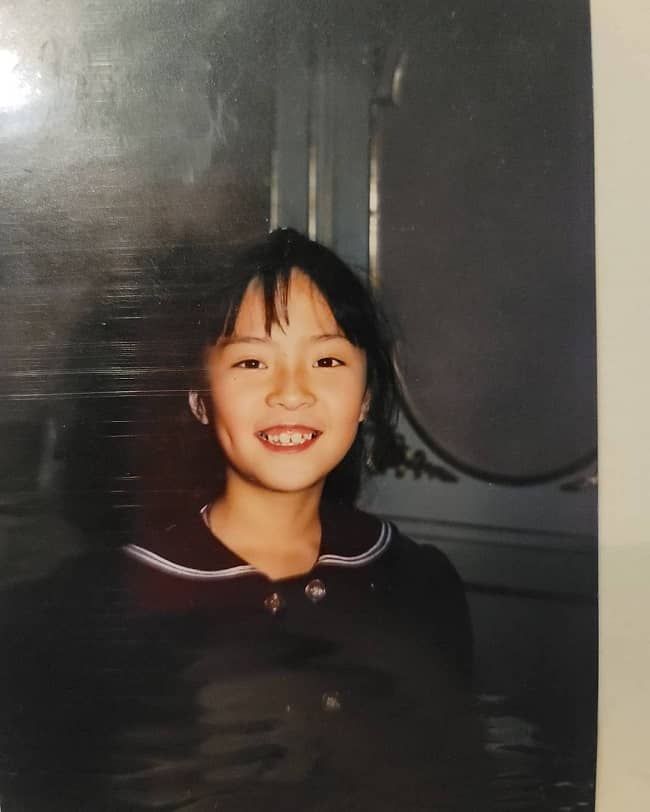 Caption: A picture of Hwang Jung Eum when she was still a child. Source: Instagram

She is a student of theater and film. Hwang Jung Eum pursued a degree from the University of Suwon. Other than this, there is no information about her regarding her educational background. The names of the institutions from where she received her primary education are not known yet.

She is an actress by profession. Although she joined the Korean entertainment industry as a singer, she has contributed more to the field of cinema and films. Talking about the days when she recently joined the industry, she debuted with a Korean Girl Group named “Sugar” in the year 2002. Jung Eum was the lead vocalist of the group. However, after 2 years, she left the group to build a solo career of her own.

After leaving the girl group, she mostly engaged herself in a variety of shows and movies. Hwang Jung Eum is managed by C-Jes Entertainment at the present. To date, Jung Eum has established herself a very successful career in the acting industry. She is a versatile actress who easily captivates the attention of her audience through her professional acting skills.

Moreover, she debuted as an actress in the year 2007 with the drama “The Person I Love”. Since then, she has appeared in many dramas and films. She is more popular on the silver screen than on the golden screen. Some of her commendable works are ‘She Was Pretty(2015)”, “Kill Me Heal Me(2015)”, “The Undateables(2018)”, and “Mystic Pop-Up Bar(2020)”. Likewise, She has always played her characters exceptionally well.

She hasn’t appeared in as many films as she has in dramas. However, the ones she had never failed to reflect how good of an actress she is. The movies that she has been a part of so far are: “The Relation of Face Mind and Love”, “Wish”, “Death Bell 2: Bloody Camp”, and “My Sister, the Pig Lady”. 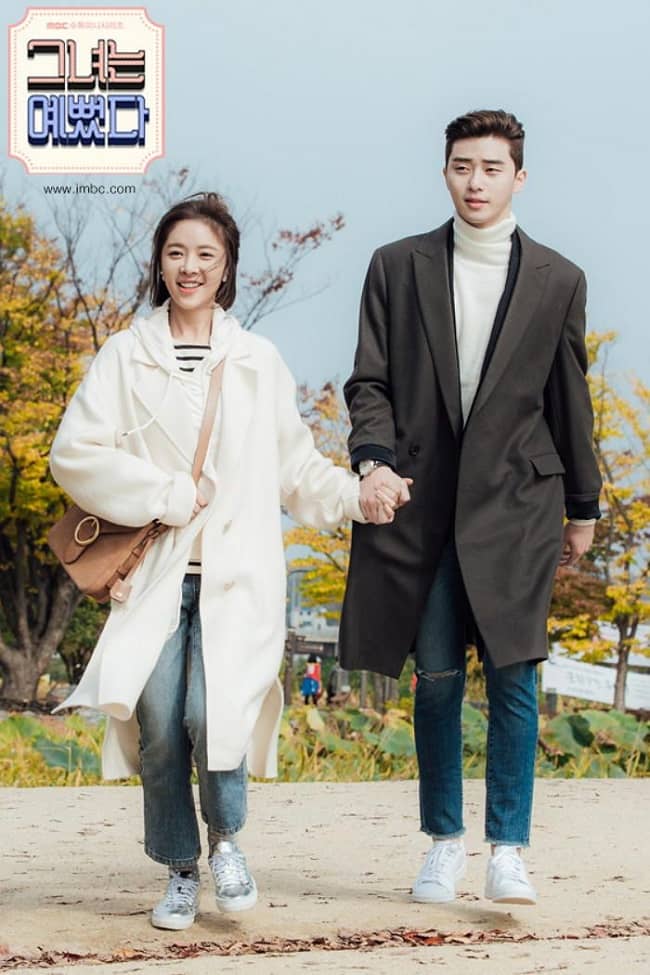 Caption: A poster of her drama “She Was Pretty” along with Park Seo Jun. Source: Pinterest

For a long time, she appeared in different variety shows. She rose to stardom with the help of variety shows before she started acting. Similarly, she was a regular guest on the game show “Love Letter” for 2 years. Furthermore, she was also the cast member of “We Got Married: Season 2 ” along with her then-boyfriend Kim Yong Jun. Their couple got quite the publics’ attention.

During all the years of her career, she has bagged numerous awards home. Hwang Jung Eum is truly a talented actress. Out of 36 different nominations she has received so far in her career, she has won 24 of them. It is really impressive. Some of the awards Jung Eum has won so far are listed below:

Other than the above-mentioned awards also she has won many other awards. Her awards and nominations are just an example of how much her audience loves her and her work.

Hwang Jung Eum has a total net worth of around $1 -$5 million. However, the actress’s monthly salary and other such details are kept a secret from the actress and her company. She hasn’t flashed the exact figures of her earnings to any online news or in any interviews so far. Likewise, the details of Jung Eum’s assets are also not available so far.

Later, the actress confirmed that he was dating a Korean businessman who was also a professional golfer. His name is Lee Young Don. After almost dating for an entire year, the couple married each other on February 26, 2016. They have a baby boy together who was born in August of 2017. Sadly, after 4 years of their marriage, the couple is no longer together. Hwang Jung Eum filed for divorce in September of 2020. And as of now, she is single.

Hwang Jung Eum is 5 feet 7 inches tall. Similarly, she has maintained a slim figure so far. The actress has black hair and beautiful brown eyes. Other than this, further body measurement of her isn’t obtainable at the present. 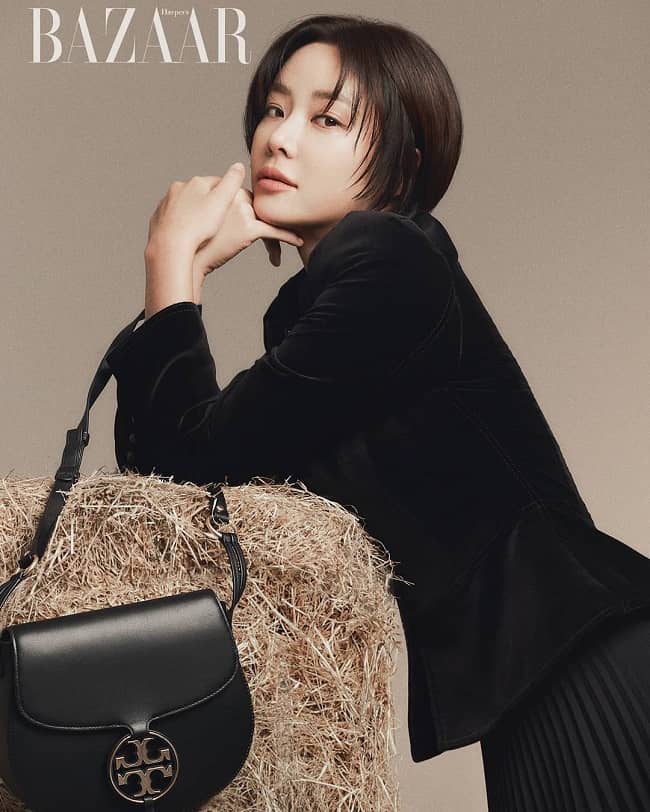 She is active on Instagram as @jungeum84. Likewise, she has garnered a total of 949k followers on her official Instagram account so far. Jung Eum has posted 1047 posts on her feed to date. She usually shares still shots of herself from movies and dramas, as well as her moments from a casual day out with her friends on her Instagram. The Korean actress isn’t active on other media outlets like Twitter or Facebook for now.