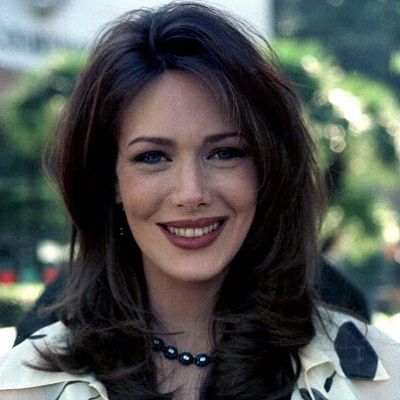 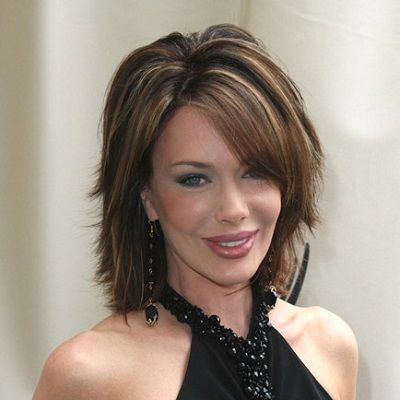 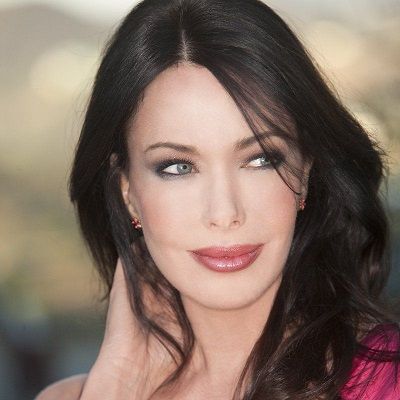 Hunter Tylo is a former model and actress. Hunter Tylo is famous for her appearance on The Bold and the Beautiful as Dr. Taylor Hayes. Likewise, she is also an author, clarifying that she is a multi-talented person.

Hunter Tylo turns 60 years old as of 2022. She was born on July 3, 1962, in Fort Worth, Texas, the United States. Likewise, her birth name is Deborah Jo Hunter and her birth sign is Cancer.

Her mother’s name is Jo Anne Hunter and her father’s name is Morris Jabez Hunter. She grew up with three siblings namely, Jay Hunter (who passed away in 2018), Cliff Hunter, and Elizabeth Hunter.

Talking about her education history, she attended Springtown High in 1980. Further, she graduated from ‘Fordham University,’ New York, pursuing a medical degree.

Similarly, she belongs to  American Nationality. And she holds mixed English- Irish- Scottish ethnicity. Talking about her religion and religious beliefs, she is a born-again Christian.

She credits her daughter’s recovery from cancer to constant prayers. She also accredits her faith for helping her deal with the death of her son, Michael.

Hunter Tylo made her debut with the sorority slasher ‘The Initiation,’ with Daphne Zuniga, the Melrose Place actress. At that time, she was credited as “Deborah Morehart”.

She later gained popularity through her regular roles in soap operas like Melrose Place. In 1985, she played her first TV series, ‘All My Children.’ But in 1988 she gets fired from the show due to her marriage to her co-star Michael Tylo.

Similarly, in 1989, she starred as Marina Toscano in ‘Days of Our Lives,’ She was a villainous character that created trouble for the show’s most popular couple, Steven “Patch” Johnson and Kayla Brady.

Tylo later said that everyone hated the character including herself. Though the producers said they would do something to her character, they never really did anything.

Nevertheless, she dreaded going to work for the last few weeks on the show, before she left the series in 1990 after the character was killed off.

Later, in the year 1990, she was provided the role of ‘Dr. Taylor Hayes’ in ‘The Bold and the Beautiful. As she was discouraged by her lack of success in soap operas she initially resisted accepting the part.

Before this, she even decided to quit acting and enrolled in Fordham University in the Bronx, New York aiming to become a pre-med student. Later, she began involved in The Bold and the Beautiful in 1990, while still pursuing her degree.

So, she ultimately gave up and started tenure on the show. Then, she continued pursuing her pre-med degree. Again, she also played ‘Senora Del Reynoso in an episode of ‘Zorro,’ titled ‘Family Business’ in the same year.

Likewise, she starred as Messua Shandar in the TV miniseries ‘The Maharaja’s Daughter’ in the year 1994.  Again that year she played as Ingrid Rose and Penelope Jordan, respectively, in two episodes of ‘Burke’s Law.’

In the year 1996, she was cast as Heather in an episode of ‘Baywatch,’ titled ‘Windswept.’ Further, she guest-starred as Claire McKenna in ‘Diagnosis: Murder.’

Moreover, she instantly returns to ‘The Bold and the Beautiful,’. In 2000, she released her autobiography, ‘Making a Miracle,’ which conveys her struggles, such as the infamous legal battle, her daughter’s cancer diagnosis and recovery, and the death of her son.

That rose to number 35 on ‘The New York Times Best Sellers’ list.

Later, in the year 2003, she guest-starred as Dr. Marks in ‘She Spies.’ She appeared in TV films A Place Called Home as Billie Jeeters, and in They Are Among Us as June in the year 2004.

Moreover, in 2005, she appeared in the film Hammerhead: Shark Frenzy and her character for this movie was Amelia Lockhart. 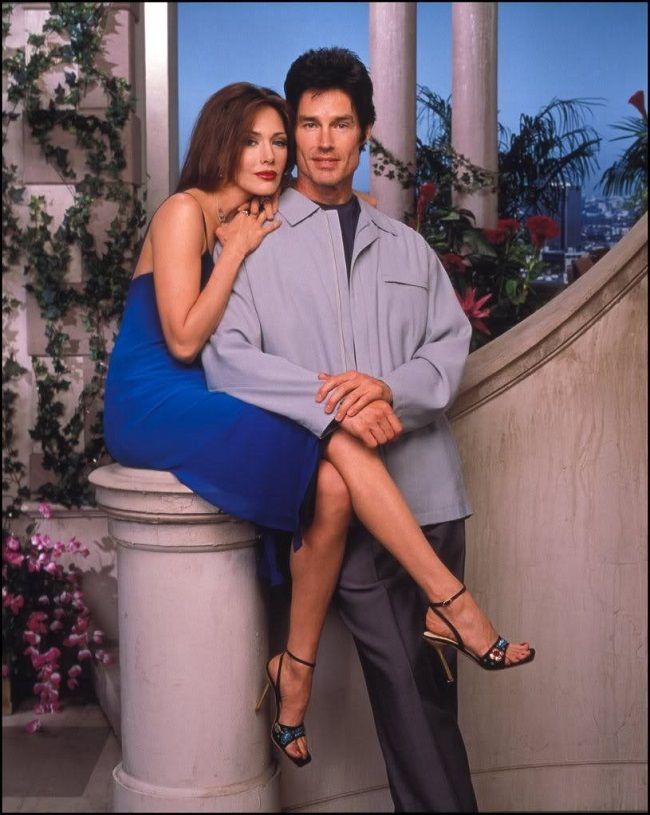 Caption: Hunter Tylo with Ronn Moss in her set The Bold and the Beautiful (Source: ru fanfic)

She was scheduled to be cast as Taylor McBride in the 1996 primetime soap opera Melrose Place. However, the producer of the opera, Aaron Spelling, fired her before any filming started.

She was fired for disclosing that she was pregnant during that time. Tylo sued the producer for discriminating against her pregnancy and won $4.8 million from a Los Angeles Jury.

Likewise, her case is also widely recognized as one of the important cases to establish rights to privacy and the right of an actress to work despite pregnancy.

And also for her performance in ‘The Bold and the Beautiful’ in 1998. Furthermore, she also won the ‘Telvis Award’ for ‘Favorite Foreign Actress’ in 2002, for the same show.

She has accompanied a great amount of Networth by her hard work and dedication to her profession.  Her estimated net worth is around $13 million.

However, there is no detailed information regarding her annual salary.

Yes, Hunter Tylo is a married woman. She has married three times to date. She married Tom Morehart first in 1980. The couple has also a son named Christopher “Chris” Morehart.

Again, secondly, she married an actor, Michael Tylo in 1987. She has two daughters Izabella Gabrielle, and Katya Ariel Tylo, and a son Michael Edward Tylo Jr. together with Michael.

Her daughter Katya suffered from retinoblastoma, a rare cancer of the eye, which was detected in the year 1998. The doctors removed the affected right eye and began chemotherapy.

Later in the year, a tumor was detected in Katya’s other eye but it inexplicably disappeared. As of now, Katya is recovered and wears a prosthetic right eye.

Precisely, the Clark County Coroner concluded that his death was caused by “drowning due to seizure disorder,” and was ruled accidental. 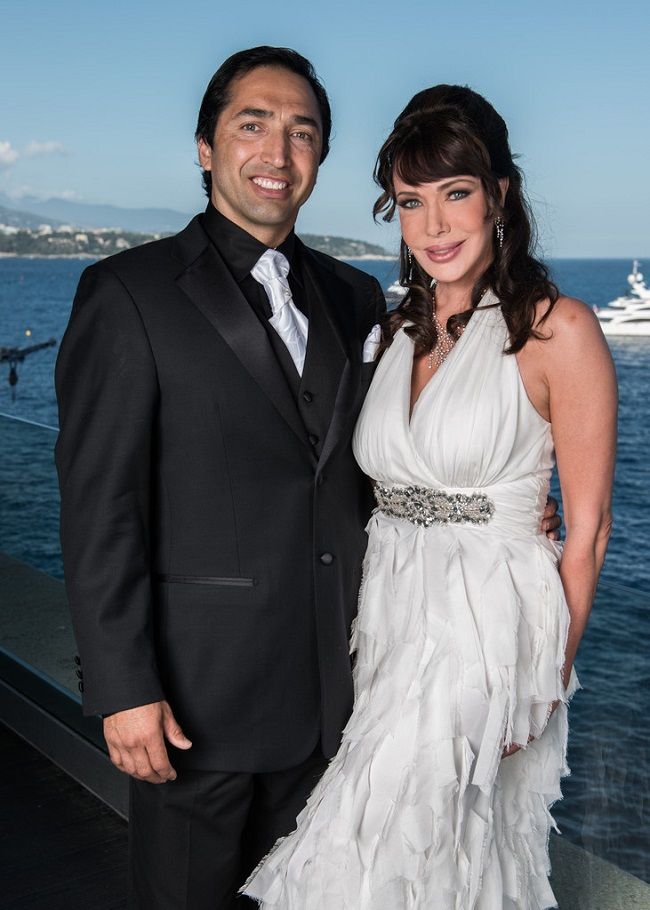 Furthermore, she again dates American actor Lorenzo Lamas in 2006. They broke up in the same year. Again, in 2008 she dated Corey Cofield which end up in a breakup.

Tylo even filed a restraining order against Cofield claiming he acted violently towards her and her children.

Presently,  her husband is Gersson Archila. They married on November 29, 2009, in a secret ceremony, held in Las Vegas, Nevada. For the last 7 years and more to come, the pair are together and they seem very happy together.

Currently, she isn’t being through any rumors and controversy in her personal as well as professional life. However, she is living happily without any trouble.

Hunter Tylo has an amazing personality with a stunning body. Her height is 5 feet 6 inches and weighs around 65Kg. Similarly, she has a  body measurement of 35-24-35 inches and her bra size is 40C and her shoe size is 9 (US).

Furthermore, she has brown hair color and her eyes color is blue. 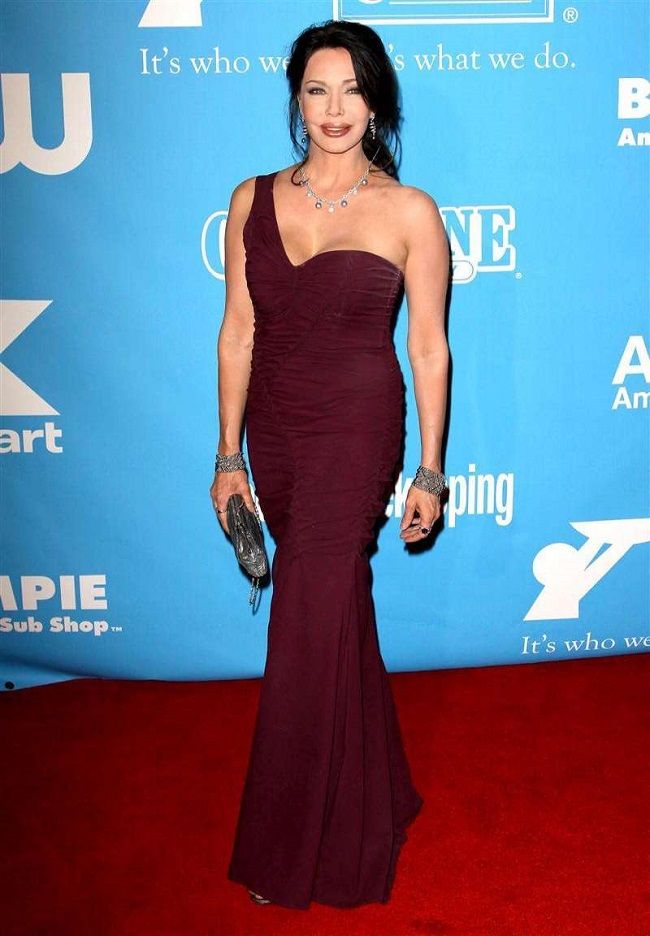