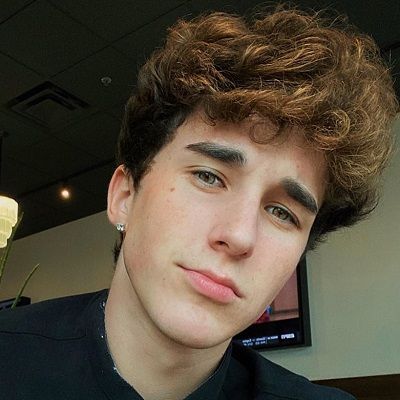 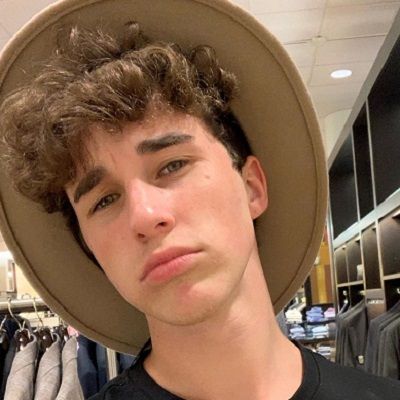 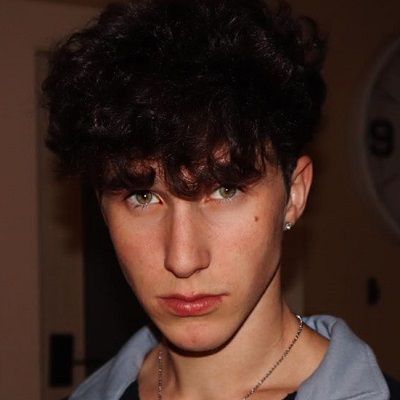 Hunter Rowland entered this world on April 5, 2001, in Florida, USA, and later moved to Arizona. Currently, he is 21 years old and his birth sign is Aries. He has two younger brothers, Ashton Rowland and Brandon Rowland.

He lives with his mother, Christine Rowland, who is a professional model and entrepreneur. He is not close to his father who left them when he was only five.

Moreover, he also has a half-brother named Tyler Gebhardt and a half-sister named Alexa Gebhardt. He has a dog named Harley and a sphynx cat named Tabu. There is no more information regarding his educational background.

However, judging by his age, he might be attending high school. He was insecure and awkward in school, and everyone used to make fun of him. He was a part of his school’s wrestling team. 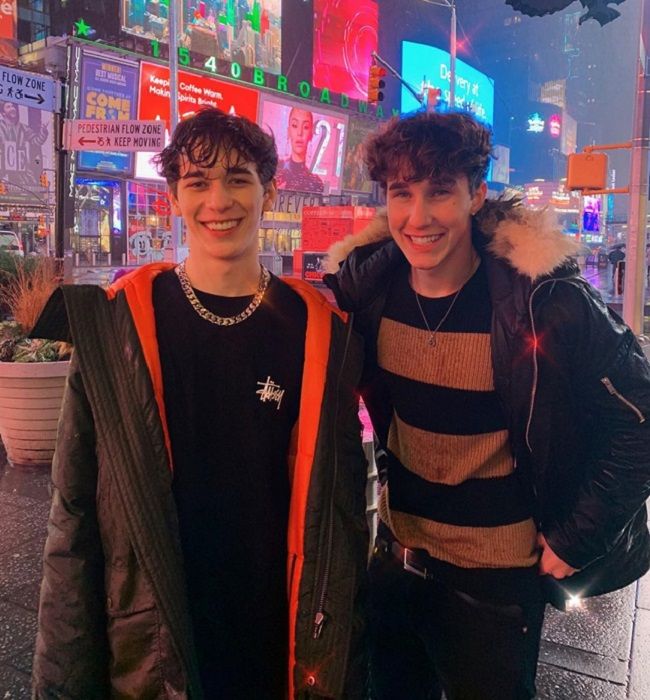 Hunter is quite famous on social networking sites. He has gained over 2.9 million followers on his Instagram @hunterrowland’. He is also available on Twitter with more than 956K followers.

Likewise, he has garnered over 80K followers on his official Facebook account. His self-titled YouTube channel has earned over 211K subscribers. Moreover, he is active on Snapchat under the username ‘HunterRowland’.

His brother, Brandon Rowland, introduced him to the live broadcasting app ‘YouNow’ where he could meet and interact with people online in 2015. Hunter started posting on his YouNow account in March 2015 and that changed everything for him within a year.

Further, he and his brother Brandon had a video that was posted while in Vegas that went viral with the tag #DontJudgeMeChallenge.

He started to feel confident and was comfortable opening up to his fans by expressing his thoughts. He started to interact with his fans to get to know them and learn their stories. Soon he moved to other social media platforms and strengthened his presence there.

However, he loves to include his family members in his live broadcasts. He likes to play basketball, swim or hike with his brothers.

Moreover, they often have “bro time” together while hiking in local areas. On his official website, he says that he is a complete package on social media as he has a variety of talents.

Further, he claims to be a singer, musician, actor, magician, poet, dancer, model, comedian, and much more. Saying that his primary goal is to make his fans smile, he often tries to spread the message of love and care.

Some of them are ‘The Truth’, ‘TRY NOT TO LAUGH CHALLENGE *impossible* W Nick Bean’, ‘My First YouTube Video || Hunter Rowland’, ‘GUESS THAT SOCIAL MEDIA STAR w/ BRUHITSZACH’, ‘NEVER HAVE I EVER GONE (WRONG)!?

He is best friend with Blake Gray and they went to Magcon 2016 tour together, along with his brother Brandon. They got into an online fight when Blake commented on one of his pictures insinuating that the picture was edited digitally to make his arms look bigger.

It was revealed that he has been bullied throughout his childhood and is insecure about his physical appearance. As such, a negative comment from his best friend on social media severely upset him, jeopardizing their relationship.

The three kept fighting over the issue by expressing their opinions on different social media sites, creating a public drama. Blake later revealed that he was upset about the fact that recently they were not as close as they have been a few months back.

Apologizing for bringing out the whole thing on social media, he expressed on Twitter that he would like to talk to him over FaceTime.

Further, Blake revealed that he has also been bullied all his life and considers himself his best friend, with whom he has so much in common. From there, things seemed to work out for the better as the three soon followed each other on social media once again.

Hunter was in a relationship with a beautiful girl named Lea Elui Ginet. The pair initially began dating in the year of 2018. Though they haven’t shared the exact date, the couple started flaunting each other pictures in February.

But they broke up in 2019. Ever since then, he has not been involved in any kind of relationship. He has a complete focus on his career at the moment. 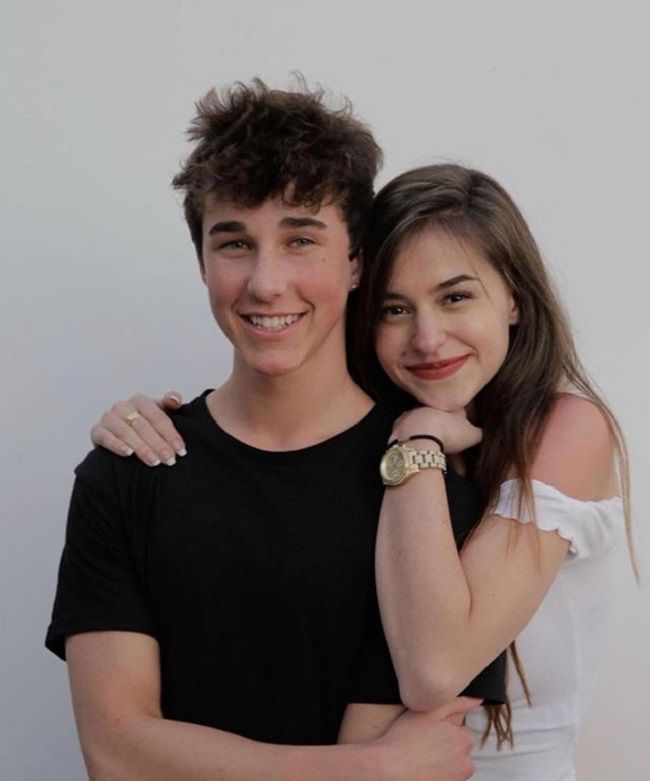 He is a good-looking guy with a charming personality. Hunter stands tall at a height of 5 feet 10 inches and weighs around 64 kg. Moreover, he has hazel eyes and brown hair. Other than this, there are no more details regarding his body measurements. 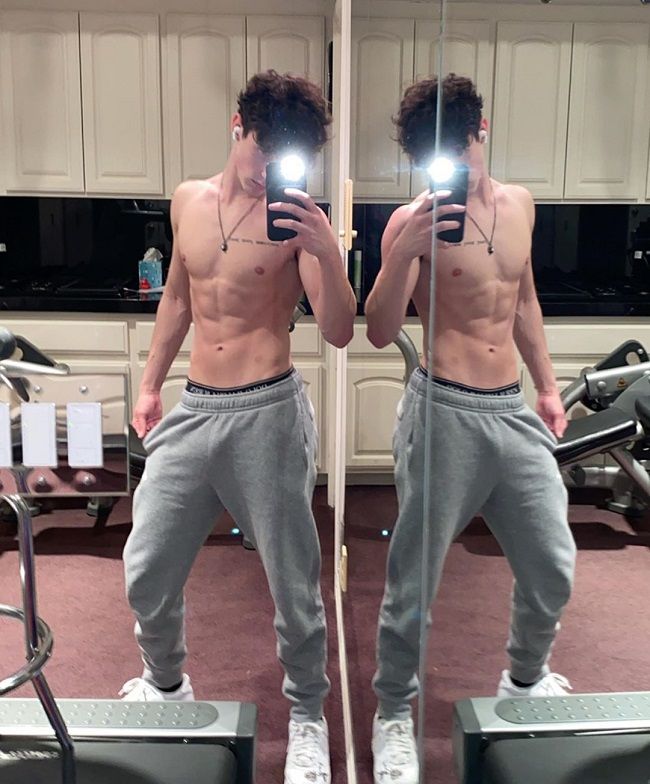 Now, heading towards his earnings, no doubt he being a social media star would earn a very good amount of money. The major and primary source of her income is YouTuber. As of 2020, his net worth is $126 million, And his monthly earned iare40000 USD to 100000 USD.