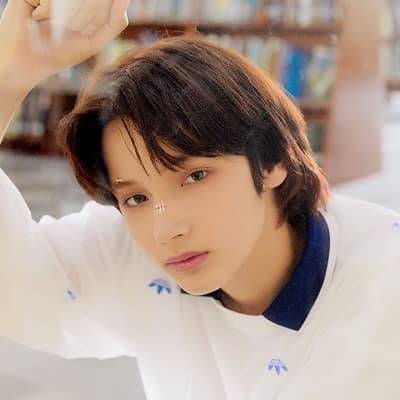 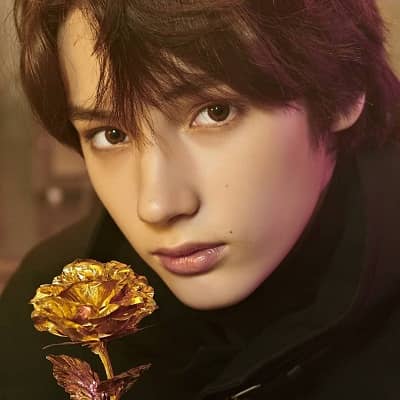 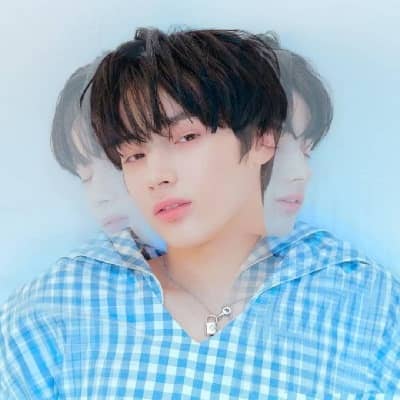 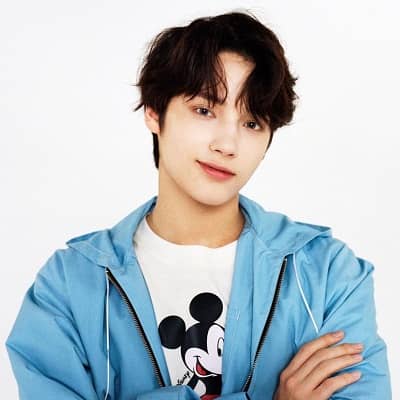 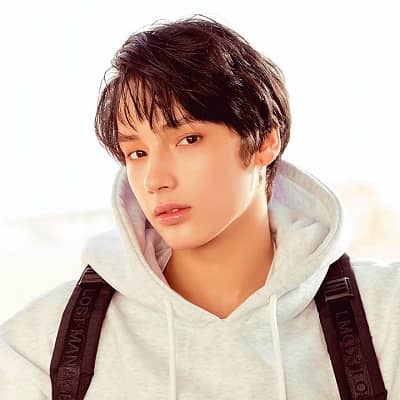 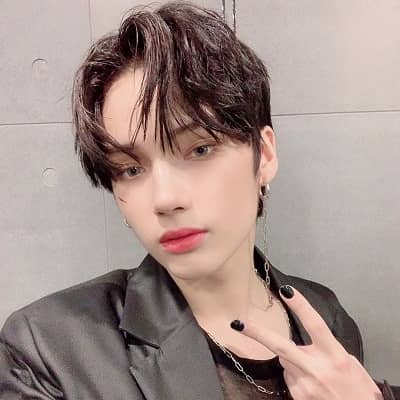 HueningKai is a Korean-American singer-songwriter and rapper under Big Hit Entertainment. HueningKai is a member of the boy group TXT. Moreover, he was the third member to be announced.

His birth name is Kai Kamal Huening. Further, his Korean name is Jung Kai. He was born on August 14, 2002, in Honolulu, Hawaii, Unietd States. HueningKai is 19 years old as of 2021 and her birth sign is Leo. Moreover, he can speak Mandarin, English, Portuguese, and Korean. Further, his father is Brazilian-German and his mother is Korean.

Furthermore, his older sister is Lea from the girls’ group VIVA. Moreover, he has a younger sister named Bahiye. Therefore, Bahiye recently became a trainee under YG Entertainment. His father was born in Brazil and raised in the US. Kai has a family in Korea and lived in China for 12 years. Moreover, he is also Polish and Scottish from his father’s side.

In 2016, his parents are divorced and his father re-married. Kai can play the piano and was interested in music from a young age and wanted to inspire people from it. Further, he studied at Yongmun Middle School and Lila Art Highschool. Therefore, he also studies at Hanlim Arts School. 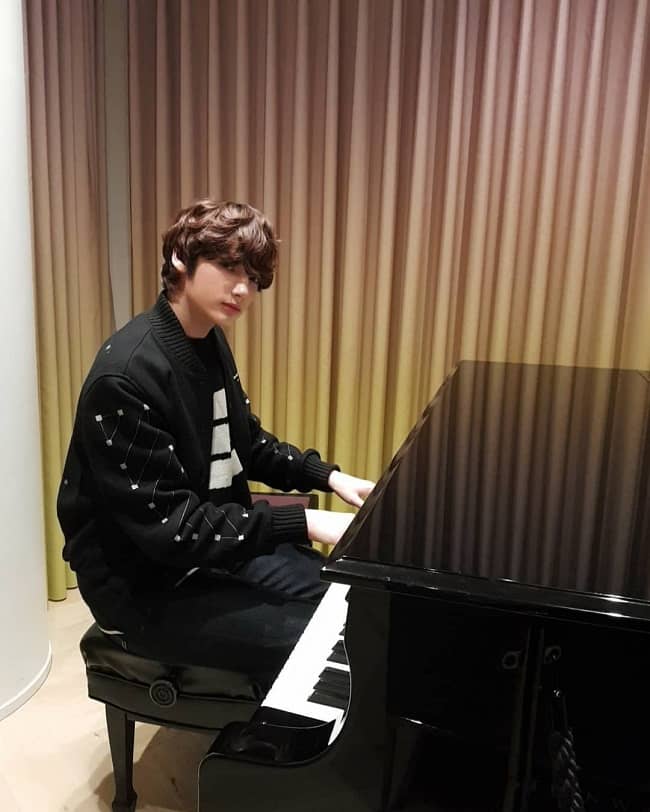 For a short time, he was in South Korea for kindergarten. Kai likes mint chocolate chip ice cream. Moreover, he describes himself as random and cool. His favorite foods are seafood and pizza. Kai loves bread. Further, he had never S-boarded before until TALK X TODAY. Kai is a scaredy-cat but watches horror movies. His favorite movie is ‘Begin Again’. Likewise, his favorite colors are green and black. And, his favorite fruit is pineapple.

On January 15, 2019, Hueningkai was revealed as the third member of Big Hit Entertainment’s newest boy group TXT. Kai made his official debut with the group on March 4, 2019, with their debut mini-album, The Dream Chapter: Star. Moreover, TXT stands for Tomorrow X Together, which BigHit Entertainment has stated means “You and I are together in one dream and make tomorrow together.”

Similarly, his 2nd video entitled Questioning Film – What Do You See? showed his animal symbol is a gecko, with the morse code SECRET and the symbols of ♥. Furthermore, jis Spotify playlist was officially released on March 19, 2019.

He is Big Hit Entertainment’s first foreign artist. His MBTI personality type is ENFP. TXTmembers released their debut EP, The Dream Chapter: STAR, along with their first music video for “Crown”, on March 4, 2019. 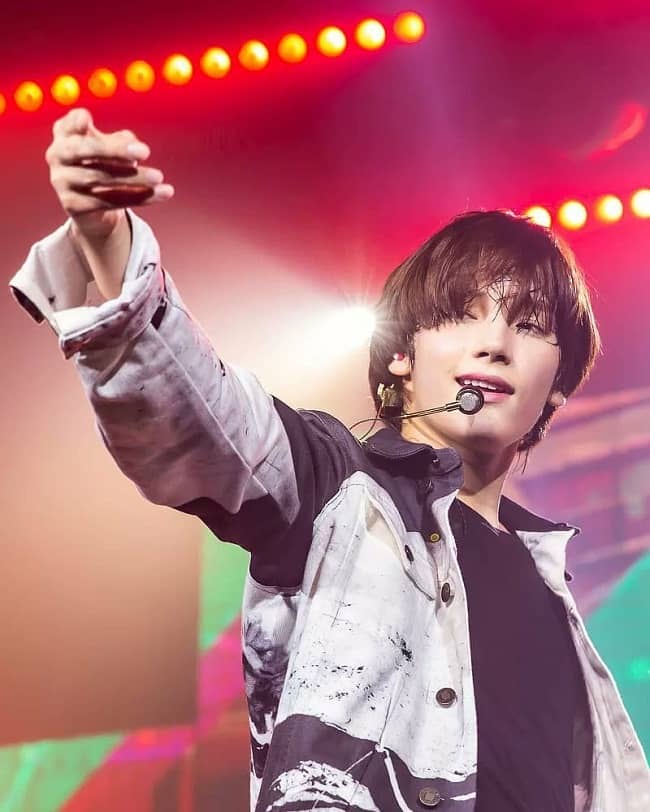 Caption: HueningKai while performing on the stage. Source: Instagram

This popular star has not dated anyone yet publicly. HueningKai has made his personal life away from the public eye. Kai is currently focusing on his career and is developing his skills related to his singing career. He has a lot of time to be in a relationship and find the perfect match for himself. Moreover, he has made a good and clean profile regarding his personal as well as professional life.

HueningKai has an amazing, charming, and attractive personality. He stands at a height of 6 feet tall and weighs around 61 kilos. Moreover, his blood type is A. He has a well-maintained body physique. Therefore, he has a healthy and fit body status. He has a pair of brown eyes and dark brown hair. He has a cute and elegant face. 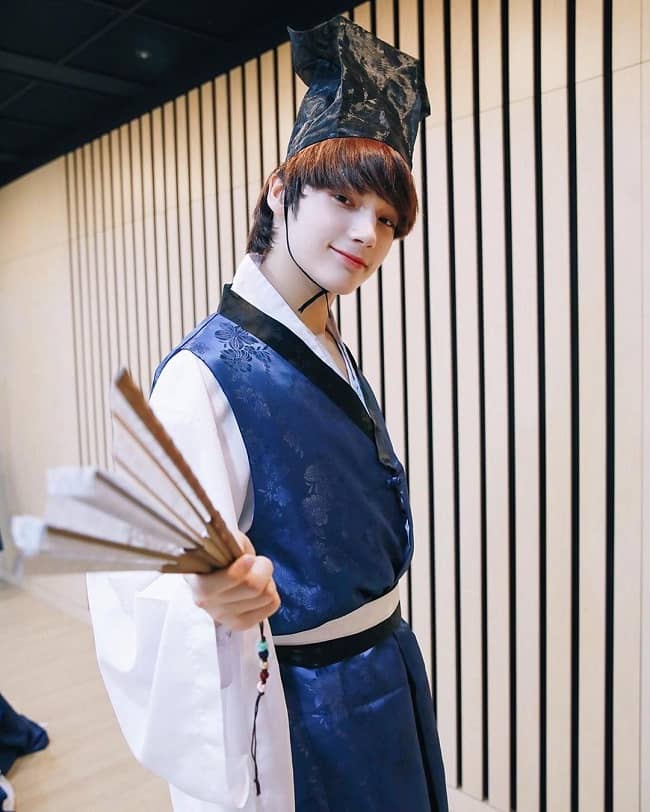 HueningKai is famous on social networking sites. His Instagram page ‘@hueningkai_official’ has gained over 468K followers. The ‘TOMORROW X TOGETHER OFFICIAL’ YouTube channel has earned over 4.59 million subscribers. The official Twitter account of TXT ‘@TXT_members’ has gathered more than 5.2 million followers.

This popular personality is sure to pocket a great amount of money through his profession. However, he has a net worth of around $1 million – $5 million.