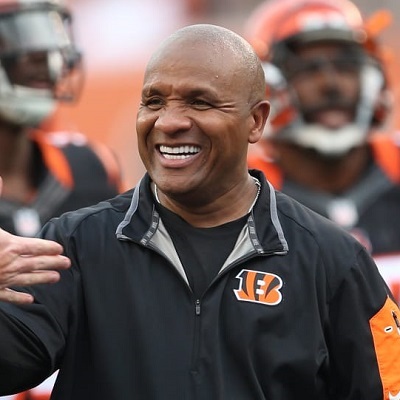 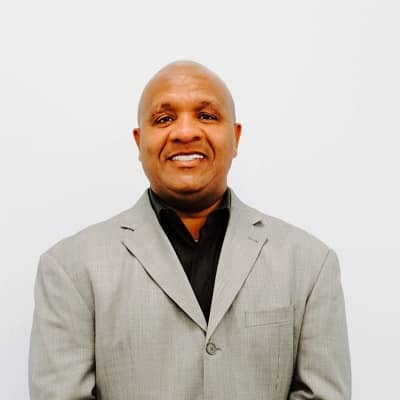 Hue Jackson was born on October 22, 1965, and he is currently 55 years old. He hails from Los Angeles, California, and his zodiac sign is Libra. He attended Dorsey High School and he was a quarterback as well as lettered in basketball. Later on, he attended Glendale (CA) Community College and starred in football in the years 1983 and 1984. From this college, he earned an associate degree in the year 1984.

After this, he attended the University of the Pacific and was a quarterback from 1985 to 1986. Here, he also lettered in basketball in the year 1986. From this university, he obtained a degree in physical education. 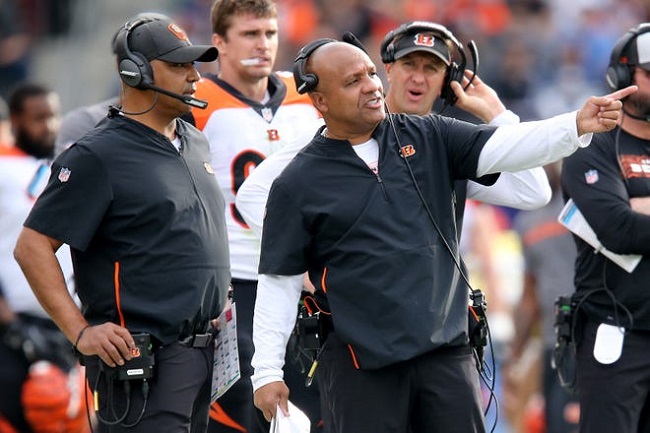 Professionally, Hue Jackson is a coach of American football. Likewise, he is also famous as the offensive coordinator at Tennessee State.

Later on, he became the head coach of the Raiders as well as the Cleveland Browns for 4 seasons. For the latter, he served the aforementioned position from 2016 to 2018. 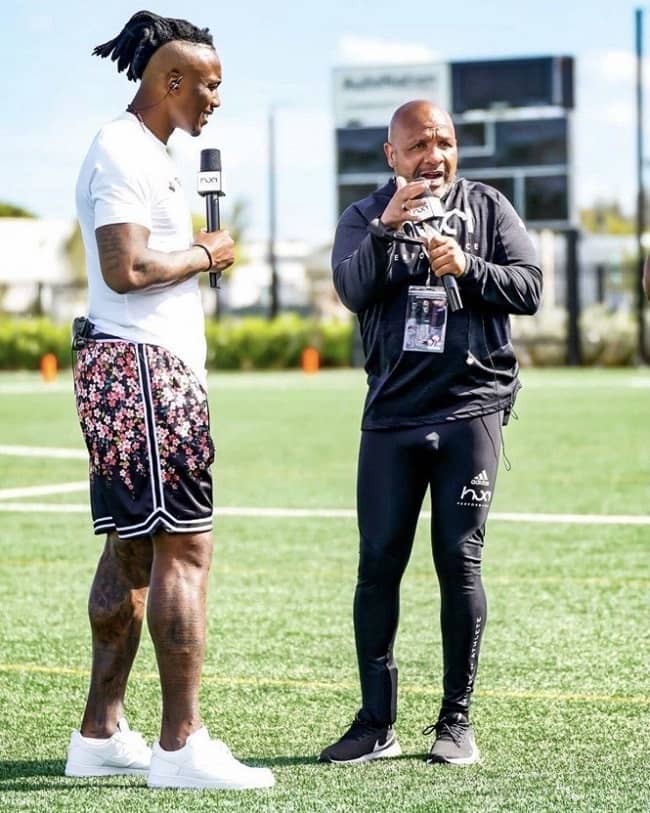 Talking about the beginning of his coaching career, he began in the year 1987  with his alma mater, Pacific. With the Pacific, he spent three years from 1987 to 1989. Then from 1990 to 1991 at Cal State Fullerton, he became the running backs coach and special teams coordinator.

Besides his coaching career, he is also the founder of the Hue Jackson Foundation along with his wife Michelle. This foundation is dedicated to empowering children, teens, and adults by educating, providing awareness, and preventing them from human trafficking. This foundation also assists survivors and their families in the journey of recovery and survivorship. For his efforts through this foundation, he received the Harvard Global Health Catalyst Mental Humanitarian Award in the year 2019.

Hue Jackson is a married man and his wife is Michelle. The couple has three daughters. Two of their daughters are Jordyn Jackson and Baylee Jackson. The family of five live in Cincinnati, Ohio, at present. 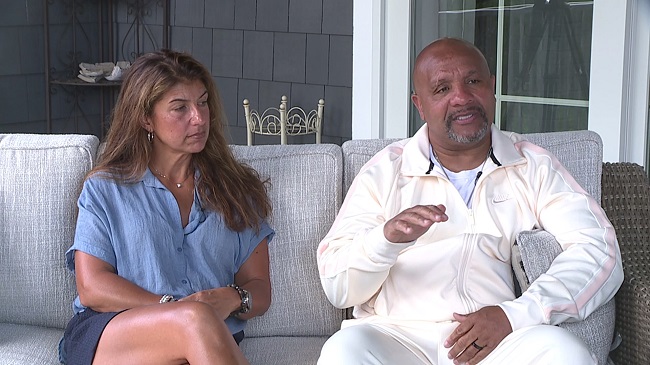 Caption: Hue Jackson and his wife talking about their foundation during an interview. Source: Fox 8

Hue Jackson stands tall at an approximate height of 5 feet 6 inches and his weight is around 62 kgs. Other than this, there is no further information regarding this coach’s other body measurement details. Likewise, the coach has black hair and eyes of the same color.

Talking about his social media presence, Hue Jackson joined Twitter in December 2015 and his username on this platform is @huejack10. Likewise, he is available on Instagram as @huejackson5. So far, the coach has earned more than 3.9k followers on his Instagram profile. Moving on, this personality has a net worth of $5 million US dollars.