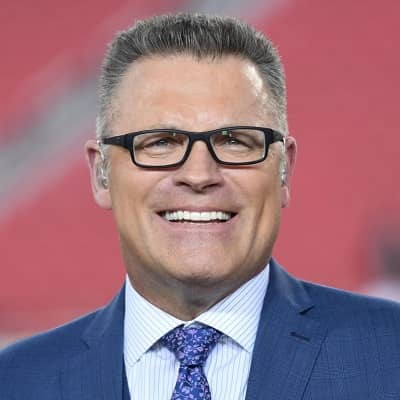 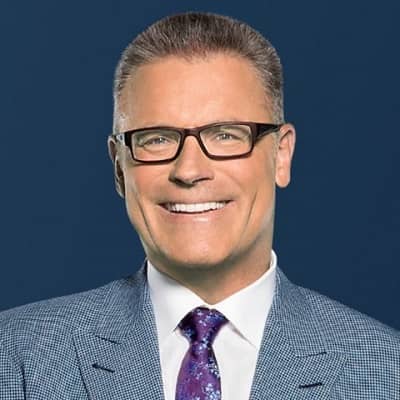 Howie Long is a retired professional football player, actor, and sports analyst from the United States. In addition, Howie Long has played for the Oakland/Los Angeles Raiders in a defensive end position and as an actor, he has been featured in several movies such as Broken Arrow (1996) and Firestorm (1998).

Howard Matthew Moses Long best known as Howie Long was born on 6th January 1960, in Somerville, Massachusetts, in the United States of America. As of now, he is 62 years old and is a citizen of the United States. Moreover, he has a birth sign of Capricorn and is a Roman Catholicism by religion.

He is the son of Howard Long Sr (father) and Margaret Kirk (mother). Moreover, he had a sister whose name is Ann Marie Long. Sadly, Ann expired in 2016. In addition, he grew up in Charlestown, Boston.

Talking about his academic background, he studied at Milford High School in Milford Later, he enrolled at the University of Villanova and received a degree in Communications in 1981. He played college football and was a letterman for four years during his college career. He was picked in the Blue-Gray Football Classic in 1980 and was awarded the most valuable player (MVP).

In his high schools days, he was a basketball player, track star, and boxing champion for the Northern Collegiate. Talking about his professional career, he began playing NFL when he was chosen in the second round of the 1981 NFL Draft by the Oakland Raiders. There, he played 13 seasons for the Oakland Raiders as a defensive end position.

He was the MVP of the 1980 Blue-Gray Game at Villanova, where he was a four-year letterman. His NFL career peaked in 1983 when he had 13 sacks, including a career-high five against the Washington Redskins on October 2, 1983. In 1984 and 1985, he was named to John Madden’s All-Madden teams, and in 1994, he was named to the 10th Anniversary All-Madden team. 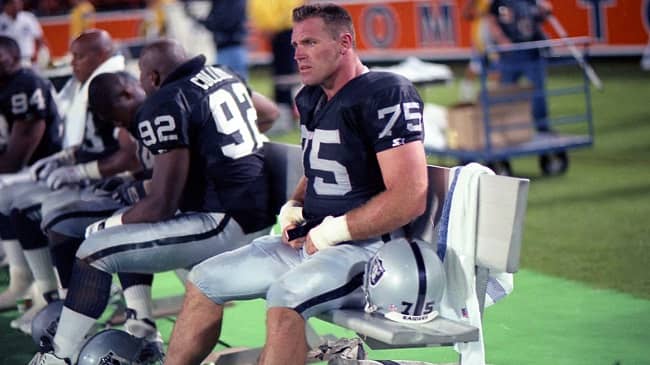 John Madden who is also a former football coach and sportscaster elected Howie to the All-Madden teams in 1984 and 1985, and in 1994 he was named All-Madden‘s 10th Anniversary Team. He missed the 1988 season due to injuries, but he still managed three bags and the first pass of his career, in which he recovered 73 yards in a game against the Houston Oilers.

After he retired from basketball, he was involved in acting and mainly focused on playing action movies. He was a lead actor in the first film, Firestorm, which was released in 1998. He also co-starred with actor John Travolta in the mystery film Broken Arrow.

Howie Long’s most well-known films were Broken Arrow, which was released in 1996, Firestorm, which was released in 1998, and 3000 Miles to Graceland, which was released in 2001. He also works in advertisements and has appeared in several television shows and commercials. He has also promoted for national and multinational corporations such as Taco Bell, Kraft, Honda, Coca-Cola, Nike, Pepsi, and, most recently, Chevrolet and General Motors. Howie also worked as a spokesperson for Radio Shack, appearing in ads opposite actress Teri Hatcher. In 2007, he published a book named, Football For Dummies’ which is a part of Wiley Publishers’ For Dummies series.

As a former basketball player, analyst, and actor, he has earned a huge sum in his career. His net worth is estimated at around $16 million. As a football analyst at FOX NFL SUNDAY network, he earned $4 million as an annual salary. 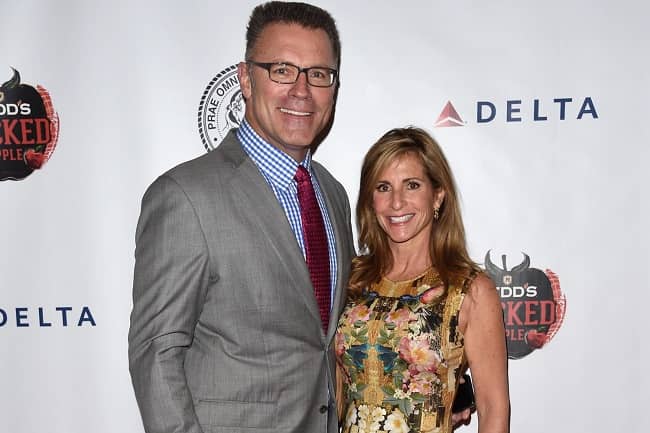 Caption: Howie Long with his wife Diane (Source: The Sun)

On 27th June 1982, he married Diane Addonizio. The couple is blessed with three sons whose names are Chris Long, Kyle Long, and Howard Long Jr. As of now, the former basketball player is not a part of rumor or controversy and is focused on his personal and professional career. 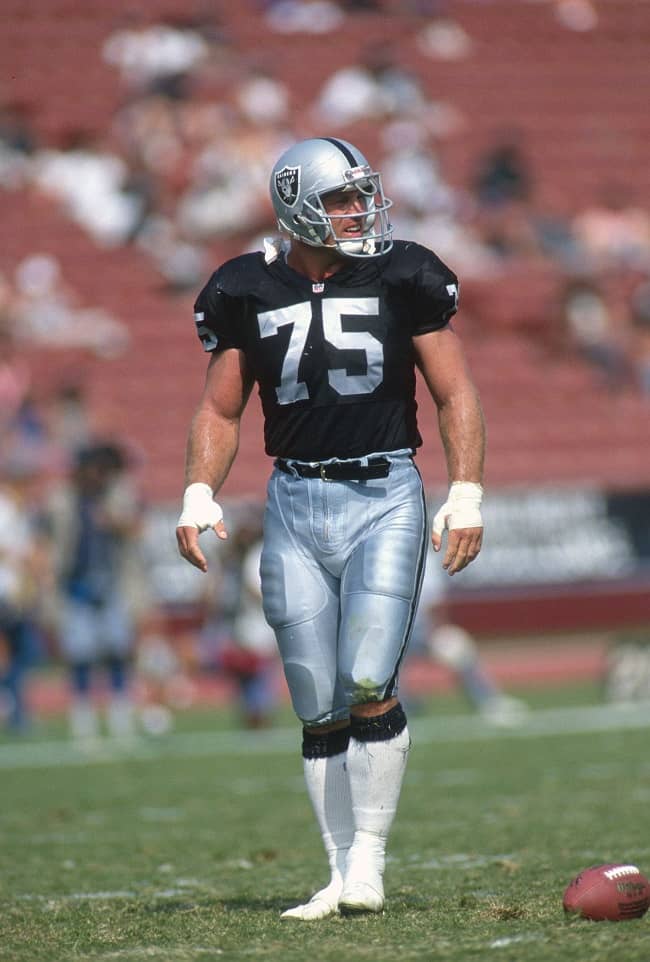 The man is 6 feet 5 inches tall and weighs around 112 kg. More he has green eyes with dark brown hair in color and has a muscular body type.