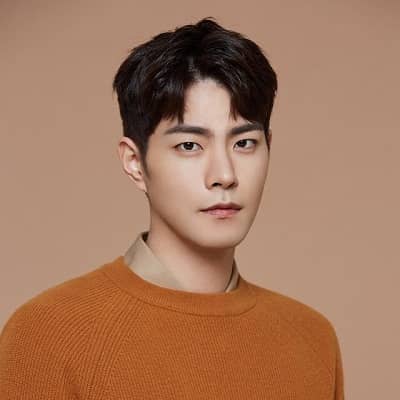 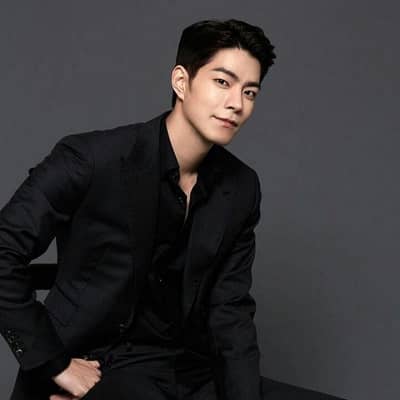 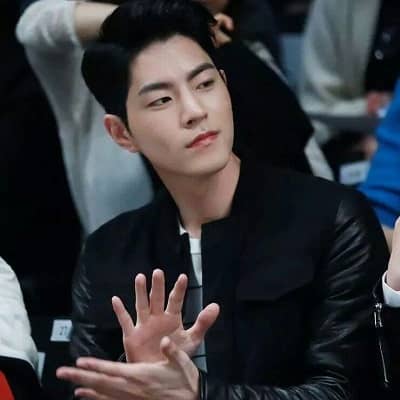 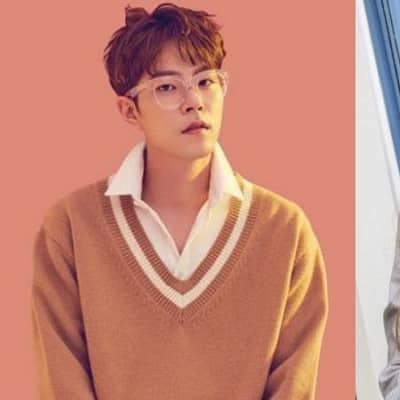 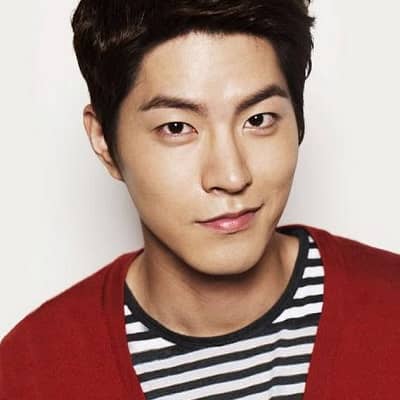 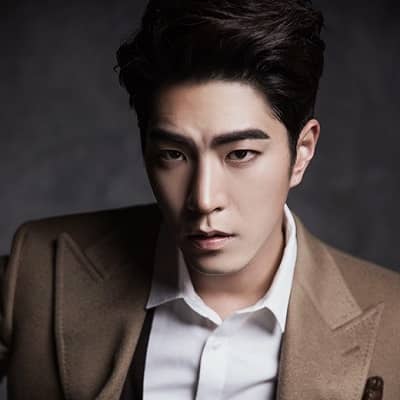 Hong Jong-hyun is a prominent South Korean actor and model. Hong Jong-hyun has been active since the year 2007. The actor/model is popular for his roles in various films and TV dramas like “Moon Lovers: Scarlet Heart Ryeo”, “Enemies In-Law”, “Oh! My Lady”, and “Dating Agency: Cyrano” among others.

Hong Jong-hyun was born on February 2, 1990, and he is currently 31 years old. He hails from Seoul, South Korea, and his zodiac sign is Aquarius. Talking about his educational journey, Jong-hyun attended Konkuk University and majored in Films and Theatre.

There is no insightful information regarding his parents, siblings, and other family details. But there is information on the web that Jong-hyun has an older sister. Moreover, his name is written in Korean as 홍종현 and in Hanja as 洪宗玄. 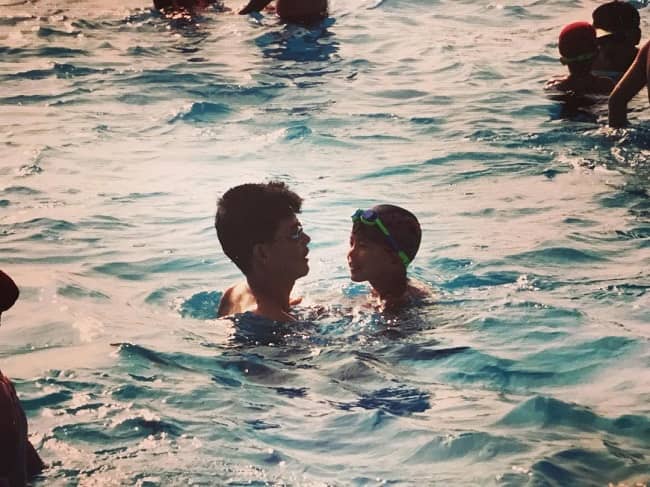 Caption: Hong Jong-hyun captured with her family in a childhood photograph. Source: Instagram

Professionally, Hong Jong-hyun is a prominent model and actor. Jong-hyun started off his entertainment career in the year 2007. It was his debut as a professional model. Moreover, Jong-hyun exhibited his runaway skills in an episode of SNSD Factory Girl. Later on, Jong-hyun also received various opportunities to work as a model for high-end brands like Calvin Klein and New Balance among others.

Further, Jong-hyun is also a member of the model crew “Model Avengers.” Other members of this crew are Kim Woo Bin, Kim Young Kwang, Lee Soo Hyuk, and Bang Sung Joon. The crew hangs out together a lot, especially at the gym.

The model loves cars and he even likes playing with toy cars. Jong-hyun also loves animals and once dreamed of becoming a vet. Moreover, Jong-hyun enjoys basketball and baseball too. Moreover, he has also received various awards for his style as well as runaway performance. 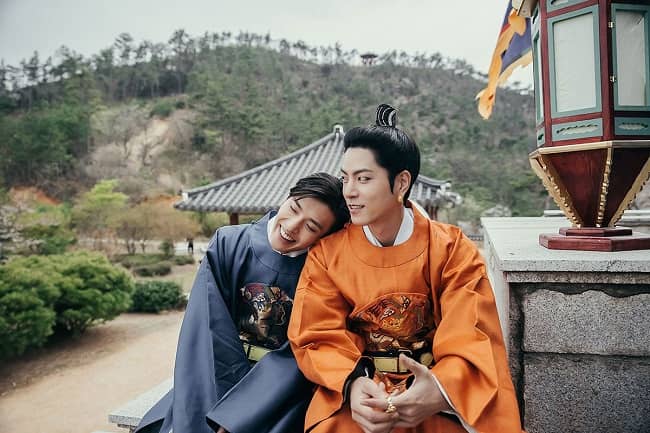 The actor has also appeared in several other films and TV series including the sitcom Vampire Idol in the year 2011, followed by supporting roles in Jeon Woo-chi in 2012, and Dating Agency: Cyrano in 2013. Moreover, Hong Jong-hyun is signed under the entertainment agency C-JeS Entertainment.

In the year 2014, he then starred in his first lead role in the cable series Her Lovely Heels. He followed this series with the melodrama Mama. The actor then joined the fourth season of the reality show We Got Married. For this, Jong-hyun paired up with Girl’s Day member Yura.

Additionally, he starred in the romantic comedy film Enemies In-Law and horror film Alice: Boy from Wonderland. Both these projects aired in the year 2015. Jong-hyun then followed these projects with a historical drama Moon Lovers: Scarlet Heart Ryeo in the year 2016. For this project, Jong-hyun shared the floor with many popular actors like Lee Joon-gi, Lee Ji-eun, Kang Ha-neul, Kim San-ho, Yoon Sun-woo, Byun Baek-hyun, Nam Joo-hyuk, and Ji Soo among many others. 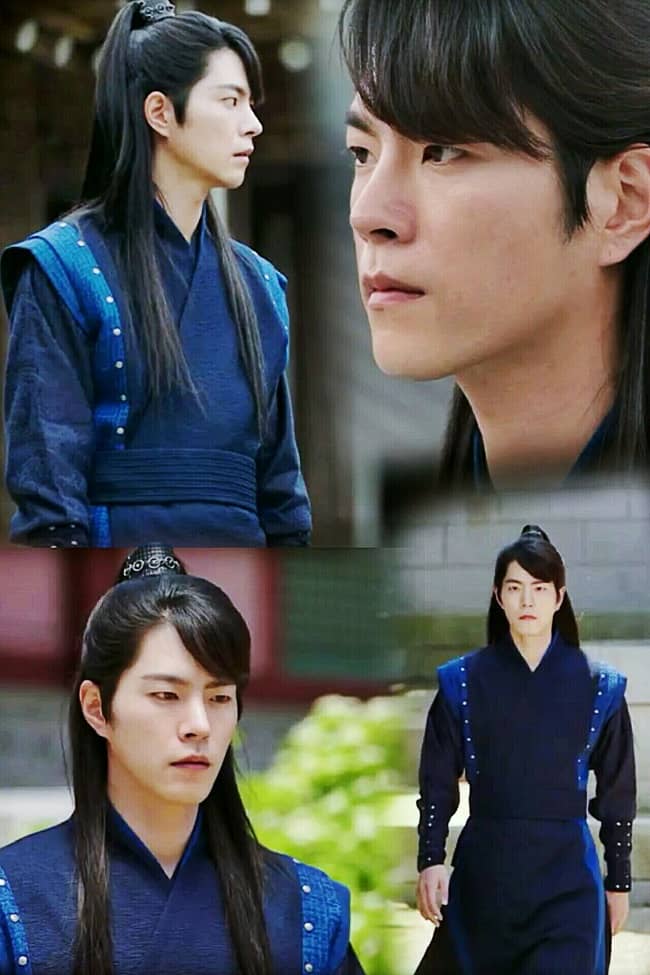 Hong Jong-hyun appearing in the TV drama ‘The King in Love’. Source: Pinterest

Similarly, in the year 2017, he co-starred in the historical Melo-romance drama Youtube. For this, he worked alongside actors Im Si-wan and Im Yoon-ah in the lead roles. Then in the year 2018, the actor starred in the romantic-comedy drama My Absolute Boyfriend. This drama is based on the Japanese manga series of the same name. The actor is also set to star in the time-loop drama film Spring, Again in the coming days.

In March 2019, he played the role of Han Tae-Joo in the weekend drama Mother of Mine. While writing this biography, Mother of Mone is the last project before his mandatory service enlistment on 2 December 2019.

Hong Jong-hyun has received several award nominations throughout his acting career. Among them all, Jong-hyun has bagged a total of 5 awards. He bagged his first award in the year 2011 at the Korea Best Dresser Swan Awards. There, he won the award for the category “Best Dressed Model”.

Jong-hyun then won the “New Star of the Year” for his performance in We Got Married at the 2014 MBC Entertainment Awards. The same year, he also bagged the award “Best New Actor” for his role in the drama Mama at the MBC Drama Awards.

Furthermore, he received all the remaining 3 awards in the year 2015. Jong-hyun won the “Best Couple Award” at the 9th Cable TV Broadcasting Awards. He received this award for his role in Her Lovely Heels and shared the award with co-star Han Seung-yeon.

Likewise, Jong-hyun bagged the awards “New Star Award” and “Popularity Award” at the 10th Asia Model Festival Awards in 2015 and the 21st Chunsa Film Awards in the year 2016 respectively. Moving on, he has a net worth estimation of approximately $1 million dollars to $5 million dollars.

There is no verified information regarding actor Hong Jong-hyun’s relationship status and love affairs. The model turned actor might be single and more focused on his acting career. Or Jong-hyun might be in a relationship but likes to keep his personal life away from the public. 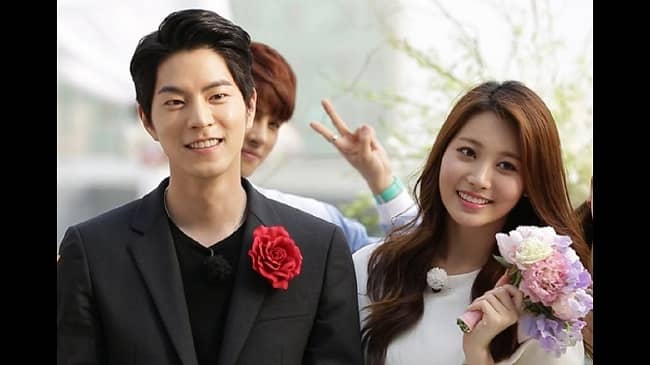 Caption: Hong Jong-hyun appearing with his onscreen partner in ‘We Got Married’. Source: Youtube

Hong Jong-hyun stands tall at a height of approximately 182 cm or 5 feet 11 inches. Likewise, his weight is around 67 kgs or 148 lbs, and his blood type is “A”. Jong-hyun’s chest-waist-biceps size is 38-32-15 inches respectively. Moreover, Jong-hyun has dark brown eyes and hair of the same color.

Talking about his social media presence, he is available on Instagram under the username @hjonghyun. While writing this biography, actor Jong-hyun has shared exactly 634 posts and earned more than 1.8 million followers on his personal account. Other than this, the actor doesn’t seem to have personal accounts on any other social media platforms like Facebook, Twitter, Youtube, Tiktok, etc.