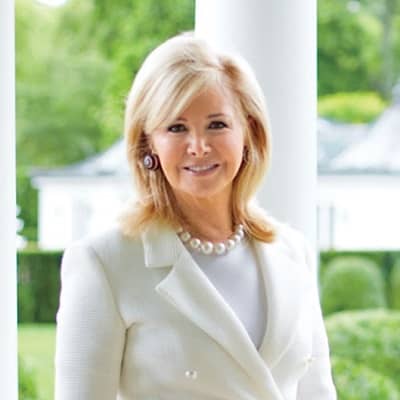 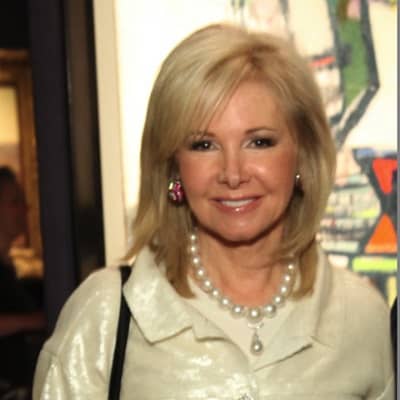 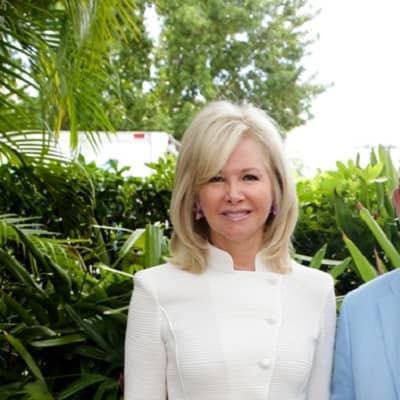 Hilary Geary is a famous American author, philanthropist, and businesswoman. Hilary Geary is also popular as the celebrity wife of the 39th United States Secretary of Commerce, Wilbur Ross.

Hilary Geary was born on July 4, 1950, and her current age is 72 years old. Her full name is Hilary Geary Ross and her zodiac sign is Cancer. Likewise, Hilary’s birthplace is New York. Talking about her family, Hilary’s parents are father J. Jeffrey Roche and mother Patricia Murray Wood.

Hilary’s father was the editor of a New York-based publication while her mother was a writer at Southampton Press. Similarly, Hilary has a sister named Robin Roche. Talking about her educational journey, Hilary graduated from Hewitt School and later attended French College in New York.

Professionally, Hilary Geary is a businesswoman, author, as well as a philanthropist. As an author, Hilary has written two books published in 2011 and 2014 respectively. Hilary’s books feature intimate portraits of high-profile residences, people in politics, finance, art, Hollywood, fashion, sports, and philanthropy.

Likewise, the author is also recognized as the celebrity spouse of Wilbur Ross since 2004. Her current husband, Wilbur Ross, was the 39th United States Secretary of Commerce from February 28, 2017, to January 20, 2021. 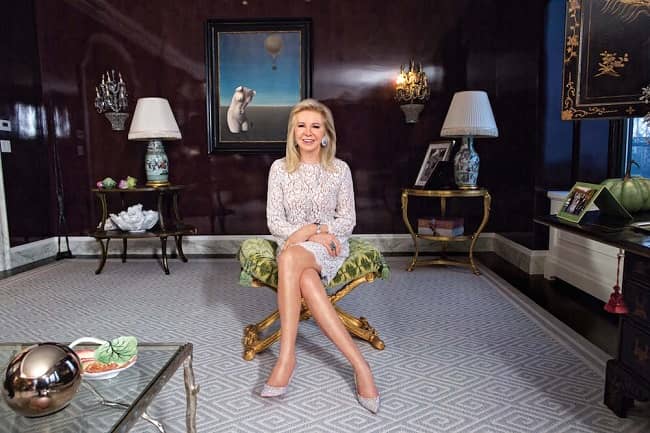 Hilary knew the majority of her book’s subjects personally. Some of Hilary’s favorite photographs in the books include one of actor Hugh Jackman, Dr. Oz., Evelyn – and – Leonard Lauder, the architect Peter Marino, President Donald Trump – and – the First Lady Melania Trump.

Moreover, the proceeds from the sales of these books are donated to The Preservation Foundation of Palm Beach. Furthermore, Hilary is also the Society Editor for Quest magazine. She also wrote a Palm Beach column for New York Social Diary. This column features her own photographs.

Additionally, Hilary’s feature stories have also included coverage of art exhibits like Recapturing the Real West+ The Collections of William I. Koch. The author also wrote a monthly column for Quest called Appearance column for 17 years. 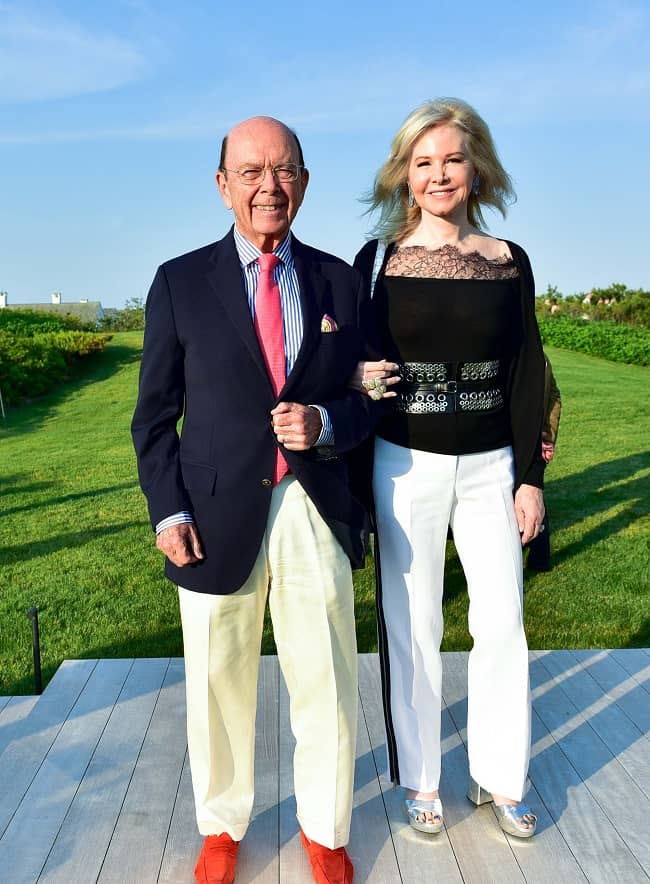 Likewise, Geary was instrumental in uniting the organization’s men’s and women’s board of The Boys Club. The philanthropist was also on the board of the Women’s Committee of Central Park Conservancy. There, Hilary served as President from 1994 to 1995.

Although she is not the president anymore, Hilary continues to sit on the Honorary Board as well as attend the Women’s Committee of Central Park Conservancy’s annual Frederick Law Olmsted Awards Luncheon. Moreover, the philanthropist was also on the board of the Palm Beach Preservation Foundation since 2005. Hilary was also the Chairman of the Foundation’s annual dance twice. 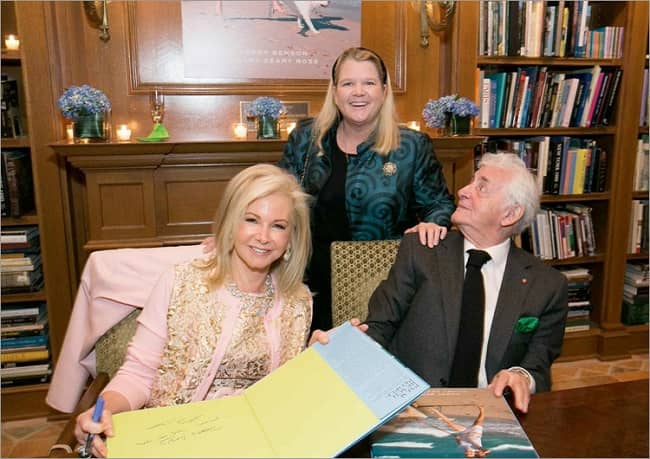 Moreover, Hilary Geary sits on the Trustees’ Council of the National Gallery of Art in Washington D.C. She is also on the Board of the Ford Theater. Moreover, Hilary was previously on the board of the Magritte Museum in Belgium. Since 2007, the philanthropist has been the President of the Blenheim Palace Foundation, USA.

The aforementioned Foundation helps with the restoration and preservation of Blenheim Palace in Woodstock, England. This is the birthplace of Winston Churchill. Furthermore, Hilary and her husband Wilbur won The Preservation Foundation of Palm Beach’s Ballinger Award in the year 2004. They received this award for the renovation of their 1939 Georgian Revival manor Windsong.

The couple also won The Preservation Foundation of Palm Beach’s Elizabeth L. and John H. Schuler Award in the year 2010. This was for the guesthouse the couple built on the property next door with the architect Thomas Kirchhoff and interior designer Mario Buatta.

Moving on, Hilary has a net worth estimation of approximately $155 million US dollars. Moreover, the popular personality doesn’t seem to be involved in brand endorsement activities. However, she will surely be working as a brand ambassador for top brands in the coming days.

Hilary Geary has been married thrice. Her current husband is Wilbur Ross since their wedding on October 9, 2004. Talking about Hilary’s previous relationships, Hilary’s 1st husband was John W. Geary II. John passed away in 1995.

Likewise, Hilary’s 2nd husband was Peter Green. Peter is a British investment banker. After her divorce from Peter, Hilary married Wilbur in 2004. Wilbur is an industrialist and financier. Her current husband served as the United States Secretary of Commerce under President Donald Trump. 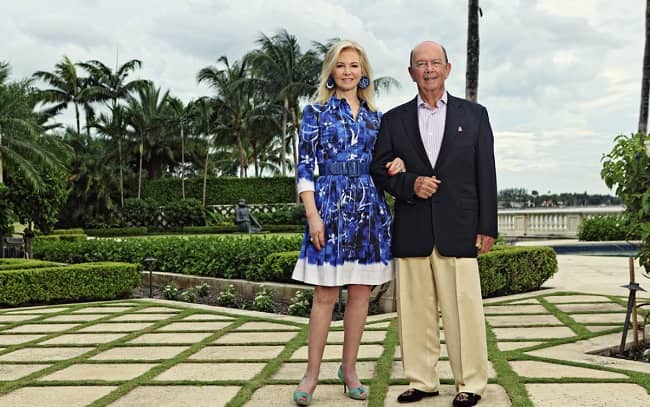 Hilary Geary stands tall at an approximate height of 5 feet 5 inches and her weight is around 57 kgs. Likewise, Hilary has blue eyes and blonde hair color.