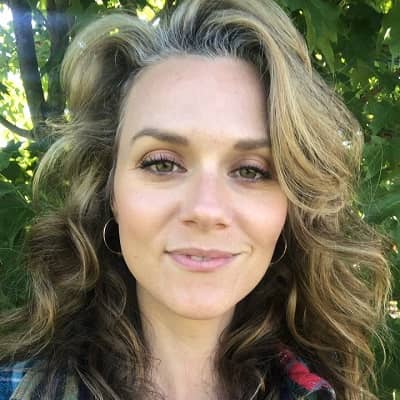 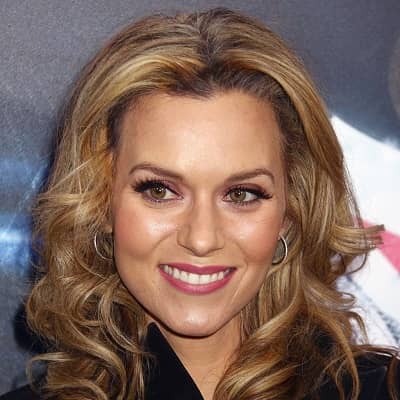 Hilarie Burton Morgan whose birth name is Hilarie Ros Burton was born on 1st July 1982 and is currently 38 years old. Being born in early June, her zodiac sign is Cancer. Likewise, she was born in Sterling, Virginia, United States of America. She holds American citizenship.

Talking about her ethnicity and religion, Hilarie belongs to the Caucasian ethnic group and follows Christianity. About her family members and siblings, she is the only daughter of US Army Veteran Bill Burton and Real estate Agent Lisa Burton. Similarly, she has three brothers who are, Billy, Conrad, and Johnny.

Furthermore, talking about her educational background, Hilarie completed high school in 2000 from Park View High School. in her sophomore year, she was student council treasurer. Likewise, she is a graduate of New York University. Hilarie also attended Fordham University at Lincoln Center.

Hilarie moved to New York to follow her acting dreams. She landed on MTV’s Total Request Live as a VJ in 2000. The same year MTV asked her to present at the MTV Video Music Awards and MTV’s Iced Out New Year’s Eve. Burton marked the beginning of her acting career in 2002 as a VJ in the drama series Dawson’s Creek. She played in its season 5 episode 100 Light Years from Home.

Likewise, she played the role of high school teenager Peyton Sawyer in the television series One Tree Hill. Its pilot episode was in 2003. This series went on to be the network’s top-rated program of the year. Hilarie is best known for this series which helped her gain popularity. She was also featured on the cover of People, Maxim, and American Cheerleader. Likewise, she earned three Teen Choice Award nominations. However, her last appearance was in its sixth season, Remember Me as a Time of Day. She left the show due to salary issues.

Burton made her movie debut in an independent coming-of-age drama film Our Very Own in June 2005. Her character in the movie was Bobbie. She was cast alongside Cheryl Hines and Allison Janney. Likewise, Hilarie and her co-stars received the Outstanding Ensemble Acting Award at the Sarasota Film Festival. In April 2007, she starred in the movie The List along with Chuck Carrington and Malcolm McDowell. Likewise, the same year, she played the role of Ryan in the teen drama film Norman Adolescent Behavior.

Similarly, in 2008, she co-starred in a horror movie Solstice alongside Amanda Seyfried and Shawn Ashmore. Followed by this, in October, Burton was cast as Deborah Owens in the movie The Secret Life of Bees alongside Jennifer Hudson, Queen Latifah, and Dakota Fanning. The same year, she also played a small role of a lesbian college student in the comedy series Little Britain USA. 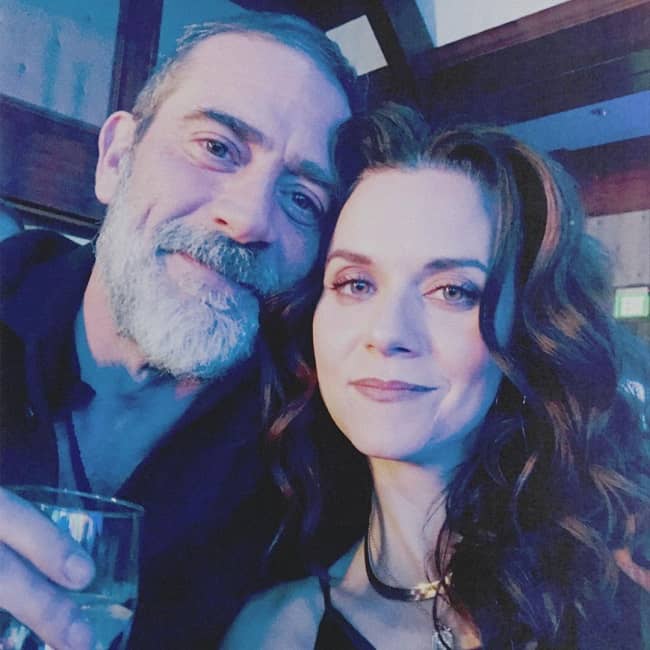 More on her Career

She appeared in the movie The True Love Tale of Boyfriend along with One Tree Hill co-star Austin Nichols in December 2009. Likewise in 2010, she played a role as Hazel in the drama-romance movie Blood worth which is based on the novel Provinces of Night. The film was premiered at the Santa Barbara International Film festival. Burton has a recurring role in the drama series White Collar. She made a debut in its episode Unfinished business in August 2010. Her last episode was in the episode In the Wind in March 2013.

In January 2012, Burton made a guest appearance on ABC’s popular series Castle in the episode An Embarrassment of Bitches. Later, she played a recurring role in ABC’s medical drama Grey’s Anatomy in 2013. The same year, she played the role of Samantha in the TV series Hostages. Again in 2013, Hilarie played in a TV movie Christmas on the Bayou as Katherine. In 2014, she had a role in the movie Black Eyed Dog. Similarly, in 2015, Hilarie played the lead role of Josie Mayfield in the movie Surprised by Love. She had a recurring role of Anna Schaefer in the CBS sci-fi Extant. The same year, she also played the role of Annie in the movie Last Chance for Christmas.

On 5th May 2020, Hilarie released her debut book The Rural diaries: Love, Livestock, and Big Life Lessons Down on Mischief Farm. 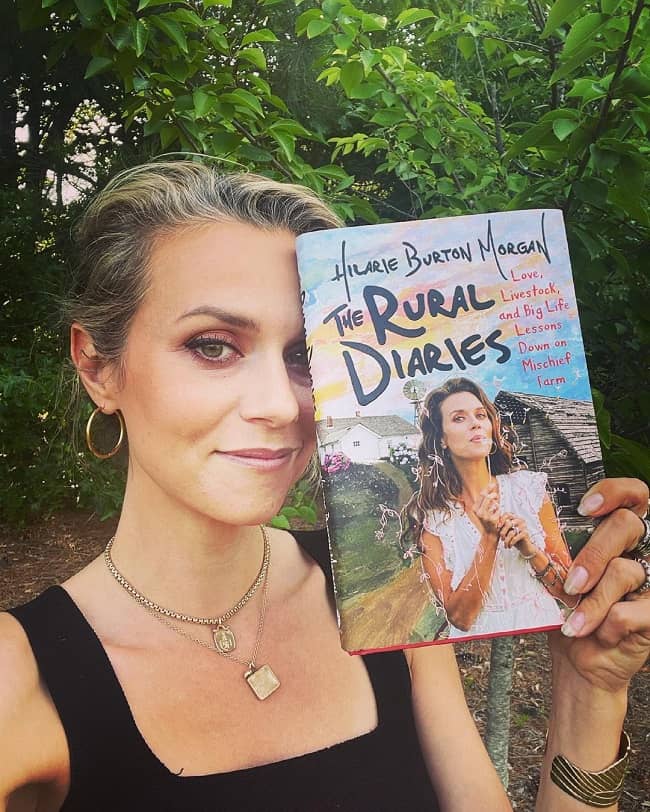 Caption: Picture of Hilarie with her debut book. Source: Instagram

Regarding her net worth and earnings, Hilarie is an actor and producer who has been making an impressive amount of earnings from her career. Likewise, she has an estimated net worth of around $6 million.

Regarding her relationship status, Hilarie is straight and in a marital relationship with long time boyfriend Jeffery Dean Morgan. Morgan is an actor and producer of film and television. The couple was together since 2009 however got married on 5th October 2019. The couple welcomed their first child in 2010 and named Augustus Morgan. Likewise, on 16th February 2018, they gave birth to George Virginia Morgan. 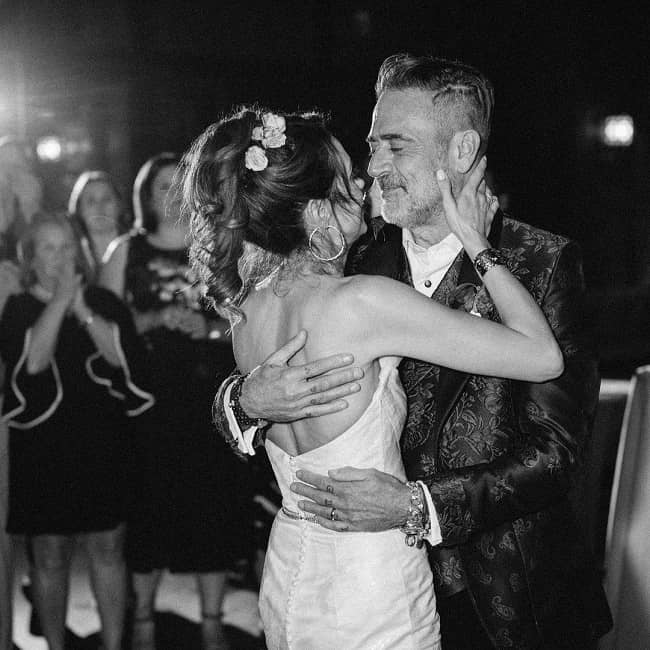 Before this, Hilarie was married to the One Tree Hill director, Ian Prange in 2004. However, they divorced in 2009.

This gorgeous lady stands 5 feet 7 inches (67 inches) tall and weighs 60 kg (132lbs). Regarding the body measurements, her vital stats are 33-26-34. Burton wears a dress size of 2 and a shoe size of 6.5(UK). Talking about her physical appearance, she has a pretty green pair of eyes and dark brown hair.