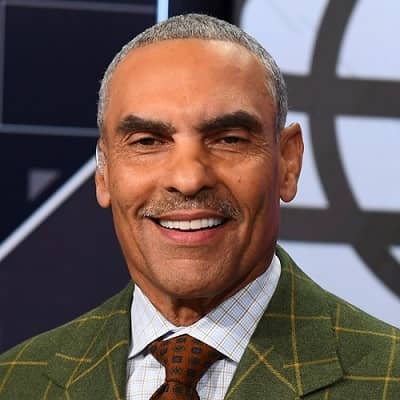 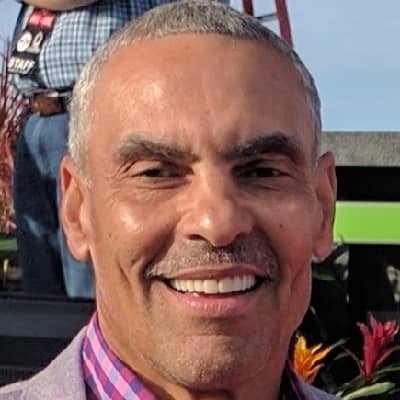 Herm Edwards was born Herman Edwards Jr. on 27th April 1954. He stepped into this world in Fort Monmouth, New Jersey, United States. By this, he is currently 67 years old and American by nationality. Similarly, being born on 27th April, his birth sign is Taurus while he follows Christianity.

Moving on towards his family members, he was born to his father Herman Edwards Sr., and his mother Martha. Edwards Sr. is an American World War II veteran while his mother is a German. Edwards grew up in Seaside. Similarly, he also has a sister named Irvina Perez.

In terms of his education, he attended Monterey High School. Similarly, he attended the University of California in 1972 and 1974, Monterey Peninsula Junior College in 1973, and San Diego State University (SDSU) in 1975 for his senior year. He earned a bachelor’s degree in criminal justice from SDSU.

From 1977 until 1985, Edwards was a member of the Philadelphia Eagles of the National Football League, where he won a Super Bowl with the team in Super Bowl XV. His 33 career interceptions are one shy of the franchise’s all-time high. The pinnacle of Edwards’ playing career came in the dying seconds of a game against the New York Giants at the Meadowlands on November 19, 1978, in the twelfth game of his career.

Edwards was named as head coach of the New York Jets on January 28, 2001, despite having never before held a head coaching or coordinator role. Edwards coached the Jets to a 39–41 regular-season record, including a 5–15 slump in his last twenty regular-season games, and a 2–3 postseason record in his five years as head coach. On September 10, Edwards made his regular-season coaching debut with the Chiefs, losing 23–10 at home against the Cincinnati Bengals.

His first victory with the Chiefs came in the third game of the season, a 41–0 shutout against the San Francisco 49ers on October 1. There would be many highs and lows throughout the 2006 season. Trent Green, the starting quarterback, had a significant concussion in the season’s opening game. The Chiefs were beaten 23–8 by the Indianapolis Colts on January 6, 2007. 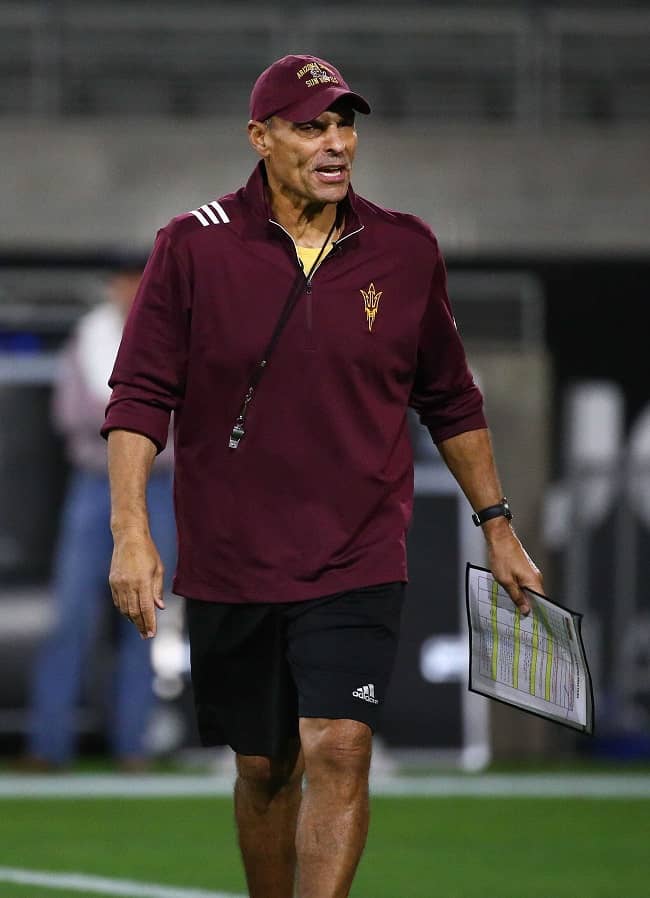 Edwards joined the network’s NFL Live program as an analyst in 2009. Similarly, he was appointed the head coach of the Arizona State football team on December 3, 2017. Edwards’ first win at Arizona State came against UTSA on September 1, 2018. On September 8, 2018, he defeated the 15th-ranked Michigan State Spartans for his first win over a ranked opponent.

His first season at Arizona State ended with a 7–6 record. Edwards started the 2019 season by naming true freshman Jayden Daniels as the Sun Devils’ quarterback. Arizona State would open the season with a perfect record, including Edwards’ second straight victory over a ranked Michigan State Spartans squad. With a Sun Bowl victory over the Florida State Seminoles, the squad ended 8–5.

Being a former player and a professional football coach, he has made a huge amount of money. As of the online sources, he currently has an approximate net worth of $10 million US dollars.

Herm Edwards is blissfully married to Lia Edwards, his long-term lover. In the year 1994, they met on an aircraft for the first time. Herm was an assistant coach with the Chiefs at the time, and his wife worked in sports management for the NCAA. The pair dated for several years before marrying in an intimate ceremony in the year 2000 in front of their closest friends and family members.

He is the father of three children. From his wife Lia, he has two daughters called Vivian Lee and Gabrielle, as well as a son. Marcus is his son from a prior relationship, however, there is little information about his other relationships. 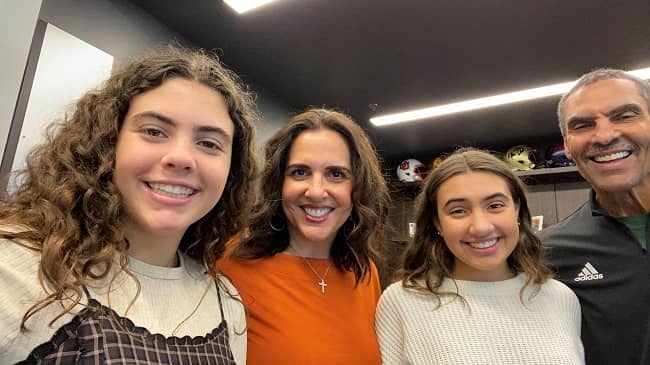 Enhancing his body measurements, he is 6 feet or 1.82 meters tall and weighs around 88 kg or 194 pounds. Similarly, he has short black and white hair with a pair of dark brown eyes. Other than this, details about his other physical statistics are missing.