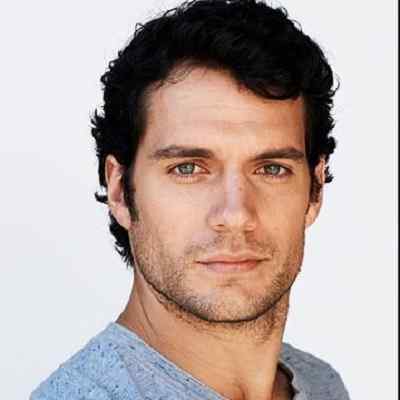 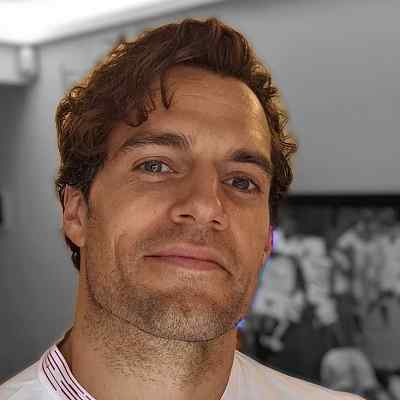 Henry Cavill is a British actor popular as a ‘Superman’. Henry Cavill is well-known for his physique, charity works, and his roles like ‘Napolean Solo’ in ‘The Man from U.N.C.L.E’ and ‘John Lark’ in ‘Mission: Impossible-Fallout’.

Henry Cavill’s birth name is Henry Wiliam Dalgliesh Cavill. He was born on May 5, 1983, in Saint Helier, Jersey.  of the Channel Islands. Furthermore, 39 years old, he was born in a British Crown dependency in the Channel Islands in England. Talking about his parents, his mother, Marianne Dalgliesh is a housewife, while his father Richard Cavill was a stockbroker. His mother belonged tofIrish, Scottish, and English descent, whereas his father is of English origin.

Cavill is British by nationality and belonged to a mixed(English, Irish, and Scottish) ethnicity. He was born with the astronomical sign of Taurus. He has four siblings. Among five brothers, Piers Cavill, Simon, Charlie, and Niki Richard Cavill, he is the second youngest. 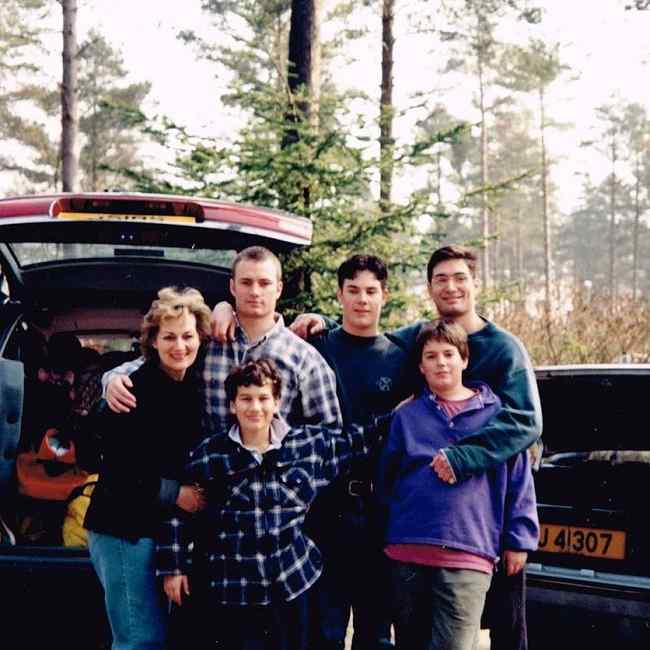 Talking about his childhood, he was bullied for his overweight body. His classmates used to call him, ‘Fat Cavill’. He wholly blames potato chips for his overweight body and calls himself ‘a chubby kid’.  Since he was very young he was fond of acting and also took part in school drama renditions of ‘Grease’ and ‘A Midsummer Night’s Dream’. Also, his family has a strong connection with the military as his father was a stockbroker. He wanted to join military service for serving his country and acting as a career was not a top of his career choice.

About their interests of his, he has a keen interest in ancient history. Specifically, he has an earnest desire to learn the history of Egypt, Greece, and Ancient Rome. Russell Crowe is his favorite actor with whom he has shared his on-screen journey in the movie, ‘Man of Steel’ as his father. Moreover, he can speak French, German, Italian, and English fluently.

Regarding his educational background, he got a private education form ‘St. Michael’s Preparatory School’. Later, he attended ‘Stowe School’, it is a boarding school based in Buckinghamshire, England. During his school days, Stowe School, he joined in the Combined Cadet Force(CCF). He was into sports, specifically into Rugby, but because of his injury, he needed to give up on sports.

While talking about his education in Stowe, he was ambivalent. He used to feel happy to get out of home, but at the same time, he used to feel homesick. He remembered calling his mom four times a day and every three weeks he would get to go home.

Henry has been brought up with his four brothers. All of them were keen on fitness and sports activities so the competition between the brothers was pretty tough. But none of them took acting as a career than he. He landed the role of ‘Albert Mondego’ in ‘The Count of Monte Cristo’ when he was discovered in the school play. Thus, it can be said that his career began in the late teens, 17.

Furthermore, before this, he was cast as ‘Thomas Aprea’ in 2001 in ‘Laguna’. He has been active sfrom2001 to the present. During this period he has played various starring roles in movies like ‘I Capture the Castle’, ‘Hellraiser: HHellworld, and Red Riding Hood’ to name a few in the early 2000s.

Before landing the lead role of Clark Kent aka Superman  ‘MIn man of Steel’, he was cast in various movies like ‘Stardust’, ‘Whatever Works’, ‘BAnd bloodCreek’ to name a few. Cavill also portrayed the role of “Superman” in Batman v Superman: Dawn of Justice and ‘Justice League. Among these, ‘Batman v Superman: Dawn of Justice’ is the movie that has the highest grossed date in their acting career of his.

Moreover, adding his major roles, he was cast as ‘Napolean Solo’ in ‘The Man from U.N.C.L.E’ and ‘John Lark’ in ‘Mission: Impossible-Fallout’. Recently, in the year 2020, he got the role of ‘Sherlock HHolmesin Enola Holmes directed by Harry Bradbeer. 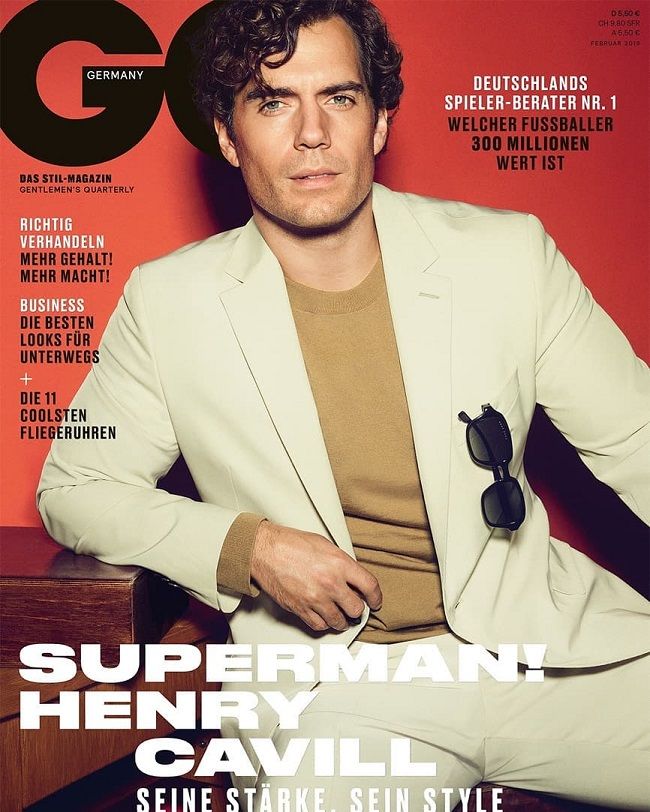 Similarly, he got a breakthrough when he played the role of ‘Charles Brandon’, the Duke of Suffolk in ‘The Tudors’. His fans and followers highly accoladed him after ‘The Tudors’. Talking about his appearance on Television, he is currently playing the role of ‘Geralt of Rivia’ in the returning series, ‘The Witcher’ along with other star casts like Freya Allan and  Anya Chalotra.

He was cast as Simon Mayfield in a single episode: “The Green Man” of ‘Midsomer Murders’. Likewise, another Tv series where he was seen in only one episode is ‘The Inspector Lynley Mysteries’ as a Chas Quilter. Goodbye, Mr.Chips is his Television film where he played the role of Soldier Colley. He starred as Ryan Enright in ‘Squadron 42’.

He has struggled enough to land the roles he wished for. During his career, he has lost a few roles for which he doesn’t feel way too bad. He lost the role of ‘Edward Cullen’ to Robert Pattinson as Cavill was too old for the character. Later, again because of his age he lost another famous character, James Bond, to Daniel Craig. For the role of James Bond, he was too young for the character.

Henry has been nominated for numerous titles in the Award ceremony. He won the title of Best Hero at the MTV Movie Awards in the year 2014. Similarly, ‘Worst Screen Combo(shared with Ben Affleck) was the award he named for himself at Golden Raspberry Awards in 2017.

He has been active from 2001 to the present. He has done TV series, movies, and videos. With all his hard work and talents, he has accumulated a decent amount of money. His net worth is estimated to be $30 million as of now.

Besides his amazing acting skills, Henry is famous for his charity works as well. He is an ambassador for, ‘The Royal Marines Charity. Also, Cavill is a spokesman for the Durrell Wildlife Conservation Trust. He launched the running phase of the ‘Royal Marines 1664 Challenge.

Furthermore, he has taken part in several events like ‘The Gibraltar Rock Run 2014’, and’Ice Bucker Challenge’ being a supporter of the ‘ALS Association’. In this challenge, he had soaked himself with six large buckets of water while wearing his full Superman costume.

Talking about his past relationships, he got engaged to EllenWhitaker in 2011. The couple didn’t exchange vows and the engagement just broke up. Henry started dating Gina Carano in August 2012. However, the relationship couldn’t be sustained. Kaley Cuoco is his next girlfriend with whom he was involved just for a couple of weeks. Eventually, he started dating Tara King, but the duo parted ways in 2016.

Dashing is unmarried and single. He is best enjoying his single life and is still busy with his work until now. Whoever he gets married to will be the luckiest girl ever.

Handsome Henry stands tall with a height of 6 feet and 1 inch and weighs 92 kg. He has a six-pack muscular body with an athletic build. His chest size is recorded at 49 inches while his waist size is 32 inches. Moreover, Cavill has a biceps of 16 inches. Stylish he has Blue eyes and Dark Brown hair. 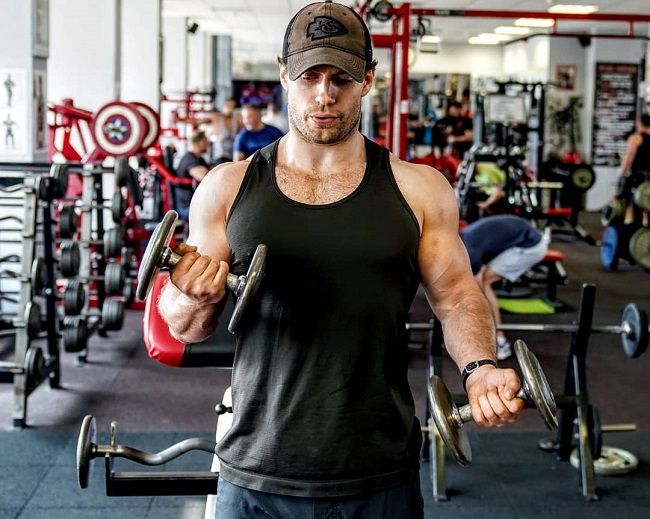 Caption: Henry Cavill working out at the gym (Source: Instagram)