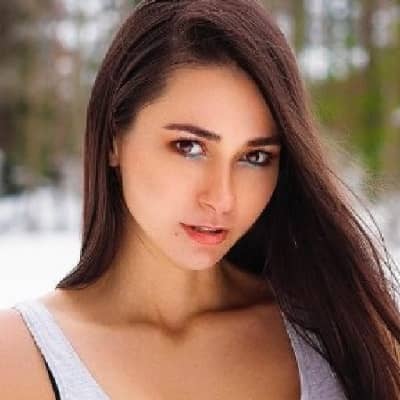 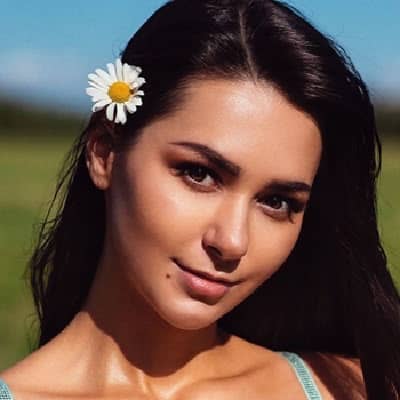 Helga Lovekaty is a Russian fitness model, an actress, Instagram Star, and social media sensation. Helga Lovekaty has been associated with an elite Russian Modeling Agency, the Marvin model. Also, she has gathered stardom from the movie Hardcore Henry.

Helga Lovekaty’s real name is Olga Korobitsyna. She was born on April 7, 1992, in Russia city of Khabarovsk and is 28 years old. Her birth sign is Aries and she holds Russian nationality. She also has a younger sister named Daria Korobitsyna. She later moved to Saint Petersburg to pursue her career.

Moreover, she also has a pet dog and frequently posts pictures and videos of them on her Instagram. There is no information regarding her early life, parents, and educational background. For now, she has marinated secrecy about her private life. 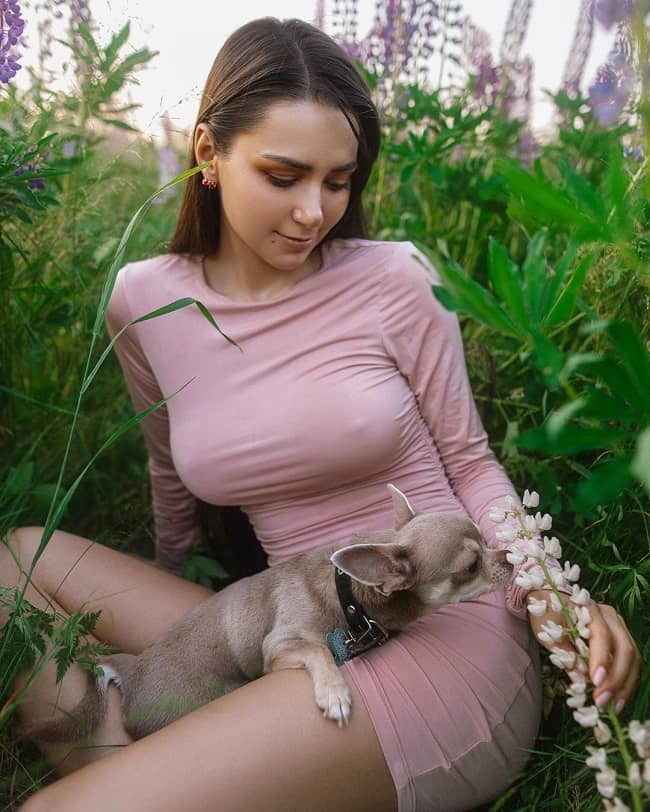 Helga started her modeling career by posting a picture on September 2, 2013. However, she much exposer when she met Russian Entrepreneur, Pavel Durov. Pavel invited her to one of his parties in 2013. There, Pavel and Russian Photographer, Aleksandr Mavrin, partnered up and promoted emerging model all over the internet, which gained massive popularity.

Similarly, she has been working for modeling agencies such as Marvin Model and several other magazines. In addition, she is also the brand ambassador of German brand Philip Plein, Plein Sport, and Billionaire Couture. Apart from modeling, she is also an actress. She made her debut in Hardcore Henry in 2015 with the role of an angry prostitute.

She has not received any awards or nominations. However, she has won the hearts of thousands of her fans through her modeling. She earns a fair amount of money from her modeling career and from her social media accounts. Her estimated net worth is $350k USD but her actual salary has not been revealed. She has been living a comfortable life from her income.

Helga is in a romantic relationship with James Rodriguez. James Rodriguez is a Colombian footballer serving as an attacking midfielder/winger for Bayern Munich. The couple found love when she met James through Portugal football star, Cristiano Ronaldo in 2017. Since then the couple has been in a happy relationship. Moreover, she has also arrived at FIFA World Cup 2018 in Russia to support James on World Cup matches. There is no information about her past relationships, ex-boyfriends, and past affairs.

James had a wife named Daniela Opsina, who he married when she was 18. She is a former professional volleyball star as well as a model just like Helga. They divorced in July 2017 and the rumors say that James was actually having an affair with her at that time. While others say how the two of them were introduced by Cristiano Ronaldo after James was already separated. Also, James and Daniela have a daughter named Salome.

They are trying their best to have a healthy relationship because they want their daughter to have both parents and lead a normal life. Cristiano Ronaldo was given the title of the “best wingman ever” by his fans after arranging for her and James to meet each other. Some of the fans do, however, believe that Ronaldo is to blame for the collapse of James’s and Daniela’s marriage.

Helga has beautiful dark brown hair and dark brown eyes. She stands at a height of 5ft 9inc (175 cm) and she weighs about 55 kg. Being a model, she maintains her body very well and her body measurements are 35-24-34 inches. She is very active on her social media accounts as she keeps on updating her fans about her lifestyle. 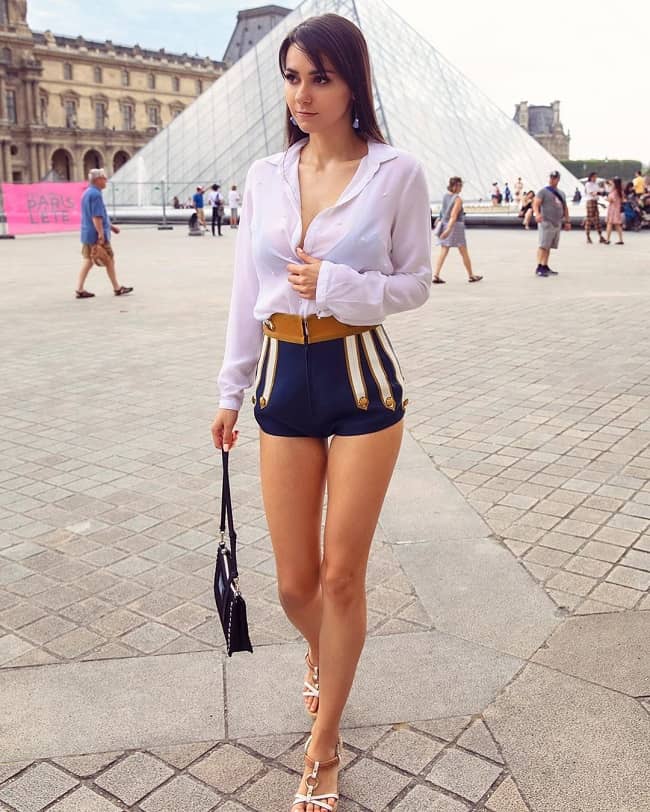