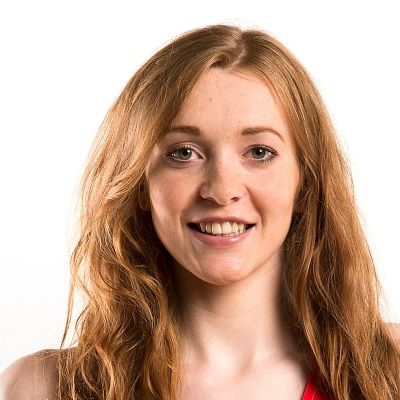 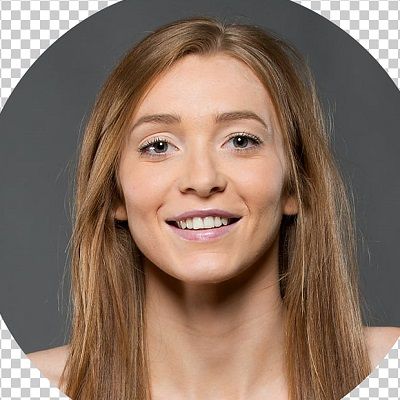 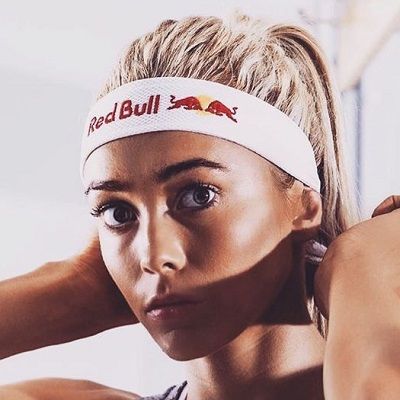 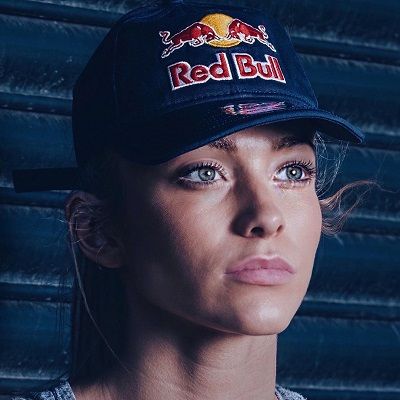 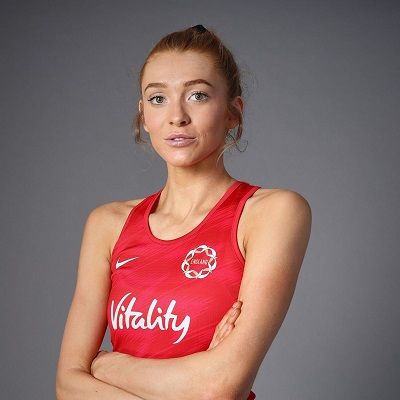 Helen Housby is a professional Netball Player who plays for New South Wales Swifts in Suncorp Super Netball League. Helen Housby used to play for the Super League side Manchester Thunder from 2013 to 2016. Likewise, she also represented England in the 2019 Netball World Cup.

Helen Housby, aged 25 years old, is a professional Netball player, born on 19 January 1995, in Carlisle, Cumbria, England. The web nor the media have any information about her family. She is a British citizen belonging to white ethnicity. Likewise, there is no information about her childhood life. 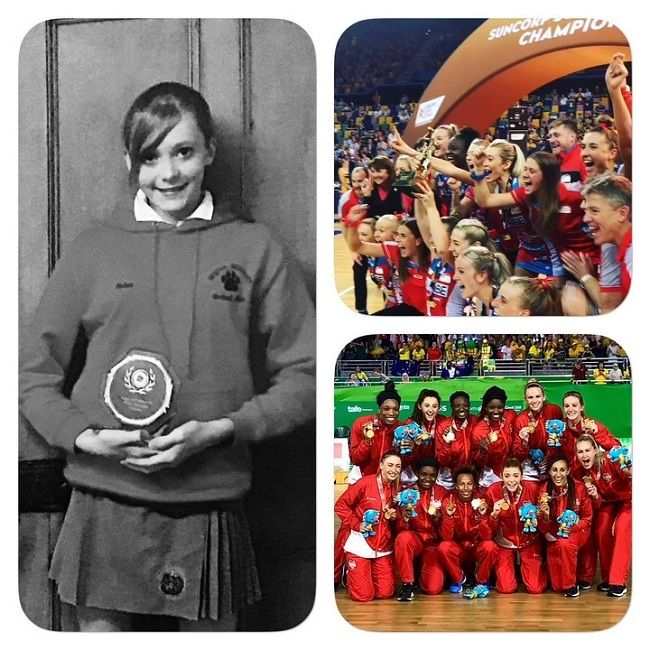 Coming to her educational background, she holds a zoology degree obtained from the University of Manchester. Housby did her schooling in the Nelson Thomlinson School.

Helen Housby made her name in the netball career in the Superleague with Manchester Thunder. She played for the Manchester Thunder for three years (from 2013 till 2016) and helped the team win the 2014 Superleague Grand-Final against rivals Surrey Storm. Housby then signed for the New South Wales Swifts made her debut in the Round 1 game against Giants Netball. 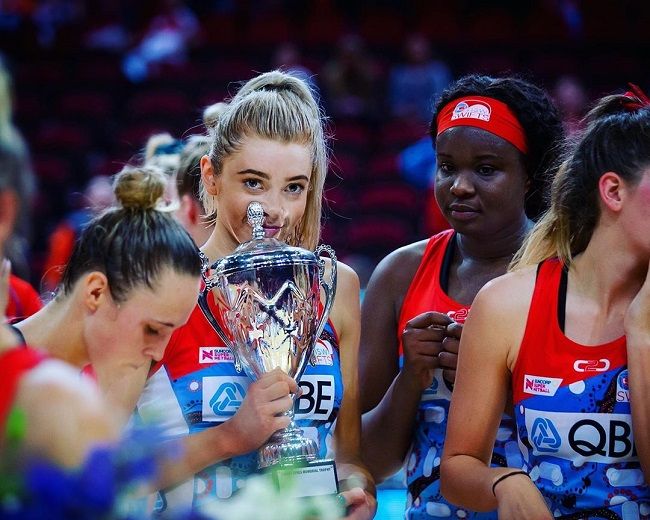 Caption: Helen Housby photographed at her team’s winning game with a trophy in June 2019. Source: Instagram

Caption; she (1st-row, middle) and her team (Source: NSW Instagram)Her talent and passion in the Netball got her into England’s national team. Likewise, she represented the Netball national team of England that played at the 2014 Commonwealth Games and 2015 Netball World Cup. Moreover, she also represented England in the 2019 Netball world cup. Additionally, she played alongside Jade Clarke in the 2015 Netball World Cup as members of the English national team.

Moreover, she was a key member of the England netball team that won the gold medal match against Australia. The team won it at the 2018 Commonwealth Games in Gold Coast, Australia. Additionally, she scored in the final second of the game to give victory to England by one point. Also, the England team had beaten Jamaica in the semi-final match by a single point, also from a last-minute goal. At that time, Jamaica had narrowly defeated England in Glasgow 2014 to take the bronze medal.

Furthermore, by the time she was selected in the final 12-player squad for England’s 2019 Netball World Cup campaign, she already had 58 caps to her name.

At the 2018 Commonwealth Games, she scored in the final second of the game leading England toward victory by one point for which she won a gold medal in the match against Australia in the Gold Coast. Likewise, she had 58 caps to her name by the time she was selected for England’s 2019 Netball World Cup team.

She has been playing Netball since long ago and has gathered a massive net worth of over $1 million. She is also believed that her current club pays her $40,000 as a salary.

Looking into Helen’s relationship status, she has not yet been married. However, the media has no reports or information about her dating life.  So far, she has maintained her life low profiled.

Despite her romantic relationship, she has opened up her relationship with friends through social media. Moreover, she is spotted enjoying her vacations traveling around the globe with her friends.

She is also popular as the sexiest Netball player. She has long slender legs, curvy body. Specifically, she stands 6 feet tall in height and weighs around 69 kg. 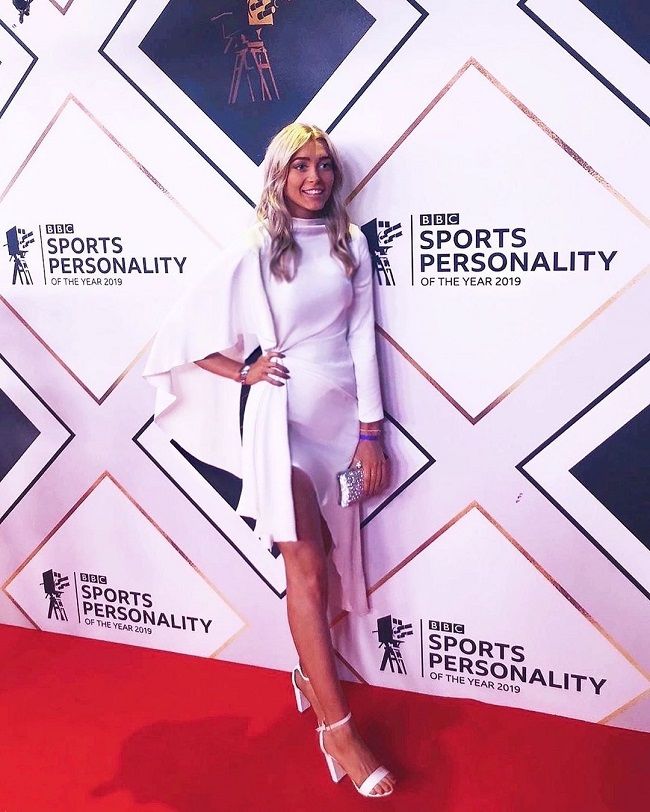 Helen is active on social media with an enormous number of followers where she interacts with fans. Furthermore, she regularly updates her profile with her daily life activities.