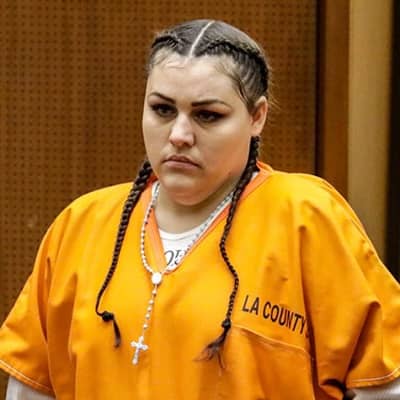 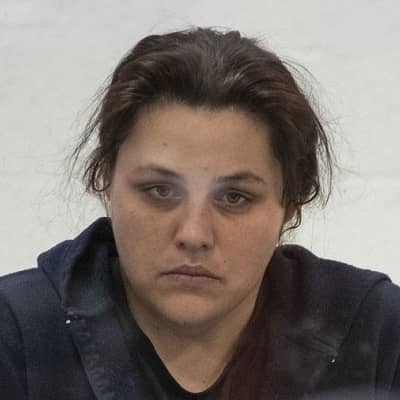 Heather Barron is an American criminal. Heather Barron and her live-in boyfriend were charged with 1st-degree murder and a few counts of torture and child abuse after her son – Anthony Avalos’s death.

Heather Barron’s exact date of birth is not available. Nevertheless, a news report published on 7 May 2021 mentions that she is 31 years old. Hence, we can assume that she might have been born in the year 1990.

There is also no information regarding this personality’s personal details like her parents’ and siblings’ identities, zodiac signs, educational journey, qualifications, etc. She has a brother named David Barron.

At the time of arrest, Heather Barron was in a relationship with her live-in boyfriend Kareem Leiva.

She has a total of three kids including her late son Anthony. Besides Anthony, she has another son and a daughter with Kareem.

Anthony is her son with her previous lover who currently lives in Mexico. Her other children’s identities are not revealed but they testified against their own parents. Her daughter is 11 years old whereas her other son is 10 years old as of 2021. 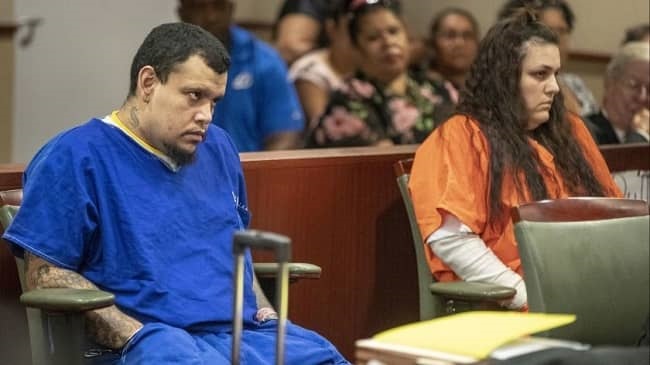 Caption: Heather Barron and Kareem Leiva were being tried in court for their murder and torture charges. Source: Los Angeles Times

Heather Barron is a criminal who is charged with first-degree murder with a special circumstance of torture.

This charge is for her involvement in the torture and murder of her own then 10 years old son named Anthony Avalos.

The deputies and paramedics found Anthony unresponsive inside the family’s apartment. The authorities were told that the late child had suffered injuries from a fall. 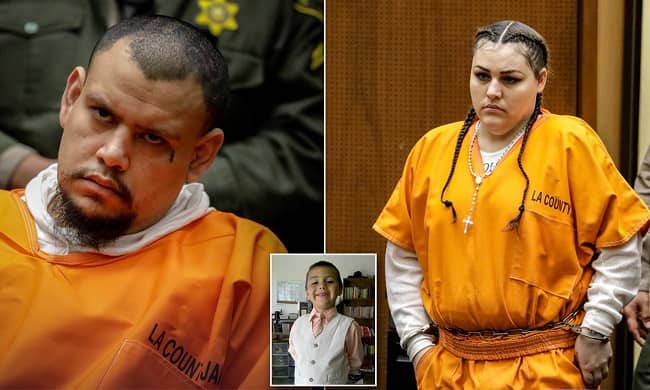 Caption: Heather Barron and her boyfriend Kareem were the culprits behind her son Anthony Avalos’s death. Source: Daily Mail

Along with the murder charge, the two criminals of this high-profile case face two counts of child abuse that involve their two other children.

Her live-in boyfriend also faces another allegation that he personally inflicted bodily injury on one of the remaining children that involve domestic violence.

As per the court papers, prosecutors mention that the late child suffered severe torture during his last five or six days. The torture was allegedly inflicted by the kid’s mother and her boyfriend.

The couple abused, beat, assaulted, and tortured the young child.

The couple’s torture of the child included whipping him with a belt and a looped cord, holding him by his feet and dropping him on his head repeatedly, as well as pouring hot sauce on the kid’s face and mouth.

The late child along with his other two siblings was denied food as a part of their punishment and hence suffered from malnutrition along with violence. Her own daughter shared this during a statement against these criminals. 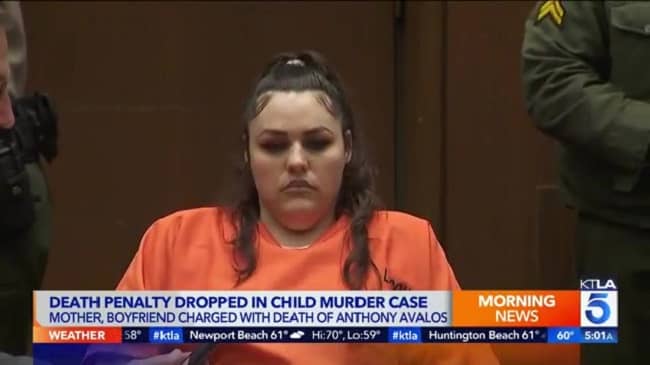 The Los Angeles County District Attorney’s Office was seeking the death penalty against both of these criminals on 28 August 2019.

However, the same authority dropped its bid for the death penalty of these criminals.

Instead, these two criminals could possibly face a maximum of life in prison without the possibility of parole.

This would be the case if they are convicted as charged. Moving on, this personality’s net worth and earnings are still under review.

Heather Barron stands tall at an approximate height of 5 feet 5 inches or 165 cm. Likewise, this personality has a weight of around 140 lbs or 64 kg.

Similarly, the criminal has brown eyes and hair of the same color.