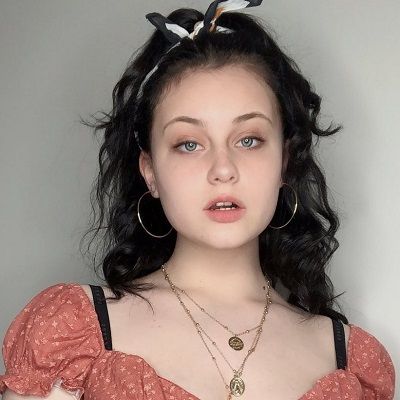 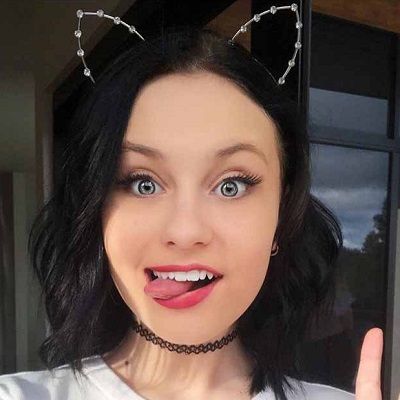 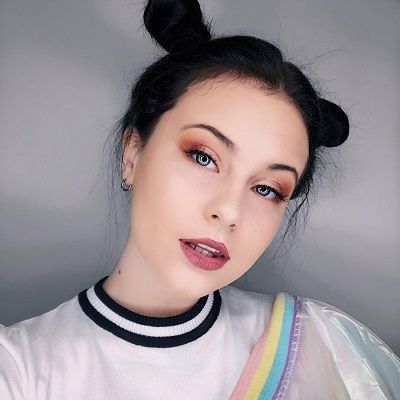 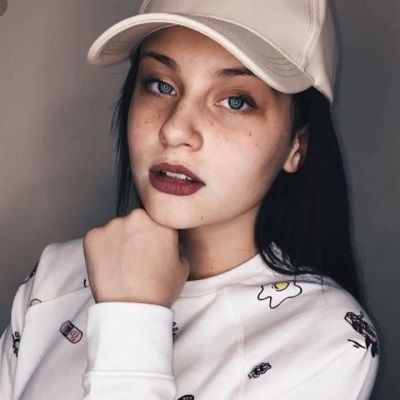 Hayley Stewart was born on 18th March 2004, in Melbourne, Australia. She is 17 years old as of 2021. Likewise, her zodiac sign is Pisces and she is Australian by nationality. She shared her childhood with her YouTuber sister Katlyn Stewart and featured in her YouTube videos. She is also her twin! Hayley also has a younger brother named WesBONEWesBONE. She was home-schooled as a child. Furthermore, her parents are English and American as well as Australian.

Hayley’s favorite food is Charcoal Chicken Chips with gravy and she hates seafood. She is gluten and lactose intolerant. Moreover, Hayley loves her little brother WesBONE and in true sisterly fashion forces him to follow her TikToks even though he hates social media.

Moreover, she loves Teen Wolf and occasionally binge-watches ‘Gossip Girl’ and ‘Pretty Little Liars.’ Hayley has two pets, a cat called Mugglesand a kitten named Fatty. Her favorite singers are Ariana Grande and Melanie Martinez. She recently attended a concert of the latter at Indiana, USA. 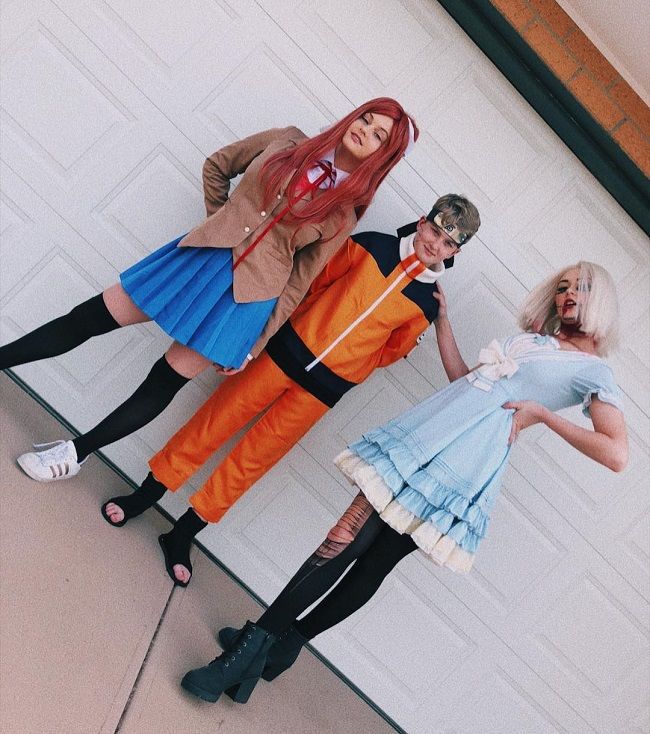 Caption: Hayley Stewart and her siblings in Halloween dress up. Source: Instagram

Hayley experiments with several video editing apps like Funimate and VideoStar to give her videos that extra zing. She does immaculate makeup and quirky looks for shooting her TikToks. She sports some hilarious expressions that tickle those funny bones. And she looks good. Even in the videos where she has scary makeup on!

Prior to social media fame, she also appeared on TV series Karaoke High. The series aired on TVNZ. Hence, she is also an actress in addition to being a social media sensation. She worked on the series in the year 2006.

Her fans adore her sparkly blue eyes and can’t seem to get enough of her TikToks. Her fans regularly send her artwork which she lovingly and proudly features on her Instagram. Hayley’s various tutorials on making awesome TikTok videos have received a lot of views on her YouTube Channel. Further, her fans love her for her candor as much as they drool over her gorgeous looks.

She is also known for her ‘Haylo Hayley’ YouTube channel, where she primarily posts commentary and tutorial videos. She joined her self titled YouTube channel on July 9, 2015. Hayley did a photoshoot with Flash Dance Photography. Some of her favorite YouTubers include iDubbbzTV, Rhett McLaughlin and Charles Lincoln Neal III. 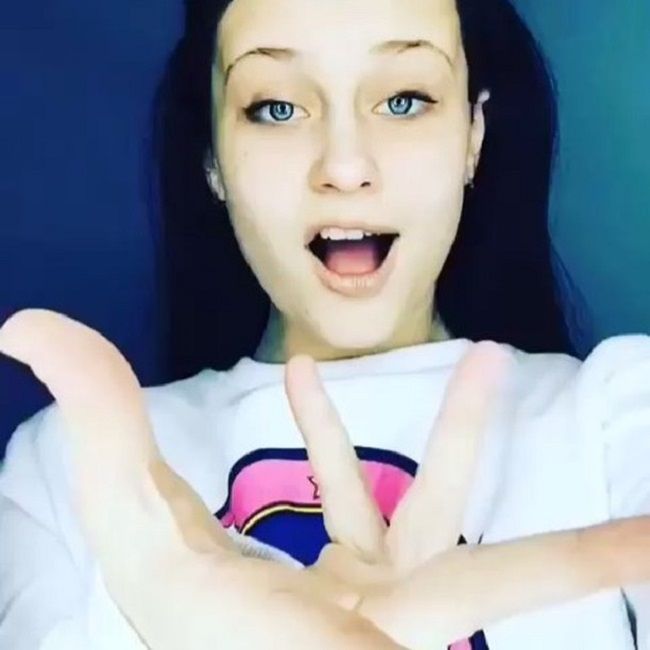 Hayley’s quirky personality shines through her TikTok and YouTube videos. Case in point, her bucket list includes riding a roller coaster for the first time and getting hypnotized. The little daredevil that she is, she is also just a bit upfront to her followers about her life. She is always experimenting with her hair, not only in hairstyles but also in hair colors.

A natural blonde by birth, so far, she has tried red, brown and even purple for her hair before settling with black. Her videos with her sister Kaytlyn, who’s also quite big on TikTok, are adorably realistic with the sisters squabbling and teasing each other over silly issues. She was amazingly supportive of Kaytlyn when her social media accounts got hacked. Together they set some pretty lofty sister goals.

Hayley has received a lot of flak for using swearwords often in her YouTube vlogs. She has also been accused of being a bully after she uploaded roasts of fellow TikTok stars, Jacob Sartorius and Loren Beach. Hayley and her sister both declared that they are not going to do these types of videos anymore and that they only did it because they were popular at the time.

She has not shared any information related to her dating history. In one vlog, her sister said that Hayley has a boyfriend but Hayley claims that she is happily single because she has her bed, her pizza, and her pet cat. However, Hayley might have full focus on her career development rather than involving in any kind of relationship.

On 30th July 2018, her sister, Kaytlyn Stewart, uploaded a video titled, NEVER HAVE I EVER WITH HAYLO HAYLEY, where she confirmed that she never had a boyfriend.

Beautiful Hayley has an amazing and attractive personality. She has a pretty face. She is 5 feet 7 inches tall in height and weighs around 42 Kgs. Hayley has got hazel eyes and dark brown hair color which makes her look even adorable. Her further details regarding her body measurements are not available. 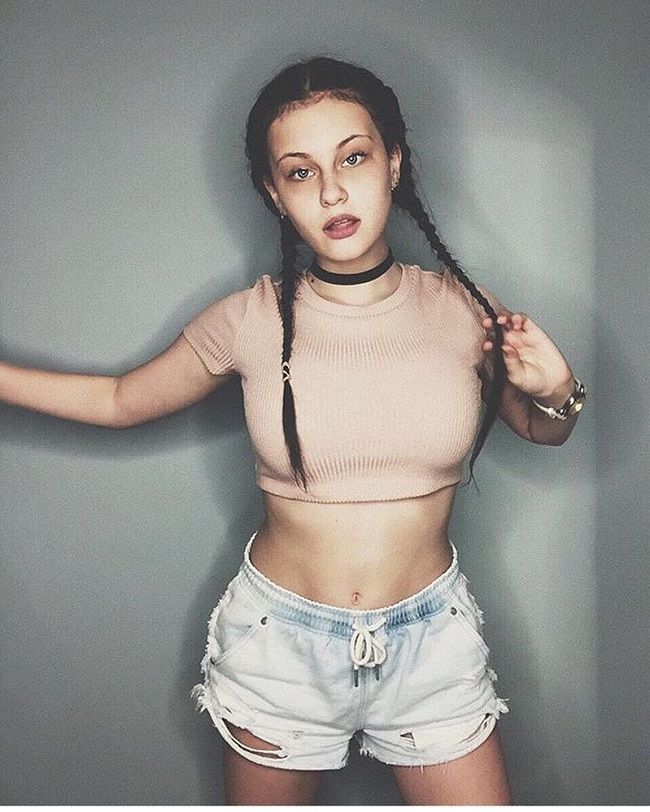 She is available on different social media platforms. She is active on Instagram under the username ‘@haylohayleyy’ where she has amassed over 50.7K followers. Hayley is quite famous on YouTube with more than 110K subscribers. Similarly, she has two TikTok accounts.

Now, talking about her earnings, she might earn a certain amount of money through her TikTok and YouTube videos. She might be enjoying her life with her friends and family at the moment. Her estimated net worth is around $50K.