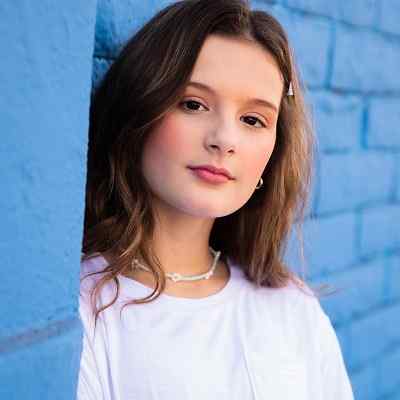 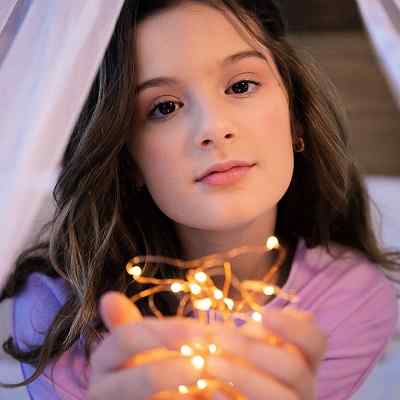 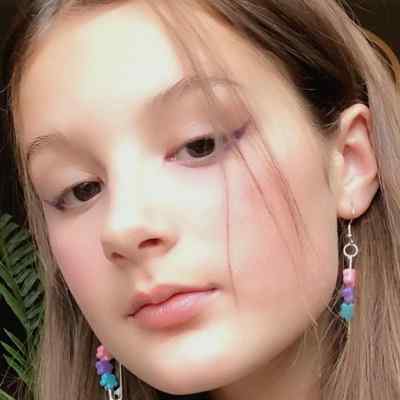 Hayley LeBlanc is an American star of one of the YouTube family vlog channel “Bratayley”. Hayley LeBlanc later signed with Disney’s Maker Studios. She plays the character Harmony on the web series Chicken Girls. Hayley has also appeared in the web series Mani. Likewise, in the year 2018, she began starring on the Brat web series Hotel Du Loone.

Hayley LeBlanc was born in Katy, Texas, USA, on September 2, 2008. She is 12 years old and her birth sign is Virgo. She holds the American nationality.

Hayley’s mother’s name is Katie LeBlanc and her father’s name is Billy LeBlanc. She is the youngest child in the family. And she lives in Maryland with her parents and her elder sister Annie. Hayley also had an elder brother who was the eldest of the siblings but he has passed away due to hypertrophic cardiomyopathy in the year 2015 at the age of 13. 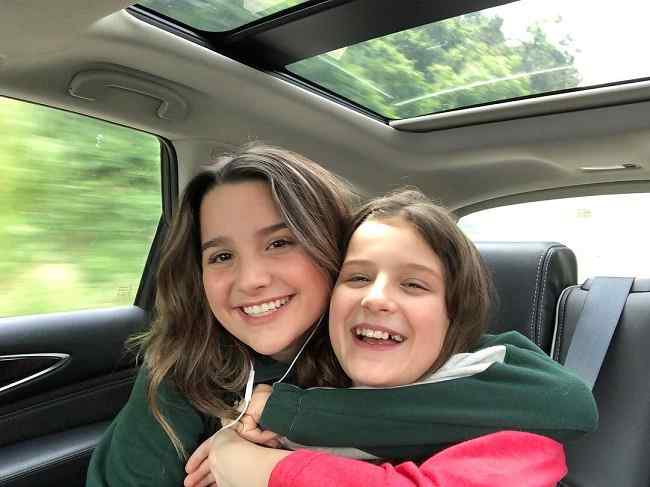 Likewise, Hayley has poor eyesight and even had to go through eye surgery. She also has three pet dogs and their names are Piper, Winnie, and Gigi, and also had other pets previously. Likewise, she is one of the three siblings that star on the YouTube family vlog channel “Bratayley”. She also appeared with her brother Caleb and sister Annie on another channel called “OMMyGoshTV”. Moreover,  Hayley is close friends with singer and fellow Chicken Girls star Carson Lueders.

Regarding her educational background and qualification, she and her siblings are homeschooled and this enables their parents to record their daily activities. However, Hayley recently decided to go to an actual school, possibly due to the fact that none of her friends from her gymnast team are homeschooled. And, she now goes to a private school called Indian Creek.

The Youtube channel “Bratayleys” has been present on YouTube since the year 2010. It was launched on December 10, 2010, and has altogether 3,856,504,294 views until now. Her parents also created the channel for her sister, Annie to post her gymnastics videos. Likewise, Hayley’s brother, Caleb, who sadly passed away in the year 2015, also had his own channel ‘FlimsyArrow’ in the year 2010.

The “Bratayley (brat + Hayley)” channel was originally created for Hayley LeBlanc, who sometimes behaved like a ‘brat’ as a little child. This channel occasionally featured her siblings in some of its videos. However, as the channel gained popularity, it became the official vlogging channel for the whole family, and they adopted ‘Bratayley’ as their web surname.

Their family channel can be a perfect representation of the vlogging trend that has taken over YouTube currently. All of their videos are quite entertaining as well as fun and worth watching. Likewise, the first-ever video posted on this Youtube channel is Bratayley. This video was uploaded on December 31, 2010, and has garnered 1.5M views to date. This video is a short video showing Hayley when she was really young.

Moreover, the most popular video on this Youtube channel is I’m Never Going at the Park AGAIN! (WK 61). This video was posted on March 2, 2012, and has mustered 67M views until now. And some of the other popular videos on the channel are The Bratayley Olympics (WK 82.4), High Flying Trampoline Flips (WK 224.7) | Bratayley, and She Messed with the Wrong Person! (WK 114.6). All of these videos have garnered more than 30M views until now.

Hayley’s family and their Youtube channel shared their last video on November 29, 2019. The title of the video is The End of an Era (WK 465) | Bratayley and has garnered 2.9M views until now. They did explain in the video that it is not their last video and would definitely return on youtube. However, since then, they have stopped sharing videos on their channel. But some of their fans are still hoping that Hayley’s family would return on Youtube.

The first video posted on her Youtube channel is Hayley’s 1st Meet EVER | elleoNyaH. This video was uploaded on December 23, 2015, and has garnered 2.3M views until now. The video was a gymnastics video of her. Likewise, the most popular video on this channel is Dancin’ With Miss Carrie | elleoNyaH. The video was posted on February 17, 2016, and has mustered 32M views until now. Moreover, Hayley’s individual Youtube channel is also popular with millions of subscribers. And is also gaining a lot more subscribers on the daily basis. 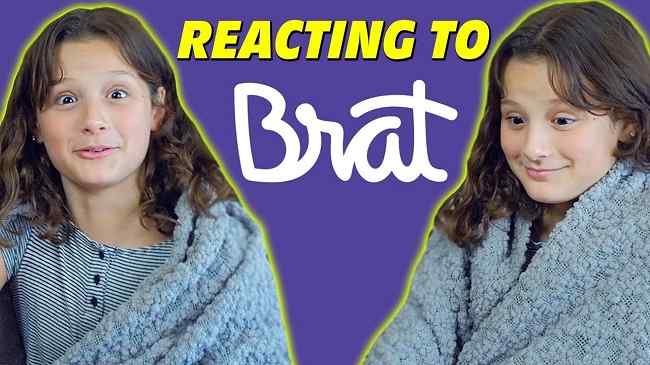 Hayley LeBlanc is quite a package despite her age. As a gymnast, she has already learned many skills. She can do a handstand, kick-over, cartwheel, round off, back handspring, press handstand on the ground, and many more. She enjoys cooking as well and would make cupcakes when someone’s birthday comes. Likewise, Hayley is so fond of cooking that she wants to be a chef once she grows up. And, she also considers being a teacher as an alternative.

Furthermore, she appeared with her brother Caleb and sister Annie on another channel called “OMMyGoshTV”. She also has an Instagram account and is quite popular on this social platform as well. In the year 2020, Hayley became a member of the “Run The World girl group”. Likewise, she recently met her favorite YouTube personality “Rosanna Pansino” who has a popular cooking show on YouTube.

Hayley LeBlanc has a height of 4 feet 10 inches and her weight is 42Kg. Her other body measurements such as chest size, waist size, and hip size are 31-23-32 inches respectively. And she has light brown hair and brown eyes. Hayley, who has curly hair, would often have her hair straightened as a child to look different and had the nickname Molly for that look. Moreover, her favorite food is mac and cheese and purple and white are her favorite colors. 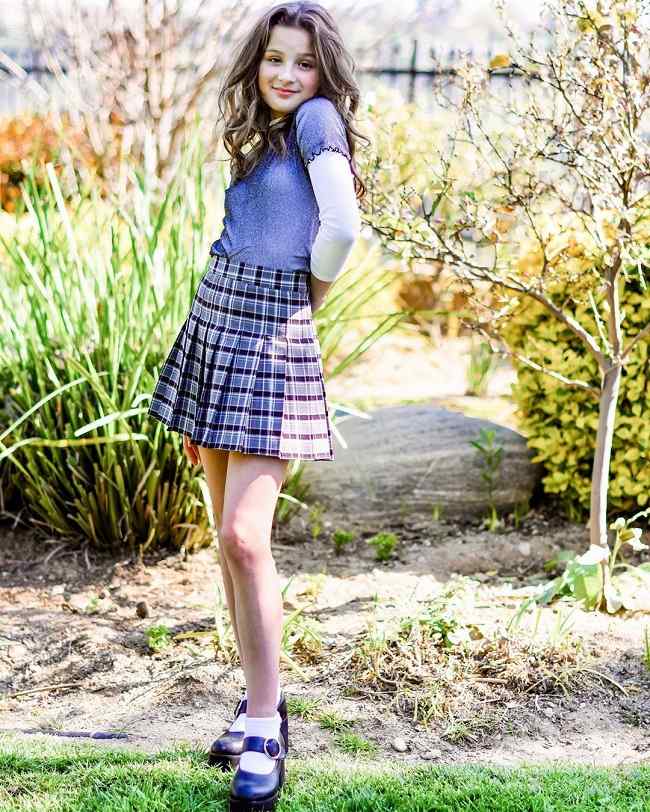 Hayley LeBlanc has mustered 1.53M subscribers on her individual Youtube channel whereas their family channel has 7.31M subscribers. Likewise, she has garnered 3.8M followers on Instagram but her account is handled by her mother.

Focusing on her earnings and income, she has a net worth of $115K. Her main income source is Youtube. Likewise, she has published 128 videos which all together add up to more than 99.8 million views. Moreover, she also has her own merchandise and earns from there as well.