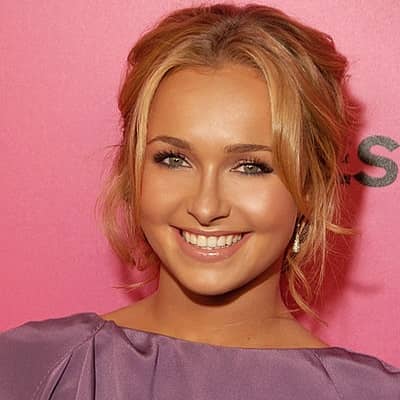 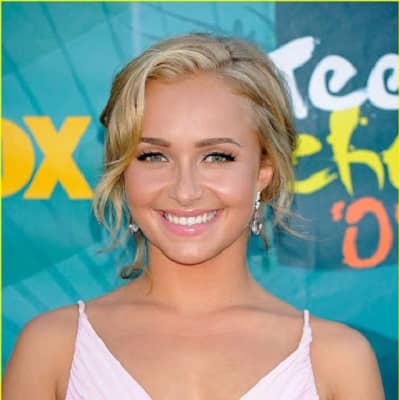 Hayden Panettiere was born on August 21, 1989, in Palisades, New York, the U.S. Her mother is Lesley R. Vogel, a former soap opera actress, and Alan Lee “Skip” Panettiere, a fire captain is her father. She has Italian ancestry and also some English and German. Her full name is Hayden Leslie Panettiere. She is 32 years old.

Likewise, she has one younger brother, fellow actor Jansen Panettiere. Her mother’s family lives in Indiana. She attended South Orangetown Middle School in New York. After that, she was home-schooled and had private tutors from grade nine to the completion of high school to accommodate her acting schedule. 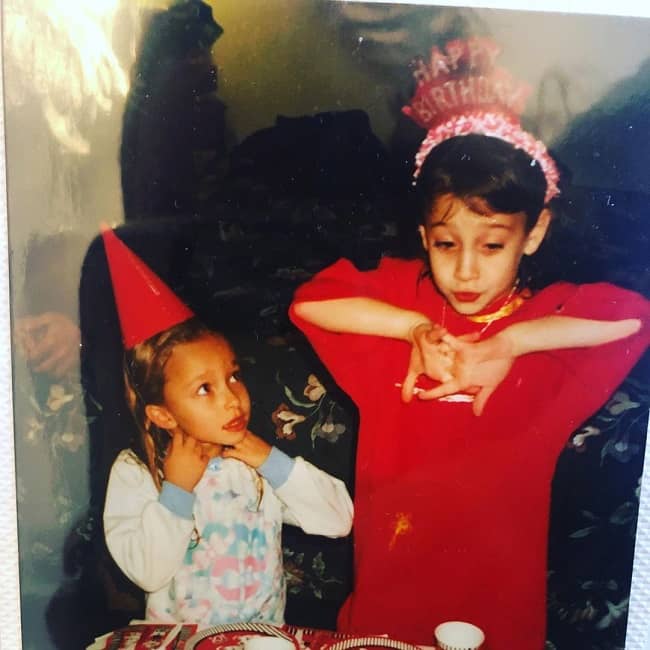 Her mother was an actress so it was only natural for Hayden to follow suit. So, just a month before her first year’s birthday, she appeared in her first TV commercial for ‘Playskool Toy Trains.’ Her stint in advertisements continued as she featured as an infant and toddler for ‘McDonald’s,’ ‘Hershey’s,’ and ‘Nix Lice Shampoo.’ Soon by the age of four, she became a pro model for advertising agencies.

She had her big break in television with the role of ‘Sarah Roberts in the ABC soap opera ‘One Life to Live’ in 1994. The series was on for three years till 1997.  In 1998, she played the role of ‘Lizzie Spaulding’ in the CBS soap opera ‘Guiding Light’ in which she starred from 1998 to 2000. Similarly, in 1999, she featured in the television movie ‘If You Believe.’ Then she started her career in films as well. Her first film was The Object of My Affection’ in which she played the role of a mermaid. After that, she did small roles in several films, including ‘Message in a Bottle,’ ‘Remember the Titans,’ ‘Joe Somebody,’ and ‘The Affair of the Necklace.’

In 2002, she played an important role as the title character’s daughter on Fox’s ‘Ally McBeal.’ Then she followed it up with a prominent role in HBO Films’ ‘Normal’ and a recurring role in ‘Malcolm in the Middle.’ Moreover, she also guest-starred in ‘Law & Order: Special Victims Unit in two different roles.

She also appeared in the ‘Disney Channel film ‘Tiger Cruise.’ Later, the NBC series ‘Heroes,’ offered her the role of ‘Claire Bennet.’ The show lasted till 2010 and she appeared in the lead role of a cheerleader who had regenerative healing ability. She did several films from 2004 to 2011 such as; ‘Raising Helen’ where she portrayed Kate Hudson’s character’s adolescent niece; ‘And Racing Stripes’ where she played one of the main roles.’  Likewise, ‘Bring It On: All or Nothing’ in which she appeared as a cheerleader; and ‘Shanghai Kiss’ where she played ‘Adelaide Bourbon.’

She also did voice roles in ‘Scooby-Doo and the Goblin King,’ ‘Alpha and Omega,’ and ‘Hoodwinked Too! Hood vs. Evil.’ In 2006, she guest-appeared on MTV’s popular show ‘Punk’d.’ She also hosted an episode of the new series in April 2012. The same year, she played the lead role in the ABC musical drama Nashville.’ In the series, she cast opposite Connie Britton. A regular on the show, she reprised her role in six seasons until 2018. Her small screen includes ‘Lip Sync Battle’ and ‘Chopped Junior.’

In the early-2010s, she appeared in ‘Scream 4.’ In the film, she played the role of ‘Kirby Reed.’ During this period, she also voiced the character of ‘Red Riding Hood’ in the animated film ‘Hoodwinked Too! Hood vs. Evil.’ In 2016, she was featured in the film Custody,’ alongside Viola Davis. The pair had previously worked together for ‘The Architect.’ She then reprised her role in the video game sequel ‘Kingdom Hearts Birth by Sleep.’ Then she voiced ‘Xion’ in ‘Kingdom Hearts 3D: Dream Drop Distance.’ Apart from acting, she has also pursued her singing career.

She has sung songs for films, such as ‘A Bug’s Life,’ ‘Tiger Cruise,’ ‘The Dust Factory,’ and ‘Ice Princess. Her first single ‘Wake Up Call’ was released in 2008. Additionally, she recorded several songs for ‘Nashville,’ which were released as singles and included on the show’s soundtrack album. Moreover, she was the cover girl for ‘Neutrogena’ and also appeared in the Heroes-themed ‘Got Milk?’ ad. She also worked as a designer for the handbag brand ‘Dooney & Bourke’ from 2007 to 2008, designing limited-edition handbags. She also modeled for the brand.

‘Young Artist Awards,’ nominated her for her role in the movie ‘If You Believe’. Similarly, one of her songs received ‘Grammy’ nomination. She has been earning an enormous amount of money from her acting, modeling, and singing career. Her estimated net worth is $15 million dollars and her salary is $75 thousand per episode.

As of now, she is single. Hayden had dated Milo Ventimiglia, her colleague from December 2007 to February 2009. In 2009, she met then-world heavyweight boxing champion Wladimir Klitschko. They soon began dating but separated after two years. In April 2013, they reconciled and resumed their romantic relationship. 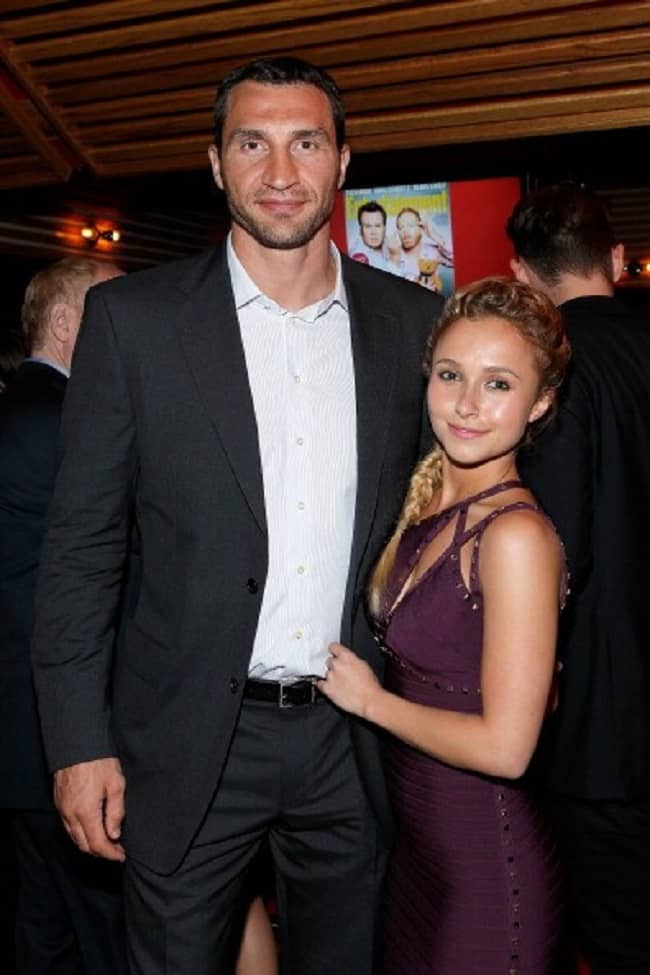 They engaged by October 2013. In December 2014, they welcomed their first child, a daughter named Kaya Evdokia Klitschko. In 2015, she stated that following the birth of her daughter she experienced postpartum depression. Also, In her appearance on Live with Kelly and Michael, she even spoke that it’s “scary and needs to be talked about”. In October, she voluntarily checked into a facility for processing, causing her to miss filming for a few episodes of Nashville.

In May of 2016, she returned to treatment. Her mother confirmed in August 2018 that the couple has split but remain on friendly terms. In 2018, she started dating Brian Hickerson after her break up with Klitschko. In 2020 the duo broke up after he got arrested for corporal injury on a spouse/cohabitant, assault, and threatening a witness (her). The charges arose from alleged conflicts. between May 2019 and June 2020.

Hayden has beautiful green eyes and blonde hair. She stands at a height of 5ft (152 cm) and she weighs about 53 kg. She is very active in her social media accounts. 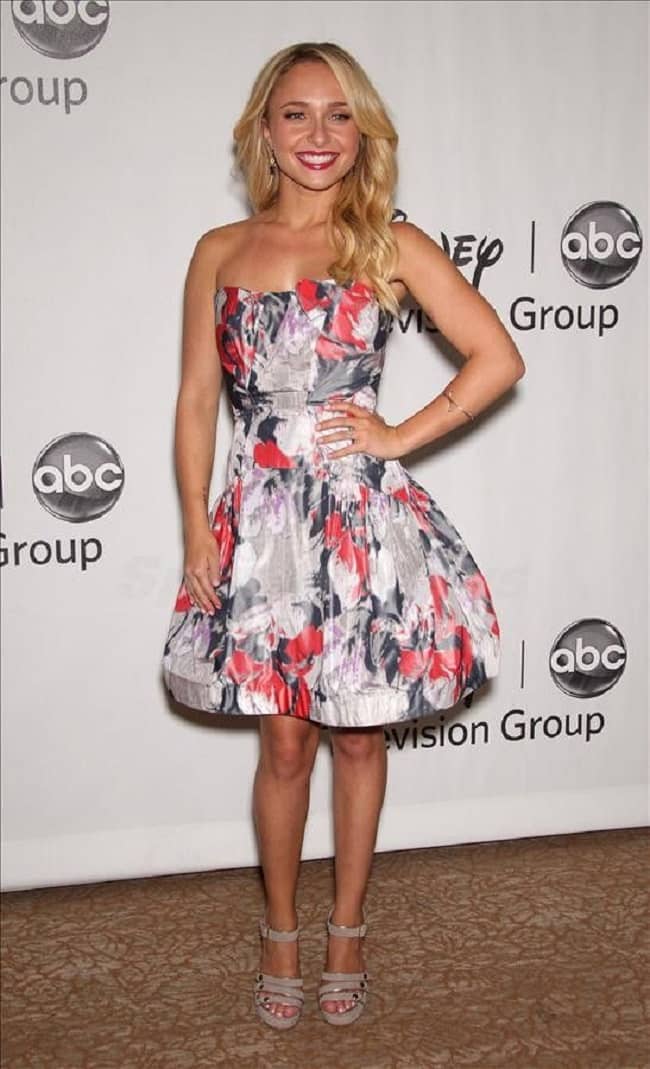