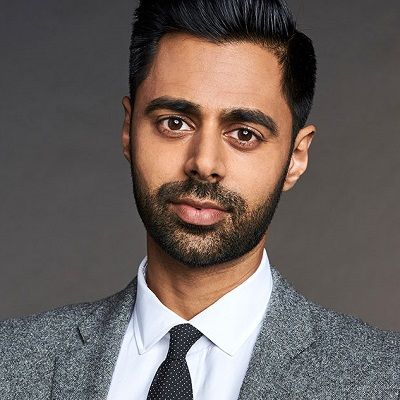 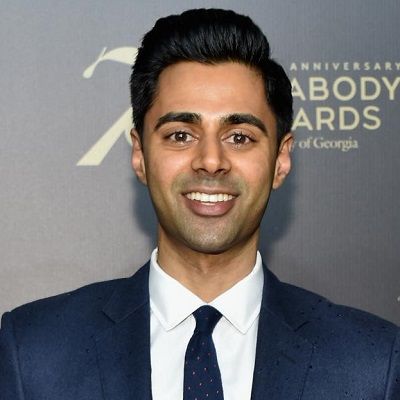 Hasan Minhaj is an amazing American actor and a comedian who is currently a Senior Correspondent for ‘The Daily Show’. Hasan Minhaj is also a writer, producer, political commentator, actor, television host, and best known for his Netflix show “Patriot Act with Hasan Minhaj”. As a host, he hosted the web series titled ‘The Truth with Hasan Minhaj’ and the documentary ‘StandUp Planet’.

Hasan Minhaj was born on 23rd September 1985 in Davis, California, USA, to Muslim parents Najme Minhaj and Seema. He is currently 36 years old. His parents had migrated from India to Davis, California where he was born and raised. He belongs to American nationality.

Minhaj’s mother moved back to India for eight years to complete her studies but he remained in the USA with his father. In between those years, his mother visited the USA and gave birth to his sister, Ayesha Minhaj, in 1989. His sister Ayesha is an attorney in the San Francisco Bay Area. Similarly, Minhaj is a university graduate. He graduated from the University of California where he majored in political science. 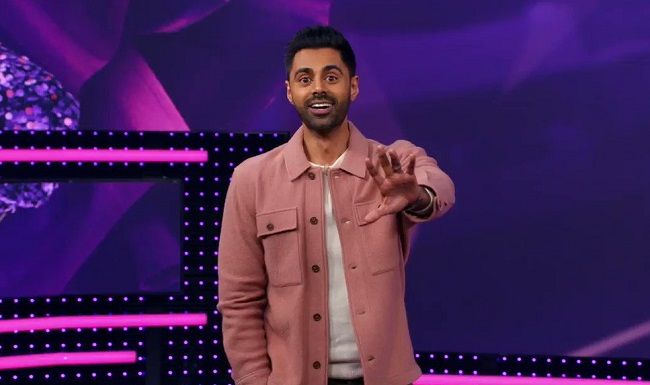 Hasan was interested in comedy since his college days. He began performing comedy by himself after watching Chris Rock’s stand-up special ‘Never Scared’. In the year 2008, the comedian won a “Best Comic Standing” competition as a result of which he got the chance to work for Gabriel Iglesias, Pablo Francisco, and Katt Williams.

After this, he performed on ‘Stand-up for Diversity’ on the NBC channel and became the finalist of the show. In 2011, he was cast in the sitcom ‘State of Georgia’. Also, he got an opportunity to play various roles on MTV’s ‘Disaster Date’. Recently after that, he got the YouTube show ‘Failosophy’.

In 2013, the American actor and comedian starred in shows ‘Getting On’ and ‘Arrested Development’. In the same year, he hosted the documentary ‘Stand Up Planet’. Then another year, he hosted his web series named ‘The Truth with Hasan Minhaj’.

Hasan has also lent his voice to the character played by Rabi Ray Rana for the video game series ‘Far Cry 4’. Similarly, he joined the team of ‘The Daily Show’ around that time. In October of the year 2015, his show ‘Homecoming King’ premiered Off-Broadway.

Similarly, on 18th June 2016, Minhaj hosted the ‘Radio and Television Correspondents Dinner’. Then in April 2017, he was selected as a featured speaker for the 2017 White House Correspondent’s Dinner. There he took a dig at American politics, Washington D.C. society, current events, media, Washington press corps, the president, and so on. The rising comedian even didn’t hesitate to criticize Donald Trump for boycotting the dinner. He also got an opportunity to work in the movie ‘The Spy Who Dumped Me’ in 2018. 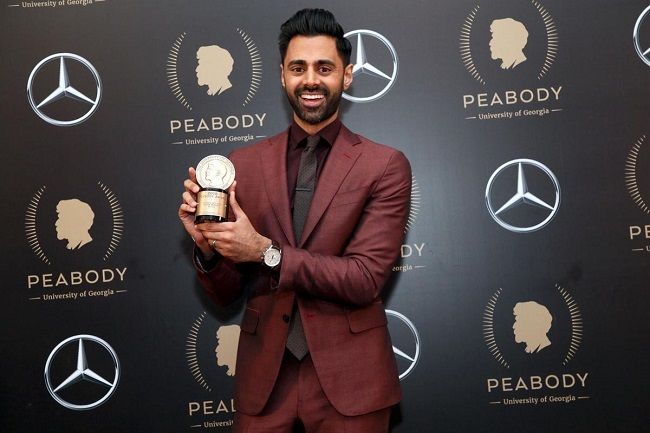 Minhaj’s current net worth is estimated to be approximately $4 million as of 2020 and he is slowly making his way up for joining the top ten highest-paid comedians list. He earned all this money from his ѕtаgе ѕhоwѕ, comedy, and hоѕtіng vаrіоuѕ ѕhоwѕ.

Handsome and talented comedian Hasan is a straight male. In January 2015, he married a Hindu woman named Beena Patel. She is quite supportive and loves him a lot. They welcomed their first child on 23rd April 2018. Minhaj announced the birth of their daughter on 23rd April 2018 by posting a photo of the child’s foot on Instagram with the beautiful caption, “Welcome to the world baby girl”.Recently, on 2020 he welcomed a son and now he a proud father of two children. 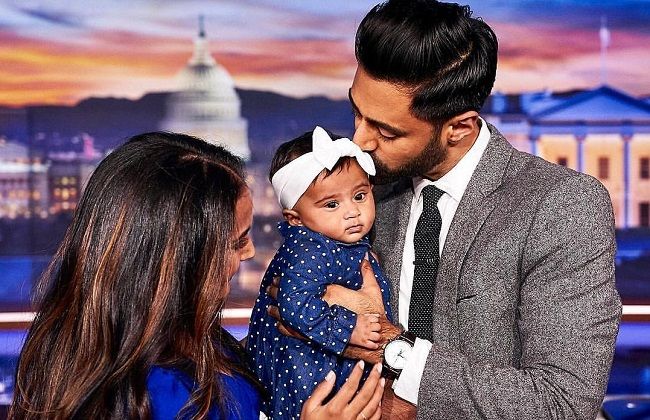 Comedian Hasan Minhaj’s ‘Patriot Act’ released on Netflix and posted on YouTube on Sunday has bumped into a new controversy. That episode covered nearly all facets of Indian politics. There he discussed everything from Modi and Rahul Gandhi to the RSS and corruption at the time of Congress-rule.
Some people even initiated a hash-tag against him, calling Twitter to ban him whereas many people lauded the episode. In fact, these rumors didn’t affect his fans at all.

Hasan has an amazing personality with a fit body. He is tall at 6 feet height and he weighs about 75 kg. His eyes look black in color and his hair also seems to be black. His biceps size is 12 inches and his chest-waist-hip size is 40-34-35. However, we don’t know any details regarding his shoe size and dress size.

Hasan is available on different social media platforms. This gentleman has become able to win the heart of millions of people around the globe. He has earned about 654 followers on Twitter and 1.3 million on Instagram. Similarly, he has 971 k subscribers on his YouTube channel named “Patriotic Act” with 106 videos on it.