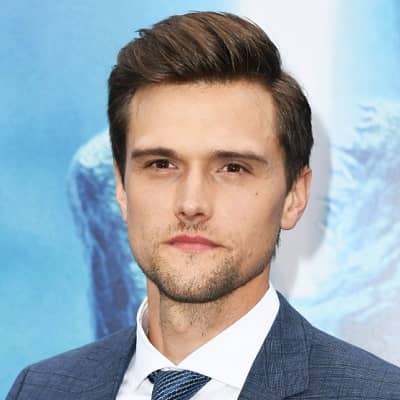 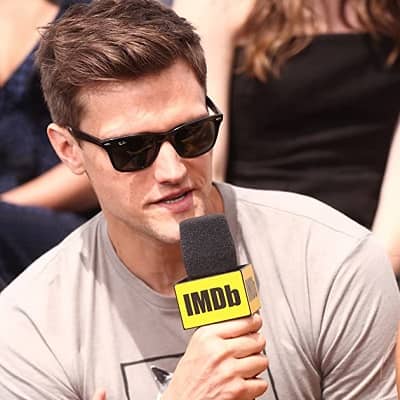 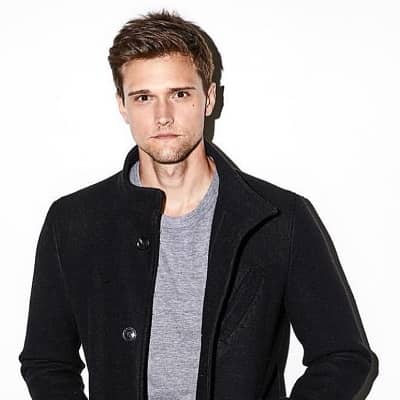 Hartley Sawyer was born on January 25, 1985, and his age is currently 37 years old. Hartley’s birthplace is Goshen, New York, U.S., and his zodiac sign is Aquarius. Talking about his family, Hartley has a brother named Jansen. Other than this, there is no further information regarding Sawyer’s parents and other family details. 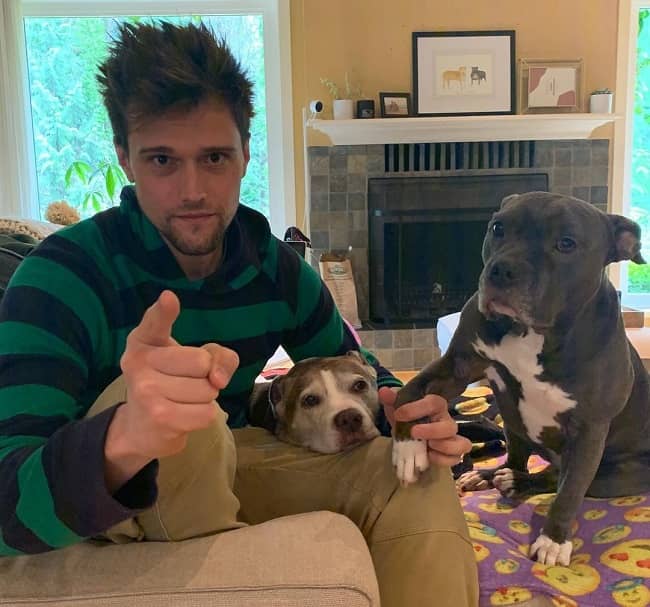 Caption: Hartley Sawyer posing for a photo with his pet dogs. Source: Instagram

Professionally, Hartley Sawyer is a famous actor. Hartley is famous for his role as Kyle Abbott on The Young and the Restless. The aforementioned is a CBS Daytime soap opera. Similarly, Hartley is also popular for playing the role of Ralph Dibny/Elongated Man on The Flash, a CW series.

Sawyer made his film debut in the year 2006. It was with the role of the character Andrew Kipling on Thursday. Likewise, he made his TV series debut in the year 2008 with I Am Not Infected playing the role of one of the main casts, Hartley. The actor first became popular with TV audiences in 2010 This was after he landed the role of Brian Sommers in the comedy Glory Daze. Since then, Sawyer went on to play Bozeman Peacham opposite Kristin Chenoweth on GCB as well as memorable guest appearances on Don’t Trust the B in Apt. 23.

Moreover, the actor is an active supporter of various national and local animal welfare organizations. Some of them are Angel City Pit Bulls and No-Kill Los Angeles among others. Furthermore, the actor also did voiceover work for the first-person shooter game Call of Duty: Black Ops III in the year 2015. 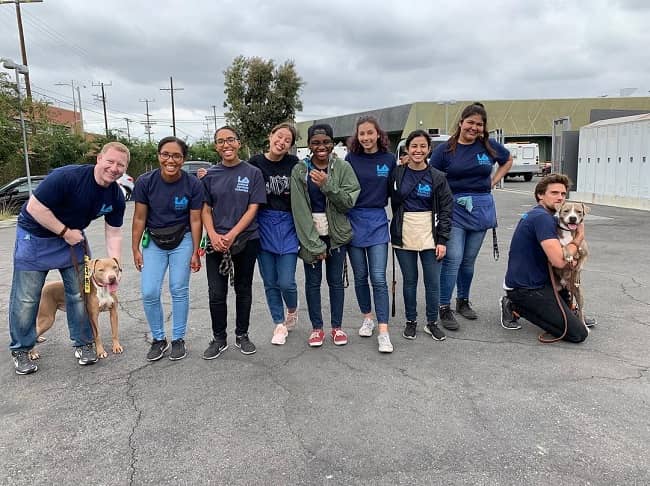 In March 2013, Hartley Sawyer bagged the role of Kyle Abbott on the CBS Daytime soap opera The Young and the Restless. The young actor then made his debut on 24 April 2013. However, there was an announcement in December of the same year that Hartley would exit the role of Kyle Abbott. Therefore, the actor made his final appearance on this show on 27 January 2014.

Then in the year 2014, Hartley appeared in the thriller Kept Man and the Geek & Sundry superhero comedy Caper. The same year, the actor also starred in Suburgatory as a janitor in the episode titled “Les Lucioles”. The next year, Hartley Sawyer hosted and co-wrote the documentary series Courageous Leaders. He also starred in the Wall Street drama SPiN, in The McCarthys as Daniel in the episode “The Sister Act”, and in Filthy Preppy Teen$ as Nathaniel in the episode “The Island”.

In the year 2016, Hartley appeared in the TV shows Laura and Single by 30. Likewise, in July 2017, the actor was cast in The Flash as Ralph Dibny/Elongated Man. His character in this series is a fast-talking private investigator who can stretch his body to any shape or form. Hartley’s character first appears in the 4th episode of the 4th season, i.e. episode “Elongated Journey Into Night”. Then in June the following year, Hartley was promoted to series regular.

Moreover, in May 2020, several of Sawyer’s racist and misogynist Twitter posts from 2009 to 2014 resurfaced. this was after the actor made comments about the “Black Lives Matter” movement. The American actor apologized on his Instagram account on May 30 following this. The actor said:

“My words, irrelevant of being meant with an intent of humor, were hurtful, and unacceptable. I am ashamed I was capable of these really horrible attempts to get attention at that time. I regret them deeply.”

Following this, Hartley deleted his Twitter account. A week later, The Flash fired Sawyer from his role. 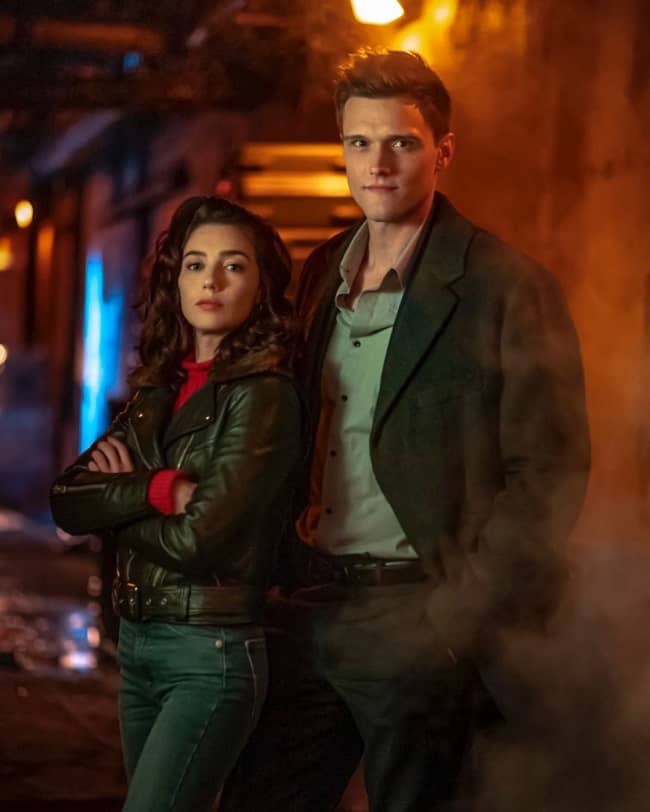 Caption: Hartley Sawyer posing for a photo with a fellow cast of ‘The Flash’. Source: Instagram

Moving on, Hartley Sawyer has a net worth estimation of approximately $7 million US dollars as of 2022. However, there is no information about his salary, cars, assets values, houses, endorsements, and so on.

There is no verified information regarding Hartley Sawyer’s love affairs and relationships. The actor also has yet to share social media posts indicating his current or past relationship status and affairs. Nevertheless, the actor might be more focused on his acting career rather than involving in relationships, affairs, and controversies. Or it also might be that Hartley is in a relationship and is adamant about keeping his relationship status hidden from the public. As of now, it is safe to say that he is single.

Hartley Sawyer stands tall at an approximate height of 6 feet 3 inches or 190.5 cm and her body weight is around 80 kgs. Other than this, there are no details regarding Hartley’s other body measurement details like his chest-waist-hip measures, dress size, shoe size, etc. Moreover, Hartley has brown eyes and blonde hair.

Talking about his social media presence, Hartley Sawyer is available on Instagram under the username @hartleysawyer. So far, the actor has shared 717 posts and earned over 464k followers. However, he has not shared any new posts and the last post available on Sawyer’s Instagram account dates back to May 31, 2020. Around the same time, Sawyer also deleted his Twitter account.